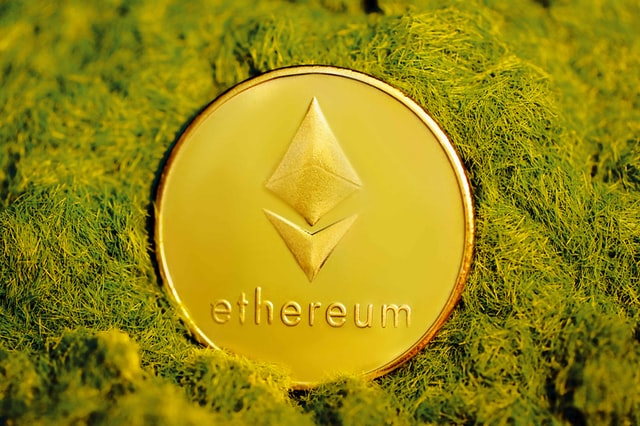 At a subreddit called “r/ethereum,” an anonymous man – most likely an Ethereum trader – asked, “Did I just lose half a million dollars by sending WETH to WETH's contract address?” That question also served as the title of his post, but he already deleted it.

Good thing cryptocurrency online resource CryptoPotato saved a copy of the post. It quoted the unfortunate trader as saying: “Sent ETH to WETH contract and got WETH back.”

The trader added that he learned that’s “how the contract works” after doing some Google research.

“Assumed it works the same way backwards and sent WETH back to the contract. No ETH back. Apparently you have to use a frontend to get the ETH back. ETH lost forever.”

Ethereum’s analytics platform Etherscan still shows, as of this writing, the proof of the ill-fated transaction, according to crypto website Cointelegraph.

One Redditor revealed that the anonymous male trader was “an old timer” and “bought/mined those coins back when they were cheap.”

Another Redditor remarked that such incident should be tackled “before crypto can become mainstream.” More than two thousand Redditors upvoted this comment in what could be a show of sympathy to the trader and a call for concern for everybody else involved in cryptocurrency trading.

So, what is this wrapped Ethereum (WETH) all about that even an experienced crypto trader got it all wrong?

What Is A Wrapped Ether?

Cointelegraph explains that blockchains are distinct from each other as each of them have their own functionalities and set of rules. They also have different algorithms, and for that, they “cannot talk to each other.”

That’s also what Binance, a digital asset exchange, stated on its website. It also pointed out that because of these differences, one cannot just transfer coins from one blockchain to another blockchain.

This is where wrapped tokens come in.

Wrapped tokens aid in blockchain interoperability because by having them around, there will be, according to Binance, “more bridges between different blockchains.”

In other words, a wrapped token is a cryptocurrency’s wrapped version of “a token of that asset on other blockchains,” according to CryptoPotato.

Why the term “wrapped?”

One example of a wrapped token is wrapped Ethereum.

“Wrapping” affects cryptocurrencies by making them interoperable and not by increasing or diminishing their value.

Is WETH Better Than ETH?

Price sensor and portfolio manager Balancer identified which one is cheaper between the two. The cheaper one is better in terms of how much money one can save, right?

Between wrapped Ethereum and Ethereum, Balancer said, “WETH is slightly cheaper.” It’s cheaper when it comes to gas fee.

When you transact (or do other things) on the Ethereum blockchain, you must pay for it. The payment or transaction fee is referred to as “gas.”

As of this writing, the price of wrapped Ethereum (WETH) was $2,620.83, according to CoinMarketCap.

To “unwrap” a wrapped token means to redeem the value of the original asset/original crypto it corresponds to or represents, according to Binance.

So, “wrapping” and “unwrapping” both equate to converting. You simply trade coins/tokens when you “wrap,” according to financial website Coinspeaker.

Per CoinMarketCap, trade Ethereum (ETH) to wrapped Ethereum (WETH) to convert ETH to WETH. Your crypto wallet – where you put your cryptocurrency – must have some Ethereum before you trade. One example of a crypto wallet is MetaMask.

To convert or to unwrap WETH to ETH, you just need to trade again.

Both conversions (the wrapping and unwrapping) can be done in a decentralized exchange (DEX).

On the Ethereum blockchain, one DEX that runs on it is Uniswap. CoinMarketCap also mentioned OpenSea, a non-fungible token (NFT) marketplace.

Create an account in a DEX of your choice. Also, get one for your crypto wallet. Then follow the steps indicated by the DEX and the crypto wallet you signed up for on how to convert WETH to ETH and vice versa.

A number of Redditors took the wrapped Ethereum incident as a chance to underscore the importance of banks. They pointed out what these financial institutions can do in case of transactions handled incorrectly.

While there were a few Redditors who said that it’s the fault of the trader, some argued that understanding the technical aspects of crypto trading is one tough task.

The different terms and jargon alone support such claims of difficulty.

It seems the incident will again impact how people outside the cryptocurrency community will view wrapped Ethereum (WETH), Ethereum, Bitcoin, and all the other cryptocurrencies.