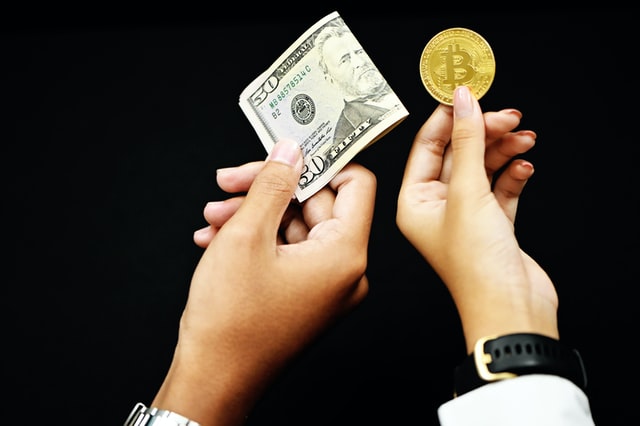 The first month of 2022 was only about to reach its first half when a news broke out reinforcing another prospect for a crypto mainstream adoption in the U.S.

Cryptocurrency enthusiasts may recall that the first week of 2009 had barely started when Bitcoin was mined for the first time.

It seems ushering in the New Year was a piece of good news that would delight everyone involved in cryptocurrency.

On January 13, 2022 – 13 years after Bitcoin’s launch on January 3, 2009 – two American companies announced the finality of a business deal five months after an initial public notice.

It created a buzz in the cryptocurrency world because the contract ushered in a new opportunity for crypto mainstream adoption. 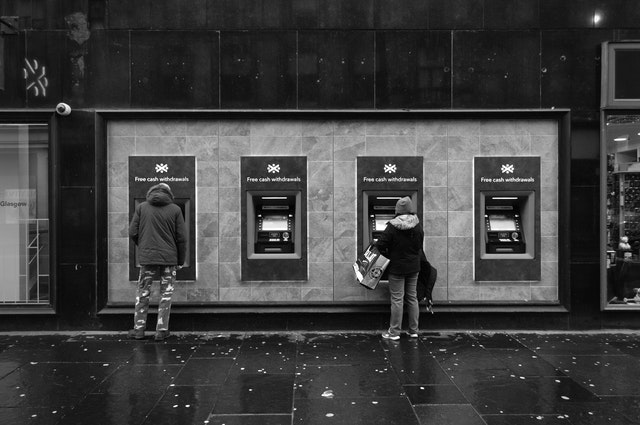 NCR and LibertyX publicly announced the acquisition deal on August 2, 2021. On January 13, 2022, NCR released a statement on its website about the deal’s success but mentioned nothing about payment figures.

The event could be quickly dismissed as another business news regarding a company expansion, but for those in the cryptocurrency community, it’s one momentous occasion. For one, it’s another door of opportunity opening widely for crypto mainstream adoption.

As one Redditor excitedly put it, albeit with a hint of disappointment: “One of the biggest events in history has just occurred and no one is paying attention.”

According to its website, LibertyX (est. 2013) just happens to operate “the largest network of local stores” in the U.S. where one can personally buy Bitcoin using cash or debit card.

Through LibertyX’s cryptocurrency software platform, people can purchase Bitcoin – the most popular and strongest crypto right now – “from an ATM, cashier, or kiosk” in America.

Abroad, NCR operates in 180 countries, according to a January 2018 press release. Imagine the ensuing impact of the said sealed business deal to crypto mainstream adoption.

Based on an annual report filed in February 2018 at the U.S. Securities and Exchange Commission (SEC), Cardtronics disclosed that it’s “providing services to over 230,000 ATMs.” Thus, it proclaimed itself as “the world’s largest ATM owner/operator.”

With Cardtronics, LibertyX, and LibertyPay all under its belt, NCR has become a driving force when it comes to cryptocurrency transactions.

As stated in the 2022 press release, the purchase of LibertyX “accelerates NCR’s ability to rapidly deliver a complete digital currency solution to its customers.”

Not only that, it gave NCR “the ability to buy and sell cryptocurrency, conduct cross-border remittance, and accept digital currency payments across digital and physical channels.”

That infographic and the link to the NCR press release was the one shared by the Redditor (“u/grit_and_gratitude”) at the subreddit “Bitcoin - The Currency of the Internet (r/Bitcoin).” Created in September 2010, it has 3.8 million members as of this writing.

However, its moderator(s) deleted the post and labeled it “misleading.”

Will the thrill be fleeting for this latest episode in the ongoing saga of crypto mainstream adoption? 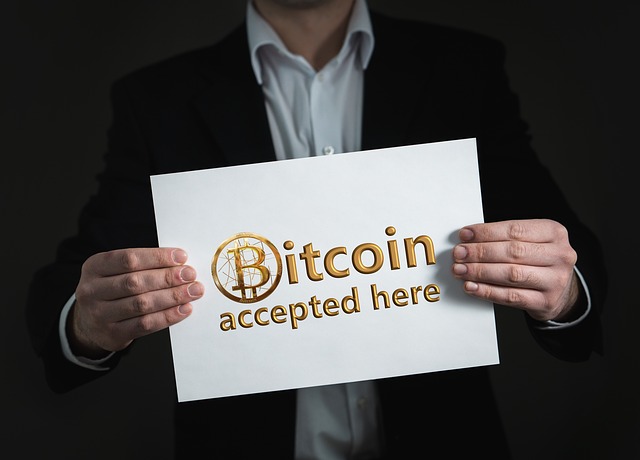 At “r/Bitcoin,” hundreds seemed to appreciate NCR’s move, but there were also hundreds of members who didn’t find it “a big deal.”

In fact, there were more members who agreed to a comment that while such a move was “a step in the right direction” towards a crypto mainstream adoption, ultimately, “it’s not much.”

The same comment stated that it’s not issues concerning technology that “has been holding Bitcoin back” but other ones, such as “tax status.”

In December 2021, crypto news site Cointelegraph interviewed more than 30 people professionally involved in the business of cryptocurrency about the state of crypto mainstream adoption.

All of them expressed optimism towards it, mostly citing figures and statistics to support their individual claims, but have remained pragmatic with their views and forecasts.

Many identified the ease of use or simplification as one factor that should be addressed along with existing regulatory barriers.

There were those who mentioned about the growing NFT (non-fungible token) market, which succeeds in generating and sustaining interests in cryptocurrency.

What Companies Have Adopted Cryptocurrency? 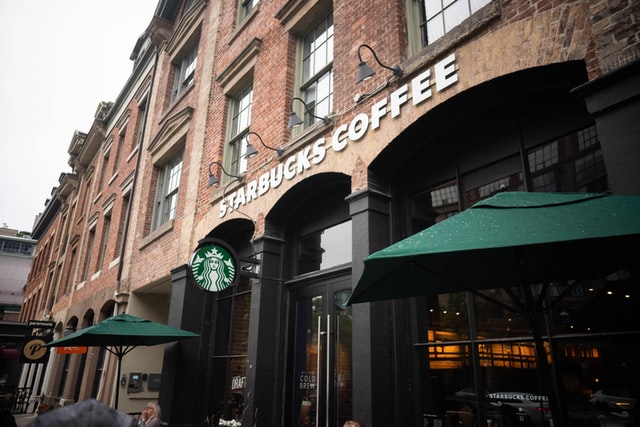 Seasoned Elliott Wave trader Lisa Edwards, in her interview with Cointelegraph, said that crypto mainstream adoption “is very much in its beginning stage.”

With more than 20 years of trading experience, Edwards added that crypto mainstream adoption “has a long way to go” for the general public to gain a good understanding of how cryptocurrency works.

In the case of some giant firms, however, it already embraced it.

Some of the big-name companies that accept cryptocurrency payments as of August 2021, according to Yahoo! Finance, include the following:

In an article updated in January 2022, 99Bitcoins.com mentioned:

(5) The Internet Archive and The Pirate Bay

Aside from the above-mentioned companies, the site listed more than 60 small and mid-size enterprises (SMEs) supporting crypto mainstream adoption by accepting Bitcoin payments.

Is There A Future For Cryptocurrency? 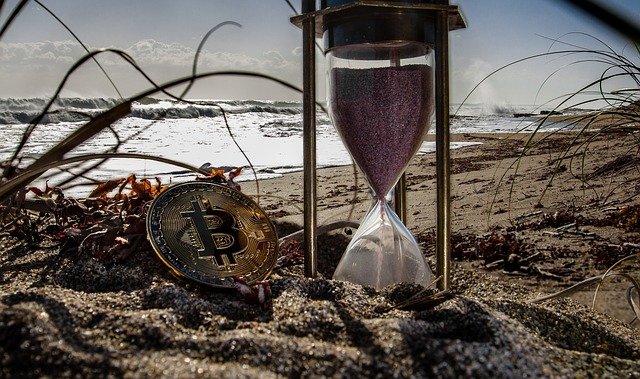 A Bitcoin beside an hourglass on the sand at the beach

For one internationally recognized top researcher, the answer is “a resounding ‘Yes.’”

In his article for Auburn University–Harbert College of Business published in January 2021, Jim Barth identified four factors that would aid cryptocurrency to reach “unprecedented new heights.”

These factors by Barth were the same ones identified by the professionals interviewed by Cointelegraph.

In Stanford’s undated interview with Stanford Law School Professor Joseph A. Grundfest, he was “skeptic” about cryptocurrency.

The Stanford article indicated that, according to Prof. Grundfest, residents of “countries with weak currencies” may find more financial rewards if they will invest “in Bitcoin than buying local stocks and bonds.”

Chesnais projected that over 1 billion people across the globe will steer crypto mainstream adoption as they don’t possess bank accounts.

A 2021 Allied Market Research report also provided a rosy outlook, according to CoinDesk.

The report predicted that from 2021 to 2030, the global crypto market could attain a 12.8% yearly growth rate.

As for 2022, the experts interviewed by InvestorDaily expressed high hopes about crypto’s growth.

The future of cryptocurrency and crypto mainstream adoption depend on two things: participation and number of participants.

For Investopedia, the operative word is acceptance: “widespread acceptance among consumers.”

That’s also the opinion of many of those interviewed by Cointelegraph. They believe that participation from more people and organizations will help digital currency to become mainstream.

As a warning, though, InvestorDaily and Investopedia reiterated the sentiments of most people: how regulations and legislations hamper crypto’s mainstream journey. So, these should be constantly addressed.

For now, considering cryptocurrency’s volatility and its current status as “a new and speculative investment,” according to financial site NextAdvisor, a crypto mainstream adoption continues to proceed slowly but surely.