Nuclear Waste Import - When The Unwanted Gets Wanted 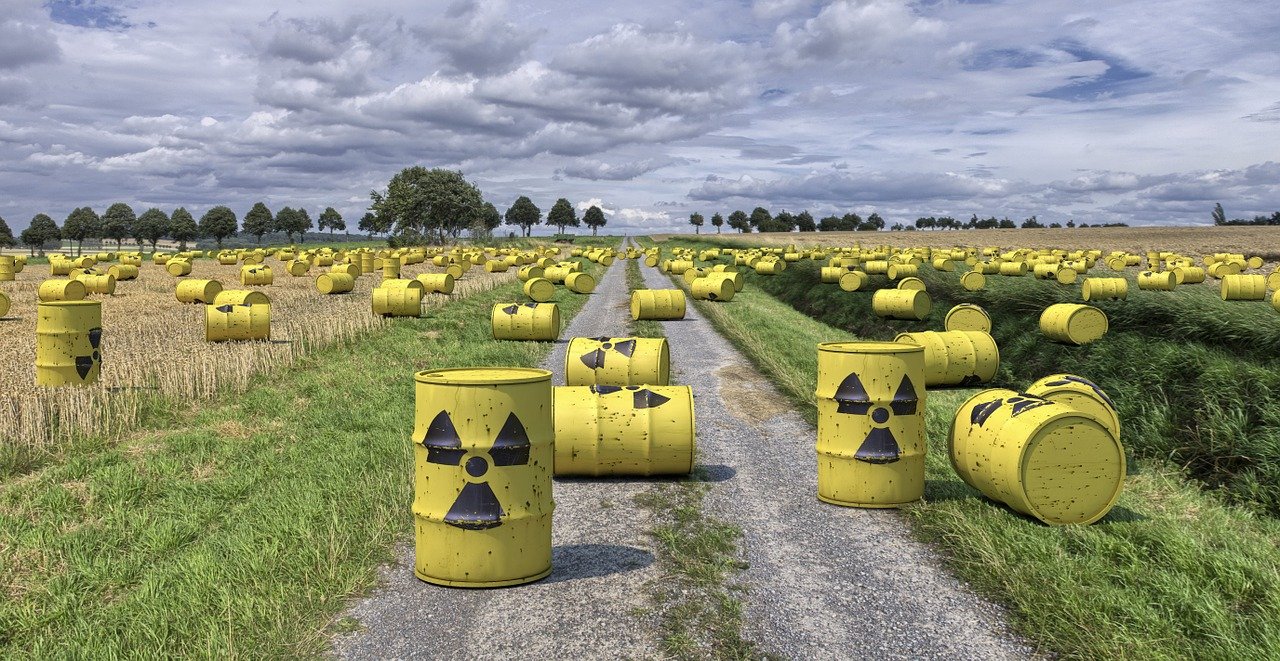 While the idea of becoming a nuclear dumping ground doesn’t sit well on any nation, a nuclear waste import happens.

It does because: money.

As straightforward as that.

Governments spend billions of dollars to dispose of nuclear waste within their territories.

Wealthy nations would sometimes consider spending billions more just to have them disposed of somewhere else.

The United Kingdom does that.

And money is just one factor.

For everyone’s information, nuclear waste can be recycled.

They can be reused to make new fuel, for example, to operate nuclear power plants.

The United States used to do that.

France and Russia still do it.

Thus, while the idea of making a nuclear waste import infuses worry to those at the receiving end, it’s not one crazy idea at all.

From generations to generations, nuclear waste has remained an utmost concern by governments.

The foreboding threat they carry has become so alarming that countries would resort to nuclear waste import.

According to a 2019 article by The Guardian, in a span of 80 decades, 450 commercial nuclear reactors have been constructed and operated.

Throw in as well the thousands upon thousands of devastating nuclear weapons created.

Then imagine the amount of nuclear waste that piled up in all those years.

If it was not a concern before - when nuclear power was still “new” - but with the passing of time it has become so.

Perhaps even more so now as climate change attracts more attention (than it also did before).

In discussing nuclear waste import, it would help to know first some basic information about the waste itself. 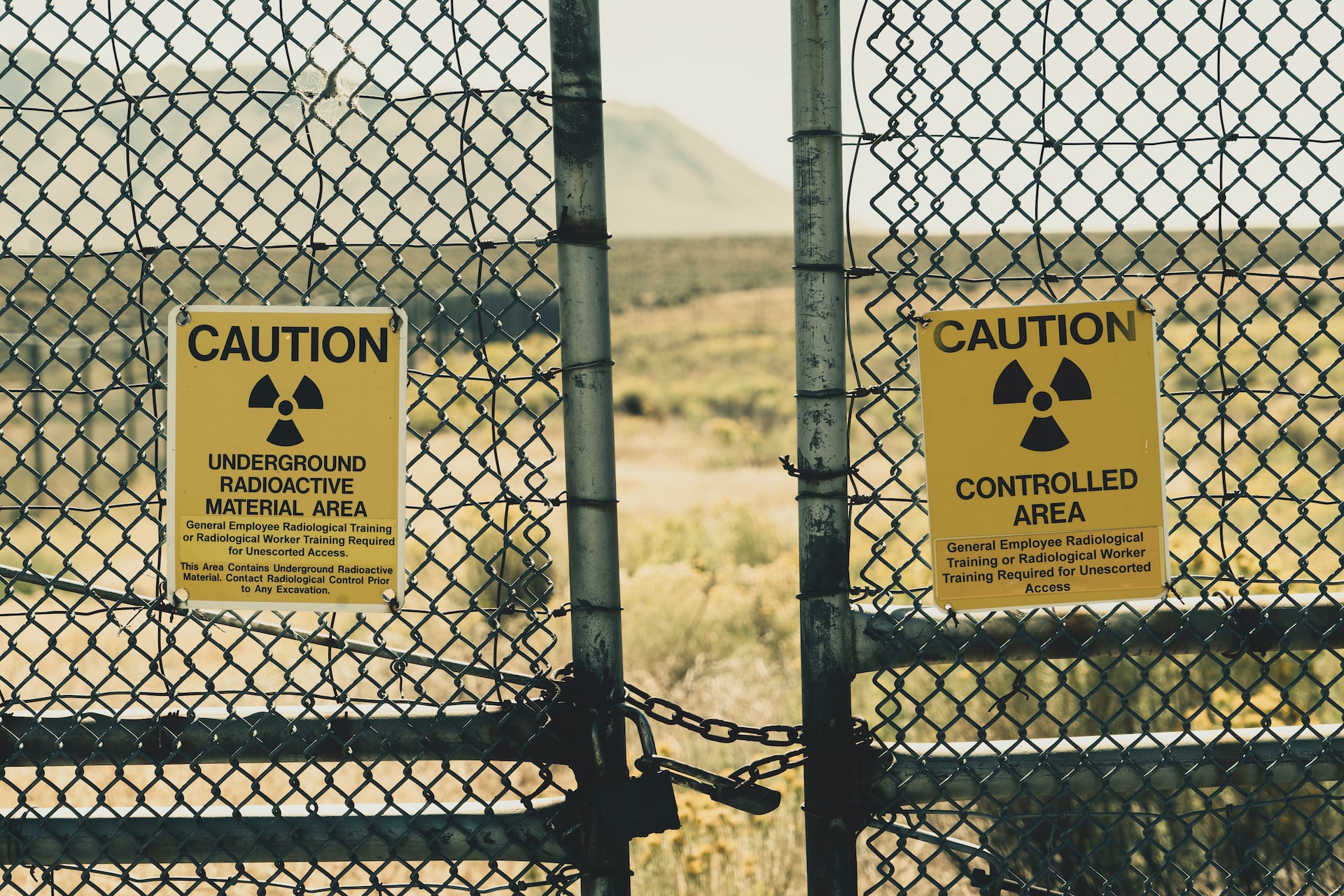 A nuclear reactor is found in a nuclear power plant.

It is a kind of machine that can create heat.

How? By splitting atoms to make them release energy.

As heat is created, a nuclear power plant will use it to turn water into steam.

The steam will power up turbine generators, which produce electricity.

That’s why the U.S. Office of Nuclear Energy declared on its site:

Nuclear reactors are the heart of a nuclear power plant.

In the process of creating heat, nuclear waste gets produced along the way.

From this brief explanation, the author considered the definition provided by the U.S. Nuclear Regulatory Commission:

Radioactive (or nuclear) waste is a byproduct from nuclear reactors.

They’re not in liquid form.

They can appear in the form of small pieces of cylindrical black metal that can be scooped with one’s hand.

A cask is like a wooden barrel but one made of concrete instead.

Headquartered in London, the World Nuclear Association (est. 1975) said that nuclear waste can be classified according to how radioactive they are.

Higher levels of radioactivity means that something emits radiation at a level that is harmful to humans. 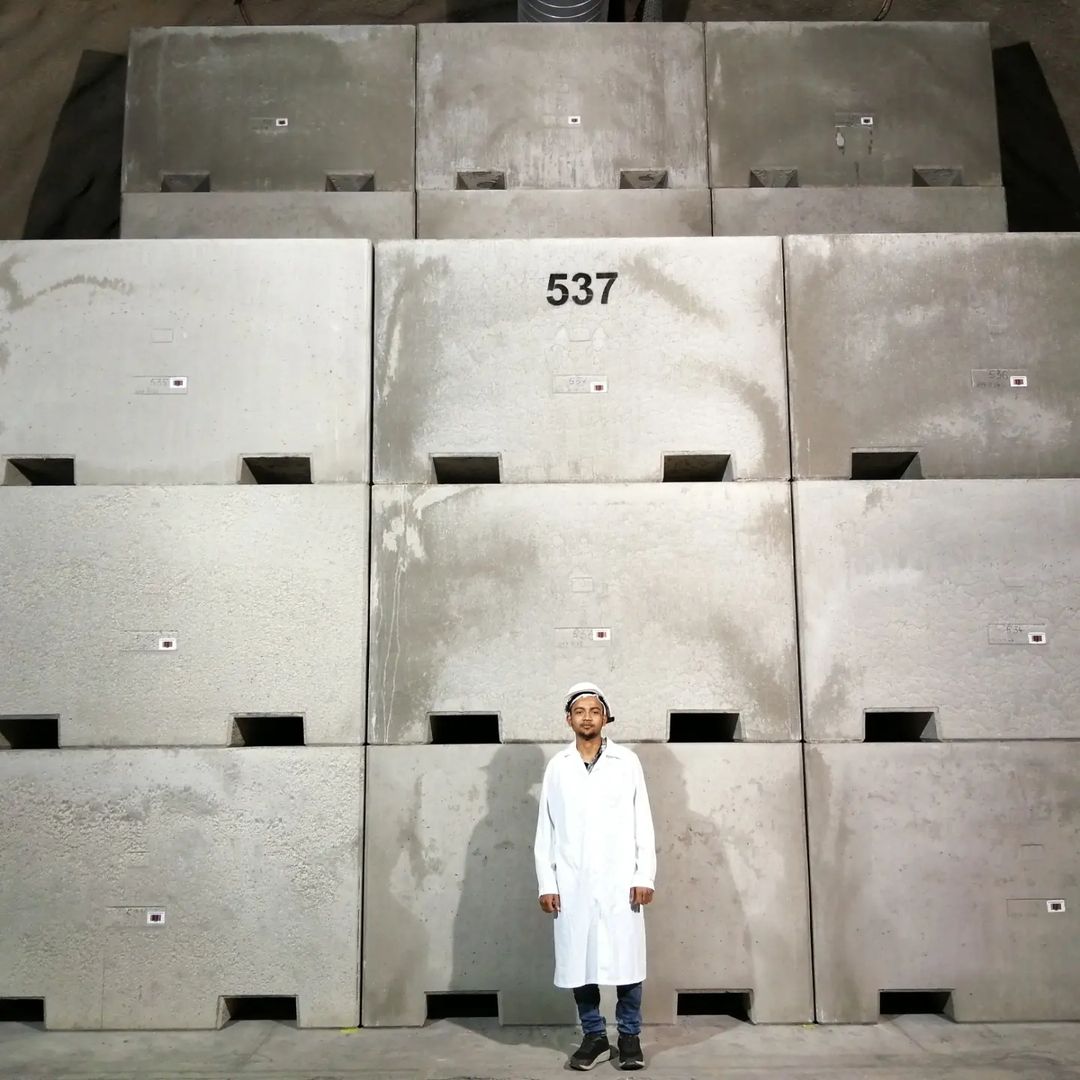 A male in white lab gown in front of massive concrete nuclear waste storages at Bataapati in Tolna, Hungary

Disposing nuclear waste proves to be tough as it entails a lot of things, one of which is finding an appropriate location for it.

That explains why nuclear waste import remains a serious option for their disposal.

According to the U.S. Environmental Protection Agency, exposure to high-level nuclear waste can cause: 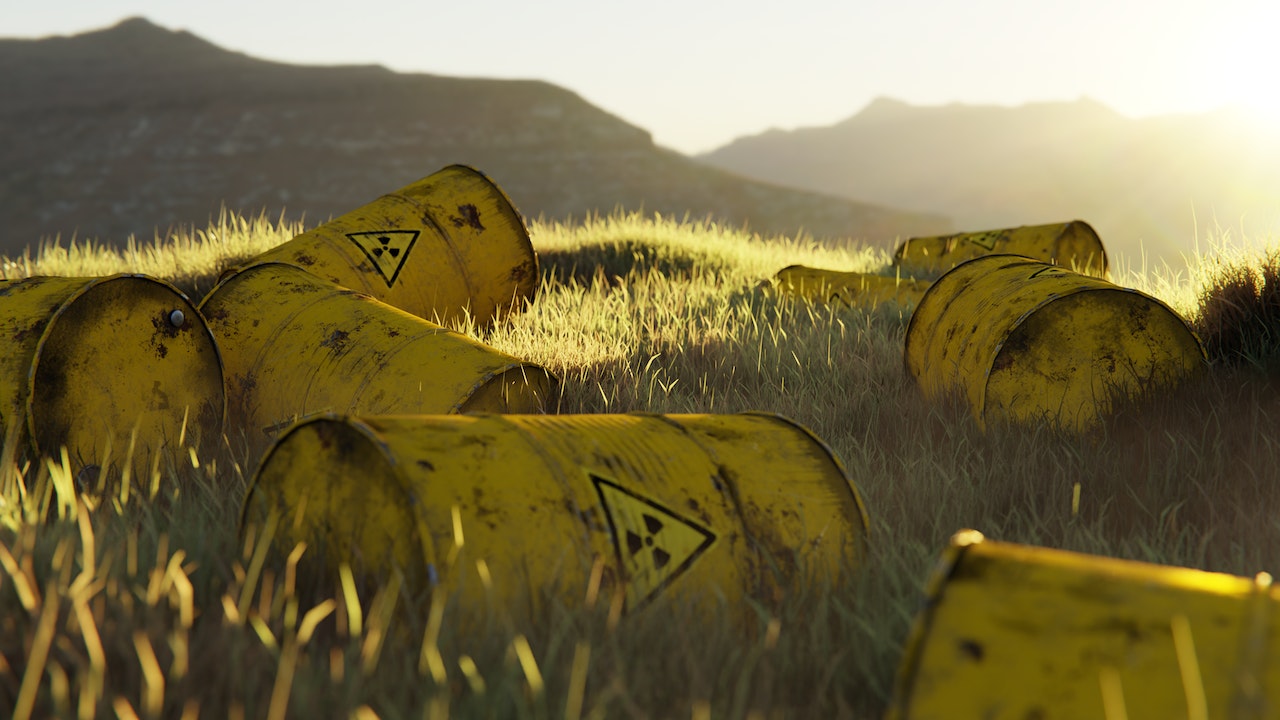 When nuclear power was still something new, nuclear waste import would indeed be dismissed as one crazy idea.

World powers that were able to utilize it presented a carefree attitude towards nuclear waste disposal, according to The Guardian.

These bodies of water would receive an estimated 150,000 tons of low-level nuclear waste.

But with the passing of time, the attitude has changed.

For one, certain countries have become open to the idea of nuclear waste import.

Based on the 2019 World Nuclear Waste Report (WNWR), Finland was the first country to think of building a permanent storage place for nuclear waste.

In 2020, High North News reported how Russia came to the rescue of Germany regarding the latter’s nuclear waste.

Depleted uranium is an example of a low-level waste.

Konstantin Formin, a media coordinator for Greenpeace Russia, offered an explanation why Germany agreed with the nuclear waste import:

It is a cheaper way for Germany to rid itself of this waste than if it were to manage it itself.

As Russia continues to import nuclear waste, the country might unwittingly end up being “the world’s nuclear dumping ground.”

That’s what Russian environment activists like Formin worry about.

This 2022, Germany will close all its nuclear power plants, an initiative that started in 2011.

German authorities picked up some lessons from Japan’s Fukushima nuclear disaster, which happened in March 2011.

Russia then saw an opportunity in their plan.

It expects 12,000 tons of nuclear waste this year from them.

But don’t frown at Russia’s decision regarding nuclear waste import.

The United Kingdom was already in support of it more than 15 years ago.

In fact, Germany was one of its clients.

In 2004, as reported by The Guardian, the U.K. imported nuclear waste from these countries:

And it happened after the British government invalidated a policy that was observed for 30 years against resorting to nuclear waste import.

It believed that doing so would benefit not only the environment but also the British taxpayers.

At that time, the U.K. earned approximately £680 million.

The money was spent on “nuclear clean-up.” 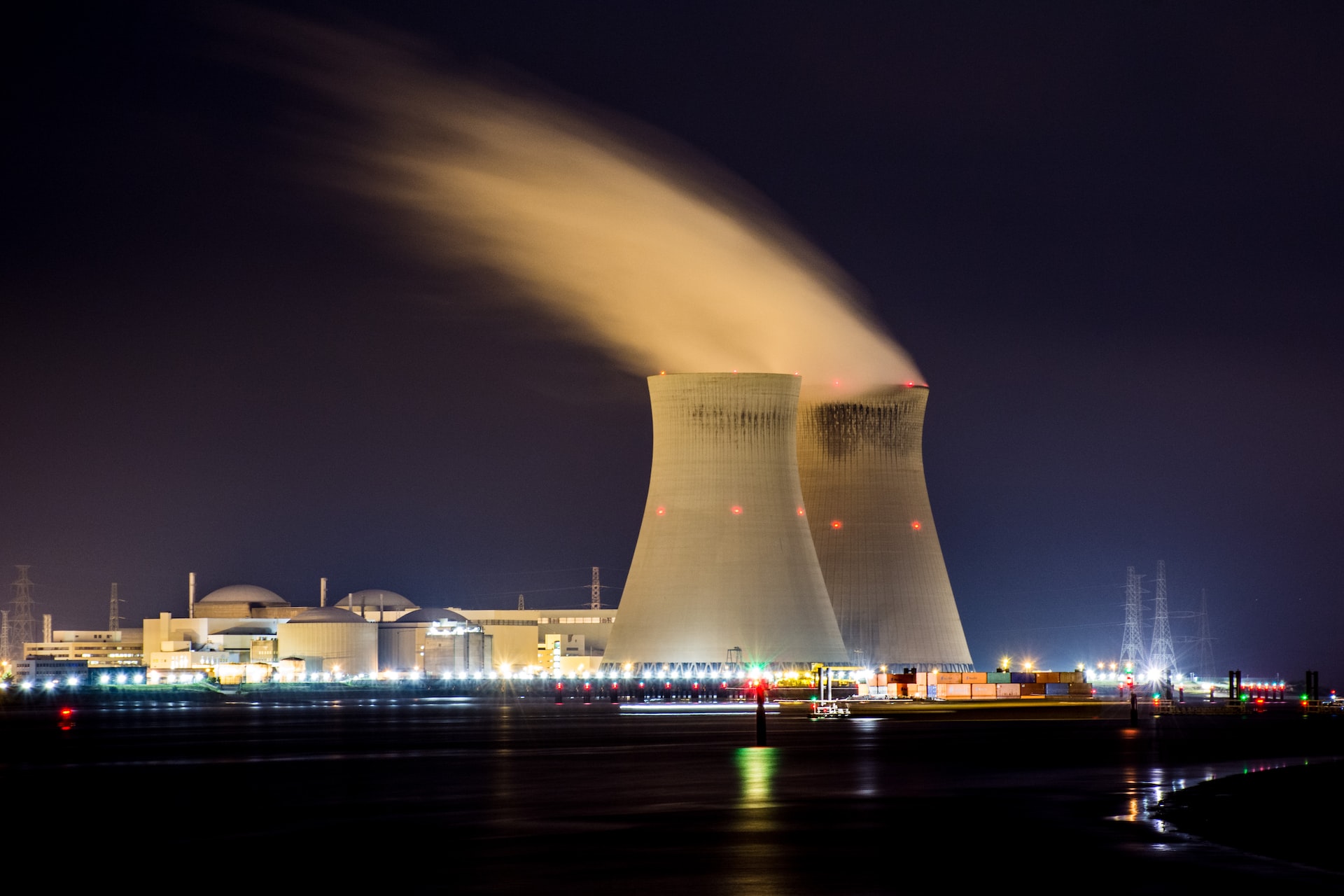 The Doel Nuclear Power Station at night in Antwerp, Belgium

It would be safe to surmise that those that extensively explore nuclear power are the ones that produce a great amount of nuclear waste.

They should be looking for countries that will likely do a nuclear waste import.

As of February 2021, according to Power Technology, below were the top ten nuclear-producing nations:

Can You Burn Nuclear Waste?

Yes, and it can be done through a process called Accelerator-Driven System (ADS) at CERN in Switzerland.

CERN in English is the European Organization for Nuclear Research.

Can You Dispose Of Nuclear Waste In A Volcano?

According to Science ABC, it will only be futile to do so.

Even the temperature of the hottest volcano in the world will not be sufficient to neutralize the nuclear waste’s radioactivity.

Why Don’t We Send Nuclear Waste To The Sun?

Per science and technology website Interesting Engineering, doing it will only result in complications.

The problem comes when the radiation reaches the Earth’s upper atmosphere (the exosphere).

Then, as the site’s article stated:

From there, it would rain down radioactive waste for days, weeks, or even months.

How Is Nuclear Energy Transported To Homes?

The electricity flows in power distribution lines, from where it originated to its destinations (i.e., communities, businesses, homes, etc.).

Nuclear waste import can make a country be labeled as a nuclear dump site.

At the end of the day, what’s a label?

Russia benefits from the nuclear waste it imported by recycling them.

The U.K. got enough funding for its nuclear waste management and saved taxpayers’ money.

With all the pertinent safety measures in place, nuclear waste import can be financially rewarding.