Katia Washington: What is the Truth about Denzel Washington’s Reclusive Daughter 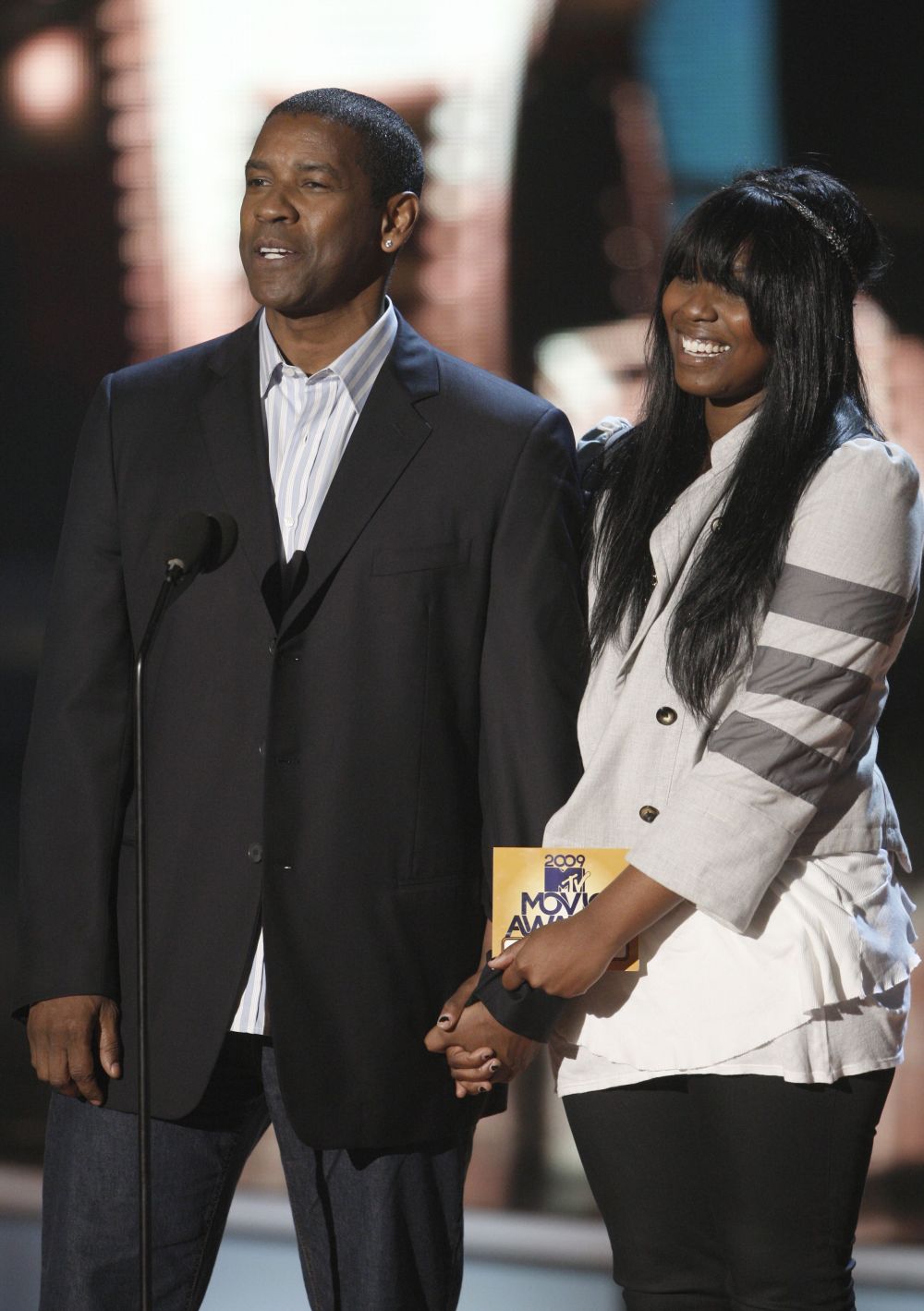 Here’s one of the first things you probably didn’t know about Katia Washington until now: You would never find a photo of her alone on the Internet! Neither would you also find much about her there. Where her immediate older brother, David Washington, (born 1984) her two younger siblings, twins Malcolm and Olivia, (born 1991), all keep an active social life and have pictures of themselves all around the Internet, Katia appears to be the lone wolf. Most of Katia’s photos online are with her father, with whom she frequently goes to movie premieres, award ceremonies, and charity events.

Perceived by the media to be the lesser-identified of all Denzel Washington’s children, Katia has always been a woman who knows exactly what she wants out of life and all the “quiet” ways to go about it. This is understandable. With a father like Denzel Hayes Washington, who has been described as one of the most accomplished actors of his generation, a man whose dignity, grace, charms, and personality strength and enamored movie lovers since his appearance in Hollywood in 1975, Katia has no choice but to do her own thing in her way. It’s hard to live in the shadow of a man who has 17 NAACP Image Awards, 3 Golden Awards, 2 Academic Awards, and more, and has featured in some of the most memorable movies of the past few decades. But Katia seems to be doing that quite okay and within the same trade as her father!

However, unlike her older brother, David Washington, who is already becoming a household name in America and across the world, thanks to the movies– BlacKKKlansman (2018), Tenet (2020), Malcolm & Marie (2021), and others, Katia is madly in love with behind-the-scenes work. Why is this so? Perhaps, she is one of those celebrity children who don’t always enjoy having their faces seen on TV but prefer to be in the background. Maybe she’s not just the camera-type of person, which is also why we don’t get to see photos of her alone on the Internet.

Katia Washington has been an assistant producer, editorial assistant, and has contributed expertise in filmmaking to many popular movies, including The Equalizer (2014), Fences (2016), and* Django Unchained* (2012).

Born on the 27th November 1987, in Los Angeles, California USA, Katia is the daughter of Pauletta and Denzel Washington, the second oldest of 4 kids – she has two brothers, John David and Malcolm, and a sister, Olivia. Her mother, Pauletta Washington, is also an actress who also starred in the 1993 hit movie, Philadelphia, alongside her husband and Tom Hanks.

Malcolm and Olivia Washington are twins. Like their fathers, the children have all invested interests in the film and entertainment industry and are already affirming their place there. John seems to be the most successful here, having already earned himself several awards, including a nomination for the Golden Globes for BlacKKKlansman.

Katia and her siblings attended a few of the most prestigious private colleges in Los Angeles, and upon matriculation, she enrolled at Yale School, graduating in 2010 with a Bachelor of Arts in History.

While growing up, Katia Washington and her siblings got all the love from her parents who also made sure that they raised them to be responsible, humble, kind, and helpful to those in need. Denzel Washington had spoken several times highly of Pauletta’s role in ensuring their children have “a normal life” despite the famous background they are coming from. This upbringing was successful, as it has helped the children to achieve academic excellence, live by religious instructions, embrace discipline, and be athletic.

Katia's background also allows her to have an innate connection with the movie business which she plans to explore to her heart's content. She has attached herself to various acclaimed film projects, mainly behind the camera. She has, briefly, explored acting and directing as well. 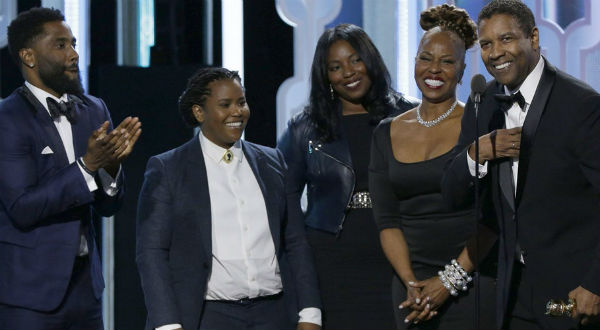 When it comes to being a reclusive figure, Katia seems to be the complete package. And her behind-the-scenes lifestyle in the movie industry is a way of granting her the complete privacy she needed.

Like all people who chose to live privately, Katia couldn’t stop the speculations from coming her way. People want to know what’s going on in the lives of their favorite celebrities, and even extend the same curiosity to their children. This was the reason that people have been interested in Katia’s relationship, and all that exists in that angle is this speculation: Katia Washington, Denzel Washington’s second child, is a lesbian!

Is Katia Washington Truly A Lesbian?

Katia likes to keep her private life as distant as possible from the media. Nevertheless, rumors of her sexuality began to emerge in the last couple of years, principally because of her photos in association with her famous family. Some sources reported her as being a lesbian and even in an interracial relationship with another lady.

Some sleuth fans dug up a few photos of the woman whom Katia is assumed to be dating. Her name is Colleen and she also works behind the scenes of the entertainment world as a costume designer, according to her bio. 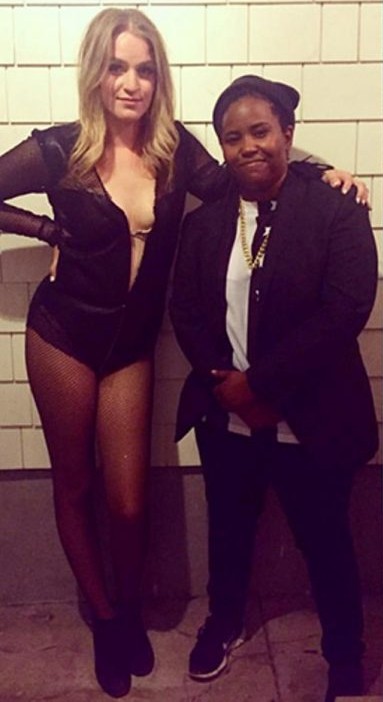 On Colleen’s social media pages, fans pointed out that Colleen has several pictures of herself with the elusive Katia Washington, the very daughter of Denzel Washington, even including her in her profile photo!

"So, I was snooping around trying to find some info on my favorite actor Denzel, and I stumbled upon his daughter Katia's Facebook page," wrote one fan online. "So, I look at more of her pics and those who have her profile pic as her and Katia. Click on her page and she has some more photos of them together. Her name is Colleen. … If this is true, congrats to Katia! I don't think I'm 'outing' her (if true) since these are public."

Katia and Colleen have also attended the women's rights march together and Colleen is a proud advocate of LGBTQ rights.

However, it is not clear if Katia and Colleen are in a relationship, or if they are just simply women enjoying and celebrating their friendship online.

Katia had initially wanted to be a nurse, but her family’s background in the film industry influenced her career choice in the film business.

Although she is still primarily recognized as Denzel Washington's daughter, she has worked very hard to make a name for herself and has gradually worked her way through various production and creative roles necessary for a career in filmmaking.

From 2012 to 2021, Katia Washington has worked on the production team of more than 10 movies, either as co-executive producer, associate producer, or production assistant. She is yet to venture into any acting roles like her siblings– Olivia and John David.

The public first came to know about Katia Washington’s involvement in film making when her father told GQ that she worked on the 2012 Quentin Tarantino’s film Django Unchained. 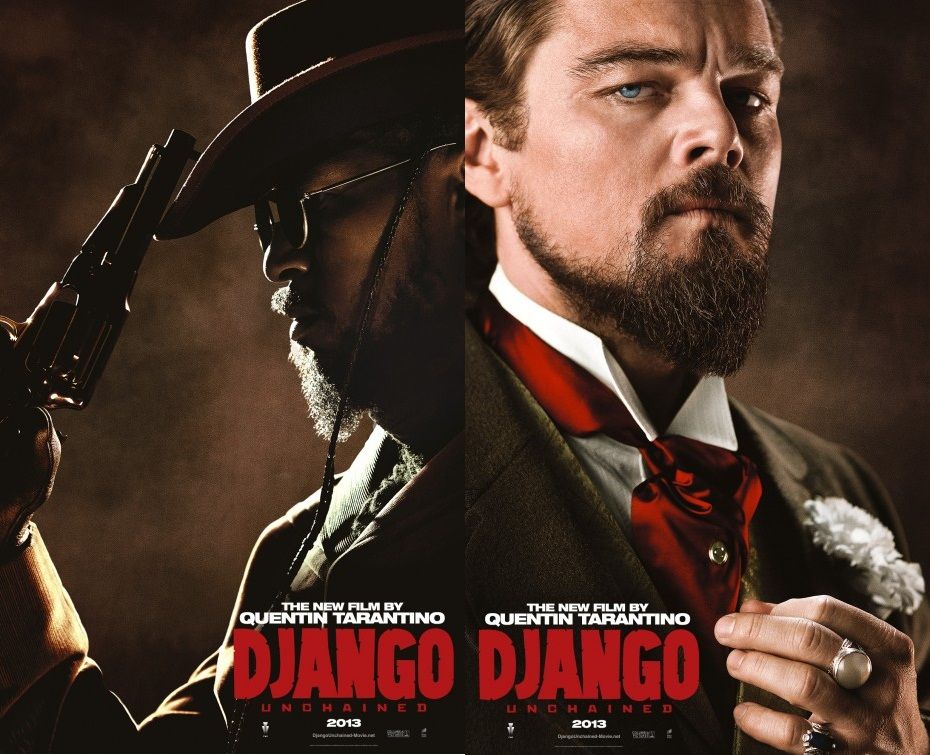 Yep, Katia's career began in 2012, when she landed a job as an editorial manufacturing assistant on the highly-acclaimed western drama movie "Django Unchained", directed by Quentin Tarantino. The movie, starring a powerpack of A-list Hollywood actors – Jamie Foxx, Christoph Waltz, Samuel L. Jackson, Leonardo DiCaprio, and Kerry Washington, was Tarantino’s highest-earning movie to date. It has amongst others. It received nominations for the Academy Awards, Golden Globes, BAFTA, and others, winning in some categories.

While working on the project, Katia had kept mute. In the interview, Denzel Washington had said of her, proudly: "My oldest daughter — I see her digging her independence. She doesn't like me talking about it, but she's working with Tarantino."

Two years later, Katia was working as an assistant in the movie The Equalizer (2014), which starred her father alongside Chloe Grace Moretz and Marton Csokas. From there, Katia labored as an assistant on Nate Parker's movie The Birth of a Nation (2016). In the same year, she was also an associate producer on her father's film, Fences.

Most lately, Katia was co-producer of the black comedy thriller film Assassination Nation (2018), and co-executive produced Malcolm and Marie (2021), starring her brother, David Washington, and Zendaya in the lead role. All this contributed to her recognition.

While her siblings and parents have enjoyed a lifetime of being in front of the camera, Katia Washington is more partial to being behind the scenes and with a good reason!

With her behind-the-screen works, Katia Washington’s Net Worth is reportedly around $1 million to $2 million.

Denzel Washington once said in an interview that Katia is especially fond of dancing and that she would start dancing to any tune under the sun, earning her the family title of 'Dancing Little Bird'.

She also enjoys singing. At Yale, Katia was involved with the Acapella group, Shades of Yale, an undergraduate A Capella that sings music of African diaspora and African-Americans.

Even though Katia Washington keeps a very private life, she has been successful so far to find a place in an industry where her father had carved a name for himself for decades, winning the love and admiration of fans worldwide. Hopefully, her humble association with the film industry will soon give her the big break of success which her father enjoys to this day.