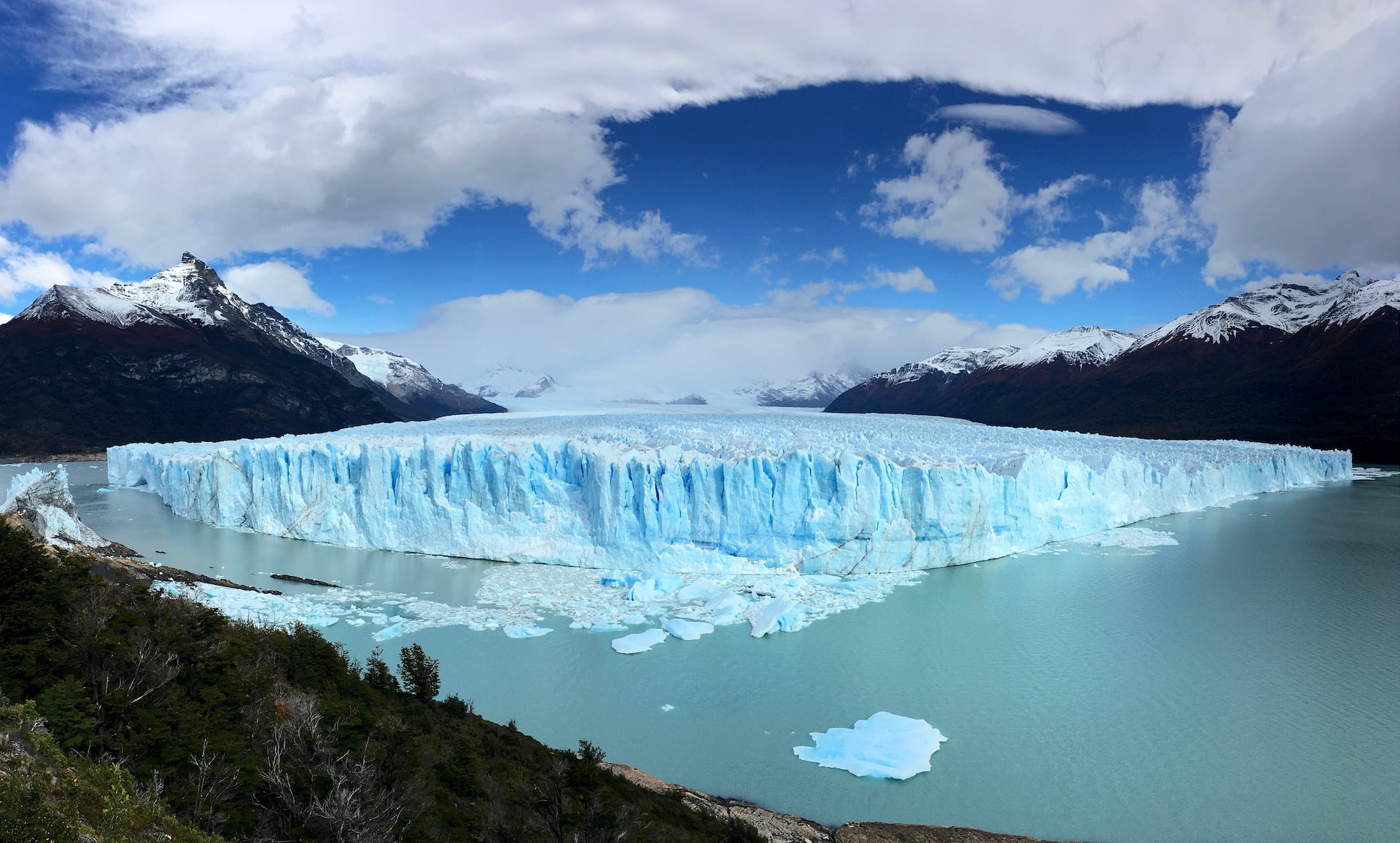 It’s easy to search the Web for glaciers both in their pristine solid beauty and while they’re melting.

So, instead, let’s do this Grade 1-level activity.

Place a large chunk of ice on a glass. Then slowly fill it with water. Stop when the water reaches a few centimeters from the brim.

Then place that glass of water on top of some pebbles.

Glaciers have been melting for a long time now. Why and what should we expect?

Glaciers are ice of mammoth size. And they move. The Earth’s gravity pulls them down, albeit slowly.

About 2 percent of all the water on Earth is frozen in glaciers.

We can now imagine that whenever glaciers melt, the sea levels rise.

Glaciers are not formed on the sea but on land.

It takes centuries for glaciers to form. That makes them hundreds of thousands of years old.

There are two main types of glaciers.

First are the continental glaciers. There are only two of them:

If the Antarctic Ice Sheet melts, the sea level could rise by approximately 80 meters!

Second are the alpine or valley glaciers. They are the glaciers found in mountains (hence, they’re also referred to as mountain glaciers).

Other types of glaciers: 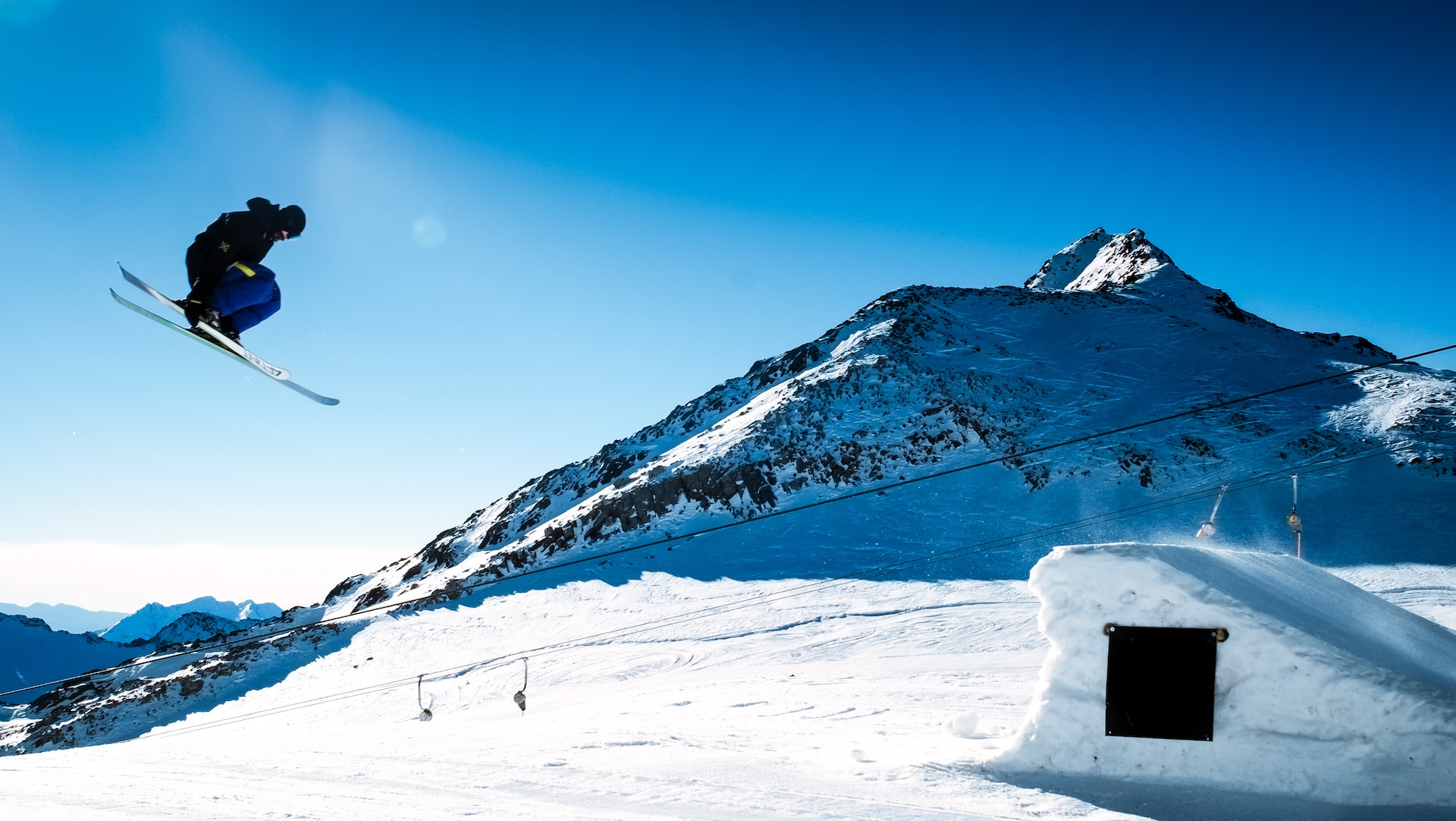 Two classic spy films and a fantasy drama series with fire-breathing dragons. Then throw in a billionaire caped crusader and a voluptuous kick-ass heiress.

What do you get? Glaciers. Sort of.

Scenes from the James Bond movies A View to a Kill (1985) and Die Another Day (2002) were shot in Jökulsárlón. In the latter, a Jaguar and an Aston Martin were driven in this frozen lagoon in Iceland.

Some episodes in HBO’s Game of Thrones series (2011-2019) showed viewers the majestic sights of the Svínafellsjökull Glacier in Iceland. The same glacier is where parts of Batman Begins (2005) were filmed.

Even Hollywood can’t resist the charm of glaciers.

Here are other famous glaciers: 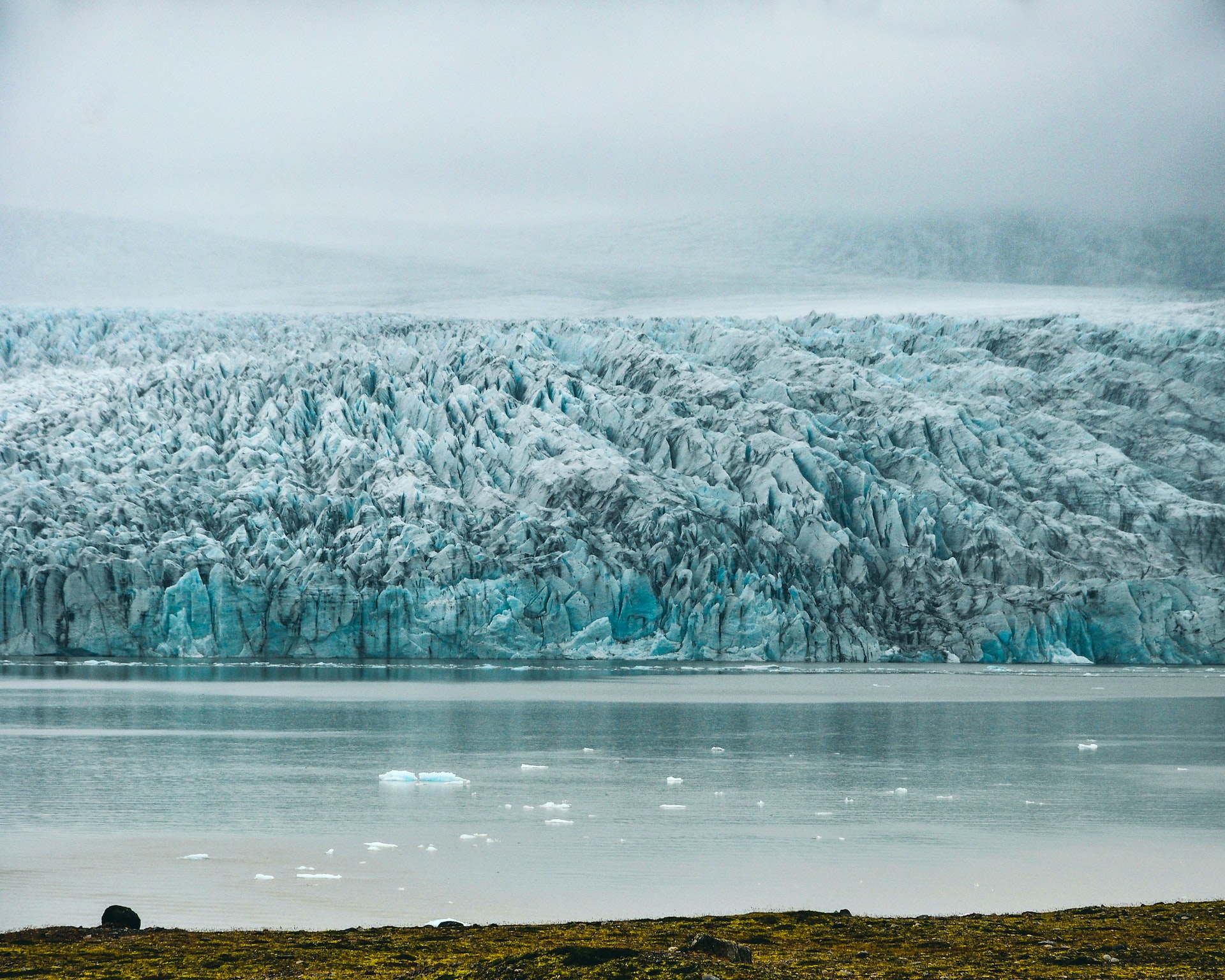 The Vatnajokull Glacier National Park in Iceland, with some shades of black in them

One similarity of glaciers and icebergs is that they’re both made of ice. But they’re really different from each other.

According to the National Geographic Society:

Icebergs are large chunks of ice that break off from glaciers.

That incidence of breaking off is called calving.

After breaking off from a glacier, icebergs start to gradually float in the ocean.

When calving happens in the glaciers in Greenland, most of the icebergs travel their way to the Northern Hemisphere (e.g., Europe, North America). 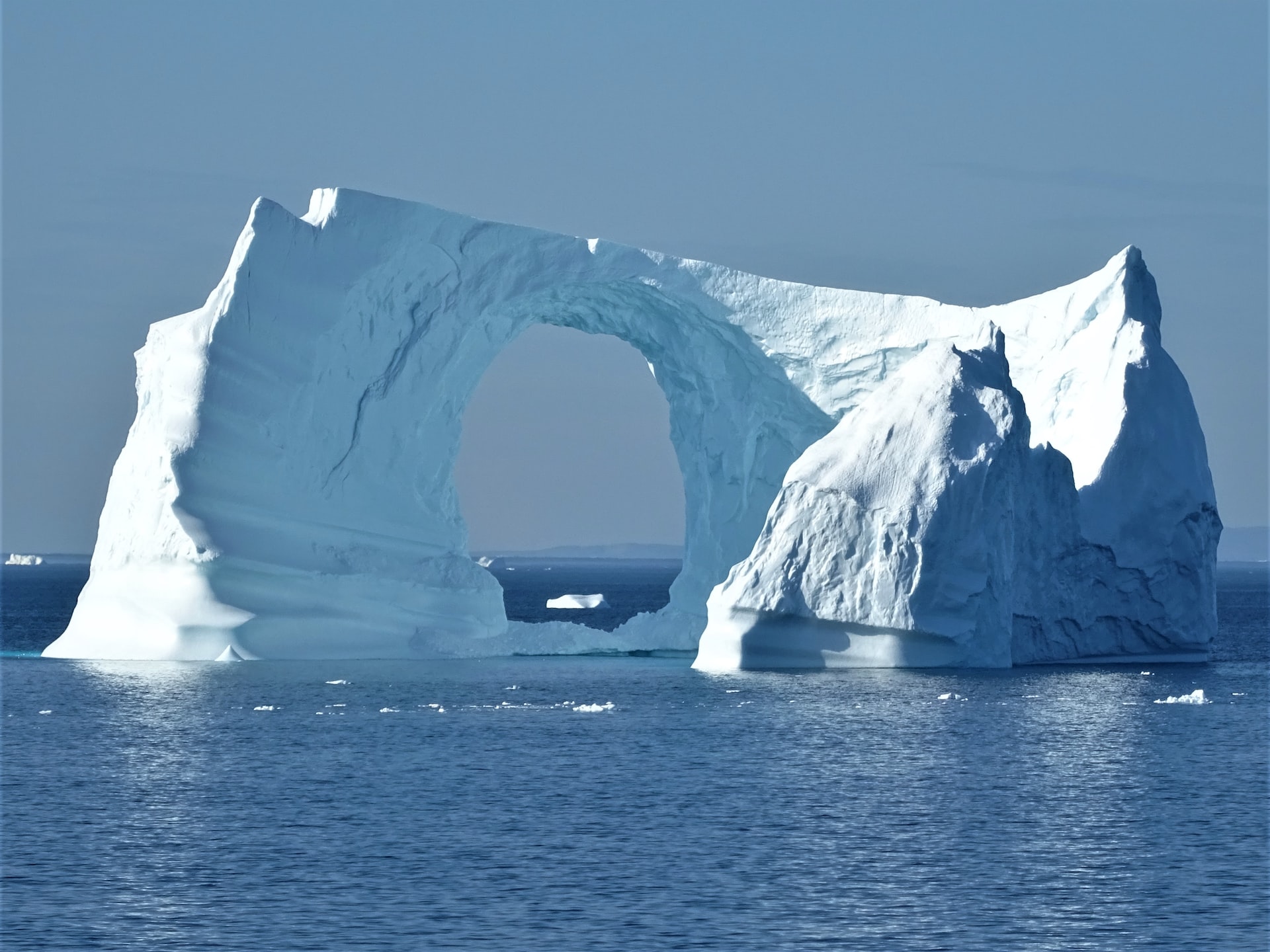 A giant iceberg floating alone on the sea, with an enormous hole near the middle part

Why Are Glaciers Important?

If some bacteria, which can’t be seen by the naked eye, hold significance, what more of these frozen gigantic structures?

For Jean-Baptiste Bosson, a scientific officer at the International Union for Conservation of Nature (IUCN) in Switzerland:

Glaciers are keystones of Life on Earth.

He mentioned the fact that glaciers are “giant freshwater reservoirs.” Glaciers, ice caps, and permafrost are made of freshwater.

Water is precious. One of the basic human needs. People use freshwater:

What can be considered freshwater? Per the U.S. Geological Survey:

Freshwater is water containing less than 1,000 milligrams per liter of dissolved solids, most often salt.

Based on the paper Freshwater Lakes (2008) published by the Encyclopedia of Ecology (2008):

Glaciers are sentinels of climate change.

As they melt at an alarming rate, it means the planet is getting warmer and warmer.

Glaciers are melting because of certain human activities. Here is a quick discussion of fossil fuels to help explain why.

Found in the Earth’s crust are decomposing organisms called plankton as well as plants and animals.

As they decompose, they turn into fossil fuels.

Humans extract fossil fuels (through coal mining; land and offshore drilling). They burn them to produce heat, to generate electricity, and to power various modes of transportation.

When fossil fuels get burned, they produce greenhouse gasses (GHGs) such as:

Glaciers are melting because of greenhouse gas emissions.

Now you have an idea why the term “global warming” exists.

Other examples of fossil fuels are:

With their various uses, that explains why humans keep extracting and burning fossil fuels.

The table below shows how greenhouse gas emissions have increased over the years, based on a graph created by Our World in Data.

In the U.S., according to EPA, below are the percentage of greenhouse gas emissions in 2020 by the country’s different sectors:

Antarctica’s Thwaites Glacier - which is as big as the state of Florida - melts faster than it did before (or some 5,500 years ago).

According to Live Science, it has already lost 595 billion tons of ice since the 1980s.

As the Thwaites Glacier continues to melt, the Cooperative Institute for Research in Environmental Sciences (CIRES) said that sea levels rise by 4 percent every year.

Several online sources reported how the alpine glaciers melt from the current heat wave in Europe.

With the glaciers melting, “tourism, hydropower and agriculture” have been devastated, according to Grid.

The BBC reported that the melting of the glaciers in Switzerland can badly impact the water supply in Europe.

According to a 2019 article by the Scientific American, western Canada’s glaciers have been melting five times faster than they did in 2000.

Since 2000, the glaciers in the western part of this continent have already lost an estimated 117 billion tons of ice.

It does not even include the ones lost by those glaciers in Alaska. 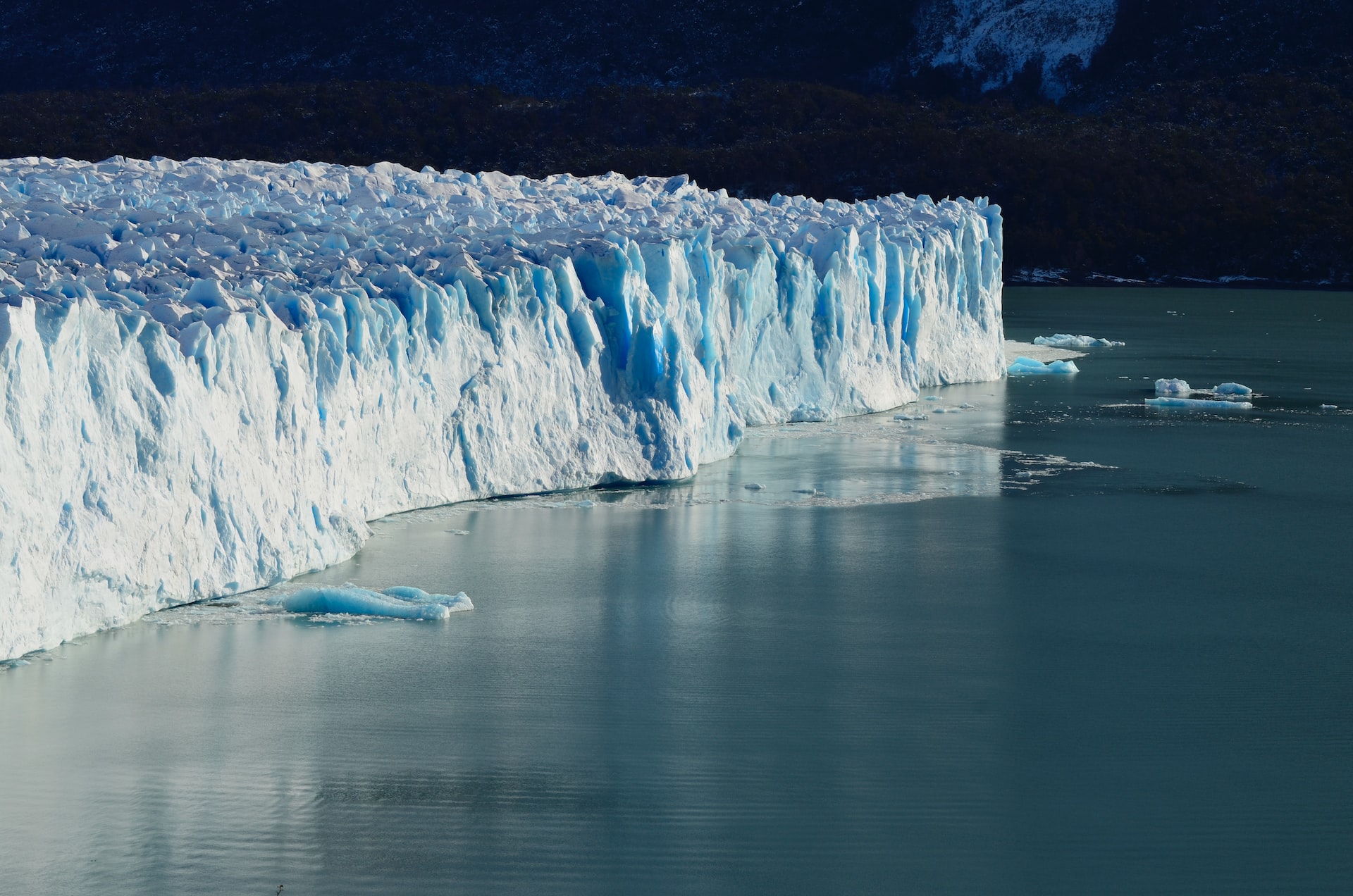 Some parts of the Perito Moreno Glacier in Argentina melting, with icebergs floating off from it

Effects Of Melting Glaciers On Humans

If ever sea levels will just rise by 1.5 meters (5 feet) because of the continuous melting of glaciers, some 226 million people across the globe will drown.

People will perish. Animals will die. Properties will be lost.

That’s based on the data published in February 2022 by The Swiftest, a San Francisco-based site that makes insurance industry research.

It added that the 135-meter-high London Eye, an observation wheel and a popular tourist attraction near the River Thames, will be completely submerged.

Yes, London will be underwater along with Dublin and Venice, New York and San Francisco, Dubai and Macau.

According to the World Wildlife Fund (WWF), it’s like a domino effect. When glaciers melt, the sea levels rise. When they rise, they can cause coastal erosion.

Ninety-five percent of the oldest and thickest ice in the Arctic is already gone.

Moreover, storm surge, typhoons, and hurricanes can become even stronger (and therefore can wreak more havoc).

The article noted how the said hurricane happened “with little warning.”

Can the full-blown effects of glacial melting on humans be experienced with such a little warning, too? 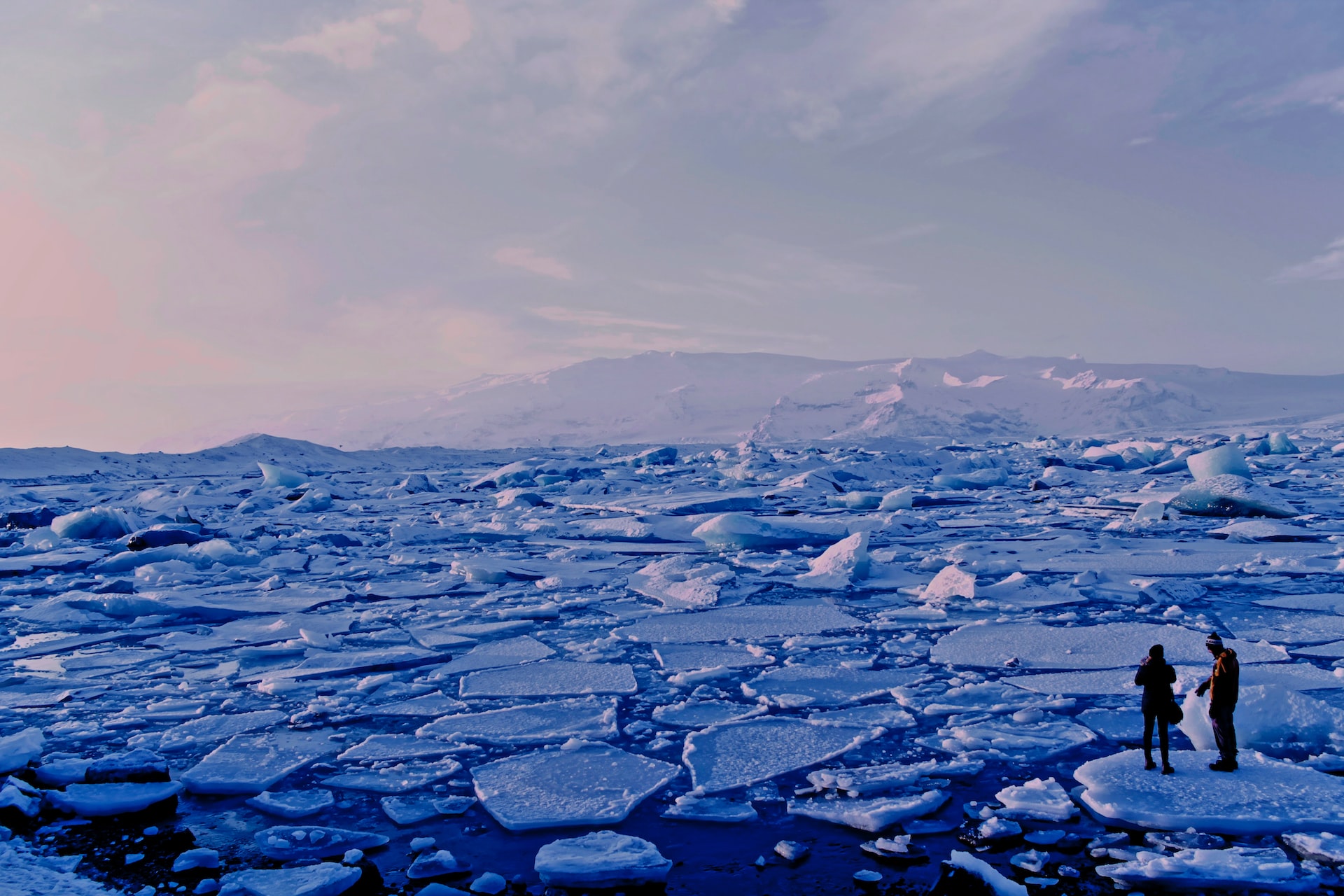 A sea of melting ice sheets, with a man and a woman standing on an ice sheet

How To Stop Glaciers From Melting?

1. Conserve electricity. It could be as basic as turning off the lights and electric appliances when they’re not in use (better unplug them, too).

3. Use public transportation, go biking, or walk whenever possible.

Why Is The Ice Melting In The North And South Pole?

According to a Time article published in May 2022, they’re melting because of greenhouse gas emissions.

How Long Is It Until The Antarctic Melts?

Geologist Reed Scherer told Discovery Magazine that some global climate models estimated that it could take 500 years for all the ice sheets in the Antarctic to melt.

And, if such a tragedy of colossal proportions ever happens, the sea levels across the world could increase up to 20 feet.

What Cities Will Be Underwater In 2050?

According to The Swiftest, that could happen to cities in 36 countries. The data, however, didn’t mention what year the cities could be underwater.

The first ten cities that could go underwater based on their population size are:

But they don’t melt faster than they’re supposed to be because of purely natural occurrences.

Humans need to temper their needs and be more cautious with their actions, particularly those that directly impact the environment.

As glaciers melt, mankind - God forbid - could all someday drown in misery, literally and figuratively speaking.