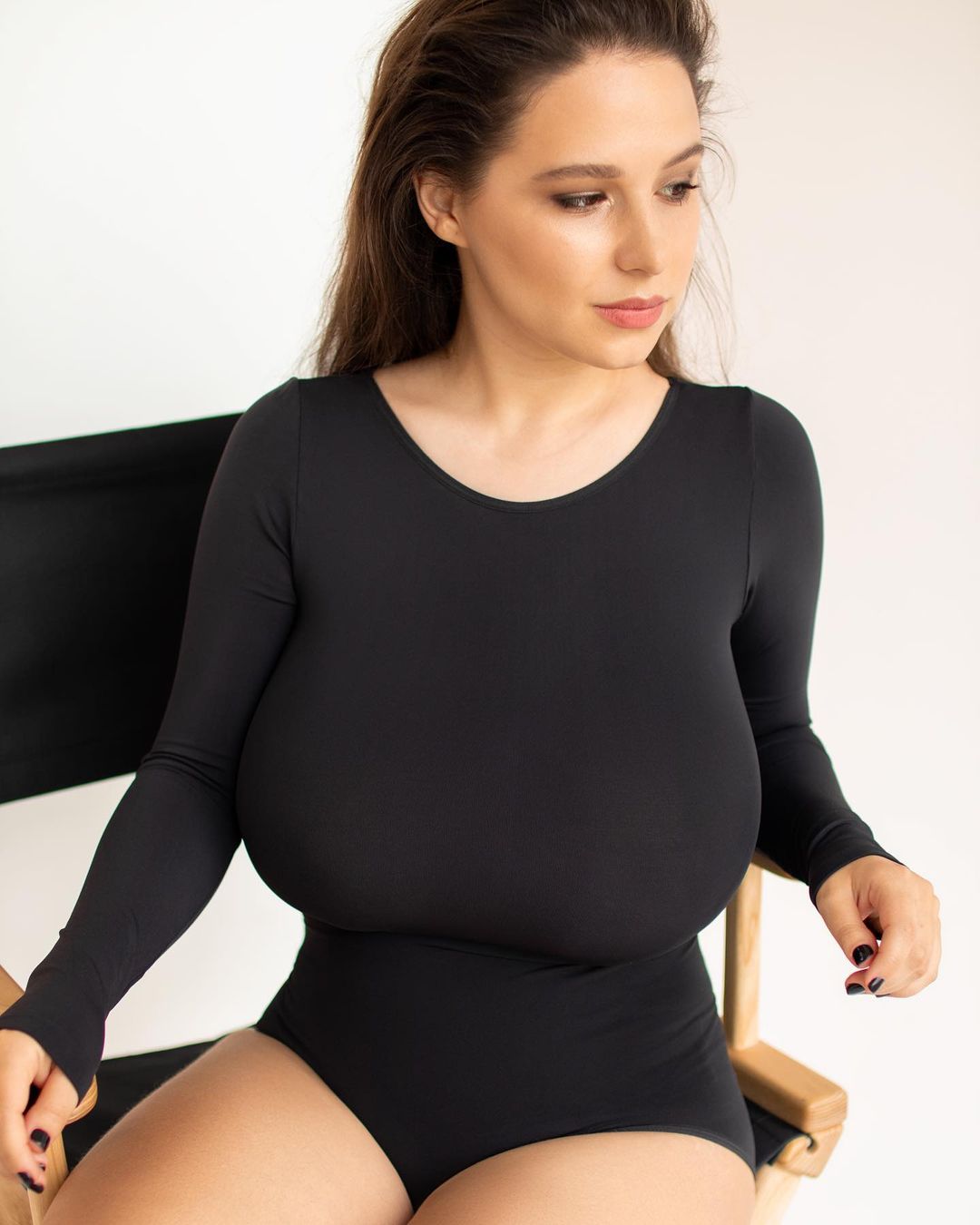 It’s a common practice for an entertainer or celebrity to change one’s stage name, like what Adriana Fenice did recently.

This Instagram model once went by the name Stacy Vandenberg.

Under a new management, she is now known to her new fans as Adriana Fenice.

Who Is Adriana Fenice?

A beautiful face seems not enough to captivate the attention of photographers and modeling agencies. Other physical attributes matter a lot, too.

This is the case for Adriana Fenice, who possesses an innocent charm that radiates from her lovely face. However, it’s her large natural bosom that brought her the kind of recognition she gets now.

Her extra-large bosom apparently makes her a standout, and this particular physical feature, plus a lovely face, gives Fenice much attention, particularly online.

According to CelebrityGen.com and FamousBirthdays.com, she made it as one of the social media influencers handled by CME Agency, a social media company in Los Angeles founded in 2012.

As of December 2021, Adriana Fenice still appeared on the said roster at the agency’s website. However, as of this writing, she’s no longer there.

Adriana Fenice – nicknamed “Adri” – started as Stacy Vandenberg, a model who posed topless in some adult sites as well as adult magazines.

Voluptuous Magazine, which is of adult nature, once featured her on the front cover as Stacy Vandenberg.

When Healthy Breasts TV uploaded a video featuring her on its YouTube channel in 2017, the name that appears on the title is that of Stacy Vandenberg.

Some sites such as CelebrityGen.com and FamousBirthdays.com indicate that Adriana Fenice was born on March 8, 1994. The former says she’s Italian; the latter, American.

BodySize.org stated her birth date to be January 1, 1995, making her a Capricorn, not Pisces. If this website is correct, then Fenice just turned 27 this 2022. This website also mentioned Russia as her birthplace.

Another website – the brassiere.site – also stated her nationality as Russian.

One could learn from that site that Fenice worked as a model for Brashop, a Russian brand of brassiere for well-endowed women.

On February 14, 2018, Brashop uploaded a 37-minute-long video on its YouTube channel featuring some of its models trying its bras. One of them was Adriana Fenice.

Another video, this time uploaded by Healthy Breasts TV on YouTube on September 26, 2017, serves as another proof that she’s Russian.

In that 1-minute video, Fenice and two other women (one was not seen in the camera) were talking to each other in Russian while she was trying on a black 34 JJ-cup bra.

In both videos, she spoke Russian effortlessly at length and understood what the others were saying to her in Russian.

So, it’s safer to say that Adriana Fenice is Russian.

There are some Facebook accounts bearing her face as a profile picture that it’s hard to tell which one is the official.

Note: All figures mentioned below are at the time of publication.

Among the 169 she follows, they include Jennifer Aniston, Gigi Hadid, Anne Hathaway, Anthony Hopkins, Catherine Zeta-Jones, and Kim Kardashian.

She joined Twitter (@FeniceAdriana) in September 2018. She has 44,600 followers and follows 18 accounts. She last posted on August 8, 2021 (three pictures of her at the beach in a two-piece bathing suit).

In the entertainment world, reinvention is the name of the game, and Adriana Fenice seems to be aware of that.

Despite the name change, though, she still shows off her prominent physical asset in provocative photo shoots and private videos.

For those wanting to see more of Adriana Fenice, she has an OnlyFans account (@adrianafenice) for only $20 per month.