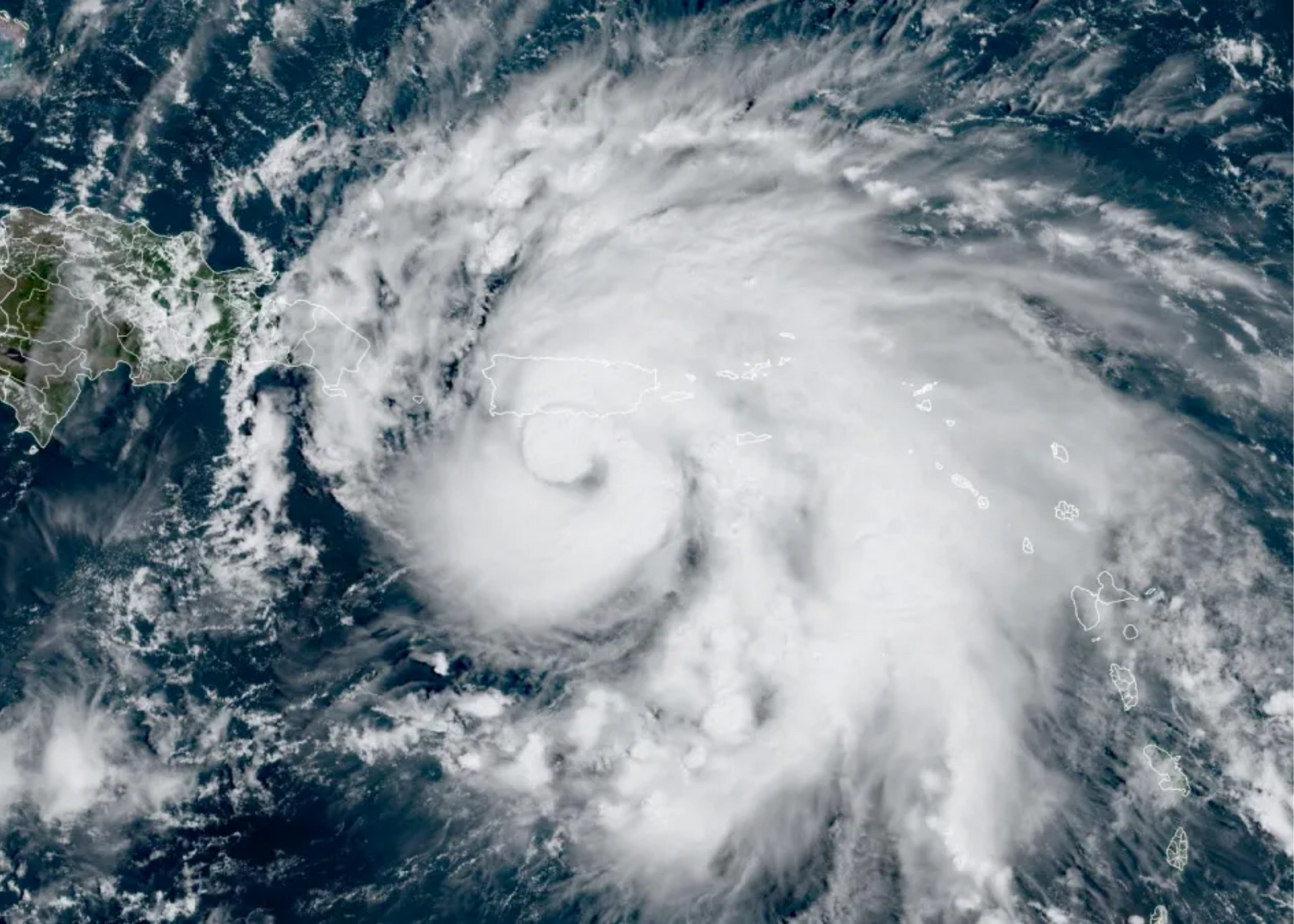 "We shouldn't underestimate this storm," Pierluisi says as Hurricane Fiona hits Puerto Rico. At a briefing on Saturday, Gov. Pedro Pierluisi warned his country. Pierluisi of Puerto Rico said on Facebook Sunday afternoon that more than 1.5 million people will experience power outages as a Category 1 storm with sustained winds of 85 mph and heavy rains approach the island.

After Hurricane Fiona landed on the island on Sunday afternoon, the entire island experienced a power interruption. On Sunday morning, Fiona quickly intensified from a tropical storm into a hurricane. As soon as conditions allow, emergency response teams for utility companies will be sent out, Pierluisi said.

LUMA Energy, the utility company, said in a statement that restoring power will likely take a day. It was 3:20 p.m. ET when the hurricane made landfall in southwestern Puerto Rico, according to the National Hurricane Center. A widespread downpour has been affecting much of the island, and it is predicted to last for a while.

The eastern half of the island is experiencing the effects of flash flooding, while the western half is still enduring the brunt of the worst of the wind. El Vocero de Puerto Rico said that a bridge collapsed near Utuado, a town in the island's central mountainous area. This cut off Salto Arriba and Guaonico from the rest of the island.

The broken bridge was on Highway 123, a spur off of Highway 10 that connects the two highways and provides one of the main entrances to the University of Puerto Rico at Utuado. It is estimated that the National Guard spent around $3 million to rebuild the bridge after Hurricane Maria.

According to Pierluisi, Puerto Rico has everything it needs to respond to this natural disaster. Additionally, he stated that Puerto Rico had learned its lesson from Hurricane Maria's devastation in September of 2017.

"We're much in a much better position than we were five years ago," Pierluisi said.

The Associated Press says that one person died on the French island of Guadeloupe. The AP says that more than 20 other people were saved in the heavy wind and rain.

Even the Saturday morning press conference held by Puerto Rico's emergency management office went dark due to the power outage. Pierluisi said again at the press conference on Saturday night that he was worried that the heavy rains would cause mudslides.

On Sunday, President Joe Biden declared a state of emergency in Puerto Rico, authorizing federal agencies to work together on relief efforts. The White House issued the following statement regarding Biden's decision:

The purpose of alleviating the hardship and suffering caused by the emergency on the local population, and to provide appropriate assistance for required emergency measures, authorized under Title V of the Stafford Act, to save lives and to protect property and public health and safety, and to lessen or avert the threat of a catastrophe in all 78 municipalities in the Commonwealth of Puerto Rico.

Officials say that at least 101 people are staying in 79 shelters across Puerto Rico, and they expect that the number of evacuees will increase. As of Saturday night, the storm was moving west-northwest at about 9 mph, with winds that stayed the same at 60 mph.

Southwest Puerto Rico and St. Croix could see steady winds of 45 to 60 mph Sunday night, with gusts as high as 85 mph. Puerto Rico will have rain and gusty winds through Monday morning, but the weather will get better in the afternoon.

Late Sunday morning is when things are predicted to get the worst in the Dominican Republic. The rain has already saturated the southeastern part of the island, as well as the mountainous areas, where mudslides and winds could cause the most damage.

Hurricanes, like the one that is currently affecting Puerto Rico, are among the most destructive and expensive natural disasters that man has ever known to exist. Getting your home and family ready for a hurricane and knowing what to do after the storm have to be your top priorities if you want to protect your property and keep you and your family safe.

First, leave your home if you are told to or if you think it might be dangerous to stay there. If you stay in your home during the storm, follow these tips to keep you and your family safe:

As soon as authorities say it is safe to go outside again after a storm, you should inspect your home and property for damage. If you want to get back to normal after a storm, try these steps:

The forecast shows that after moving through the Caribbean, the storm will head north, passing to the east of the Turks and Caicos and then tracking near Bermuda. The storm is in the western Atlantic Ocean right now, and it will get stronger as it moves to the northwest and then to the north this week.

Certain areas of Turks and Caicos will feel the effects of Fiona on Tuesday morning. Conditions will continue to intensify in Puerto Rico and the Dominican Republic, but lingering showers and thunderstorms may hinder initial cleanup and recovery efforts.