The Chinese People Have Stood Up 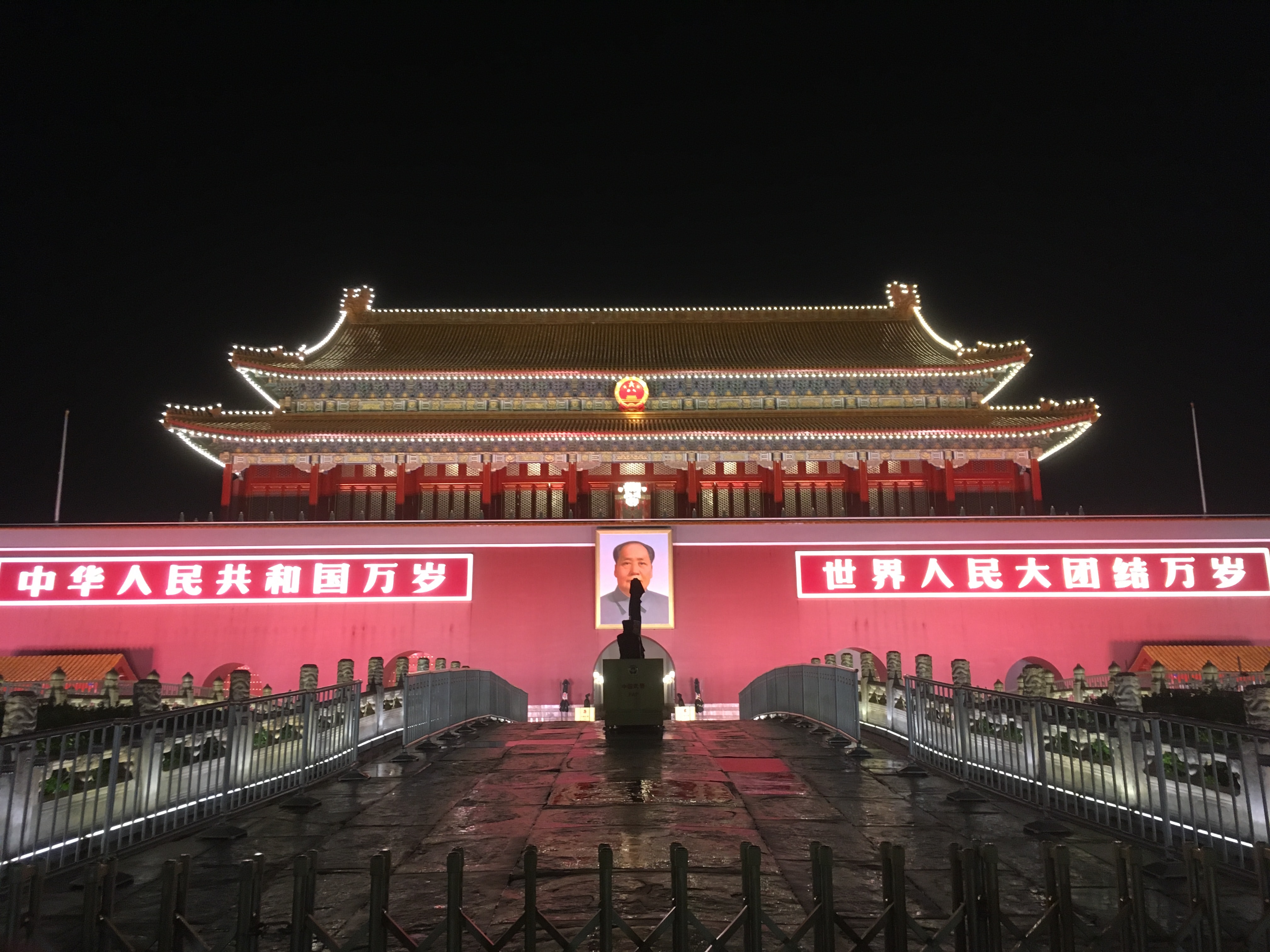 The National Political Consultative Conference, which has been enthusiastically anticipated by the whole country, has now begun.

More than 600 delegates have registered for our meeting, representing all of China's political parties and people's groups, the People's Liberation Army, the country's different regions and nationalities, and Chinese living abroad. This demonstrates that ours is a convention that represents the country's tremendous unity.

This great unification of the entire community has also been accomplished since we vanquished the reactionary Kuomintang government supported by US imperialism. In just over three years, the valiant Chinese People's Liberation Army, a force rarely seen in the world, defeated all offensives conducted by the conservative Kuomintang regime, which was backed by the United States, and switched to counter-offensive and offensive tactics. The People's Liberation Army's field troops, numbering in the millions, have driven the fighting to areas near Taiwan, such as Kwangtung, Kwangsi, Kweichow, Szechuan, and Sinkiang, where the vast majority of the Chinese people have gained liberation. In just over three years, the people of the whole world have united, marched behind the People's Liberation Army, battled the enemy, and achieved a simple victory. The current People's Political Consultative Conference is being held on this platform.

Since we held a Political Consultative Conference with Chiang Kai-Kuomintang shek's three years ago, our conference is called the Political Working group Conference. The conference's outcomes were sabotaged by Chiang Kai-Kuomintang shek's and its allies, but the event left an indelible mark on the public. It demonstrated that little of the people's interest could be done with Chiang Kai-Kuomintang, shek's imperialism's racing bull, and its allies. And if resolutions were reluctantly accepted, they were useless because when the time came, they ripped them up and launched a ruthless war against the government.

The only benefit of that conference was the fundamental lesson it gave the people: topple Chiang Kai-Kuomintang, she's imperialism's running puppy and its accomplices, or be persecuted and killed by them, there is no other choice. The Chinese people, headed by the Chinese Communist Party, have rapidly awoken and mobilized themselves into a nation-wide unified front against imperialism, feudalism, and bureaucrat-capitalism in less than three years. Their general leader, the reactionary Kuomintang regime, backed the People's War of Liberation, The reactionary Kuomintang government was defeated, imperialism was overthrown in China, and the Political Consultative Conference was revived.

Fellow Delegates, we are all assured that our efforts will go down in history as proof that the Chinese people, who make up a good portion of the world's population, have taken a stand. The Chinese have always been a wonderful, brave, and hardworking people; it is only recently that they have fallen backward. And it was completely due to imperialist imperialism's colonialism and corruption, as well as domestic reactionary regimes. Our forefathers have waged unyielding battles against domestic and international oppressors for over a century, including the 1911 Revolution led by Dr. Sun Yat-sen, our great forefather in the Chinese revolution. Our ancestors commanded that we carry out their unfulfilled wishes. And we've taken action as a result.

Through the People's War of Liberation and the Great People's Revolution, we have closed ranks and vanquished both domestic and international oppressors, and now we declare the establishment of the People's Republic of China. From now on, our country will be a part of the global community of peace-loving and democracy-loving nations, and it will work valiantly and diligently to advance its civilization and well-being while also promoting world peace and prosperity. Ours will no longer be an insulted and humiliated country. We have taken a stand. The people of all countries have shown sympathy and support for our revolution. Friendships of people from all over the world exist for us.

Our revolutionary mission is not yet finished; the People's War of Liberation and the people's revolutionary struggle are already moving on, and we must continue to put forth our best efforts. The imperialists and domestic reactionaries will not go down without a storm; they will fight to the bitter end. They will inevitably engage in sabotage and cause disruptions in one way or another until there are peace and order throughout the world, and they will attempt to mount a comeback every day and every minute. This is unavoidable and unquestionable, and we must maintain our discipline throughout all times.

Our state machine, the people's democratic monarchy, is a strong tool for safeguarding the fruits of the people's revolution's success and thwarting reconstruction plots by domestic and international rivals, and we must grasp it with both hands. On a global scale, we must join forces with all peace-loving and freedom-loving countries and peoples, beginning with the Soviet Union and the New Democracies, so that we are not alone in our battle to protect the fruits of victory and foil the reconstruction plots of domestic and international enemies. We will always be triumphant as long as we maintain the people's democratic monarchy and join with our international allies.

The democratic dictatorship of the people and our international solidarity would allow us to complete our construction work quickly. We are now faced with the challenge of constructing a national economy. We are in excellent shape, with a population of 475 million people and a land area of 9,600,000 square kilometers. There will be challenges ahead, and there will be a lot of them. However, we are confident that the people of the country can overcome all obstacles through valiant struggle. The Chinese people have a long history of facing obstacles. Why can't we, like our forefathers, weather long years of adversity and beat strong domestic and international reactionaries, create a stable and thriving nation after victory? We would be able to achieve a quick victory on the economic front if we stick to our way of simple life and hard struggle, if we stay together, if we stick to the people's democratic dictatorship, and if we unite with our foreign allies.

An increase in economic construction is inevitably matched by an increase in cultural construction. The period in which Chinese citizens were considered uncivilized has come to an end. We will be recognized around the world as a cultured country.

Our national defense will be strengthened, and no imperialists will be able to threaten our country again. The valiant and steely People's Liberation Army must be sustained and established as the basis for our people's armed forces. Not only can we have a strong army, but also a strong air force and a strong fleet.

Let the reactionaries at home and abroad tremble in our presence! Let them say we're not very good at this or that. We, the Chinese people, will achieve our aim through our unwavering efforts.

The people's heroes who gave their lives in the People's Liberation War and the People's Revolution will live on in our hearts forever!

Salute to the triumph of the People's Liberation War and the revolution of the people!

Salute to the People's Republic of China's founding!