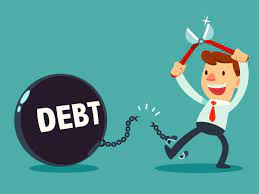 The use of sound money is more stable than the use of unsound money mandated by the government because sound money is selected on the free market because it is more likely to retain its value over time. There would have been no need for government legal tender laws or for governments throughout the globe to take significant amounts of gold and keep it in their central bank reserves if government money was a better unit of account and store of value.

That central banks continue to keep their gold reserves, and even begin to increase them, shows that they have faith in the long term worth of their currencies and in the monetary function of gold while paper currency values continue to fall.

Investing And Keeping Money In The Bank

To put it another way, a currency that loses value has a negative effect on saving for the future. When given the option, most rational people would choose today's good over something better in the future. People will only contemplate deferring pleasure if the future payoff is higher. Holding on to money that has a modest appreciation in value means you'll be able to spend more money in the future. It will be difficult for holders of unsound money, regulated by central banks whose only purpose is to sustain inflation at a positive level, to hang on to it since they will be more inclined to spend or borrow it.

With sound money, any positive rate of return is advantageous to investors since the monetary unit has a good chance of holding its value, or even increasing in value, and therefore increasing the incentive to invest. Unsound money, however, only creates incentives for high-return but high-risk investment and expenditure when gains are greater than the rate of depreciation of the currency.

Debt continues to climb, despite a dramatic drop in savings rates in the western world. The entire debt load of all levels of government and families surpasses GDP by multiples in the West, with substantial repercussions, since the typical family owes more than 100% of its yearly income. As Keynesian economists reassure the public that debt is beneficial to growth and that saving would lead to recessions, such figures have become the norm.

A key Keynesian economic myth is that national debt "doesn't matter, because we owe it to ourselves," as the saying goes. This "us" is not one homogenous blob but is divided into numerous generations—namely, the present ones who spend carelessly at the cost of future ones. Only a high-time preference student of Keynes could fail to realize this.

Consumption Is Blamed On Capitalism

Without sound money and Keynesian high-time-preference thinking, the twentieth century's splurge on conspicuous consumerism cannot be fully comprehended as a result of the rise of Keynesian economics. With interest rates consistently managed lower and banks able to provide more credit than ever, lending has ceased being confined to investment and has moved on to consumption. The decreased incentive to save is paralleled by the increased incentive to spend.

Using credit cards and other types of consumer loans, people may borrow money only for the purpose of consuming rather than investing it. Ironically, Keynesian economics is to blame for the rise of conspicuous spending, which is exactly the reverse of capital accumulation, since capitalism is an economic system founded on capital accumulation through saving. Investing in one's long-term goals and putting off one's immediate satisfaction are the hallmarks of capitalism. In capitalism, debt-fueled mass spending is as normal as asphyxiation is natural.

Saving Is Challenged By Debt

Capital accumulation and civilizational advancement may be reversed by debt, which reduces the stock of capital, lowers productivity, and lowers living standards over generations. The current generations may be the first in Western Europe since the fall of the Roman Empire (or, at the very least, the Industrial Revolution) to be born with less capital than their parents, whether it's mortgage debt, Social Security obligations, or government debt that will require ever-higher taxes and debt monetization to refinance.

As a result, this generation is forced to work more and pay more in taxes to finance entitlement programs they won't be able to benefit from, while being unable to prepare for their retirement because of the rising interest on their debt.

It has taken just one or two generations for multiple generations of collected wealth to be wasted on extravagant spending, and debt has become the new way to pay for important purchases instead of saving up for them up front.

Many individuals nowadays find the idea of paying for a home or college degree or marriage out of their own pocket absurd. Even the wealthiest people will not live within their means and will instead utilize their riches to get greater loans to pay major expenditures.