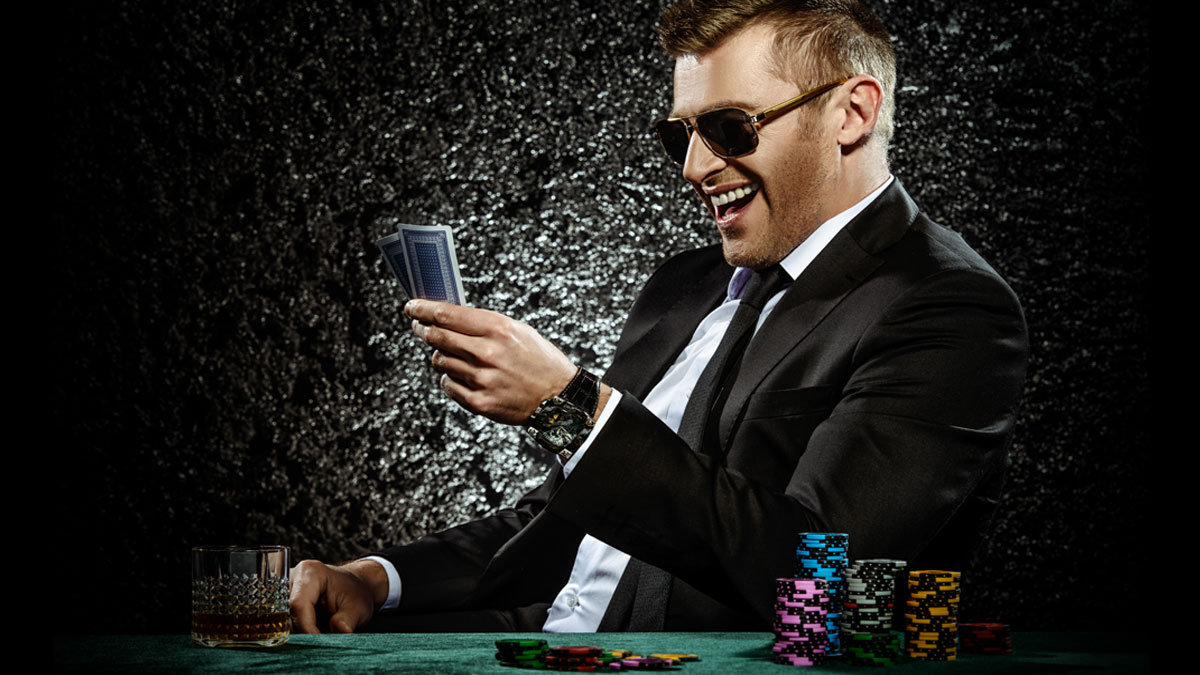 Gambling is dangerous and rarely profitable for average individuals. Most gamblers lose money. But some know how to avoid the pitfalls. So, they become the richest gamblers in the world.

Even though the vast majority of people believe that gambling in casinos is entirely dependent on one's luck, skilled and richest gamblers in the world make a living from it.

These gambling experts believe that you need a lot of experience and knowledge to win at land-based casinos or online casinos.

The following is a list of some of the wealthiest gamblers in the world before we get into further depth about each of them individually.

Poker and sports betting are two games that are famously played by Tony Bloom.

Anthony (Tony) Bloom is a well-known figure in the world of poker and also serves as the chairman of a football team.

It is thought that he makes tens or maybe hundreds of millions of pounds annually through his ownership of Starlizard, the largest gambling consultancy company in the United Kingdom.

In order to provide football odds that are even more accurate than those provided by bookies, the employees of this organization make use of a wide variety of complex algorithms, in addition to their knowledge of the game.

After that, these odds are sold to specific punters so that they can compete with the market and earn winning returns over the long run.

Bloom gained ownership of the Brighton & Hove Albion football club in 2009 and was ultimately responsible for the team's promotion to the Premier League in 2017.

It is reported that he has invested around £200 million into Brighton, in addition to offering a donation of £93 million in 2011, so that the team could relocate to a more contemporary stadium that has a larger capacity. 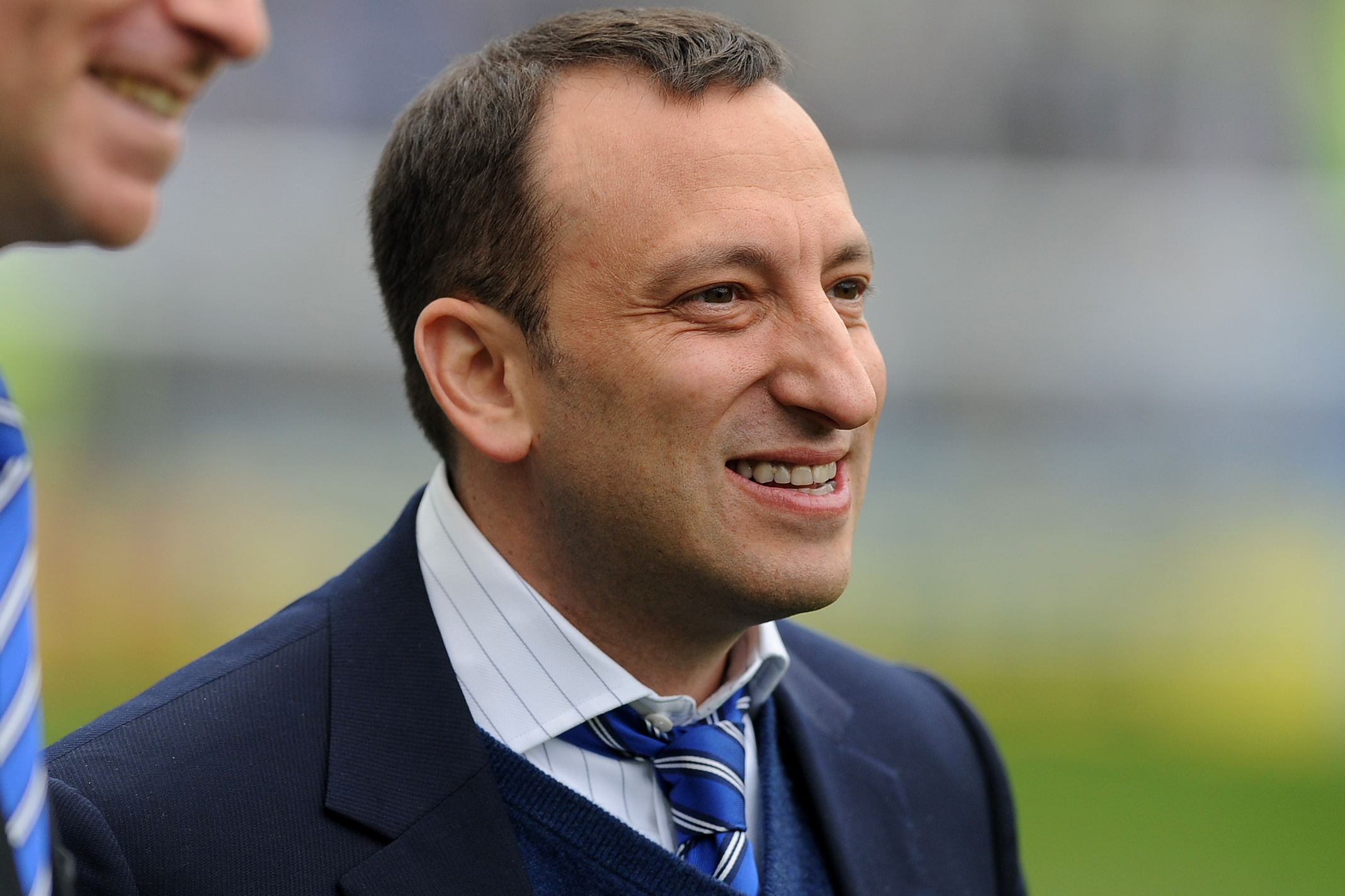 The gambler who has been the most successful is Bill Benter.

By primarily focusing on blackjack and horse racing betting, he was able to accomplish something that not many other players have managed to do, namely become a billionaire.

Without his extensive grasp of mathematics, he would not have been able to complete the task.

Bill received a degree in physics and later made the decision to put his knowledge to use at blackjack tables.

Because of his skill at the casino tables, he was not permitted to enter Las Vegas.

Benter relocated to Hong Kong, where he collaborated with another mathematician named Alan Woods to develop a method for predicting the outcomes of horse races. 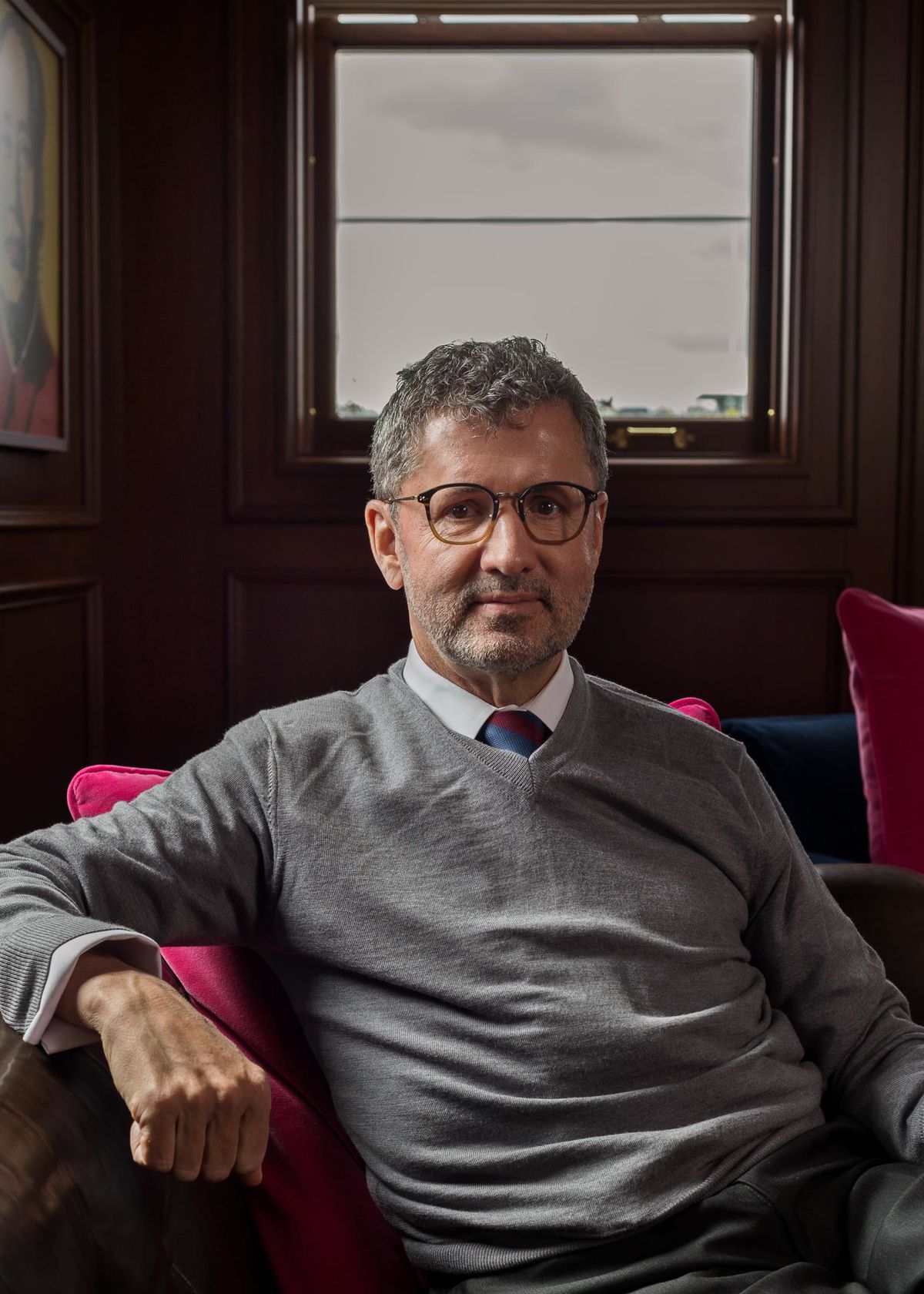 Blackjack and Baccarat are two games that are famously played by Edward Thorp.

Edward Thorp, known as the "Father of Card Counting," amassed his fortune through the games of blackjack and baccarat.

In 1961, along with Claude Shannon, he is credited with being the co-inventor of the first wearable computer.

He is also a mathematician.

Before he became successful in gambling, he held teaching positions in mathematics at a number of different universities.

Beat the Dealer, the world-famous book written by the mathematical prodigy was published in 1962.

After years of being unbeatable at casino games, he decided to take his skills to Wall Street and utilize them to forecast market moves.

He now has a total of several sources of income, including stocks, which amounts to a net worth of 800 million dollars. 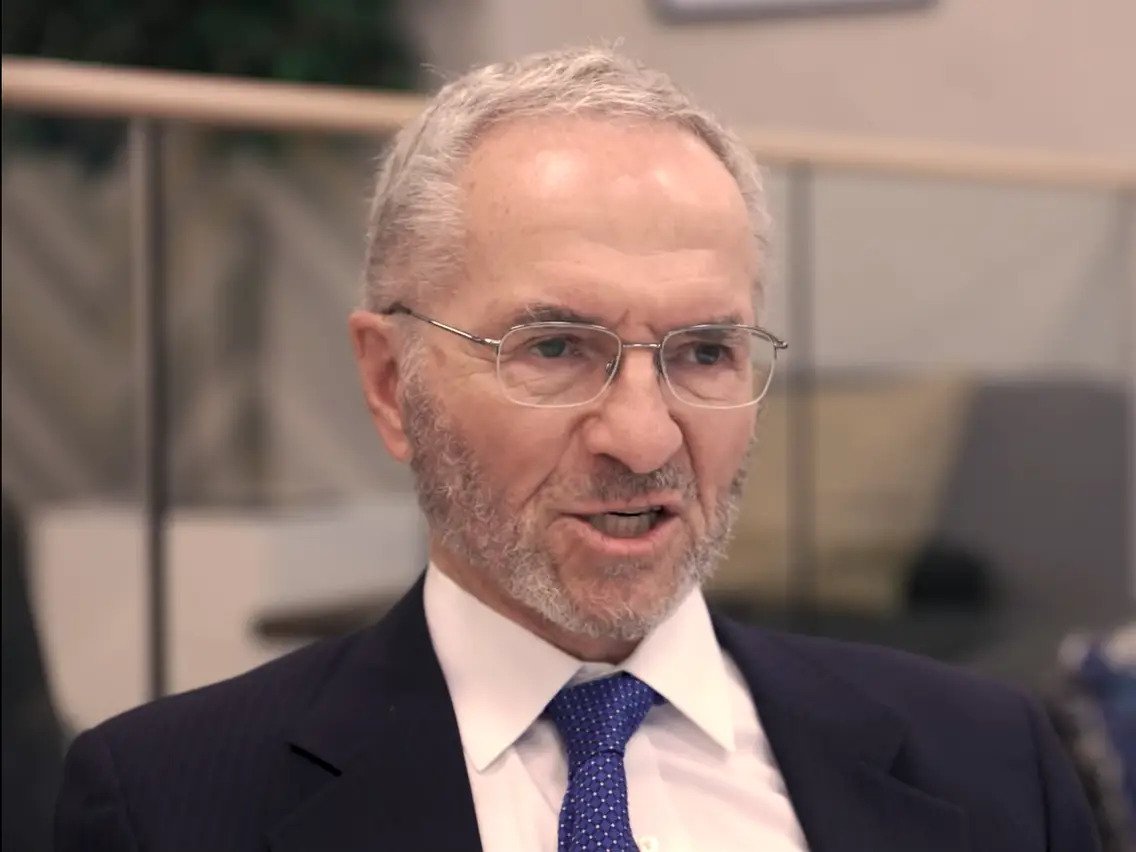 Edward Thorp wearing a black suit and a blue necktie

Andrew Black is well-known for his skills in bridge and horse racing.

An entrepreneur from the United Kingdom, Andrew Black is a passionate racehorse owner in addition to being a professional bridge player.

Betfair, the first and largest betting exchange in the world, was one of the companies he helped start.

Black had a job in the derivatives industry when he was younger, but he was also growing more and more successful as a gambler.

Eventually, he earned enough money from his gambling victories to be able to stop working and focus on gambling as a full-time pastime for a while.

Gambling was not able to offer him adequate financial assistance, so he chose to launch a software company instead.

During that time, he would occasionally play bridge with Wray, and during one of those games, he would show Wray a prototype that he had developed.

The prototype drew Wray's attention, and he eventually became interested in and invested in the company.

Betfair was established in the year 2000 by the two of them.

Betfair was listed on the London Stock Exchange in 2010 at a share price of £13, which valued the company at £1.4 billion.

As a result, Black's 15 percent share was worth around £200 million at the time of the listing. 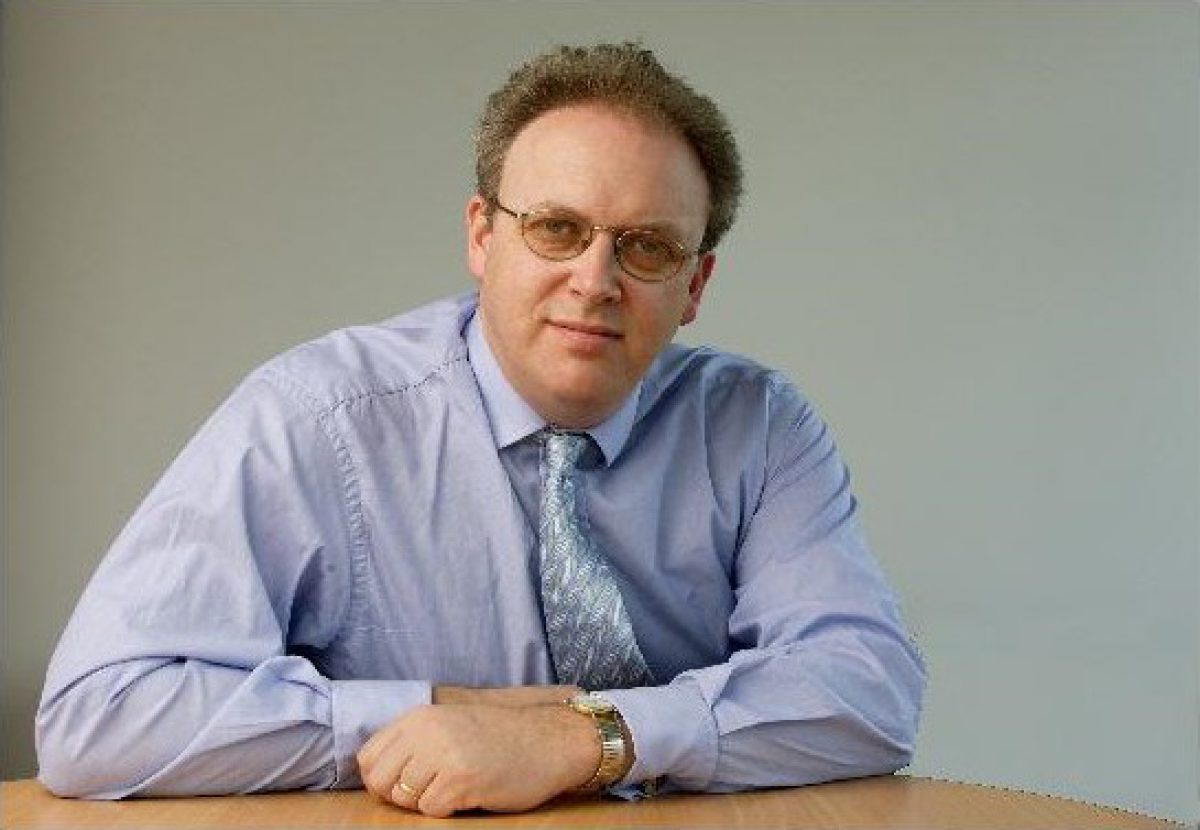 He is famous for playing Blackjack, horse racing, keno, and sports betting.

In the realm of gambling, Zeljko Ranogajec is sometimes referred to as "The Joker."

It is well known that he makes enormous sums of money from a variety of games, such as betting on sports, horse racing, blackjack, and keno.

As an accomplished mathematician, he was also an expert in banking, finance, and tax legislation.

Ranogajec taught himself how to count cards at the blackjack table while he was working as an employee at a casino.

Because the man was able to master it to such a high level, he was kicked out of all of the casinos in Las Vegas and Australia.

He currently holds the record for the largest victory ever achieved in the game of Keno, which is $7.5 million.

According to the Daily Mail, Ranogajec attended the University of Tasmania in the 1980s to study Commerce and Law.

It was during this time that he formed a business partnership with an exceptionally skilled mathematician named David Walsh to make money in casinos.

In spite of the fact that horse racing is Ranogajec's primary emphasis, he is also interested in sports betting.

This middle-aged man spends about $3 billion on gambling each year, yet he is very discreet about his life, preferring to keep it out of the public eye.

He is known for his skill in betting on sports.

Billy Walters became a fortune through the activity of sports betting, which is widely regarded as one of the most unpredictable types of gambling.

He is known as a high roller since he has placed bets for up to $3.5 million.

Because of his unbroken run of success in the sports betting industry in Las Vegas which spans more than three decades, Billy is considered a legend in the city.

Prior to this, he enjoyed a respectable income thanks to his work as a car salesperson.

In the late 1980s, he became a member of the Computer Group, which was responsible for evaluating sporting events through the use of computer analysis.

Even though he is currently retired, his wealth is still among the highest in the world at over $200 million. 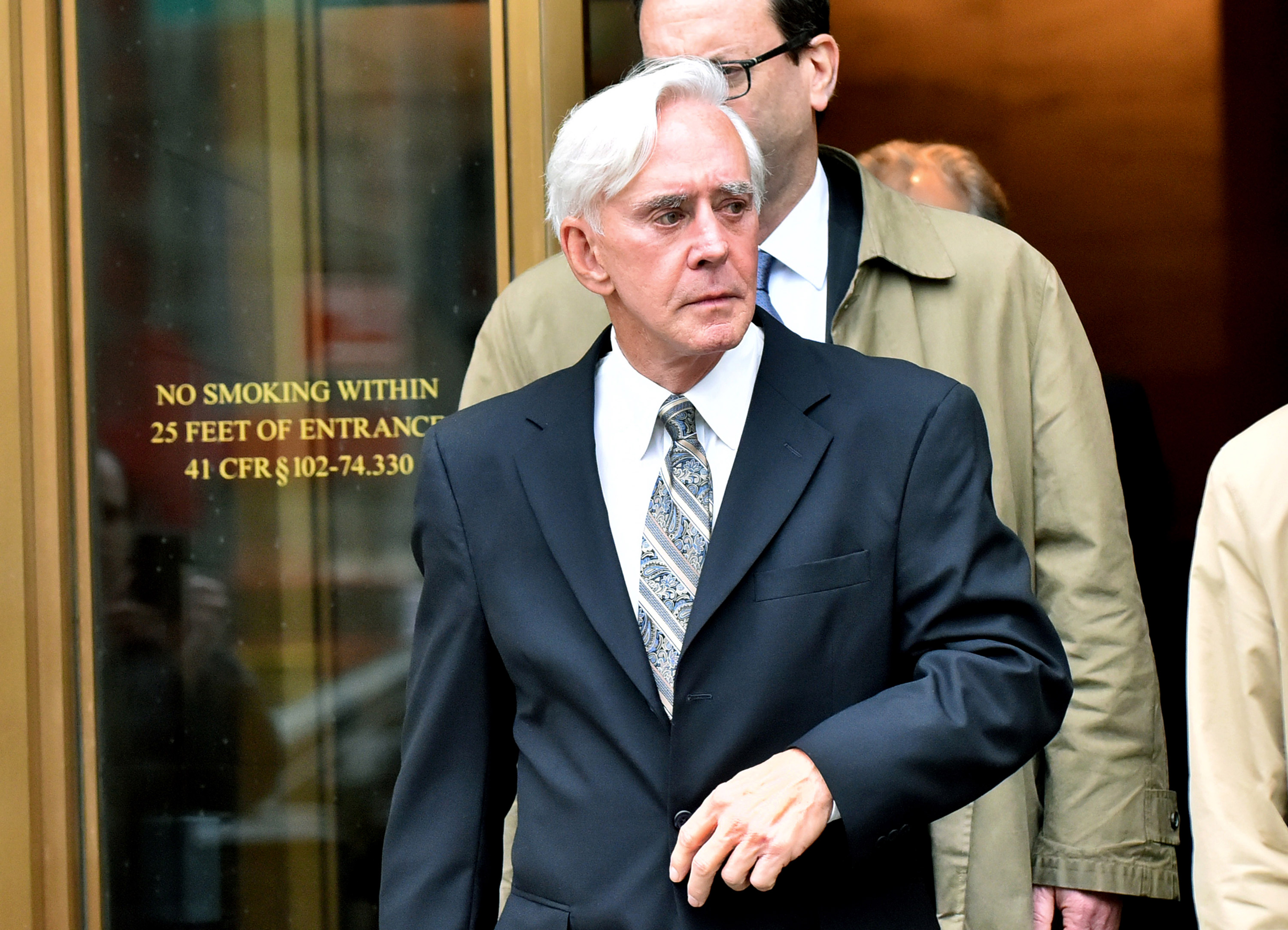 It's possible that Dan Bilzerian is one of the most divisive poker players of the time, but there's no denying that he's also one of the wealthiest.

In addition to that, he makes money off of his enterprises and social media.

In addition to being successful in business and gambling, Bilzerian possesses a sizable trust fund.

All of this success can be attributed to his father, who had a career as a company raider on Wall Street.

In 2008, he participated in the World Series of Poker (WSOP) Main Event, however, he was eliminated before the championship round.

For a very long time, people have thought of the United States of America as a nation that is big into gaming. However, contrary to popular belief, the United States is not the gambling capital of the world. Australia has this place of biggest gamblers by country position.

Are There Any Rich Gamblers?

Yes, as gambling has become very famous nowadays because it earns its players a lot of money. Tony Bloom and Bill Benter have billion-dollar worth now whereas Andrew Black, Dan Bilzerian, and others have a worth of million dollars.

Who Was The Biggest Gambler Ever?

William Lee Bergstrom, also known as The Suitcase Man or the Phantom Gambler, was a gambler and high roller who lived from 1951 until his death on February 4, 1985. He is best remembered for placing the largest bet in the history of casino gambling at the Horseshoe Casino, which he won. The bet was for $777,000, which is equivalent to about $2.56 million in today's currency.

Who Are The Biggest Gamblers In The World?

Tony Bloom, Edward Thorp, Andrew Black, and Zeljko Ranogajec are some of the biggest gambling players in the world.

In this article, we took a look at some of the richest gamblers in the world. We also got an in-depth look at how precisely they got rich as well as other things they have done with their victories to further expand their riches.

Have you heard about our online casino guide?