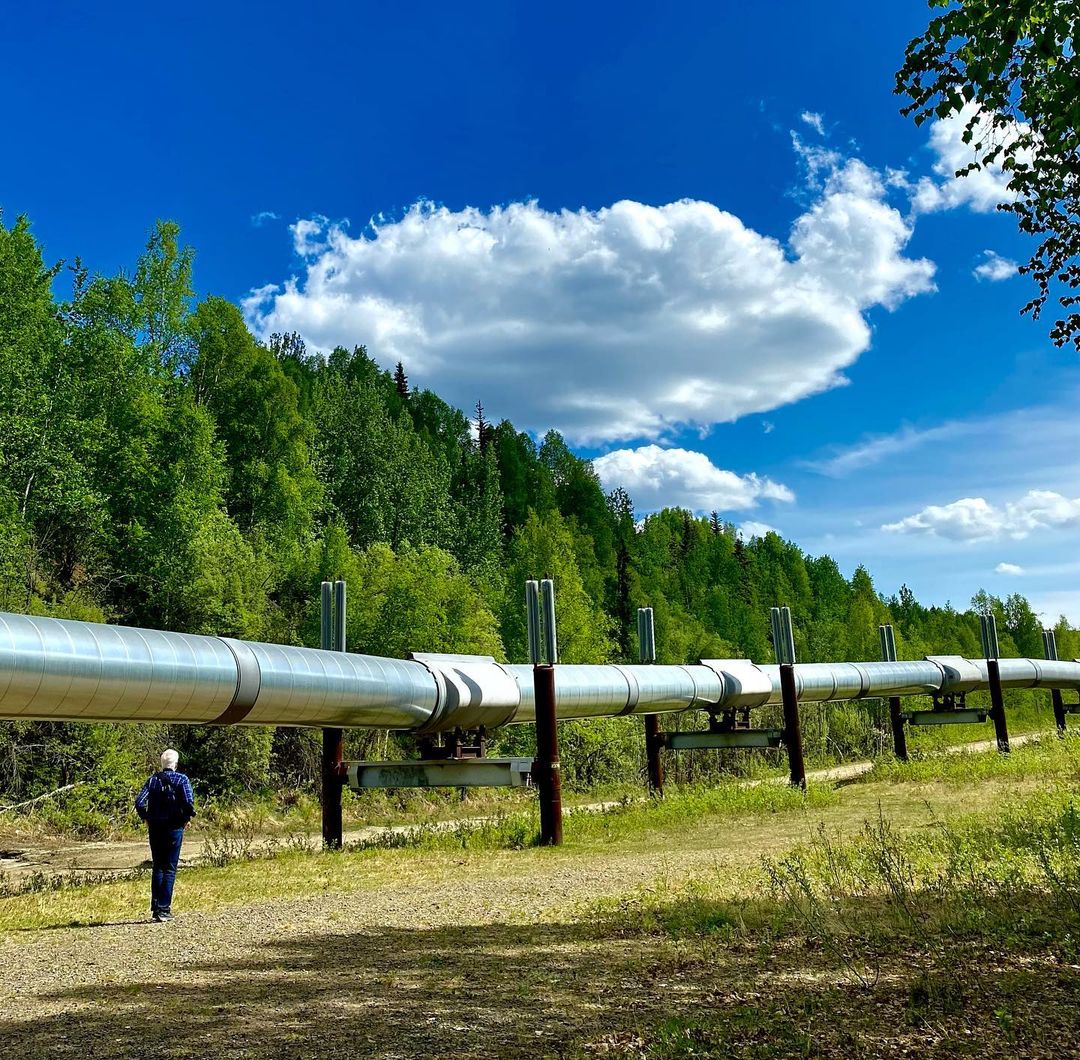 There can be numerous answers to the question “what can’t you see but benefits you,” and among them are gas and oil pipelines.

Located deep below the ground or underwater, these massive metal (sometimes concrete or plastic) tubes power up world economies.

Ever heard of freight transport? Pipelines play a crucial role when people transport things – assorted goods and commodities – from one place to another.

This transportation of goods sustains the economy.

Which country doesn’t use oil and gas? Can you imagine how they get transported?

And how about the water that comes out of the faucet in the kitchen sink or when you turn on the shower?

How do you think water reaches households like yours?

Not all pipelines are out of sight, though. Some are constructed above the ground.

This article will specifically explore oil pipelines: how interesting they can be, the assistance they give to people, plus the controversies hounding them.

Construction Process Of One Of The Largest Oil And Gas Pipelines In The World.

People depend on electricity daily.

Those in the cold regions must keep themselves warm. Those in the tropics benefit from air conditioning.

Vehicles need to get moving.

Oil is used to build and pave roads.

What could be the reaction of the 277-billion-dollar (as of 2020, per Fortune) global cosmetics industry if they learn that there’s no more oil?

Below are some of the more fascinating facts about oil pipelines.

But oil pipelines have already been in existence since the 1860s, the decade where the torpedo, the typewriter, and the traffic light were invented.

According to Smithsonian Magazine, the world’s first oil pipeline could have been built in 1862 in Pennsylvania.

It was made of wood: a “V”-shaped crude oil pipeline constructed using a couple of wooden boards.

A company named Phillips No. 2 in Oil Creek Valley was behind it.

Another oil pipeline – and this time made of iron – was built in 1863. Its length stretched 2.5 miles (approximately 4 kilometers).

In 1865, one oil pipeline, to which the Smithsonian referred to as the “first fully successful pipeline,” was able to transport oil daily.

How many barrels of oil?

In the 1900s, crude oil pipelines expanded in the U.S., according to Atmos International (est. 1955), a U.K.-based pipeline leak detection company.

At present, gas and oil pipelines are still being built somewhere in the world.

As of 2019, over 3.5 million kilometers of pipelines were already constructed. 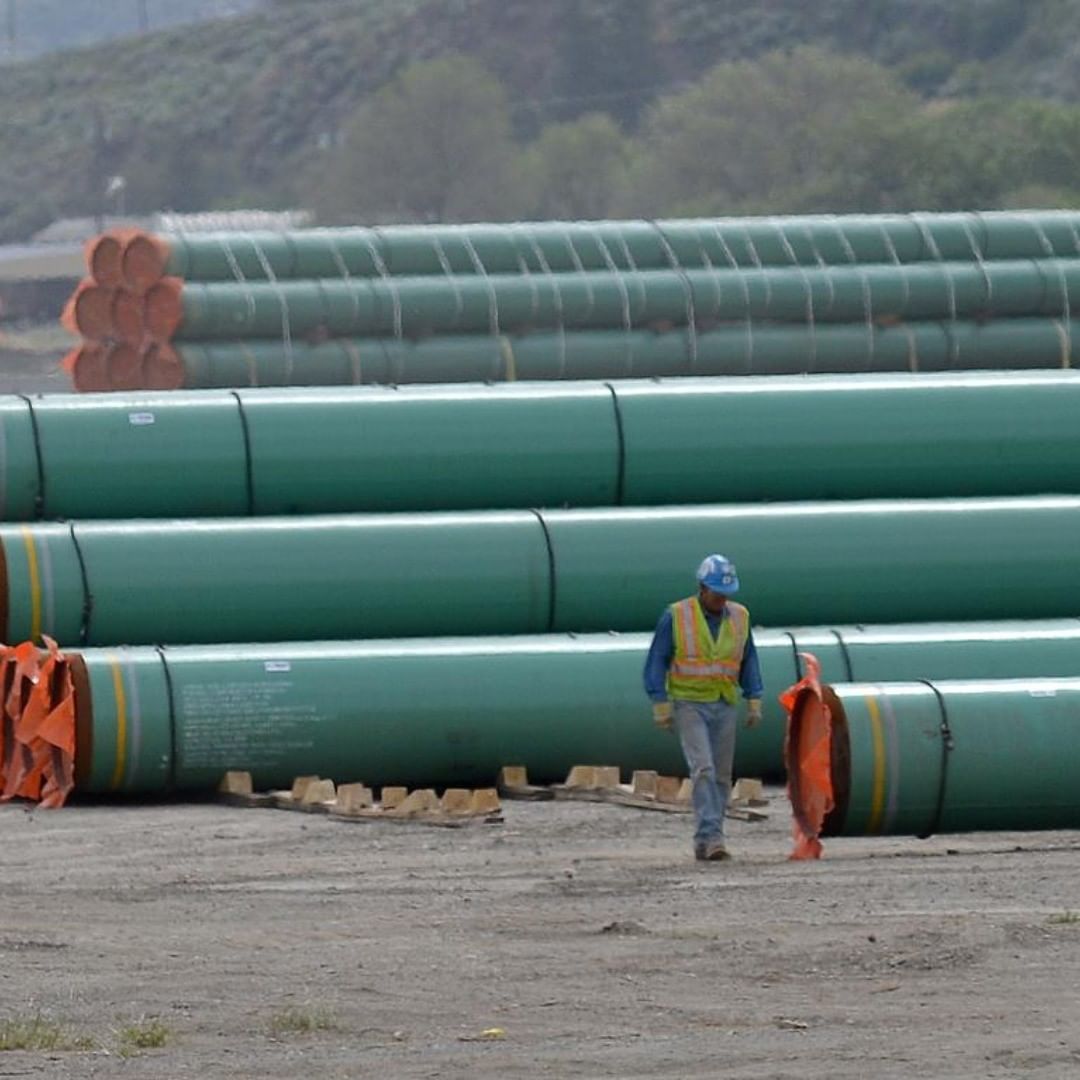 A worker in a hard hat walks past massive oil pipes

At one point in the history of mankind, the world’s largest oil pipeline was America’s Big Inch.

Longest Oil Pipelines In The World

Prospero Events Group, a Czech company that organizes conferences for the energy sectors in Europe, made a recent list for that.

As of 2022, these are the world’s top five longest oil pipelines:

One sad fact – a tragic truth – about oil pipelines is that, despite all precautions taken, spilling may still occur.

Now that the feared oil spills have been brought out, we might as well discuss the pros and cons of oil pipelines.

For starters, according to a 2017 online article by the Auburn University in Alabama, over 1,000 kinds of chemicals are found in crude oil.

Most of those chemicals such as benzene (this one can cause leukemia, or cancer of the blood) are harmful to people.

Why Do We Need Oil Pipelines?

The Canadian Energy Pipeline Association (CEPA) would gladly answer that:

From the time you get up in the morning until you go to bed at night, it’s difficult to find a moment when you haven’t used energy transported by a pipeline.

They’re important because we use them in cooking, in running hospitals and other vital institutions, and in creating useful materials – among several other things.

It’s predicted that for the next 30 years, oil, along with gas, will supply energy to countries.

In addition, compared to using trains and ships, TC Energy underlined how “safer” and “more efficient” pipelines are when it comes to transporting. 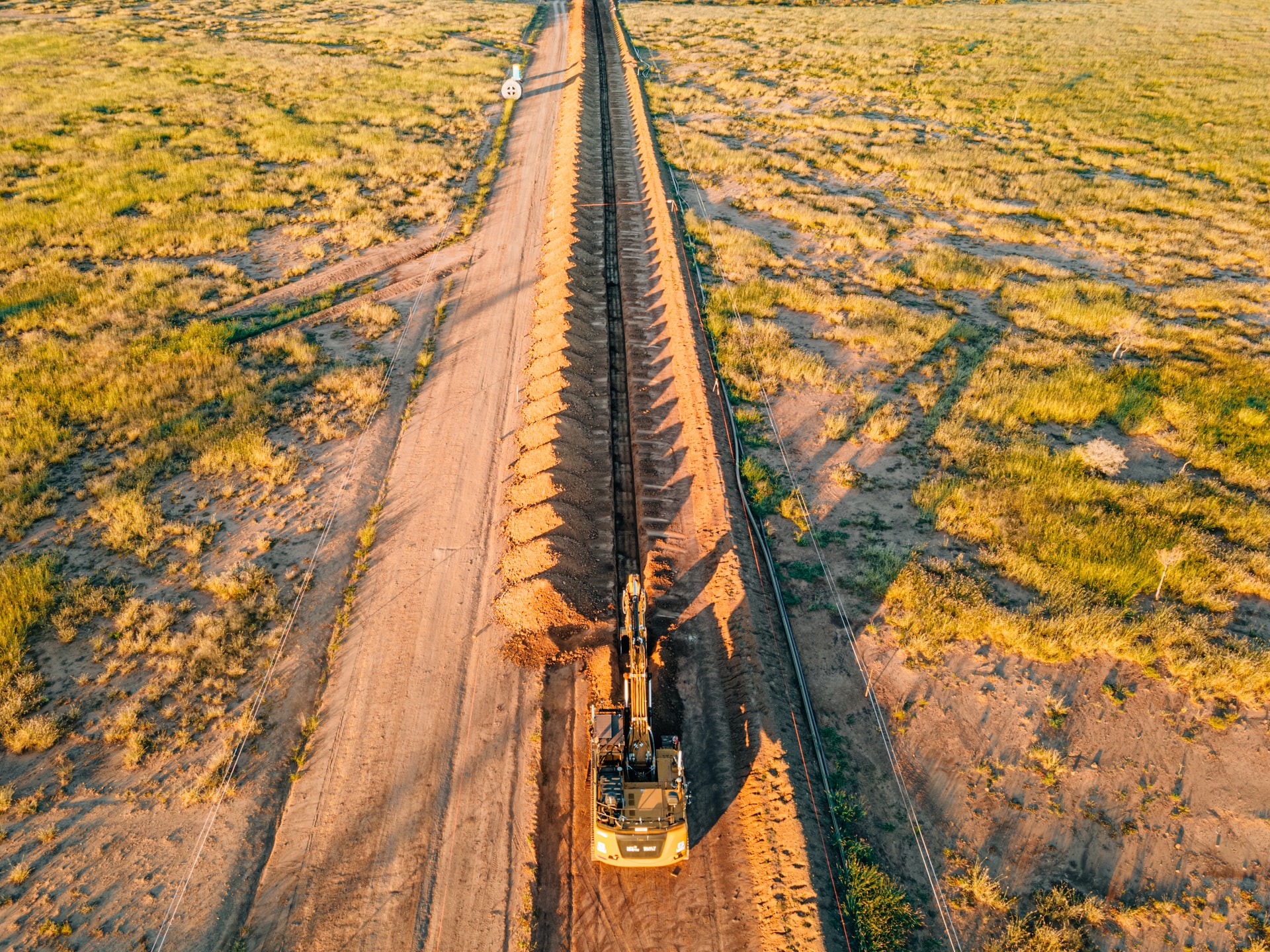 An autonomous excavator prepares trenches for an oil pipeline installation in Queensland, Australia

How Do Oil Pipelines Help The Economy?

Based on a 2016 study by IHS Economics and the U.S. National Association of Manufacturers (NAM), pipelines created 1.9 million jobs in the U.S. in 2015.

As they say, there are two sides of the coin; two sides to every story.

Let's now take a look into the cons of oil pipelines.

Why Are Oil Pipelines Bad?

In a nutshell, oil pipelines can cause “direct” harm on people and on the environment (and that includes wildlife).

It also claimed that they are not as safe as what oil companies would often tell the public.

Regarding pipelines, the American Fuel & Petrochemical Manufacturers has this to say:

They are the safest way to transport oil and natural gas.

According to Watershed Council, an American grassroots organization:

There are two types of pipeline incidents: leaks and ruptures.

Leaks happen more often but create less damage. Ruptures can be rare but cause “catastrophic consequences.”

From the data shared by the U.S. Center for Biological Diversity, an estimated average of 300 pipeline incidents occurred per year from 1986–2013.

They lead to over 2,300 injuries, with damages amounting to around $7 billion. 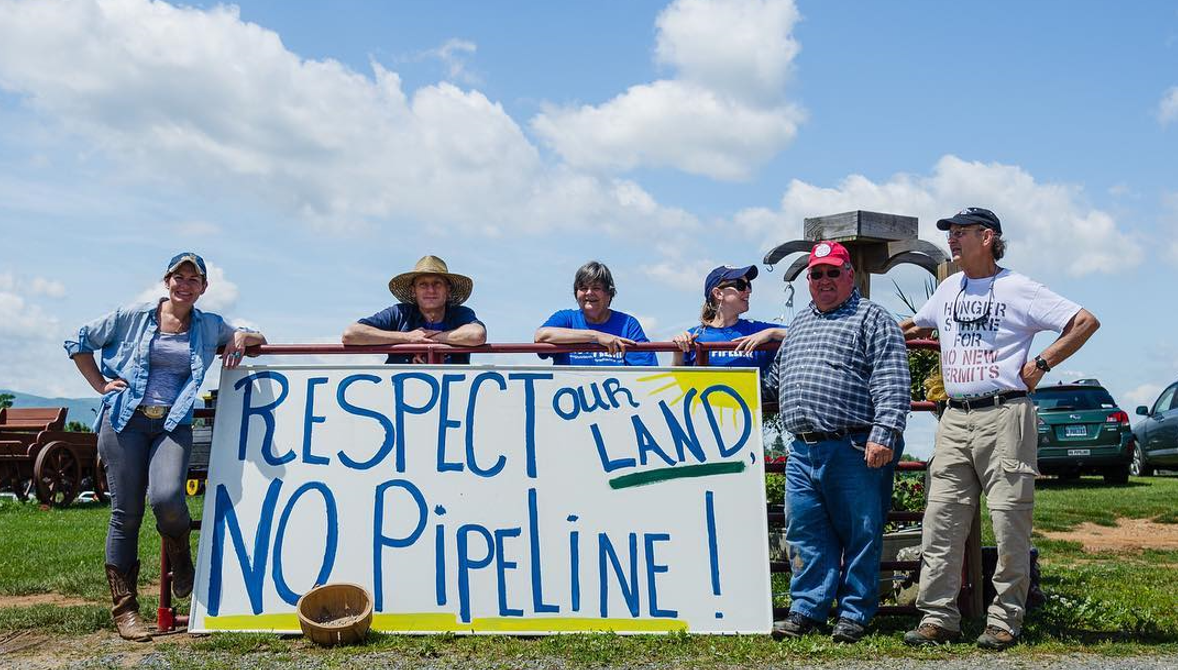 Six environmentalists, with a sign that says, ‘Respect our land. No pipeline!’

There’s a plan to build more oil pipelines (and similar pipeline projects) in the U.S. by 2030, according to Washington-based non-profit organization Earthworks.

In 2020, StateImpact Pennsylvania reported about a company cutting 558 maple trees (some were centuries-old) to pave way for a pipeline development.

It's clear that oil pipelines have their hits and misses.

The government, oil companies, organizations, and the public in general should meet halfway when it come to pipeline developments.

The Holleran family faced a court battle just to save those maple trees that once stood at their 23-acre property in Northeastern Pennsylvania.

It’s located west of the Mackinac Bridge, which spans one of the Great Lakes.

While many Michiganders rally for support to have it shut down, some politicians think otherwise.

Gubernatorial candidates running under the Michigan Republican Party disputed the call, according to the American Independent Foundation (AIF).

Oil & Water Don't Mix, an environmental coalition in Michigan, wants the public to know that:

In 2018, the two oil pipelines each had a dent and a cut after an anchor hit them.

Will there be another oil spill sooner or later? 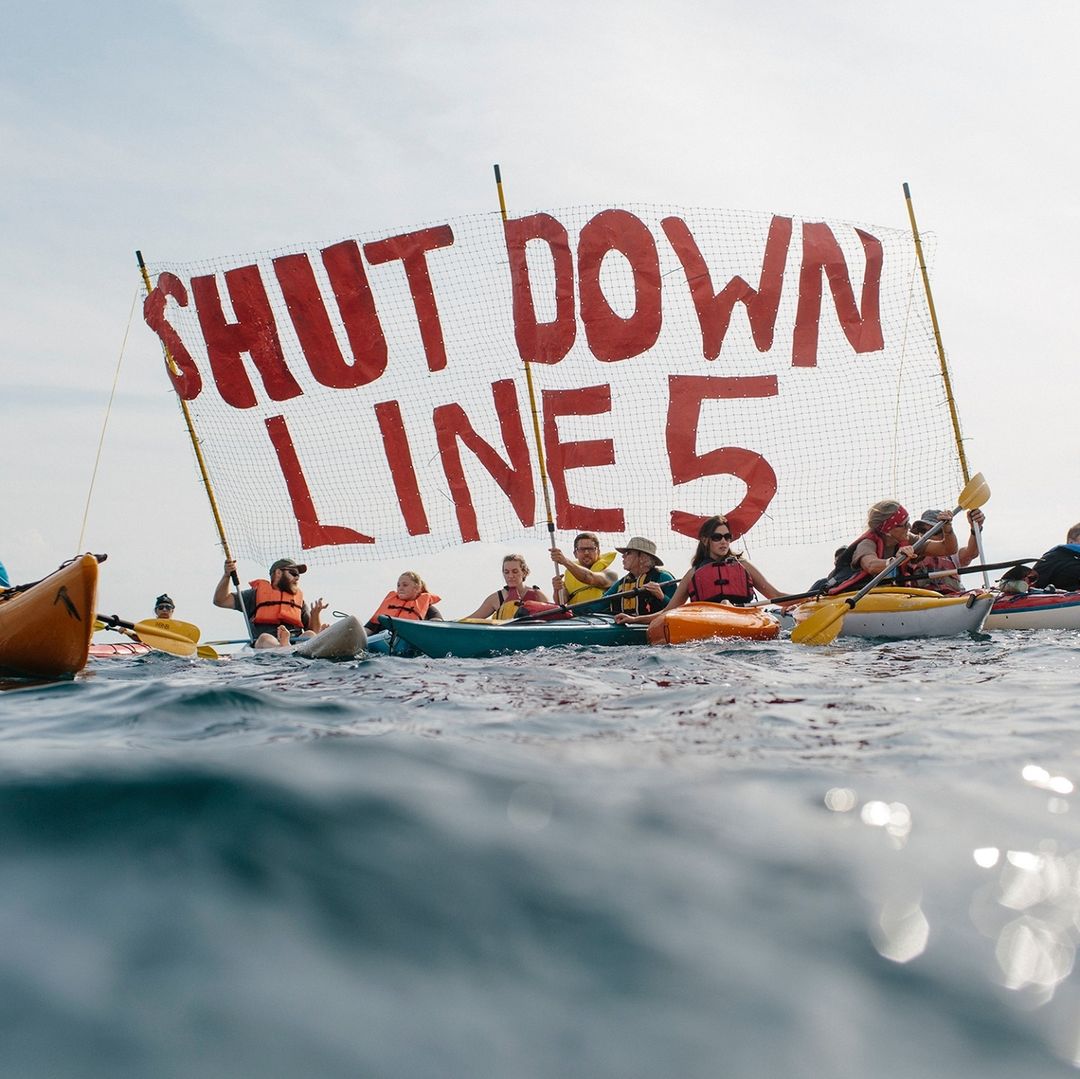 Members of an environmental group aboard a boat show huge cut-out letters that say, ‘shut down Line 5’

Do We Need More Oil Pipelines?

As a matter of fact, in December 2021, Reuters reported that the country is not using an estimated half of its oil pipelines.

But all the pipelines are already “half-full.”

What Countries Have Run Out Of Oil?

According to the magazine Oil and Gas World, these countries have dwindling oil reserves:

Will The Earth Run Out Of Oil?

According to the Millennium Alliance for Humanity and the Biosphere (MAHB) at Stanford University, oil will be depleted by 2052.

Conclusion – The Future Of Oil Pipelines

Oil pipelines, despite the environmental risks as well as land issues confronting them, are here to stay.

In America, they sure are.

The U.S. Department of Transportation noted that 65 percent of the energy used by the U.S. come from oil, gas, and petroleum.

That’s also what the U.S. Department of Energy said, according to Forbes. Those three will supply the country’s energy until 2050.

TC Energy said that in the U.S., pipelines are used to transport 66 percent of crude oil.

Therefore, even if sometimes the cons outweigh the pros, oil pipelines – with the fervent hope that spills will be prevented – will continue operating.