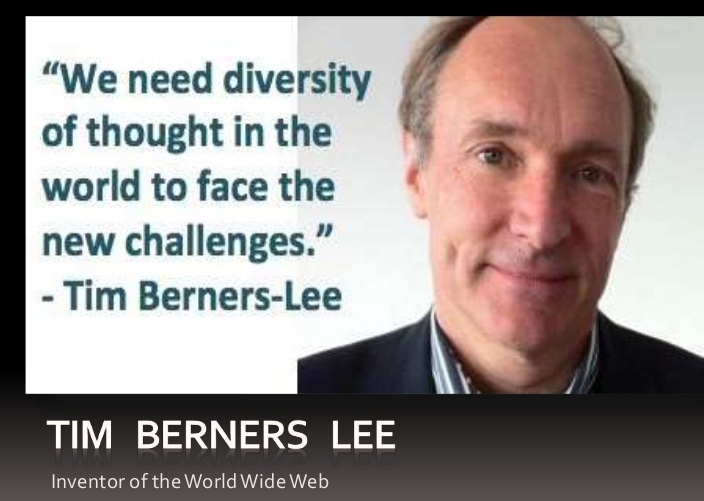 Tim Berners-Lee wrote the HTML and the HTTP protocol 20 years ago because he had a problem. His position as a researcher at CERN provided access to hundreds of scientists every year and the opportunity to review their research. But with each introduction and opportunity came the obstacles of multiple types of computer languages, multiple document formats, and incompatible interfaces. These variants caused unnecessary friction and slowed down the process of sharing scientific findings. He needed to find a better way to share information with other scientists.

At the time it was indeed an infernal battle with computers; monotonous tinkering, prone to error and failure. Out of this problem arose a solution from Berners-Lee, and a standard that revolutionized computing and communications.

The Documentation System In The Sky

Berners-Lee decided to write a paper about it. To Berners-Lee, it was a difficult idea to explain at the time. He imagined it as “some big, virtual documentation system in the sky” he said. He sent the proposal to his boss, who called it “vague, but exciting” and gave Berners-Lee the green light to work on the project. Indeed his implementation worked so well that he is considered the inventor of the world wide web. Extensions of the HTML standard today, make it possible for anyone with a computer to share information in writing, at a moment's notice, with everyone, virtually anywhere in the world. It wouldn’t have happened this way without the work at CERN.

The History Of The Browser

The world wide web Berners-Lee invented in 1990 didn’t catch on immediately. In January 1992 there were only 50 web servers in the world. In July of 1992, Perry Wei at UC Berkeley demonstrated the Viola browser for Unix X Windows. In November of 1992, Tony Johnson at SLAC delivered the Midas browser for X Windows. Jim Calliau at CERN started the development of the Samba browser for the Macintosh. In December 1992, Perry Wei, embedded programs in HTML pages, which he demonstrated to Sun Microsystems engineers, including the Viola source code. More accomplishments have followed. Today, Internet Explorer is the chief browser and Google is the main search engine for sorting through the billions of documents on the web.

A Call For Raw Data Now

But despite the current success and sophistication of web-based sharing, Berners-Lee directs our attention to a new priority he calls “Raw Data Now.” Speaking at the TED Conference, he made his point with a simple premise, paraphrasing here that: you cannot naturally use data by itself. In other words, for it to be really useful, we should combine and share our data with other data. Berners-Lee calculates that without sharing, data serves a very limited purpose. Not only should we share our data, but we should demand that governments and businesses share the data they prepare as well, he says. Accessible raw data is his new objective for the world wide web. As he points out, “data drives a huge amount of what happens in our lives… because somebody takes the data and does something with it.” To Berners-Lee, it is essentially from this sharing of data, that advances in science will emerge.

If the past was document sharing, the future is data sharing. Berners-Lee says now, “I want you to put your data on the Web.” But how should we go about that? To answer that question, he provides three points of instruction. One, a URL should point to the data. Two, anyone accessing the URL should get data back. Three, relationships in the data should point to additional URLs with data.These three rules are a much simpler departure from the past 10 years of discussion, chiefly focused on the “semantic” web and a “resource description framework”. Those concepts have so far received little mainstream acceptance because of their high level of abstraction. Other technology is faring better, in particular the hardware devices. For example, wider data collection through common 3G devices can now monitor traffic, temperature, emergencies and other events with transparent data connectivity. If the past is any indication, hardware advances will continue to arrive much earlier than software advances. So while the raw data is coming, we still have a long way to go before the software to access a world wide web of data is mature.