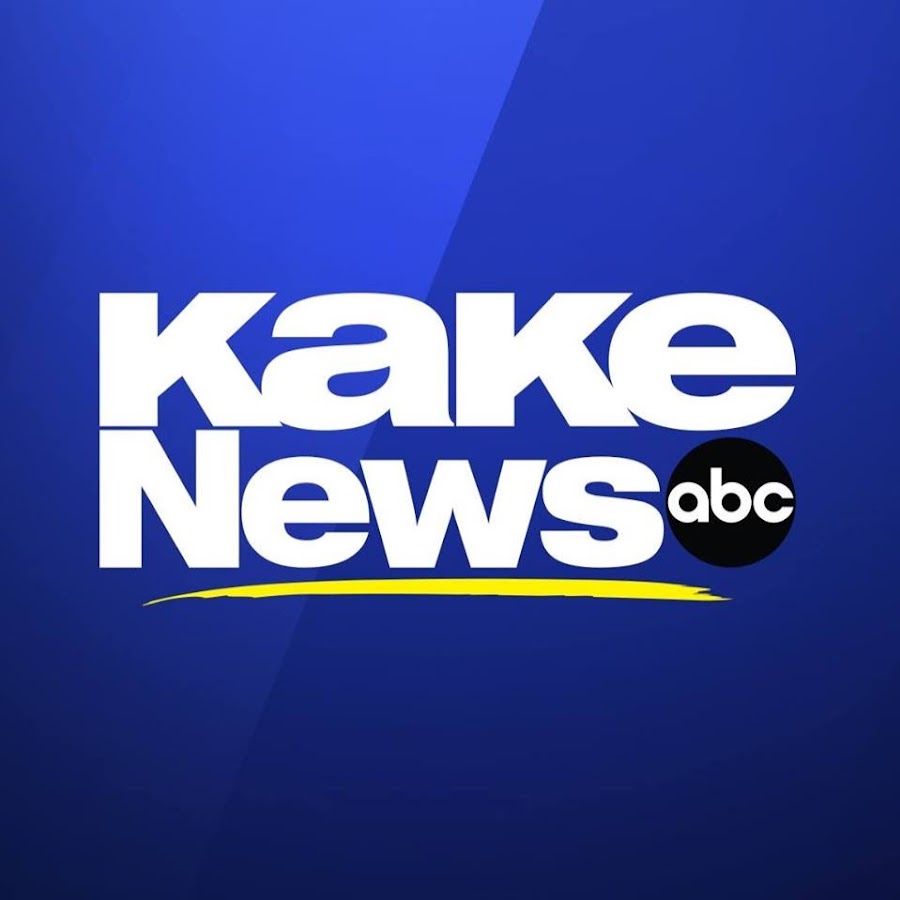 KAKE is an ABC-affiliated television station licensed to Wichita, Kansas, and also serves Hutchinson on virtual and VHF digital channel 10. Lockwood Broadcast Group owns the station. KAKE's studios are on West Street in northern Wichita, while the station's transmitter is in rural Sedgwick County (on the town limits of Colwich).

In the late 1950s and early 1960s, two more stations in western Kansas broadcast KAKE-TV and ABC programming: KTVC (channel 6) in Ensign, which began broadcasting on August 1, 1957, and KAYS-TV (channel 7) in Hays, which began broadcasting in 1958. The "Golden K Network" was the name given to the stations. However, in 1961 and 1962, KAKE lost both stations when they switched to CBS. KAKE signed on with KUPK-TV (channel 13) in Garden City as a satellite station serving southwestern Kansas on October 28, 1964.

KAKE got letters, poems, and parcels from the "BTK" serial murderer in the 1970s. One claimed culpability for numerous BTK killings, while another revealed information about the planned victim (who survived). Subliminal messages were aired on KAKE during a late 1970s interview with Wichita's police chief in an attempt to persuade the BTK murderer to turn himself in; the effort failed. In 2004 and 2005, the BTK murderer wrote KAKE another letter, this time with a word problem and a worry about the colds that anchor Susan Peters and Jeff Herndon were suffering from at the time. Dennis Rader, a Park City resident, was ultimately apprehended and convicted of the murders.

The station was sold in 1979 to the San Francisco-based Chronicle Publishing Company, which also owns KRON-TV in San Francisco and WOWT-TV in Omaha, Nebraska. KRON (along with a translator), WOWT, and KAKE all have facility IDs in the same range (which were assigned by the Federal Communications Commission around 1980). KLBY (channel 4) in Colby, an independent station that had stopped transmitting in December 1985, was acquired by Chronicle in 1987 and turned into a satellite of KAKE.

KAKE relocated all of its translators on UHF channels 70 to 83 (which were being phased out of broadcasting usage) to other, lower channel locations in 1988, and shut down a handful of the impacted translators altogether. From 2007 until 2011, the KAKE logo was in use. 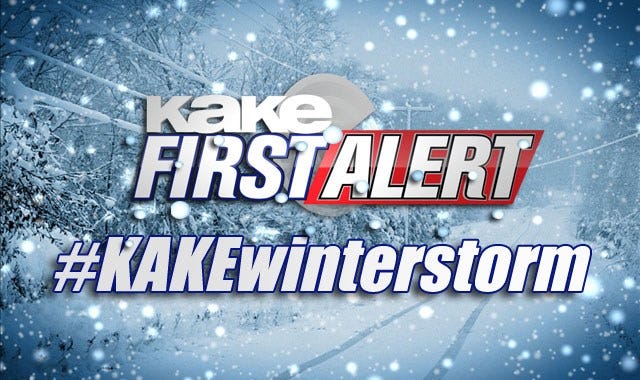 KAKE became the second television station in the Wichita-Hutchinson market (after KWCH) to begin broadcasting its local newscasts in high definition on July 17, 2011, with its 5:30 p.m. newscast (KSNW remained the only station in the market whose newscasts were not produced in HD, broadcasting them in widescreen enhanced definition until January 27, 2014, with weather segments only broadcast in high definition prior to that).

The station also debuted a new graphics package, a bespoke news music package (written by Aircast Custom Music), and a new station logo that highlights the long-standing "KAKEland" sub-branding for its satellite and repeater stations. KAKE started utilizing automated production for their newscasts when they switched to HD. It utilized Ross OverDrive automation, as did other Gray stations at the time (still in use today).

Some Kansas Kids Will Have Longer School Days After Covid Disruptions

Mark Tallman, a lobbyist for the Kansas Association of School Boards, said the new legislation, which provides for certain exemptions for health reasons or emergencies, has raised a lot of concerns. "I believe what lawmakers objected to was districts just declaring, ‘We're going to operate for all students in a hybrid or remote environment because we don't want the schools to be open,'" he added. "If you're dealing with a scenario where a kid has COVID and is absent or would be quarantined, that's a different problem than what the legislation was intended to deal with." When the Kansas Department of Education audits attendance statistics, it will ultimately determine what hours count. Teachers will continue to teach their in-person classes as usual, while the isolated students will observe courses through video conferencing.

A paraeducator or buddy student will keep an eye on the distant student, answer questions through chat, and discuss the student's concerns with the instructor. Teachers who teach both in-person and online classes will be paid an extra $50 each day. In an email to staff, Deputy Superintendent Gil Alvarez stated, "I believe the necessity for restricted remote learning will still exist."

Allowing isolated kids to connect to classes via computer is a "fair compromise" that "assures our pupils have the best possible chance to receive education directly from our instructors," he added. The Wichita district recorded 466 positive COVID cases among students and 84 instances among staff between Aug. 2 and Aug. 25. A quarantine was imposed on at least 133 workers.

Officials from the district stated they are keeping track of the number of kids who have been quarantined, but they are not reporting or publicizing this information. This week, the Kansas Department of Health and Environment reported 21 active COVID-19 clusters in schools, up from 14 the week before, with at least 114 positive cases. The authorities only detected two school outbreaks: Mount Olive Lutheran School in Overland Park and Central Elementary School in Lyons. 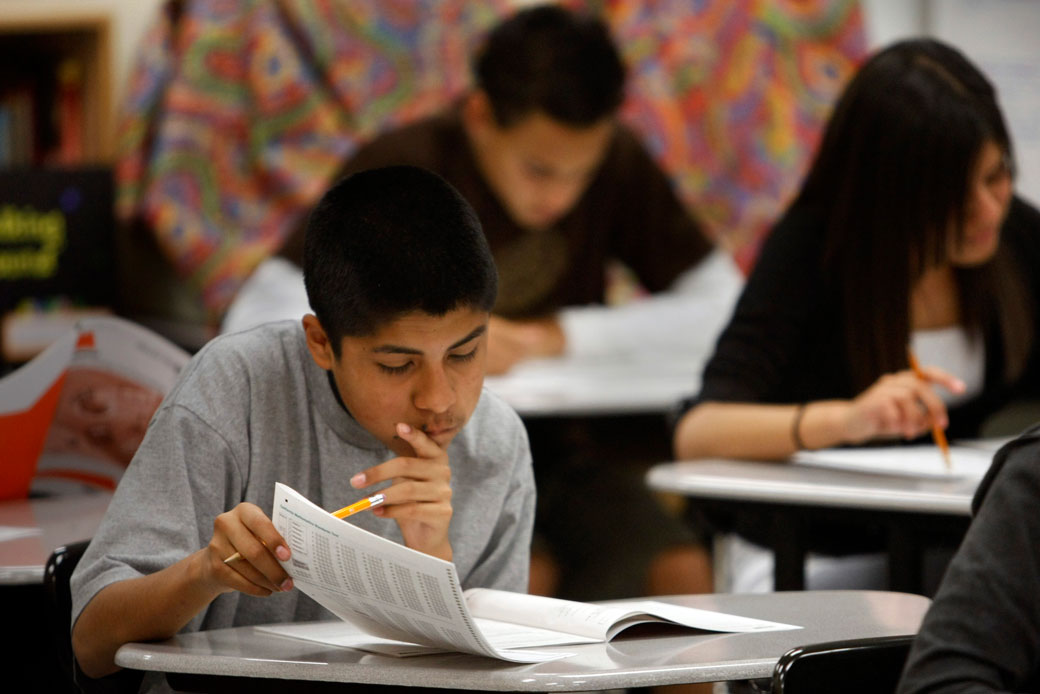 Thousands of Kansas nurses, who have been exhausted by a surge of extremely sick COVID-19 patients, may get additional pay this autumn as part of a federal pandemic assistance package worth up to $50 million.

As hospitals struggle to recruit enough personnel, a state task committee proposed a premium to pay for ICU and inpatient nurses, as well as other frontline health care employees, on Friday. The proposal must be approved by the State Finance Council, which will convene later this afternoon. The State Finance Council is made up of senior legislators and is headed by Gov. Laura Kelly.

Hospitalizations caused by the delta variety are putting a burden on hospitals throughout the country, forcing hospital administrators to scramble to increase staffing while aggravating a nationwide nursing shortage. Traveling nurse companies are demanding exorbitant rates, adding to the financial strain on institutions. According to the Kansas Department of Labor, registered nurses are the second most in-demand profession in the state.

The anticipated help comes after hospitals issued urgent warnings that they had reached a breaking point in their capacity to care for patients for many weeks. COVID- The number of hospitalizations in Kansas increased by 19 percent in July and August, reaching levels last seen in January, when the winter spike was at its peak. The proposal would provide hospitals with up to $50 million in government pandemic assistance to boost nurse salaries.

Hospitals would have a choice over how the extra compensation is distributed between now and the end of the year, but federal rules limit raises to no more than $13 an hour or $25,000 per year. Hospitals would only be allowed to use the money as a "pass-through," meaning they wouldn't be able to use it for anything else. Nurses have been offered incentives to switch employment from rival hospitals outside of the state, including hefty signing bonuses. Travel nurses are in high demand as well. As of Aug. 30, Aya Healthcare, a prominent travel nurse service, has received requests for more than 400 jobs in Kansas.

COVID- According to statistics from the Kansas Department of Health and Environment, 19 patient numbers have plateaued in recent weeks but have not started to decline. According to the Mid-America Regional Council, viral admissions are down in the Kansas City metro region, but local hospitals continue to treat many more patients than they did last spring.