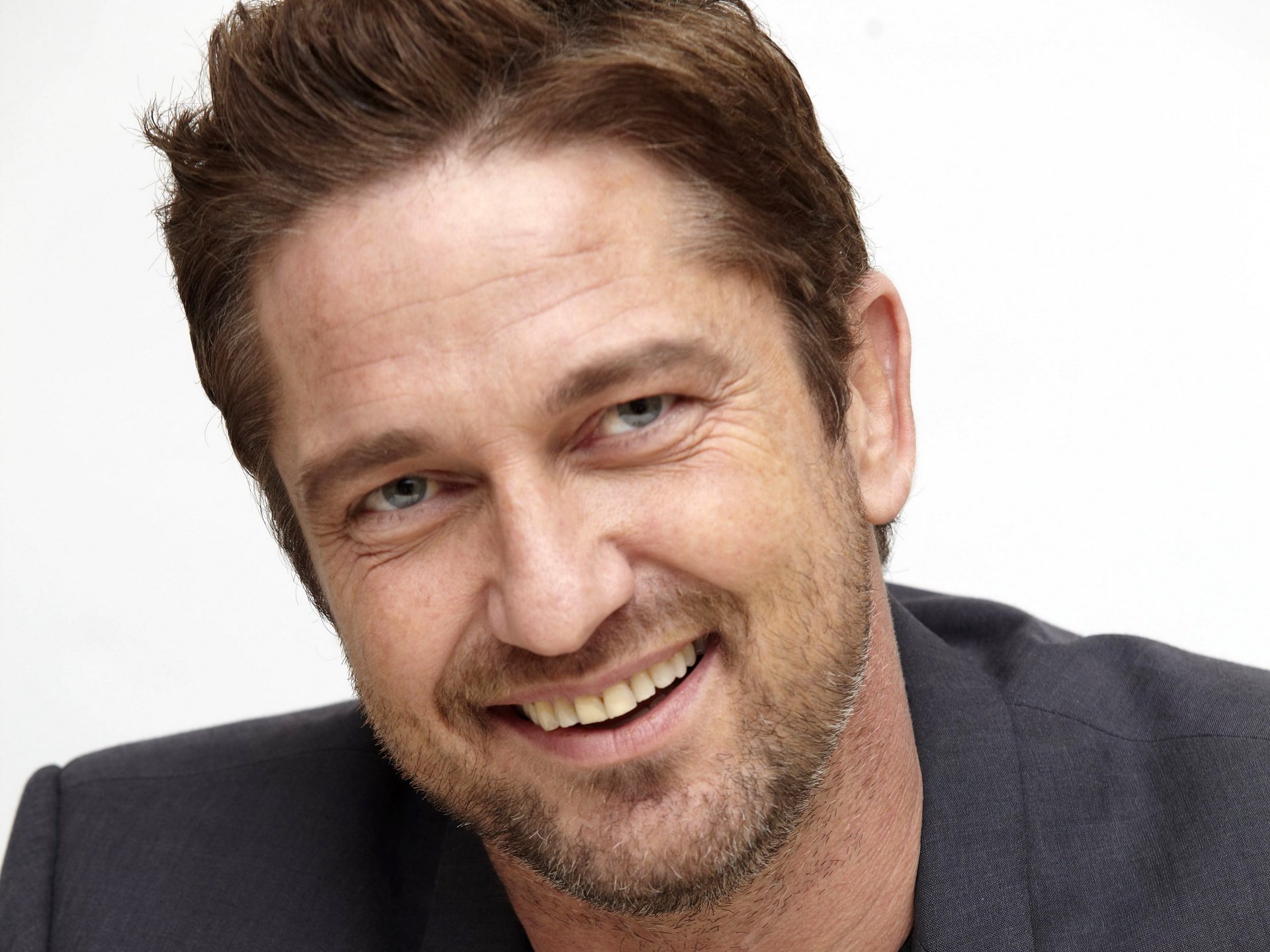 Since his on-screen debut in 1997's Mrs. Brown, the Scottish actor Gerard Butler has appeared in several films and television shows. After small parts in films like James Bond's Tomorrow Never Dies (1997) and the horror thriller Tale of the Mummy (1998), he grabbed the lead in Dracula 2000, playing Dracula. Butler appeared with Christian Bale in Reign of Fire (2002) and Angelina Jolie in Lara Croft: Tomb Raider, The Cradle of Life (2003) before portraying André Marek in Michael Crichton's science fiction thriller Timeline (2003).

It earned him an MTV Movie Award nomination for Best Fight and an Empire Award nomination for Best Actor. In the same year, Butler and Hilary Swank co-starred in the romantic drama film P.S. I Love You. Butler starred in numerous 2009 films, including the romantic comedy The Ugly Truth with Katherine Heigl and the thriller Law Abiding Citizen with Jamie Foxx, after starring in the 2008 movie Nim's Island with Jodie Foster and RocknRolla with Idris Elba.

In the 2011 film Coriolanus, he portrayed military commander Tullus Aufidius, a modernized version of Shakespeare's tragedy of the same name. In the 2011 action biography Machine Gun Preacher, he played Sam Childers. Butler appeared with Jonny Weston in the biographical drama film Chasing Mavericks and Jessica Biel in the romantic comedy film Playing for Keeps in 2012. In 2016, he played Mike Banning alongside Morgan Freeman in the action thriller film London Has Fallen, and he had a small role in the 2014 film 300: Rise of an Empire, in which he repeated his role as King Leonidas in a flashback.

Butler made his television debut as Marty Claymore in 1998's The Young Person's Guide to Becoming a Rock Star (1998). Butler starred as Attila in the 2001 miniseries, and he was cast as Johnnie Donne in The Jury the following year. 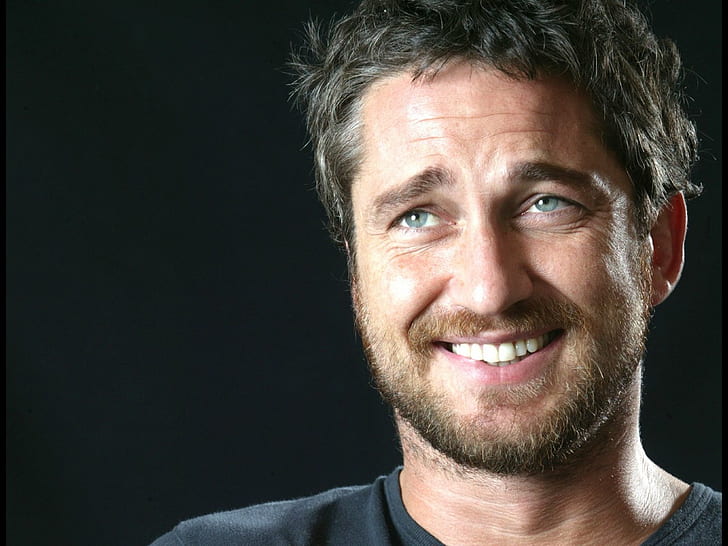 My living room was spinning and I was ready to collapse from pure insanity, so I had to stop Gods of Egypt after the first hour, at the scene in which Geoffrey Rush was standing on the bridge of his space barge firing lasers at a huge serpent. Nicholaj Coster-Waldau plays the Egyptian deity Horus, who must fight his evil uncle Set (Gerard Butler) and regain the crown of the world in Alex Proyas' 2016 fantasy action-adventure thriller. Without exaggeration, this film is completely insane.

Butler is having a blast portraying the villain in this film, which is as big as it is stupid. Meanwhile, Jaime Lannister has some amusing scenes escorting a nerdy thief called Bek, who is meant to be our primary character. The gods are all extremely tall, and the humans are all hobbit-sized, which means Horus has to pick up Bek and carry him about like a fussy baby in more than one scenario.

However, the film's whitewashing is hard to overlook. There isn't a single Arab actor insight, and this gets more obvious and irritating as the film progresses. The Gods of Egypt might have been a great popcorn movie, but as it is, it's just humiliating for all the wrong reasons.

Olympus Has Fallen is one of two Die-Hard-inspired movies set in the White House released in 2013, and it has an all-star ensemble, which, like any disaster film, adds to the silliness.

As the White House is taken over by terrorists and Butler's last surviving action hero, Mike Banning, battles to rescue the president, director Antoine Fuqua adds an old-fashioned passion to the action.

The 2011 movie Machine Gun Preacher, about a rehabilitated motorcycle gang member who dedicates his life to rescuing orphaned orphans in South Sudan, is a highly inconsistent picture. Butler's portrayal of Childers is undoubtedly fascinating; he's not a very pleasant guy, and even after he's reformed his criminal ways, he's prone to fits of frightening anger directed at his family.

It's easy to sympathize with his cause, as we watch Joseph Kony's Lord's Resistance Army wreak cruelty on South Sudanese children time and time again, but the film also appears to be (accidentally?) making the case that Sam's mission is motivated by selfishness. While this is probably not the point of view taken by Machine Gun Preacher's source material (it's based on Childers' self-aggrandizing autobiography), it has the potential to make a by-the-numbers drama much more fascinating.

The issue is that the film doesn't appear to know it's making a point. We get glimpses of it as Sam continues to neglect his family to the point of cruelty (in one of the film's better scenes, he yells at his daughter for asking for money for her school's formal dance) and drives them into poverty by selling everything they own to support his quest without consulting his wife. Despite Butler's excellent performance, Machine Gun Preacher eventually falls to an incredibly unsatisfactory ending, becoming yet another somewhat humiliating "white savior" film with good intentions but opportunistic execution.

Reign of Fire is set in the near-future UK, which is at the heart of a global outbreak of fire-breathing dragons. Butler has a supporting part opposite Christian Bale in this film, but it's Matthew McConaughey's performance as an Ahab-like dragon hunter that steals the show.

This cult classic dragon-apocalypse story is a delightful surprise, possibly because it takes itself so seriously, which oddly works in its favor. Most films would lean into the absurdity of such a high-concept idea. Reign of Fire succeeds in creating a compelling adventure out of old themes and clichés by doing the exact opposite.

The "Fallen" series made a bold turn in its third chapter, pivoting away from the increasing large-scale violence. Angel Has Fallen, on the other hand, strives for a more personal narrative by addressing Banning's age and delving into his family issues. Banning's history comes up with him, he needs medicine, and he eventually sees his father again.

The picture, although not without its own set of action genre clichés, nevertheless hits these beats with vigor. A complex assassination attempt on the president using a swarm of exploding drones is a standout scene. However, Nick Nolte's performance as Banning's father is arguably the film's most memorable. The seasoned actor proudly displays his abilities and has a great connection with Butler.

All bets are off if you accept the statement "Gerard Butler is a scientist." Butler plays a guy who created a network of satellites that can control the weather, but the satellites are taken over by a maniac who wants to rule the globe. This is pure Roland Emmerich 90s disaster garbage (it was co-written and directed by Emmerich's longtime producing partner Dean Devlin), complete with an ensemble cast that includes Ed Harris, Jim Sturgess, Richard Schiff, Andy Garcia, Zazie Beetz, Abbie Cornish, Robert Sheehan, and Eugenio Derbez, several of whom will be dead by the end credits.

Even though it was released in 2017, Butler's performance as a scientist is utterly implausible, and the film seems extremely antiquated. However, it isn't harming anybody, and if you like dopey Emmerich flicks, Geostorm is a good choice.

Greenland portrays Butler as a husband and father attempting to rescue his family from the coming doomsday of a planet-killing comet impact, which is a more low-key—yet still extremely explosive—disaster movie compared to a critical and financial failure like Geostorm.

Butler's performance isn't particularly noteworthy in comparison to his usual unstoppable action heroes, but it does contribute to the film's emphasis on drama and tension, with the family fighting impossible odds to survive the hellish situation, and the crisis bringing out the best and worst in humanity.

When Gerard Butler portrayed Dracula in the creatively named 2000 horror-thriller Dracula 2000, American viewers got their first genuine taste of him. Let me be the first to inform you that this film is both A) a load of nonsense and B) a blast to see.

Butler's acting is limited to smoldering, open-mouthed stares (he doesn't utter his first word until almost 30 minutes into the film), but the screenplay manages to weave an intriguing story about the renowned vampire that culminates in an unexpectedly poignant conclusion.

The finest portions of Dracula 2000 are when it modernizes Brahm Stoker's tale-the scene onboard the Demeter now takes place on an aircraft, and they play with the notion that Dracula's visage doesn't show in mirrors or on VHS in some creative ways. It is, however, very dumb and filled with generally poor acting, which isn't always a negative thing depending on your attitude. Butler, although having about as many lines as Boba Fett, is very entertaining.

Timeline is a fascinating film because it shows how a group of brilliant people can get together to create a thunderously terrible adventure story. This film about a group of graduate students time-traveling back to medieval Europe to rescue their trapped professor is as dull as it is frustrating, directed by Hollywood veteran Richard Donner and based on a book by contemporary sci-fi star Michael Crichton.

Gerard Butler's portrayal of André Marek, an archaeologist so fascinated with the period that he trains sword fighting and archery like he's planning a robbery at a Renaissance Faire, is a real highlight. Butler portrays Marek with a delicate mix of innocence and pensiveness as if he were a child spinning circles around the dinosaur bones in a natural history museum.

He's the polar antithesis of Michael Sheen's scenery-chewing villain Lord Oliver, who is the film's other shining point. Timeline is a tough film to recommend because, although its time-travel twists are entertaining, you can see them coming from a mile away.

Gerard Butler stars as a submarine captain engaged in the rescue of Russian President Vladimir Putin during a coup attempt, with Gary Oldman and Michael Nyqvist providing supporting roles.

The action offers enough variety with plenty of flairs to keep the interest high, even if the movie is a bit of a deliberately predictable throwback, with Butler assuming command under the water, a Navy SEAL squad on land, and the top brass dealing with the confusing information.