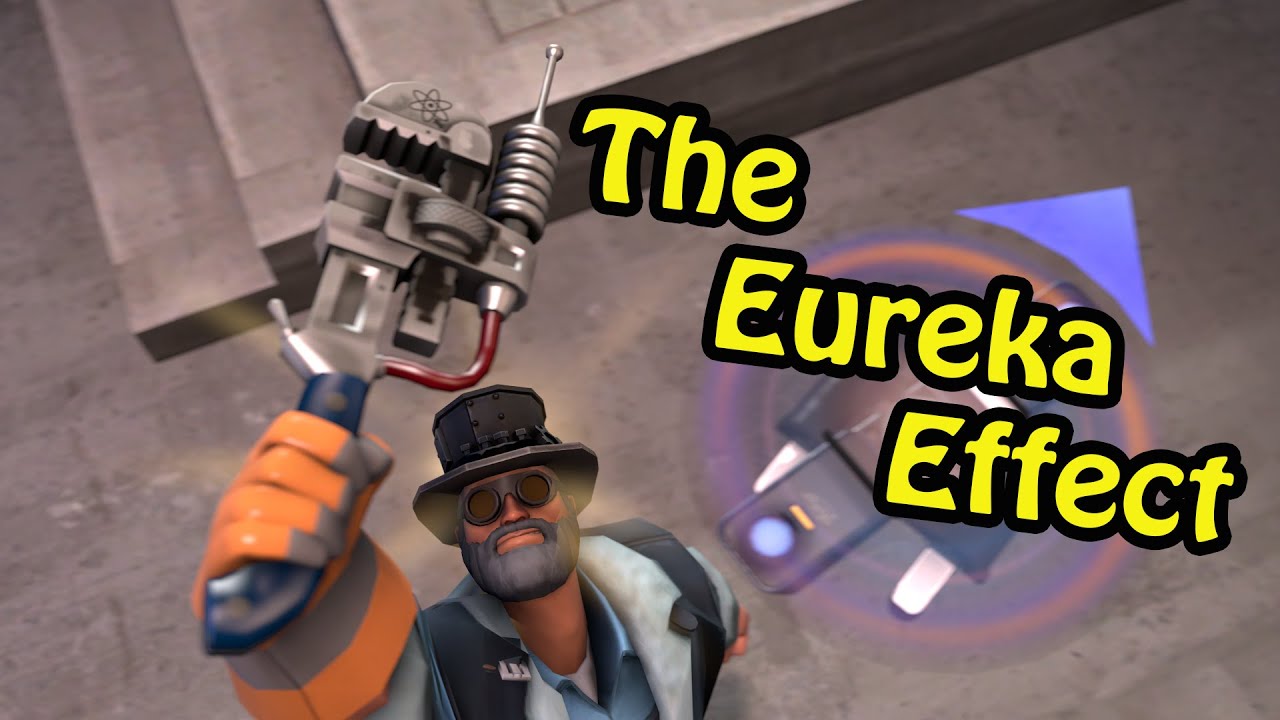 The Engineer now has access to a community-made close-combat weapon called the Eureka Effect TF2.

An atomic symbol is etched into the top of this retro-futuristic pipe wrench, which also has a handle in the color of the user's favorite sports team in TF2. 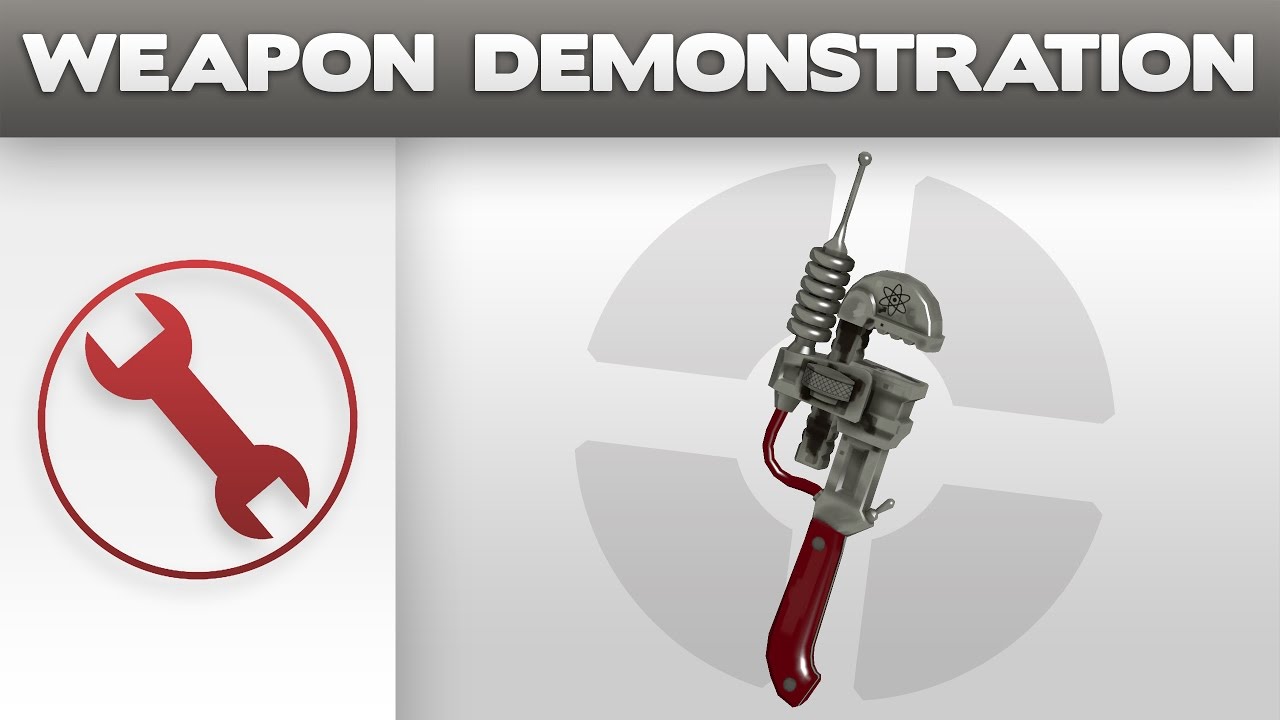 On the top of the head is a spiral antenna that looks a lot like a Tesla coil.

A switch located close to the top of the grip is linked to a red wire that may be found inserted into the base of the antenna.

The Eureka Effect TF2 stats are given below.

Valve Corporation is responsible for the development of the multiplayer first-person shooter video game known as Team Fortress 2, which was released in 2007.

It is the follow-up to the Team Fortress mod for Quake that was released in 1996 and its remake in 1999, called Team Fortress Classic.

Now coming back to the eureka effect, which is described as:

It fixes, it dents craniums, it's the wonder tool of the century!

How Does Eureka Effect TF2 Work?

The player's taunt can also be terminated if they are thrown into the air or into the sea during it. The taunt is over instantly, and it does not have any further consequence.

Because of this weapon, the player will receive 20% less metal from ammo boxes than usual.

The amount of metal needed to build a teleporter has dropped by half, from 50 metal to 25 metal.

When the player presses the reload key, a menu that contains options for where the player can teleport to appears.

When either location is chosen, the Engineer will use the weapon to taunt for about two seconds.

During this time, he will raise his wrench into the air before being struck by a bolt of lightning, which will then teleport him to the location he selected.

If the engineer selects the respawn room option, they will be transported to a functional respawn spot.

When the engineer selects the teleporter exit option, they are promptly transported to the exit of their teleporter, providing that it has been constructed entirely.

It is not necessary to enter through a teleporter in order to select this option, and doing so will not result in the teleportation system needing to be recharged afterward. 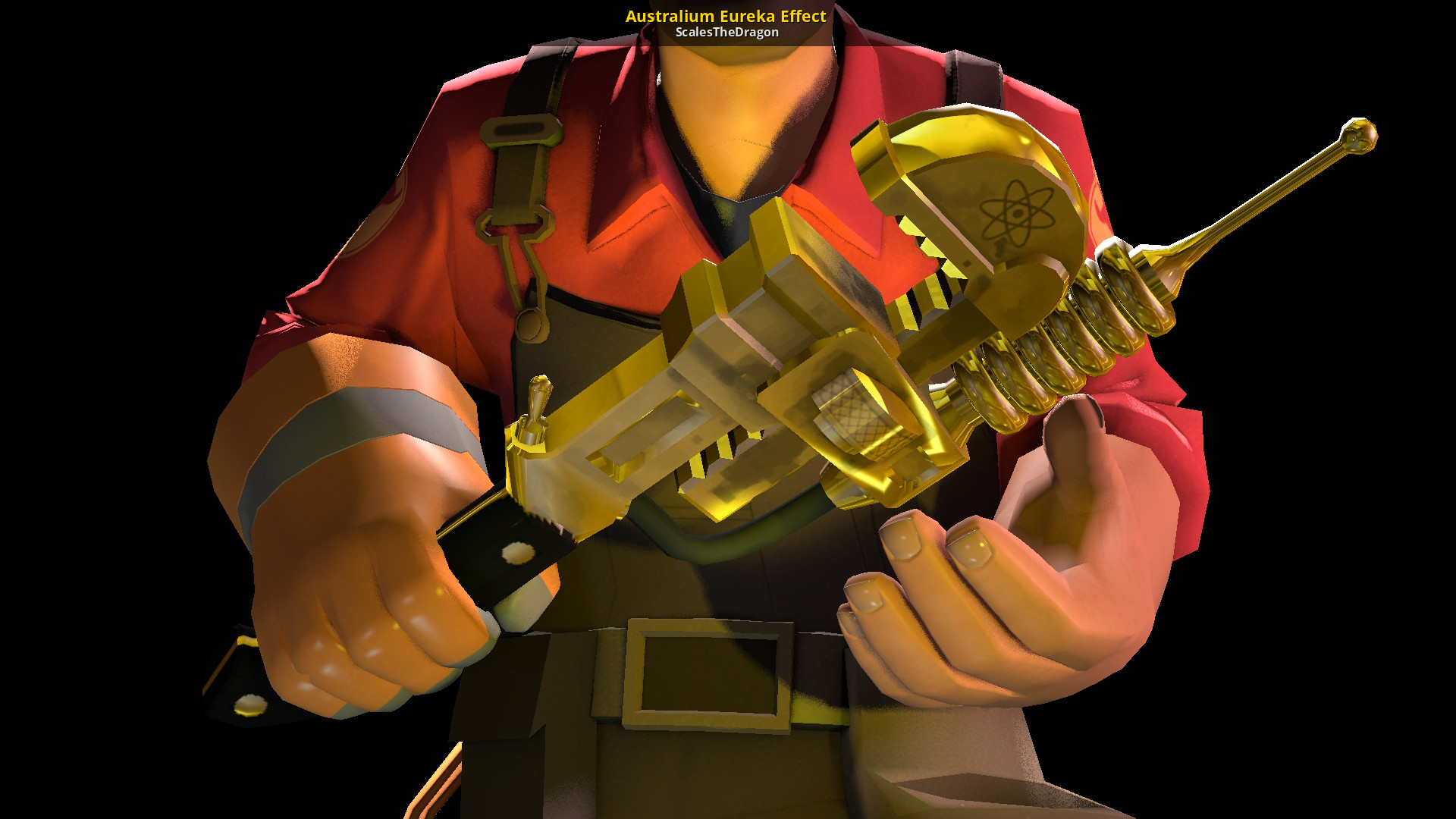 Any player that is within a certain range of an enemy teleporter exit when its owner is attempting to teleport there will be punished with a tele-fragmentation.

If an opponent destroys the exit while the engineer is attempting to teleport there, the engineer will instead be teleported back to spawn.

When the player walks through either of these places, they don't leave the usual particle trails in the colors of their team.

This taunt, like any other, cannot be used while the engineer is in the air or in water because those are both impossible activation states.

In addition, the Eureka Effect makes it possible for the engineer to construct and upgrade teleporters at a cost of only one-half the normal amount.

When it comes to accelerating building construction, the Eureka Effect, on the other hand, is 50% less effective.

Furthermore, the wielder will receive 20% less metal from ammo pickups and dispensers.

When you use the Pip-Boy, the GUI will change in a manner analogous to that of the destroy and build GUIs.

When the player switches from this weapon to the Gunslinger, the Sentry Gun that they have built will be destroyed.

After some time, Valve asked for contributions to the Eureka Effect to be made via the Steam Workshop.

The Eureka Effect was implemented into the gameplay of the TF2 game. These were the characteristics: 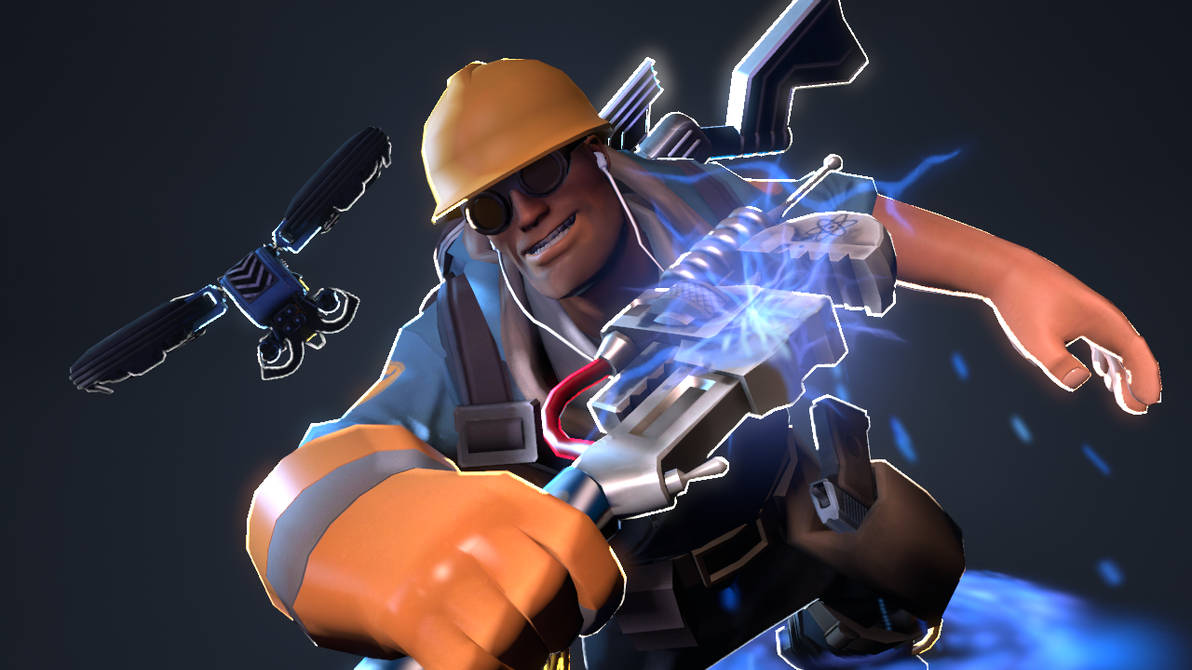 There was an exploit with The Eureka Effect in which the effects might activate without taunting in scenarios with severe lag. This has been fixed.

Crafting instructions for the Eureka Effect have been added.

The Eureka Effect was nerfed on June 11, 2014, making it so that his buildings now cost twice as much to upgrade and the rate at which they are upgraded is reduced by fifty percent.

Even though this is the case, players can still move their buildings even when they have the Eureka Effect.

In addition to that, it gave you the option of teleporting to the exit of your teleporter rather than just to your spawn.

On July 2, 2015, the penalties that were caused by the Eureka Effect were completely removed.

There was a fifty-percent slowdown in the rate at which your buildings could be deployed more quickly.

Ammo boxes now give players half as much metal as they did previously.

There are two particles that are not being used; one of them is an impact particle, and the other is an idle particle meant for the tip of the electrode.

What Is The Eureka Effect Meaning?

The "eureka effect" is the feeling you get when you suddenly understand something that you didn't understand before.

How Do You Use The Eureka Effect Taunt?

A button located close to the top of the grip is linked to a red wire that may be found inserted into the base of the antenna. When the player presses the reload key (the default key is R), a menu that contains options for where the player can teleport to appears.

Because it halves the cost of metal, (for teleporters), you may use it in conjunction with other wrenches to speed up the process of construction and make it go more quickly. It's a pretty amazing wrench. In addition to this, it is useful for sneaking through enemy lines and setting up a level 3 behind them.

The Eureka Effect is a gadget that eliminates effort by harnessing thunderstorm electrical discharges for the powerful compulsion of bolts, nuts, pipes, and other similar objects into their proper locations.