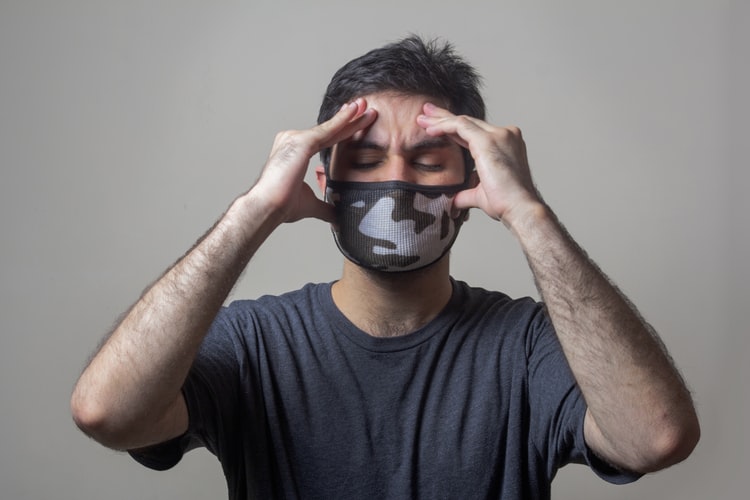 They are headaches that last for days and come back at a moment's notice. They sometimes emerge in teenage years, and last for a lot of adulthood.

It's a disease that's been around for decades, doctors claim. But only recently was the name given: "chronic daily headaches," or CDH, described as migraines or neck-and head-squeezing tension headaches that occur 15 or more days a month.

What Is Chronic Daily Headaches (CDH)?

Some may think it sounds like just another reason to miss school. But young people like Rachel Gohmann, an 18-year-old freshman from St. Cloud, Minnesota, know how debilitating the disorder can be.

Blinding headaches, which often left her bedridden, caused her to miss more than 100 days of her senior high school year—with her worst migraine lasting almost a month. Medication and a mentor helped her to graduate. But now a freshman at St. Cloud State University, she's already skipping a few classes, taking at least one trip a month to the emergency room, where she's offered medication to help her sleep.

Doctors estimate that between 1% and 5% of the population, including young people, suffer from chronic headaches every day.

About the same number of boys and girls suffer from them in elementary years. But once puberty has reached, young people are around three times as likely to get it, partially due to hormonal changes linked to menstruation. Other factors, such as a family history of headaches, stress and depression, also can play a role for both genders.

The Severity Of CDH

"It's really sad because these headaches take all the pleasure out of life at a time when high school and college students should be enjoying their lives," says Dr. Michael Cutrer, a neurologist who specializes in primary headache disorders at the Mayo Clinic.

If left untreated, he notes, the incidence of headaches always increases, making it imperative that treatment starts in the early years.

Gohmann is one of the many young patients of Cutrer. She says that when she began to get headaches last year, her friends didn't really get it.

"There was confusion about why I was gone so much; they thought I'd gotten in with a bad crowd," says Gohmann, an honored student who wants to be a psychologist. "They thought I was making it up." Abigail Rey had almost the same response from her doctor in Virginia when she had a bad headache for the first time five years ago.

"My doctor said to just deal with it," says the 16-year-old, who now lives in Shoreline, Wash., and has since found a physician to treat her chronic migraines.

When Rey moved, she began to see Dr. Sheena Aurora, co-director of the headache clinic at the Swedish Medical Center in Seattle. Aurora says it's not uncommon for people, particularly teenagers, to avoid care, partially because the public and some physicians don't understand the condition—or that treatment is available. She says that even some parents don't accept that their children's headaches are so bad.

"They just think they're complaining -- that it's not a real disorder, things like that," Aurora says. "But if it's interfering with the quality of life -- keeping them from everyday activities -- then it's probably time to seek help."

Even, even the most experienced headache experts say that seeking relief for chronic everyday headaches is not always easy. The Director of the Pediatric Headache Clinic at the University of Maryland Children's Hospital in Baltimore claims that at least half of the young patients who come to see him suffer from persistent daily headaches.

"These patients remain complex and perplexing," says Dr. Jack Gladstein, who founded the Maryland clinic in 1989.

Often, it is a matter of trying various migraine medications. Among the most common are prescription drugs called "triptans," which are marketed under such names as Maxalt, Amerge, Imitrex and Zomig. They're taken at the onset of a headache.

CDH In The Family

Since persistent headaches frequently occur in families, some doctors give their young patients medications that have operated with relatives. Others have also found that antidepressants often aid, as depression can be the underlying cause. Some of them accompany the use of prescription drugs with acupuncture or botox injections to relax stiffened muscles of the head and neck.

Doctors say it's also crucial that their young patients remain on a daily sleep schedule, avoiding stress and missing food.

Gohmann tried all of this - and says a new triptan drug appears to be improving. Still staying at home because of the headaches, she still hopes she'll be able to go to college.

In the meantime, she's discovered that several of her classmates -- and even some of her professors - have trouble with severe headaches, too.