A Family White Lies on Santa 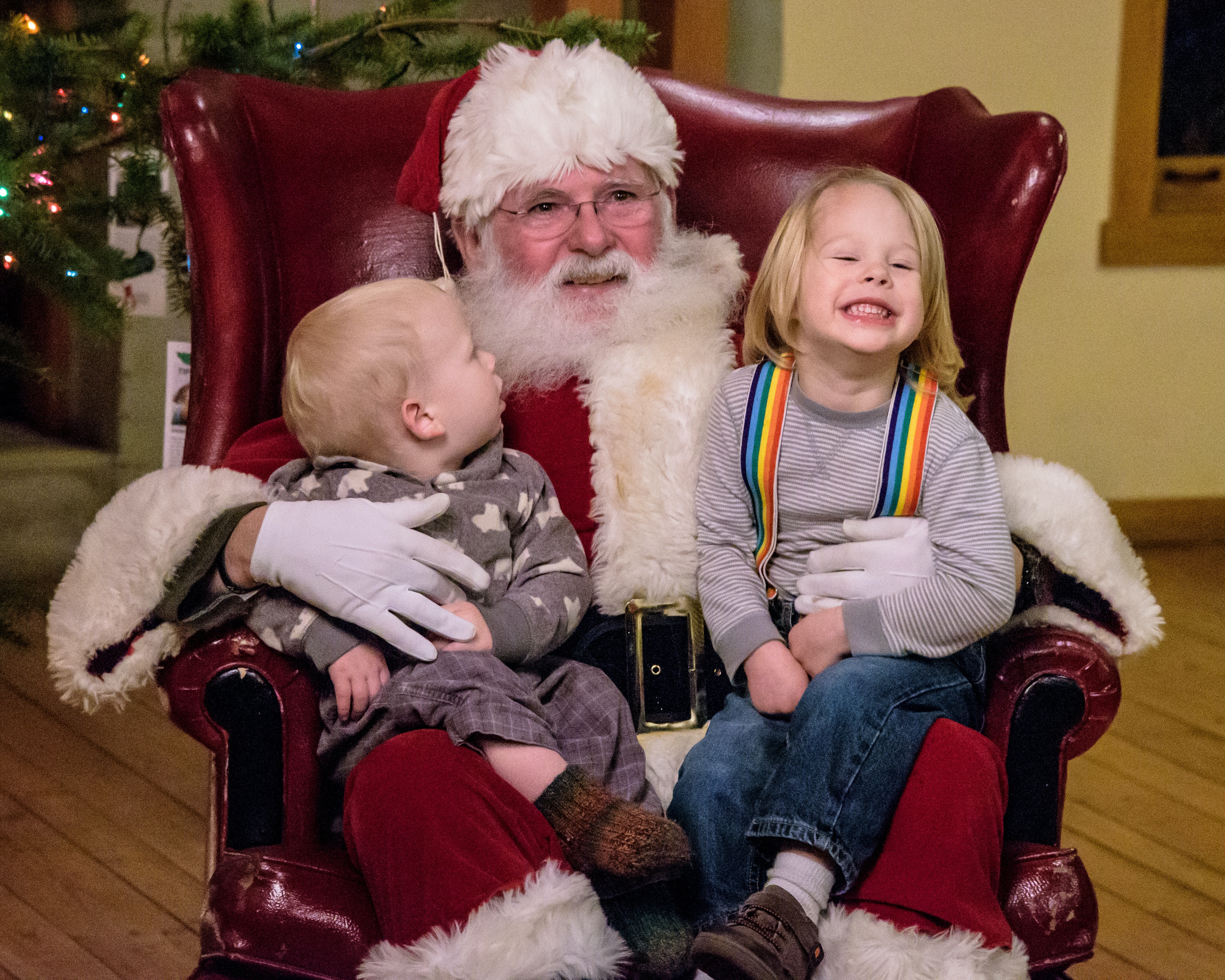 And it all starts with the first great lie, Santa Claus.

Who can't remember when they first realized there was no Santa Claus?

For me, it was when I discovered a secret cache of gifts in a closet and carefully unwrapped the end flaps on one, read the lettering on the side of the box and retaped the package. On Christmas morning the card on this same box said it was from Santa. How could Santa have brought this from the North Pole just hours earlier? And if there was no Santa, who was devising this elaborate hoax, who was drinking the milk and eating the carrots I left out for the reindeer? Who was leaving me thank you notes written in a feathery Santa hand?

My parents? My own parents were doing this to me? The same people who had selected our religion, our moral values, our standard of ethics?

Herein lies the crux. In our hatchling years, two similar controlling factors are presented to us Christians: God and Claus. They both see you when you're sleeping, know when you're awake, know if you've been bad or good, so be good for goodness sake. They both reward you for faith and sterling behavior, and punish you for lack of both - one with fire, brimstone and eternal damnation and the other with a mini-version of the same thing, a stocking full of coal and no toys. When Claus is revealed as a fraud, can God be far behind?

Some of us desperately need to believe in something. I dealt with the loss of Claus. But, with even less proof, I clung to the big Santa in the sky. When I became a parent, I decided not to tempt my own child with a similar crisis of faith. I would make life easy for him. I would tell him upfront there was no Santa Claus or Tooth Fairy. I explained very carefully, or maybe very vaguely, it was just a Christmas game. OK, maybe I lied a little, caught up in the sweeping desire of my child to believe in the magical. After all, his dolls and army soldiers were as alive and real to him as I was. How could I dispute Santa Claus?

With a bizarre tactic, that's how. I put out the wrapped packages but told him they were empty boxes, just the size of the things we were wishing for, and somehow, magically, on Christmas night the boxes filled up with our wishes. Without at least that deceit, he would have unwrapped the boxes, played with the toys and rewrapped them before I came home from work every day, something I suspect he did anyway.

But direct questions about Santa were always met head-on. Is there a Santa Claus? There are lots of Santa Clauses, Santa Clauses in every mall.

Well, it still didn't work - it did a reverse spin. He adopted a religious philosophy the polar opposite of my own. Whereas I opted to be accountable to the Santa in the sky with diamonds, he became one with the universe in a constantly reincarnating cycle. He continued to make choices that were opposite to mine. Did it all stem from the original loss of Claus, even as careful as I was to prepare him for it?

I once dated a man of a different religion who said we couldn't marry even if I agreed to raise our children in his faith because I'd brainwash them over to my side.

By The Example, I Set And The Practice Of My Own Beliefs

Not only had this man never had children, I suddenly wondered if he had ever even seen a child. Did he actually think you could clone them to your own way of thinking? Even the great Santa Claus lie only works because children want it to work, and then they use it against us to reject everything we ever told them.

If they pick up the same banners we're flying, it's only because they want to and have chosen, by fluke, the same beliefs. It's not that we have passed them on successfully. The Santa Claus conspiracy is the first conundrum we encounter on a lifetime journey of losing faith, and that's the only thing in life you can trust - the true and certain knowledge that you can't believe in anything.