Tom Holland Movies And Shows List: 15 Most Memorable Roles Of His Career 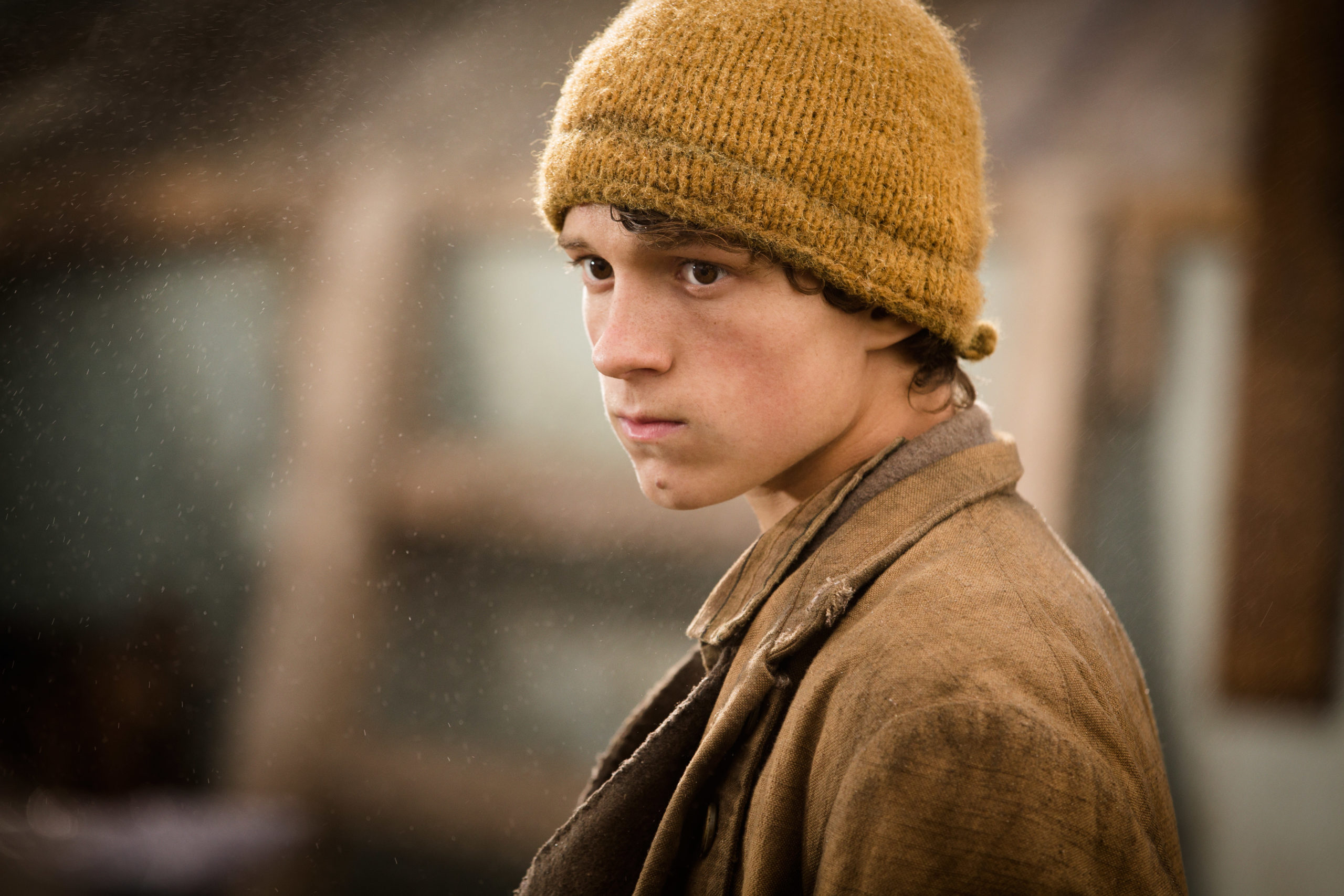 Thomas Stanley Holland is an English actor who was born on June 1, 1996. He started his acting career on the London stage in the title role of Billy Elliot the Musical in the West End theatre from 2008 to 2010. He graduated from the BRIT School for Performing Arts and Technology in London. He subsequently went on to appear in The Impossible (2012), for which he won the London Film Critics Circle Award for Young British Performer of the Year. 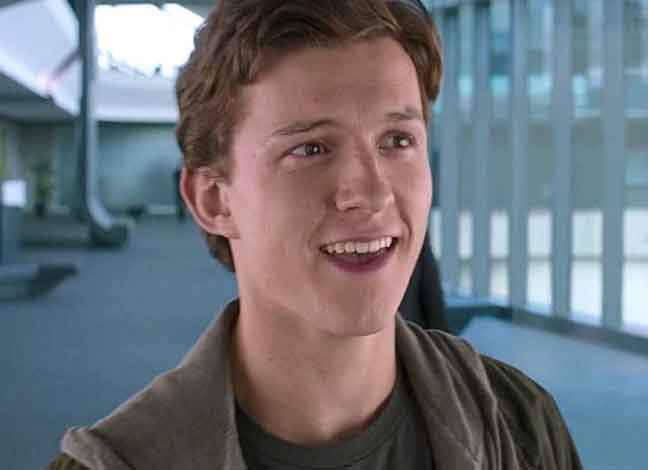 In this story about the real-life incident that inspired Moby-Dick, the people are secondary to the spectacle. In the Heart of the Sea, based on the shipwreck of an American whaling ship in 1820, gives the actors just a few distinguishing characteristics to work with: Chris Hemsworth aspires to be the ship's captain. Benjamin Walker is concerned that he isn't cut out for the role of captain.

Cillian Murphy's character, who is mainly focused on keeping clean, is playing a role that is a waste of his abilities. Despite the fact that the film is allegedly told from Holland's point of view, he receives nothing.

This stripped-down approach seems to be deliberate, as director Ron Howard appears to be more concerned in packing his film with big action scenes. As a consequence, the picture seems hollow, like a technological accomplishment in which the putative heroes exist only to carry the narrative from one setpiece to the next.

In the Heart of the Sea - Final Trailer [HD]

Despite its financial failure, the film got positive reviews from critics, with Time magazine naming it one of the greatest films of 2017.

Tom was nominated for a London Film Critics' Circle award for his efforts, and his acting career took another step forward.

In this icy thriller from filmmaker Rob Connolly, a divorced father is anxious to connect with his two sons, but his attempts result in a nightmare situation. Edge of Winter is too sluggish for too long, despite an excellent length of running time dedicated to exploring the clash of personalities between the father and his elder son (Holland), and despite Joel Kinnaman's performance as the father leaving an impact.

It barely offers a short thrill as the dread starts to sink in at the hour mark. Overall, the film falls short of distinguishing itself from previous, comparable thrillers by not doing enough and going far enough.

In this medieval drama, Tom co-starred with The Stranger's Richard Armitage.

Jon Bernthal, who played Wolf of Wall Street, also featured in the film and complimented Tom's performance in a 2017 interview with Collider.

"I can't say enough nice things about Tom; I believe he's one of the greatest performers I've ever worked with, and he's incredibly kind and kind, and he works extremely hard," he added.

Holland portrays Samuel Insull, Thomas Edison's (Benedict Cumberbatch) personal secretary, who acts as Edison's sounding board as well as the inventor's conscience. The Current War depicts a 19th-century battle between Thomas Edison and George Westinghouse (Michael Shannon) over which of their electric distribution methods would be utilized throughout the United States.

Given the quantity of talent on-screen, as well as director Alfonso Gomez-Rejon's visual touches, the picture is very compelling to watch in sections. Overall, it follows the anticipated patterns of a standard Hollywood biopic, and it indulges in the genre's propensity to portray female characters as secondary to the males who surround them.

The path to audiences of The Current War, which was hampered by sexual assault accusations against producer Harvey Weinstein, may end up being more notable than the film itself.

When Tom appeared in this play on the 2004 Indian Ocean tsunami, he became a kid celebrity.

The kid delivered a fantastic performance and earned critical praise for his portrayal of 12-year-old Lucas, opposite Naomi Watts and Ewan McGregor.

For his efforts, Tom received nine accolades, including the London Film Critics Circle Award for Young British Performer of the Year.

Tom's burgeoning success convinced Marvel executives to cast him as Spider-Man in the blockbuster MCU series.

In the third installment of the Captain America series, he made his debut as the famous figure, teaming up with Tony Stark-as Iron Man-to fight the eponymous superhero.

Tom, at the age of 19, was a lot younger than the previous two Spider-Man actors, Andrew Garfield (28) and Tobey Maguire (19).

The Brit was lauded for his performance and won two Oscars with Michael Keaton, Jon Favreau, Gwyneth Paltrow, and many other major names. The film was also a financial triumph, grossing more than $880 million (£622 million) at the box office.

From the start, Dolittle was worried. Following bad test screenings, the film went through 21 days of reshoots. Several writers, including Seth Rogen, were brought in to help guide the movie in the proper direction, but none of them was able to improve the final product.

Everything about Dolittle was criticized, from the pace to the plot. It also has the unfortunate honor of having one of the most ridiculed endings in recent memory. Despite the star power of Robert Downey Jr. and a voice cast that includes Holland, Dolittle is likely to be regarded as a box office failure. If at all possible.

Tom can look back gratefully on appearing in such a huge blockbuster, which is perhaps one of the largest Hollywood movies ever produced.

Infinity War was a tremendous hit at the box office, generating more than $2 billion, making it the sixth highest-grossing film of all time.

Tom once again delivered a strong performance as Spider-Man, garnering him a Teen Choice Award nomination..

How I Live Now has one redeeming feature: it is much more violent than other young adult book adaptations published around the same time. Daisy (Saoirse Ronan) is an American child who is taken to reside with relatives in the English countryside as the globe falls into all-out war.

This is presented in an uncompromising manner. A little kid gets shot in the head in one scenario. As he crawls to his death, his bleeding wound is evident. The film loses credibility by using these unfathomable horrors as either a background or an impediment to Daisy's love tale with her distant cousin Eddie (George MacKay).

Despite the fact that the relationship is never believable, it is the center of How I Live Now. Given his significant part in the film's opening scenes, Holland, who plays Daisy's nephew Isaac, seems to be set up as one of the protagonists. However, by the midway point, the story has become nothing more than a dystopian Twilight.

Spies in Disguise has a lot on its mind for a family-friendly animated comedy. The film discusses the CIA's tumultuous past, which has resulted in the loss of lives, as well as offers suggestions on ways to repair the agency's reputation.

Of course, since this is a family comedy, these strands are explored in a manner that enables the characters portrayed by Holland and Will Smith to enjoy plenty of high-octane adventures. The narrative plays out like a real espionage thriller mixed with a touch of comedy at its finest, such as in the opening scene.

Spies in Disguise is more often than not simply a moderately enjoyable frolic boosted by the likability of its two protagonists.

Tom's most recent appearance as Spider-Man was in the film Far From Home, which will be followed by No Way Home later this year.

With four prizes, the Brit earned even more recognition for his efforts. The film was a tremendous financial success for Marvel, grossing over £1.1 billion at the box office.

Locke shouldn't be as effective as it is. It shouldn't be as nerve-wracking as it is all too often. The film is set over the length of a single-vehicle journey, with the camera fixed on one person's face from beginning to end.

These aren't exactly the elements of a suspenseful drama. Nonetheless, The plot revolves around Ivan Locke (Tom Hardy), a successful construction manager who gets a critical phone call just as he is ready to embark on the most important project of his life. Hardy is at his finest in this film, portraying a family guy who is slowly but steadily unraveling and struggling to maintain his composure with every word he says.

With just little changes in his face and tone, the actor communicates a wide variety of emotions. What might have been a disastrous minimalist experiment between Hardy and writer/director Steven Knight becomes a very touching partnership. Olivia Colman, Andrew Scott, and, although not quite a Venom/Spider-Man crossover, Tom Holland, voicing Ivan's younger son, all contribute to Locke's success.

The sequel to Infinity War was even more successful, generating over $2.79 billion (just under £2 billion) at the box office, making it the second highest-grossing film of all time.

In Endgame, Tom resumed his role as Spider-Man, but he didn't have much screen time as Iron Man, played by Robert Downey Jr.

The film was also a critical triumph, earning many awards and nominations, including an Academy Award nomination.