Three Years After, What Have Americans Learned from Matt Danzeisen? 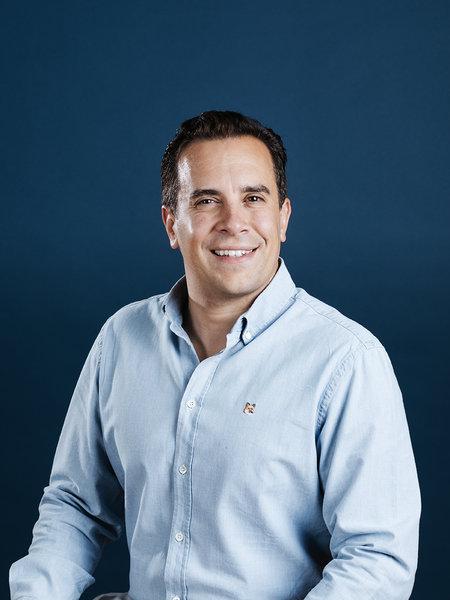 If you've been following regular tabloid reports for some time, then you should know Matt Danzeisen. He's Thiel Capital's portfolio manager whose private life infiltrated the top spot of Americans’ eternal hunger for celebrity gist three years ago.

In October 2017, Peter Andreas Thiel's guests arrived in Vienna expecting to mark his 50th birthday. But instead of a birthday celebration, the guests witnessed his wedding to longtime boyfriend, Matt Danzeisen.

Peter Thiel is PayPal's founder and a billionaire in his own right. Over the years, he has established a reputation for keeping his life private. That's why it came as a surprise to many when the news of the marriage broke out.

There's no denying that Matt Danzeisen and Peter Thiel’s marriage was a thing of courage, and worthy of celebration. And, trust Americans, Matt Danzeisen was rewarded for it. At least, now you know him. Now, we're still talking about him three years after.

Many were initially against the marriage. Thiel’s open support for President Donald Trump did, in no little way, contribute to such. Some might be thinking now: What’s so special about Danzeisen and Thiel’s relationship? After all, don't we have a lot of top-celebrity same-sex couples in America? So, what’s the big deal about this couple?

For one, it's special because it involves Peter Thiel, one of the earliest investors in Facebook and co-founder of PayPal. Isn't that something? Moreover, it's still worth wondering if, after three years, the billionaire has found happiness with Matt Danzeisen.

In The United States, The Legality Of Same-sex Marriage Is Just Five Years Old.

On June 26, 2015, the U.S. Supreme Court granted the constitutional right to same-sex couples to marry. If we're not about to demean the weight of this victory aside, then it would be nice to admit that the fact that same-sex relationships have been in existence for as long as anyone could remember. Certainly, Matt Danzeisen and Peter Thiel’s marriage wasn’t the first to hold the breath of Americans. Ellen DeGeneres and Portia de Rossi's marriage is still fresh on our minds.

If you observe very well, straight people have a curiosity to know if same-sex couples are doing great and are happy, maybe even happier than then they are. This sentiment, which did not begin today, echoes our natural desire to measure other people’s level of happiness, especially if they live a different life than our own.

But we need to understand that people can always create their unique ways of finding happiness. Once we accept this, then we can be willing to learn certain relationship hacks from those who seem to have their relationship going great for them.

But What Lessons Has Matt Danzeisen Taught Americans About Same-sex Marriage, And On Finding Happiness?

A cousin once narrated the story about a gay couple who left the bus in anger because a man, seeing that both women shaved their hair, wanted to know who among them was the husband, the “male” figure. Even as a straight man, I can understand how bizarre that incident was.

Whether Matt is the wife in their marriage should not matter to us. What we should be concerned about is that each day, Americans are continuously learning that several married same-sex couples are refusing to view their roles and responsibilities in the marriage through traditional identifications. What are they doing instead? They are disbanding gender roles to help them construct a marriage that makes them feel comfortable with each other. This is a union where roles are intentional: no one is the wife; no one is the husband. It is simply about two people who want to be with each other because they are in love. Surely, this is something straight couples should learn from. But, here's another bigger issue:

How Many Straight Couples Are Aware Of These Gender Roles?

Gender roles have marked society for generations to an extent that anything that's out of the ordinary suddenly becomes abnormal. We look at it as if it's incapable of bringing us happiness. We see gender roles as the only means of sharing the bigger tasks of our lives.

For same-sex couples, recognizing that their roles in their relationships are not motivated by their gender. If anything, they should try to sort out every task in a way that platforms their happiness without necessarily engendering other aspects of their lives. Matt Danzeisen and Peter Thiel’s three years of marriage, like many other same-sex marriages through the years, is enough to emphasize this point. People do things not because of their gender but because of their various personalities.

What Does This Revelation Expect From You As A Straight Couple?

Learn to allow your partner to do what they love doing. Let them be free to experiment in a way that seems best to them. Let them exist and do things according to their strength. This is one of the keys to marital longevity. Marriage should never be an excuse to deny the individual in you.

It Is As Simple As That.

When you take away the pressures, assumptions, and dynamics that expect your partner to do things in “certain” ways, you're guaranteed a partner who is happy to be with you. The secret is not a hard one: You have allowed them a place to be who they want to be in their way. Who wouldn’t want such?

If there's any other thing that people who identify as same-sex couples have learned to manage is putting off their stereotypes. It perfectly works for them and that's not a bad thing for all couples to imitate. Don't provide a place for stereotyping your partner. Live with acceptance. Give the person in your life access to their individual preferences to enjoying life.

Matt Danzeisen’s Marriage To Peter Thiel Has Ushered In A Truth That Many Of Us Are Still Unwilling To Fully Accept.

Across America and other parts of Europe and Asia, there's growing support for same-sex marriage. In 2017 alone, in the same year, Matt Danzeisen and Peter Thiel got married, there's been more than 61% in the number of officially married same-sex couples. Many things caused this. Few reasons could include the need for having children, accessing legal rights, and other benefits. But the biggest motivation is the natural desire for love and companionship, to be with someone who truly loves and cares for you.

Nothing Works Perfectly Under A Stigma

To set things straight, Matt Danzeisen and Peter Thiel’s marriage, surely, has its problem to contend with. One of the various researches carried out has already documented that the high prejudice and the low social support that same-sex couples continue to receive are having severe effects on their health. Add to this the diminishing access to health care and denial of other benefits. This is, sadly, still the case in many places, even though the U.S. Census Bureau reports about a million same-sex couples in American households. And this number continues to grow.

Nothing works perfectly well under a stigma, not even in a straight or same-sex marriage where the couple is completely in love with each other.

It has been three years after Matt Danzeisen and Peter Thiel’s marriage. Within these years, a lot has happened to our world and us: our world is under the threat of a global pandemic. As we are making a conscious attempt to survive, it is also important for us to continue to recognize people and their unique means of finding happiness.

What Can You Do In Your Little Way?

Disregard gender roles. Dismiss stereotypes. Consciously register support for others in their search for happiness. The event in Vienna has come and gone. There is a baby daughter now between Matt Damon and Peter Thiel. They are all living their lives and defining every possible way to be happy.

The message remains the same for Americans: settle back and enjoy life, while giving others who are different from you the chance to do the same

The world needs that more than ever at the moment.