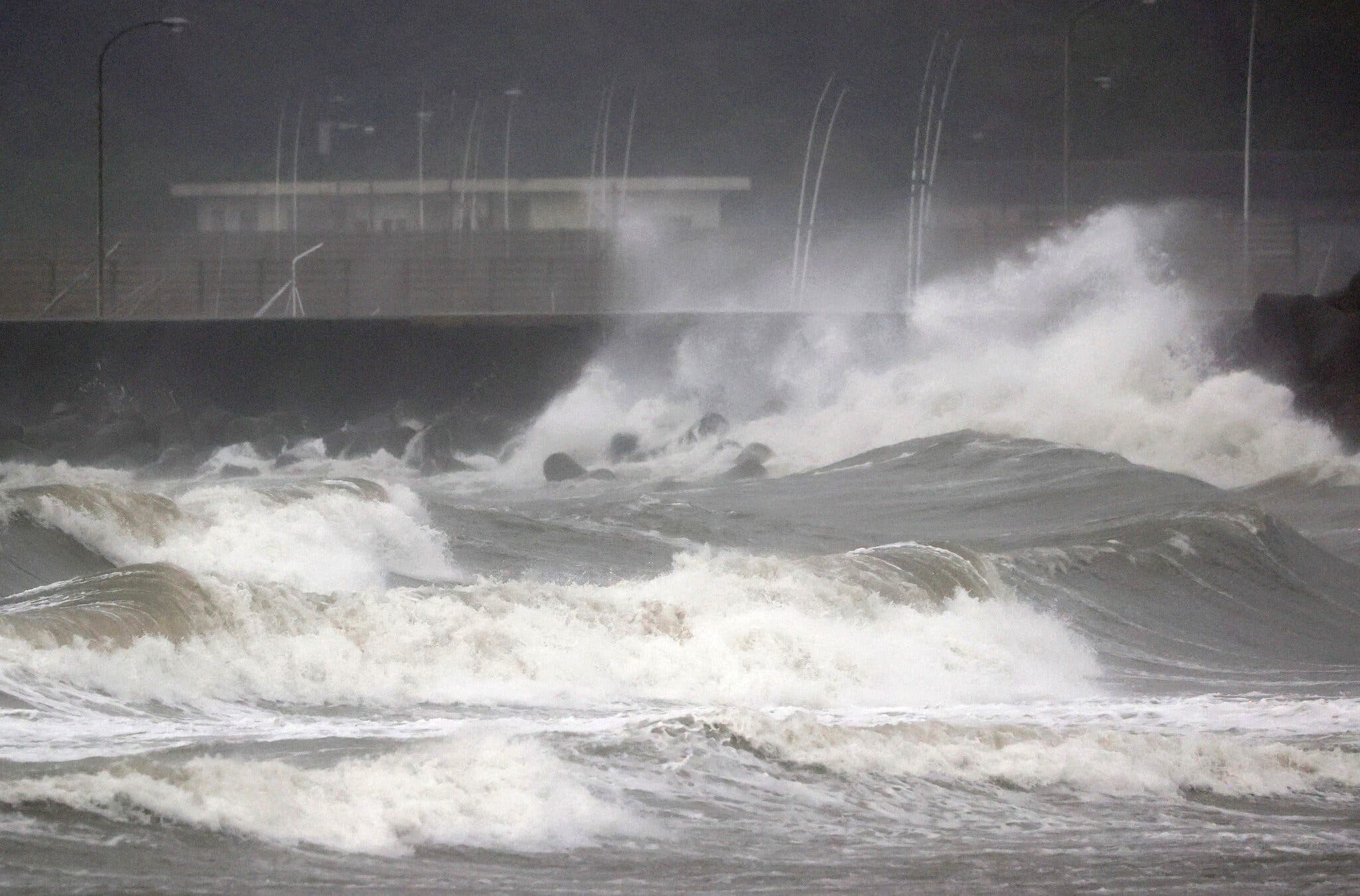 This morning, September 18, typhoon Nanmadol made landfall, bringing with it gusts of 112 mph (180 km/h) and heavy rainfall that could exceed 20 inches in some places. Super typhoon Nanmadol forces four million people to evacuate in Japan.

On the southernmost tip of the island of Kyushu, one of the four islands that make up the bulk of Japan, close to the city of Kagoshima, it first made landfall.

There are more than 13 million people living on the island, and at least four million of them have been urged to leave since the storm is likely to generate significant flooding, landslides, storm surges, and winds that might force homes to collapse.

Typhoon Nanmadol has received the highest possible classification from the Japanese Meteorological Agency—"violent"—while the Joint Typhoon Warning Center of the US Navy has designated it as a "super typhoon." The storm has the potential to be the most destructive tropical storm to hit Japan in decades.

An official from Japan's meteorological service warned Typhoon Nanmadol could be worse than both Typhoon Jebi in 2018, which claimed 14 lives, and Typhoon Hagibis in 2019, which resulted in significant power outages. He was speaking before the storm made landfall today.

The Kagoshima Prefecture has been issued a special warning, and residents of Kagoshima, Kumamoto, and Miyazaki have been given the second-highest level of evacuation instructions.

At evacuation centers, more than 9,000 residents have already sought refuge.

The head of the Japan Meteorological Agency, Ryuta Kurora, stated that "there are risks of unprecedented storms, high waves, storm surges, and record rainfall."

Maximum caution is required. It’s a very dangerous typhoon. The wind will be so fierce that some houses might collapse.

More than eight million people were told to leave their homes and seek shelter from the powerful storm, which was forecast to travel nearly the entire length of the nation.

According to officials, certain parts of the southern island of Kyushu were projected to receive 20 inches or more of rain, which would be a record-breaking quantity for the region. Although it was believed that the heavy rain posed the biggest threat to the safety of the locals, gusts of more than 110 mph were also reported, which resulted in large waves.

According to the national broadcaster NHK, approximately 8 million individuals in around 3.7 million households were instructed to leave certain regions in southern and western Japan.

Around 190,000 houses lost electricity, and many people sought refuge in shelters. Numerous domestic flights were canceled, and Kyushu's whole bullet-train system was suspended. There had been a few recorded injuries by Sunday night, but no fatalities.

To attend the U.N. General Assembly in New York, Prime Minister Fumio Kishida was supposed to leave Japan on Monday afternoon, but the national network NHK reported that he was going to postpone his trip. After evaluating the damage, Mr. Kishida will make a final choice regarding his trip, according to NHK.

Following its passage over the southern Japanese islands of Okinawa, Nanmadol on Sunday weakened a little then strengthened into a "very powerful typhoon" as it approached the Japanese mainland, according to the meteorological agency.

It had been categorized as a "strong typhoon," which is the highest severe storm category according to wind speed, by the agency. This past week, the Joint Typhoon Warning Center, a U.S. military command in Hawaii, issued a storm advisory and classified Nanmadol as a "super typhoon."

The typhoon is currently traveling north through Kyushu after making landfall, and it is anticipated to move up into central Japan and Tokyo over the next few days. Rivers have already risen as a result, which raises the risk of mudslides and land disasters.

During typhoon season, the nation is accustomed to receiving a lot of rain, but it is claimed that climate change is making typhoons bigger and worsening their effects.

The typhoon is anticipated to travel out to sea the day after it crosses over Tokyo on Tuesday.