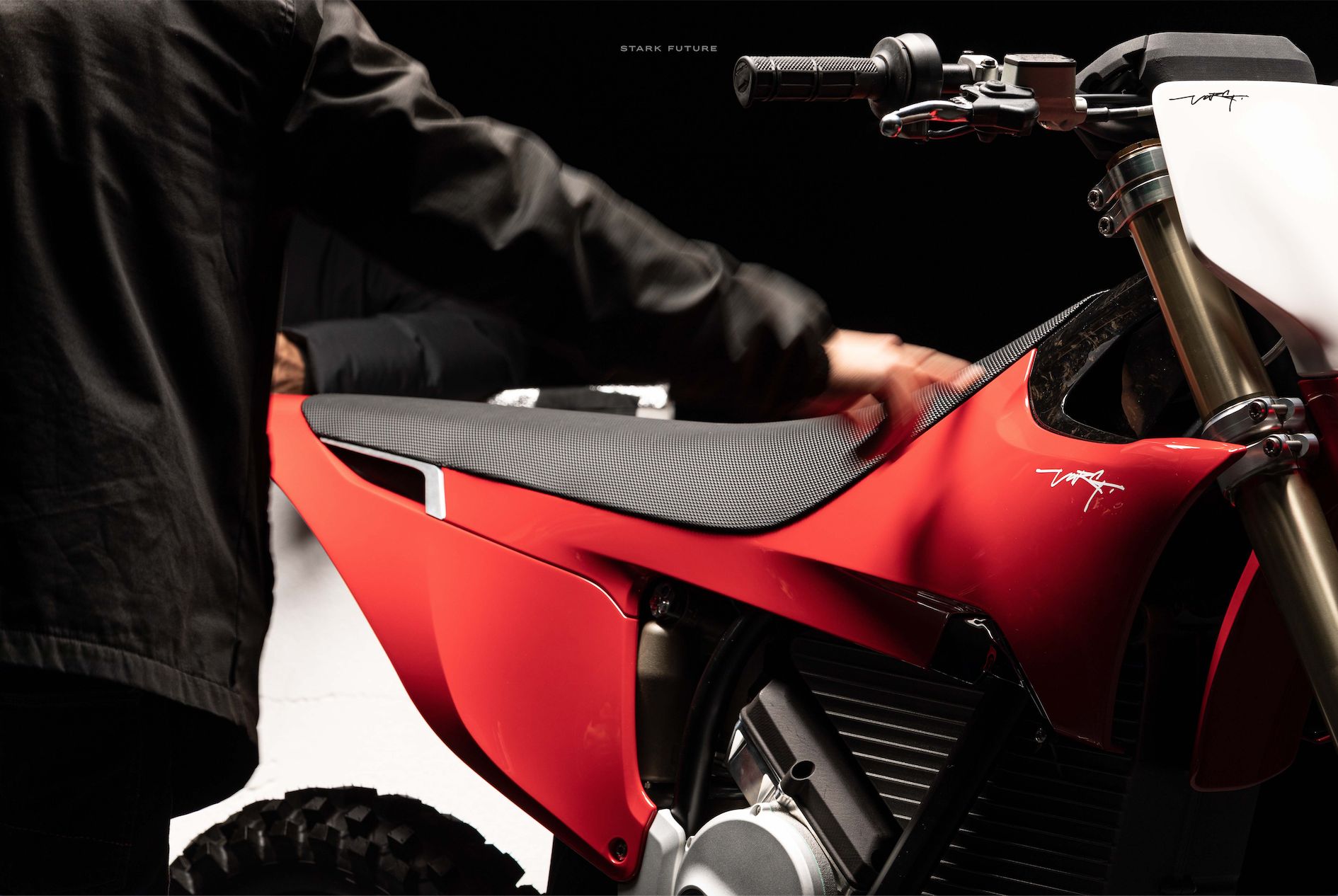 While fuelless vehicles may have seemed like a far-off, futuristic concept mere decades ago, consumer shifts toward sustainability have seen the adoption of electric vehicles explode in recent years. No longer a niche for independent carmakers, major car manufacturers have now jumped on the electric vehicle trend to satisfy consumers’ desires, with the electric vehicle market anticipated to grow rapidly from its $273 billion valuation in 2020 to reach $802 billion by 2028 in turn.

Despite this clear and rising demand for electric alternatives, some sectors of the modern transportation industry have been slower to catch on than passenger vehicles, with sports like motocross falling by the wayside on sustainability efforts in the face of its documented pollutant problems. Ready to spearhead this change forward, Barcelona-based company Stark Future looks to single-handedly shift the world of motocross toward a greener with the Stark VARG, an all-electric, high-performance motocross bike that rivals the best conventional gas models available on the market.

Designed and developed from the ground up by Stark Future’s expert team, the Stark VARG already reached performance leader status ahead of its overwhelmingly successful Dec. 2021 launch thanks to its utilization of patent-pending technology and repeated innovations to motocross bikes’ standard frameworks. Outfitted with the world’s lightest chassis and a class-leading power train, the VARG’s impressive power-to-weight ratio results in what Stark Future calls “physical proof that an electric motocross bike can outperform combustion-engine equivalents in every single way.”

With the capability of reaching 80hp at 9hp per kilogram – 30 percent more powerful than comparable 450cc gas models – the VARG has likewise earned the title of the fastest motocross bike on the market; this in part is possible due to the bike’s ultra-lightweight 110kg build, which similarly contributes to the VARG’s exceptional handling and agility output. Unburdened by the heavy load of a traditional engine, Stark Future has been able to pack its revolutionary 32kg battery with rapid charge capabilities and the same power in one charge as in a standard tank of fuel on a conventional motocross bike, removing unwanted carbon emissions and noise pollution from the equation in the process.

Though evidently holding performance as paramount, Stark Future has made sure to craft the Stark VARG to be inherently user-friendly. Between its comfortable yet sleek ergonomic design, minimal maintenance, built-in smartphone dash housing for ease of ride customization, and the one-of-a-kind ability to transition between a 125 two-stroke to a 650 four-stroke, the Stark VARG offers a uniquely rider-forward approach unlimited by the boundaries of prior motocross experience.

As other sectors of the transportation industry begin to turn their attention to the trend toward sustainability, Stark Future and the Stark VARG are helping lead the way toward high-performance design in the world of electric vehicles, bringing in a new era of riders into the sport of motocross along the way.