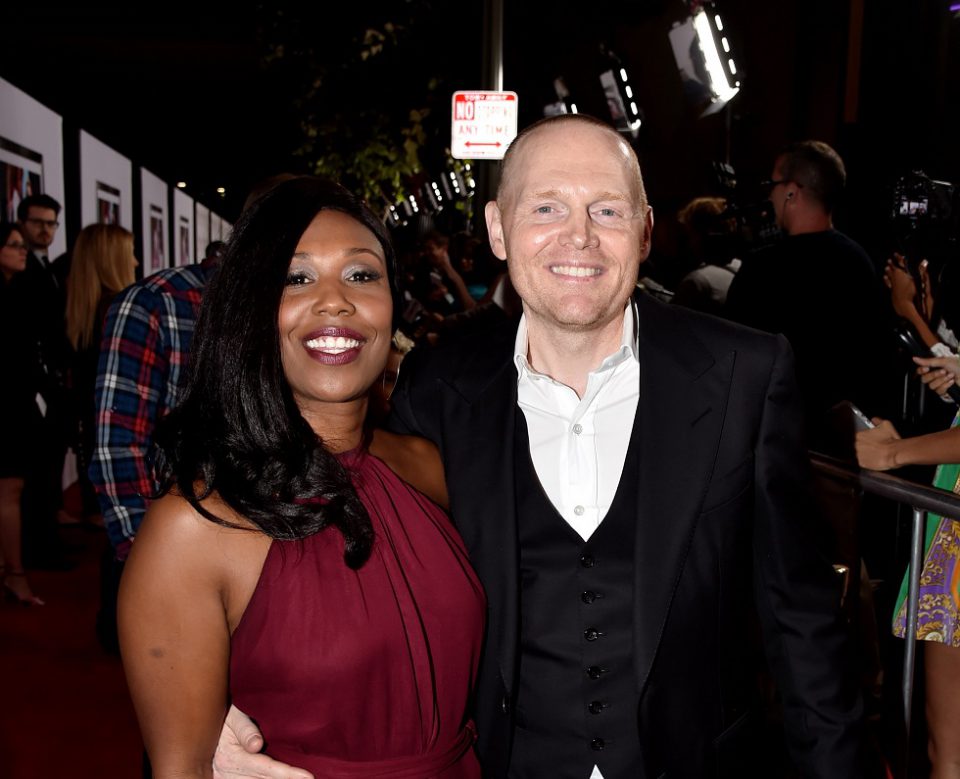 Nia Renee Hill is 42 years old and was born on June 2, 1978. Hill is an actress, writer, producer, and director who has appeared in films such as "Lila, Long Distance," "Did You Look for Work This Week?" and, most recently, the Netflix series "Santa Clarita Diet." Hill also appears frequently on Burr's podcast, the "Monday Morning Podcast," and fans seem to enjoy hearing the couple interact.

“I have a look!” she writes on her Instagram page. Chocolate Love! She's the co-creator of the comedic online series "You Welcome!" and says she's "100%."

Hill married Burr in September 2013 after courting for several years. They have two children: Lola, who was born in January 2017, and a second kid, who was born this summer. Hill announced her pregnancy in May 2020 with a photo of her baby belly and the remark, "In other news..."

"Mama's here. Always," she captioned a beautiful photo of herself cuddling her newborn baby in June 2020.

Burr told Jimmy Kimmel in June, "She gave me a beautiful baby boy, so I got a daughter and a son, and it's awesome." "And then fortunately, he emotionally seems to be wired like my wife, so he's totally chill. He just only cries when he's hungry."

Burr has previously joked about his wife's race in his comedic act. Burr discusses being in an interracial relationship and how it isn't that different in a clip from his Netflix show.

"Now my wife on the hand, she is Black, right? Now I hate saying that 'cause it seems like I'm gonna start doing some stupid comparison jokes," he said. "You know those dumb white guy, Black guy jokes."

"I hate those jokes, you know, 'cause they're easy, and it's been my experience that it's just not true. Fifteen years of being with her, there is really no difference because at the end of the day, it's a woman," he said. "It's gonna be the same fights. I don't give a f-ck who you with. I'm not gonna lie to you. There might be more head movement and hand gesture with different races of women, possibly an index finger jabbing at your forehead."

Hill contributed to the now-defunct xojane blog, a women's lifestyle and community site. She wrote an essay titled "I'm A Black Woman Who Dates White Guys," in which she gives tips on what to say and what not to say to interracial couples.

Hill also contributed to the site with an essay titled "I Never Thought I Would End Up Here But Here I Am: My Life As A "Kept Woman," in which she discusses her husband's role as the family's earner and how she intends to alter that one day.

“As ambitious as I am, I am very lazy,” said Hill. “I am also scared of failure. And success, for that matter. It was easier to play the role of spoiled housewife than to get my ass up everyday and possibly fail. But I can’t do it anymore. It’s not me. It may take me a few years, but I want to be an equal financially contributing member of my household. I have to. Not being one in the past few years has made me feel bad and has created an imbalance in my relationship.”

Hill, on the other hand, appears to be a huge supporter of Burr and his profession. Hill posted photos of her husband on "SNL" on Instagram on Saturday, writing, "Proud of you @wilfredburr." She also appears to have a YouTube channel, although all of the videos are of her husband performing. 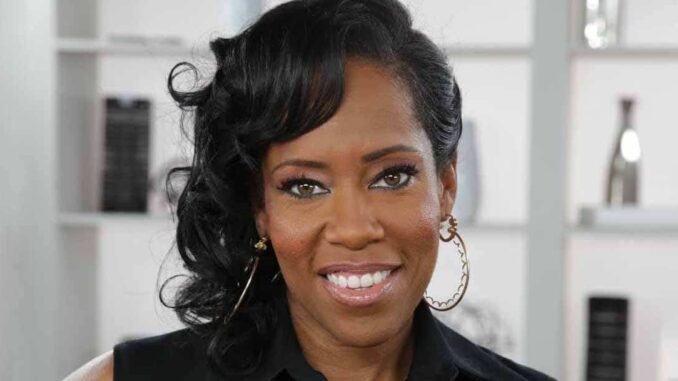 Bill and Nia met on the set of a comedy show and dated for a while before marrying in 2013. They relocated to Los Angeles, where they now reside. As long as they both have an active presence on social media, they frequently share photographs of themselves together, and they appear to be very happy and in love.

Nia Renee Hill had a number of relationships and was married before meeting Billy Burr, about whom little information has been released.

Nia met Bill while working on a comedic television production, and the two began dating after that, finally becoming engaged in 2008.

They married in 2013, after dating for more than five years. Nia says that she has never felt the same way about anybody as she does about Burr, not only because he is her husband, but also because they are close friends. Bill, according to Nia, has been a huge supporter of her profession.

The couple is parents to two children. Their daughter, Lola, was born in January 2017, and their boy, who has yet to be named, is due in the summer of 2020.

Lola Burr was born on January 20, 2017, in Los Angeles, California, United States of America. Her zodiac sign is Capricorn, and she is an American citizen. Lola is well-known for being the daughter of Bill Burr, a well-known stand-up comedian.

Lola has already had the opportunity to walk on stages where some of the most well-known bands and individuals, such as Led Zeppelin and Bonham, have played. 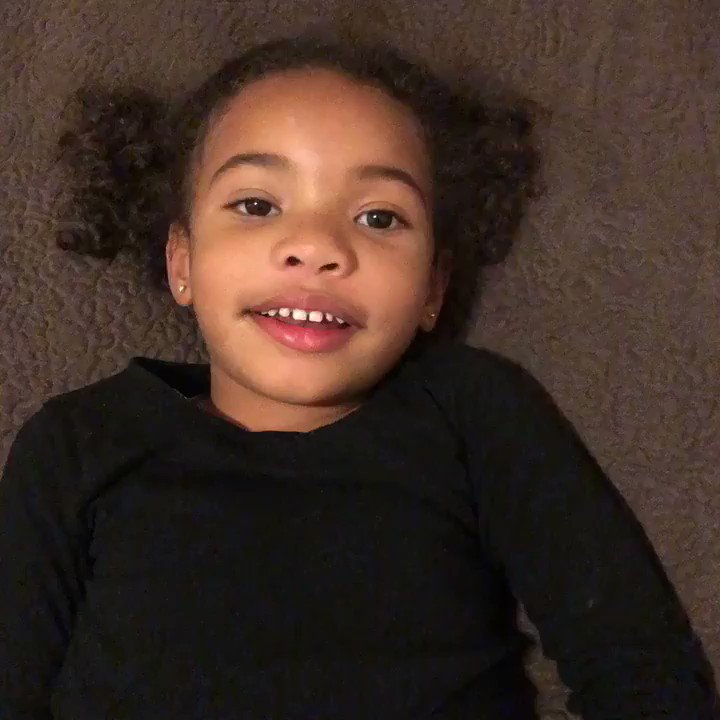 Nia's net worth is believed to be between $2.5 million and $5 million. Her acting, writing, and filmmaking careers are her major sources of income. Bill Burr, her spouse, is believed to be worth over $10 million.

Nia is also quite active on social media, where she likes to keep her fans up to date on what she's up to. She has over 30,000 Twitter and Instagram followers. Nia appears to be a down-to-earth woman who enjoys spending time with her family, and she appears to be quite happy when she is with her husband and daughter, according to her social media.

In his stand-up routines, Bill frequently mentions his wife and their marriage. Nia also appears on Bill's famous Monday Morning podcast on a regular basis.

Nia responded to a Twitter user who said the couple's marriage was a "sign of racism" since he is white and she is black on March 15, 2021.

The tweet read: “While I’m not suggesting Bill Burr is a racist, a white man having a non-white wife can sometimes be a sign of racism.

“So you shouldn’t assume someone isn’t racist just because they own a minority sex servant. They may very well have one because they’re racist.”

Burr is most known for presenting the Money Morning Podcast, guest appearances on Chappelle's Show, and his role as Patrick Kubt in the criminal thriller series "Breaking Bad."

Burr began his career in 1992, when he relocated to New York. Bill Burr's Monday Morning Podcast, which he has been recording since 2007, is a weekly one-hour podcast. Burr's website and the All Things Comedy network both have the podcast.

He frequently appears as a guest on radio shows with Opie and Anthony and other comedians. His debut hour-long special, which aired on Comedy Central in 2010, was taped at The Fillmore in San Francisco.

Burr has been dubbed a "comedian's comic" by watchers of the US stand-up comedy circuit, which refers to a comedian whose work is admired and followed by other comedians.

Detective Walsh was his character in the film Date Night. In addition, he played Patrick Kuby on AMC's Breaking Bad in the fourth and fifth seasons.

The show's second season was accepted by Netflix in 2016. Along with Michael Price, Burr co-writes and executive produces the show. On January 31, 2017, Netflix released Burr's fifth hour-long special, Walk Your Way Out. Bill Burr's net worth is estimated to be $12 million by 2021.