MVP Development: Why You Can't Ignore It, And Where To Start Developing It 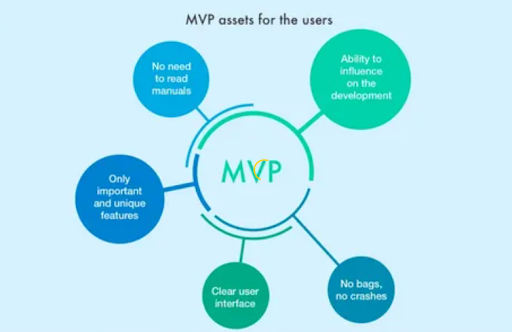 An MVP (minimal life product) is not about lines of code and a website, and it's about testing hypotheses and a way to quickly get your startup up and running.

MVP development allows testing a startup's viability in a short time. Unfortunately, about 92% of the innovative projects are closed within the first year. One of the reasons is the lack of hypothesis testing at the startup. The minimum viable product allows you to test several hypotheses and get reliable feedback from users.

Hypothesis testing is the same stage that determines the whole further path of a startup's development. You can use MVP to study the situation on the market and understand which features your users need and which ones they don't.

What do the MVP development services for startups give? Nowadays, many people don't understand that functional hypotheses are not always true in the first place. So it's essential to test the product against its unique characteristics. Besides, you can test different audiences on identical products thanks to hypothesis testing.

For example, you want to launch a blog that will be accessible by subscription. Instead of creating a lot of material and buying advertising right away, you can try starting a presale—a landing page for a product that doesn't exist yet. It will make sure that the crowd buys it.

All hypotheses are compared based on the following parameters: speed, cost, and results. Conventionally, they should look like this:

At the first stage of MVP development, choosing a hypothesis test with the minimal expense is better. After that, you can use a Facebook group or a landing page to build yourself on Tilda. If you have a list of hypotheses and testing one of them takes a lot of time, either break it into smaller ones or put it aside later.

Be critical of big fiches because they may not bring the expected results but only take your time. It's better to return to their development at another stage. Another example: let's say we want to be our messenger. Based on what's already on the market, every messenger must have group calls, audio, video, and the ability to send voice messages. Therefore, we need to implement the minimum functionality that WhatsApp, Telegram, and Facebook Messenger already have.

Suppose our hypothesis when developing a messenger is in another area, for example. In that case, the advantage is not in correspondence formats but an automatic translation of words into different languages. Then, we can sacrifice some functionality for the sake of one feature. The minimal lifecycle product allows you to get your startup up and run faster and distribute your budget correctly when launching the project.

Where To Start MVP Development

Study your competitors and understand where you excel. If there are competitors in the niche you plan to launch your startup in, you are moving in the right direction. On the other hand, if there are no competitors, you probably don't have a productive product launch environment.

Analyze the History and Path of Each Competitor. Thanks to the stories of other projects, we understand which niche to choose. For example, many startups have turned their attention to the tech market in recent years, which is already breaking revenue records and is expected to reach $404 billion by 2025.

Research your target audience. The most difficult part is working with your audience. In many ways, it can be decisive. It is vital to choose the right respondents to communicate with, ask them questions to avoid cognitive distortions, and not push people to the correct answer. One mistake is choosing your friends for the focus group. First, they may not represent the interests of your target audience, and second, psychological factors may influence their choice.

Test as Many Hypotheses as Possible. Sure, some startups survive without MVP development. However, they have substantial advantages that help the product stay. For example, let's imagine Google launches a new internal marketplace. They already have a large audience and budget so the product will be viable even with a low conversion rate.

Focus on Solving User Problems. During MVP development, it's crucial to think about what problem the final product will solve. At the expense of the startup, the project founder is trying to solve a personal issue that arose in a previous professional career. You could say that a startup is partly a funder's hallucination. Create a hypothesis and test it on real users to ensure the problem you are trying to solve exists.

What Happens If You Give Up On MVP Development?

If a startup doesn't do MVP development, it gives up on fast user feedback. Many people neglect this step and think they know the users' needs. More often than not, startups refuse to do CustDev themselves.

Interviewing 100 people can be psychologically challenging, and interviewing friends distorts the data and shifts the focus of the response. CustDev is a skill that you need to develop. To conduct it correctly means coping with one of the most difficult tasks and making the product demanded in the market. At this stage, you should avoid direct questions and rank the list of hypotheses by the whole team.

Investors look at the founder's story. Companies with co-founders are generally more likely to receive investments than companies with single founders. According to a recent study, 36% of startups have two founders, and 29% have three or more. It is because the founders complement each other's skills. One of the founders is a developer and has no experience in sales. For example, this skill can be completed by his co-founder, who has no experience in development.