Most Expensive Stocks In 2022 - Investing In High Stock Prices 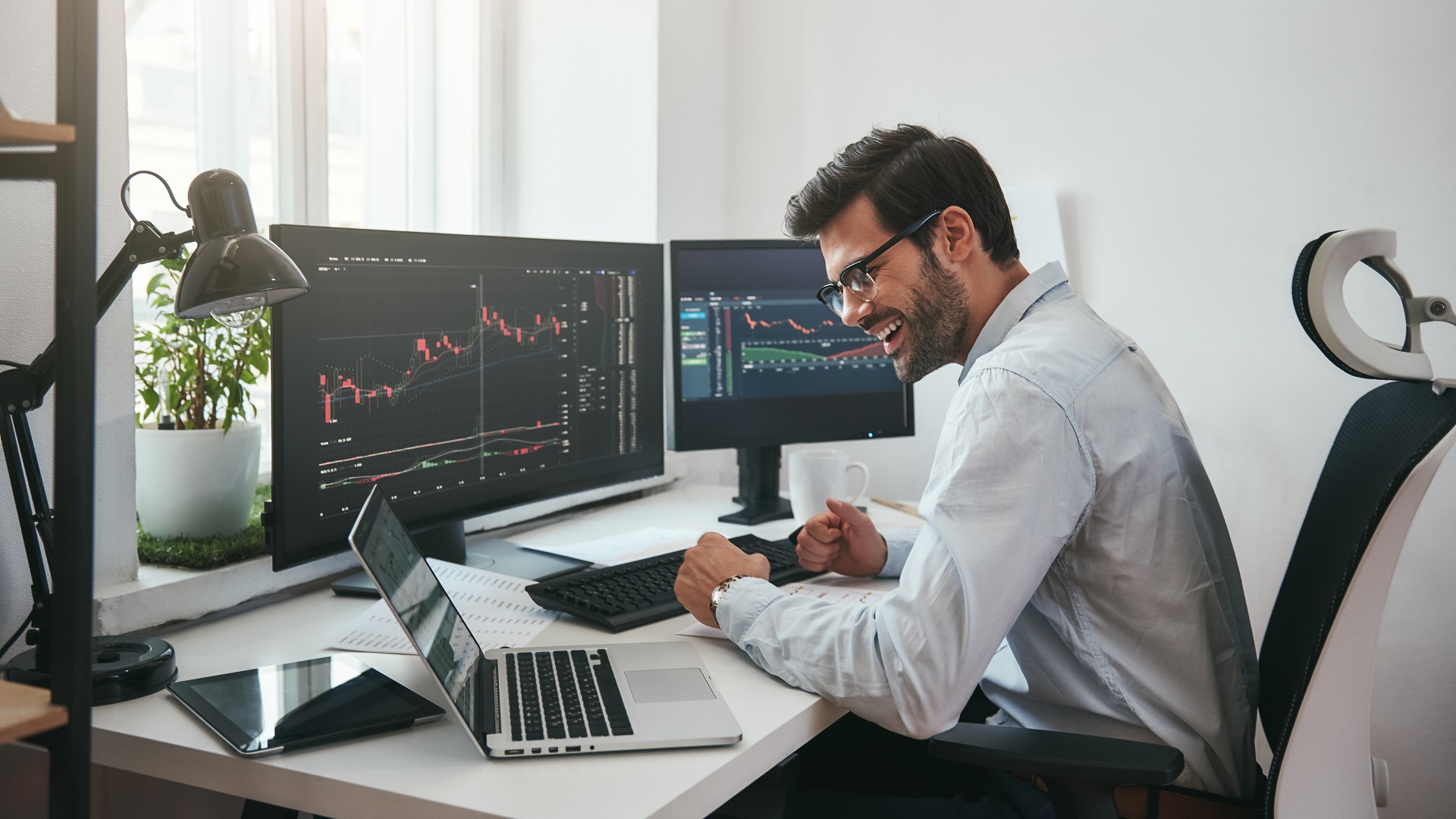 The stock market has been going up for a long time, but it still goes up and down a lot. Do your own research before you start putting money in, and no matter how much money you have, never stop trying to make more. So, we wanted to show you in this article the most expensive stocks in the world right now.

Some stocks can be pretty pricey, but luckily, you can buy even small amounts of them today. There are so many ups and downs that it's almost impossible to tell what will happen next by looking at the numbers on your screen.

Most of this is because more and more people are jumping the fence and putting money into the stock market. This can be seen as both good and bad, but for the most part, we can safely say that this is the hand we've been dealt, so we should get used to it.

The Top 10 Most Expensive Stocks In The World Right Now

Berkshire Hathaway (BRK.A) has the most expensive shares of any U.S. company. It is also one of the biggest companies in the world, with a market value that consistently puts it in the top ten.

Berkshire used to make clothes, but Warren Buffett bought it and turned it into a holding company for his investments. The GEICO insurance company, the BNSF railroad, and the Lubrizol chemical company are just some of the companies it owns. Buffett famously refused to split Berkshire's shares, which is what most companies do to make their stock easier to trade.

As the company's chief executive officer (CEO), he kept the price high to make it harder to trade and to discourage short-term trading, which would make the stock more volatile.

In 1996, the company made a new type of share (BRK.B) that costs less. This makes it possible for people to buy much smaller parts of the company. In 2022, they trade for a much more reasonable $280.83.

If you want a piece of Lindt & Sprüngli AG, you'll have to pay a huge $105,400. This is the second-highest stock price in history. The company is known for making some of the best Swiss chocolate in the world. It is worth about $28.30 billion right now. The brand owns a number of big factories and more than 410 stores in many different countries around the world.

The long history of the company is one reason why its stock price is high. David Sprüngli started it in Zurich in 1836, and it has grown since then. When Rudolf Lindt's company bought it out and changed the name in 1988, the business really took off. Since then, it has bought a number of other European candy companies and turned into a real conglomerate.

The mortgage banking division of the company is made up of two different parts. NVR Mortgage helps people buy homes, and NVR Settlement Services helps its homebuilding unit with settlement and title transactions. NVR hasn't split its stock, just like Berkshire Hathaway hasn't.

Seaboard (SEB) is a multinational company that sells pork, sugar, and alcohol, among other grains and agricultural products. The company also trades in goods and mills them. It grew by buying businesses, starting with a flour mill in Kansas in 1918. In 1959, it merged with Hathaway Industries and went public.

It became Seaboard Allied Milling Corporation at that time. Seaboard is based in Kansas, but it now has offices all over the world thanks to a number of subsidiaries and affiliates that are not controlled or consolidated. 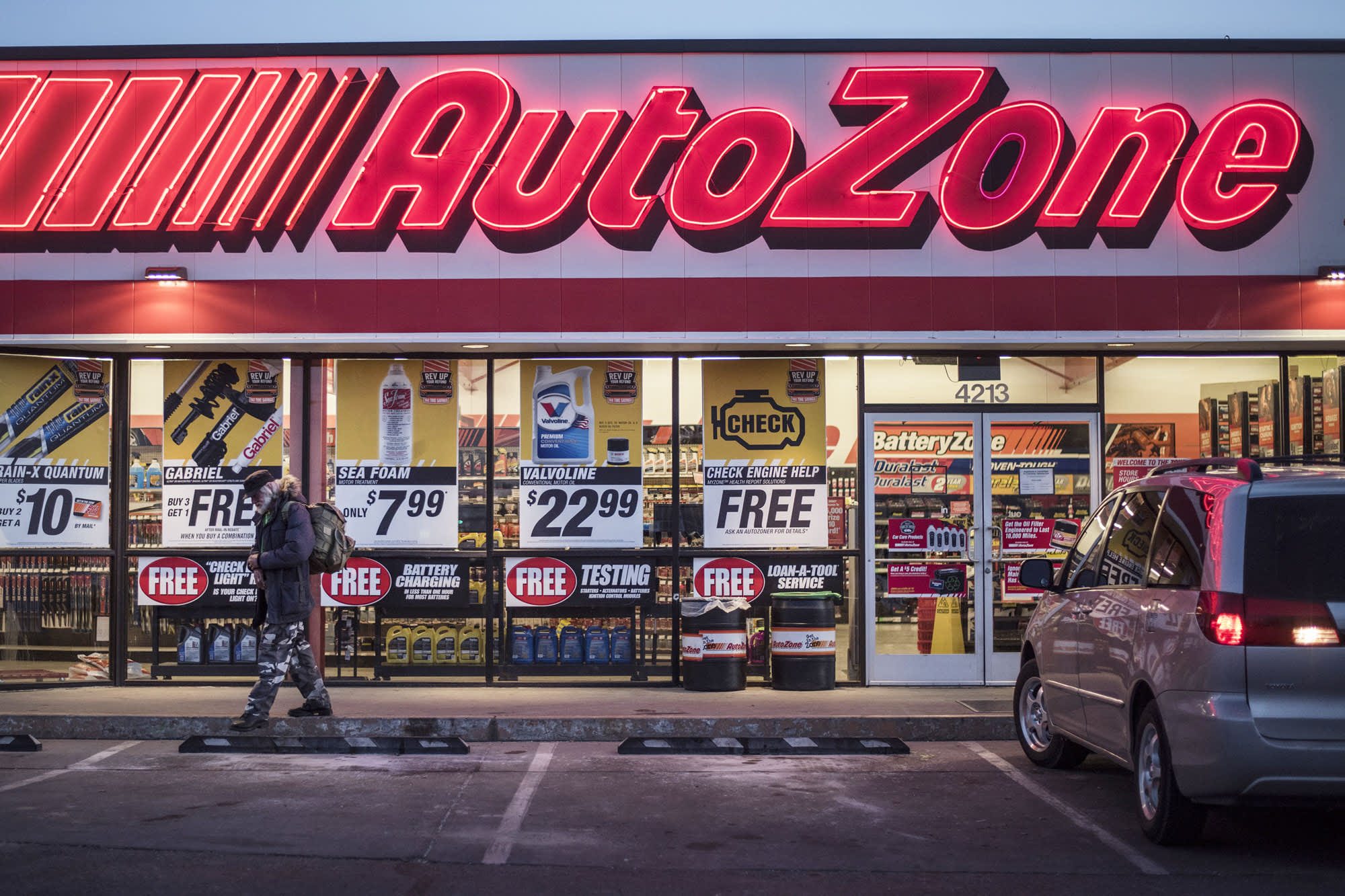 AutoZone Inc. (AZO) retails and distributes automotive replacement parts and accessories. The company offers a sales program that includes commercial credit and delivery of parts and other products. Additionally, the company markets software for the diagnosis and repair of automobiles under the brand name ALLDATA.

Booking Holdings, which used to be called The Priceline Group Inc., is the biggest company in the world that helps people plan trips. On the company's list of services are renting cars, selling tickets, reserving offices and hotel rooms, and a lot more.

In 1997, an entrepreneur named Jay Walker started a business called The Priceline Group Inc. Two years later, the company went public. On the first day of trading, the value of its assets was $12.9 billion. At the end of 2018, the company said it made almost $14.5 billion each year.

The name of the company, which used to be The Priceline Group Inc., was changed to Booking Holdings in February 2018. So, the company's founders wanted to stress the importance of Booking.com, which is its most well-known brand.

Texas Pacific Land Corporation is a landowner in the state of Texas. It owns about 880,000 acres of land in West Texas, most of which is in the Permian Basin. Land and Resource Management and Water Services and Operations are the two parts of the company.

The Land and Resource Management segment is in charge of managing about, surface acres of land in West Texas, as well as its oil and gas royalty interests. This segment's main sources of income are oil and gas royalties, income from easements and commercial leases, and sales of land and materials.

Through Texas Pacific Water Resources LLC, the Water Services and Operations segment is in the business of providing full-service water to operators in the Permian Basin (TPWR). These full-service water services include finding water sources, collecting and treating produced water, building infrastructure, finding ways to get rid of water, tracking and analyzing water use, and testing wells.

Graham Holdings Company, a provider of communications services based in the United States, has rebranded itself as Cable ONE. The company has been in business since 1997 and has more than 800,000 subscribers, making it the seventh-largest cable operator in the United States at the present time.

It has its headquarters in Phoenix, and among the many services it provides are cable television, telephone, and internet access. It will cost you a total of $1,806 to acquire a single share of this company, making it one of the corporations whose stocks are among the most expensive on the market.

Chipotle had been struggling for a number of years prior to a few years ago. The stock price plummeted as a direct result of the negative reviews. However, the restaurant chain swiftly turned things around, and now the share price has climbed to $1,374. This places it solidly in this "top-10" list of stocks by price because it is one of the most priced stocks.

In 1993, Chipotle first opened its doors for business in the state of California, and CEO Steve Ells was at the helm. It currently provides Mexican cuisine in a number of locations throughout the world, including the United Kingdom, France, Germany, and Canada, among others. It offers a "quick casual" service, which is comparable to that of many other restaurant chains that are currently thriving.

Samuel Markel started the Markel Corporation in Virginia in 1930. It is a holding company for money. The history of the company is interesting. In 1920, all buses and taxis had to be insured because of a new law.

Markel couldn't find a suitable insurance company, so he started Mutual Casualty Association, a mutual insurance company. Later, the company changed its name to Markel Corporation, and its headquarters are in Henrico County, Virginia.

A Fortune 500 company is Markel Corporation. It specializes in covering hard-to-place risks for a wide range of markets, such as yachts, ATVs, motorcycles, environmental pollution, inland marine coverage for fine art collections, event cancellation insurance for sporting events, concerts, and weddings, reinsurance for high-risk businesses like oil rigs, and agricultural and equine risks.

At first glance, it might seem like the average investor and new investors can't afford to buy expensive stocks. In fact, in the past, stocks would sometimes split to attract small investors. One reason for Amazon's recent split was said to be this. They could also split to get on the Dow Jones index or stay on it.

Because the Dow is price-weighted, shares with high prices can have a disproportionate effect on the index. This can cause the Dow to drop the company to keep the index in balance. Many people think that was a big reason why Apple's stock will split 4 for 1 in 2020.

Also, investors tend to judge stock prices based on how much money the company makes. Based on this measure, investors might be happy to pay $429,200 per share if it returns more than $55,767 per share, or about 13% of the share price, in a single year, like Berkshire Hathaway did between July 2021 and July 2022.

Obviously, the items on this list are subject to modification. There are now more prospective individual investors than there have ever been, and there are several popular stocks that appear like they may shortly break into the top 10 soon. This is due to the developments in technology, as well as the rise of goods such as investment applications.

For example, Tesla's stock price is currently at $1,069 a share, and the company's market worth is currently at $1.07 trillion. If it is successful in putting its expansive plans into action, it will almost certainly become the most valuable company in the world (implying a share price similar to that of Amazon or Google).

What Does Expensive Mean In Stocks?

When discussing the stock market, "expensive" is a term that should be seen in a relative context. The value of a share, in the eyes of many investors, is determined by the stock's price in relation to the company's earnings or sales. On the other hand, the price at which a company's shares are quoted is enough to entice some people to purchase them.

What Are The Most Expensive Stock Shares To Buy?

There are several more stocks besides Berkshire Hathaway that have also seen their share prices increase to high levels. According to the closing price per share rounded up to the nearest dollar, these are the stock shares that have the highest overall value. The stock price per share is $429,200, making it the most expensive stoks right now.

Even while several well-known stocks, like Apple and Microsoft, have undergone multiple stock splits in order to keep their price low and make them more accessible to investors, it is entirely possible that they would have made it onto this list even if they had done so. If you want an accurate assessment of how expensive a share is, you can't just look at its nominal price; instead, you need to compare it to the company's earnings.