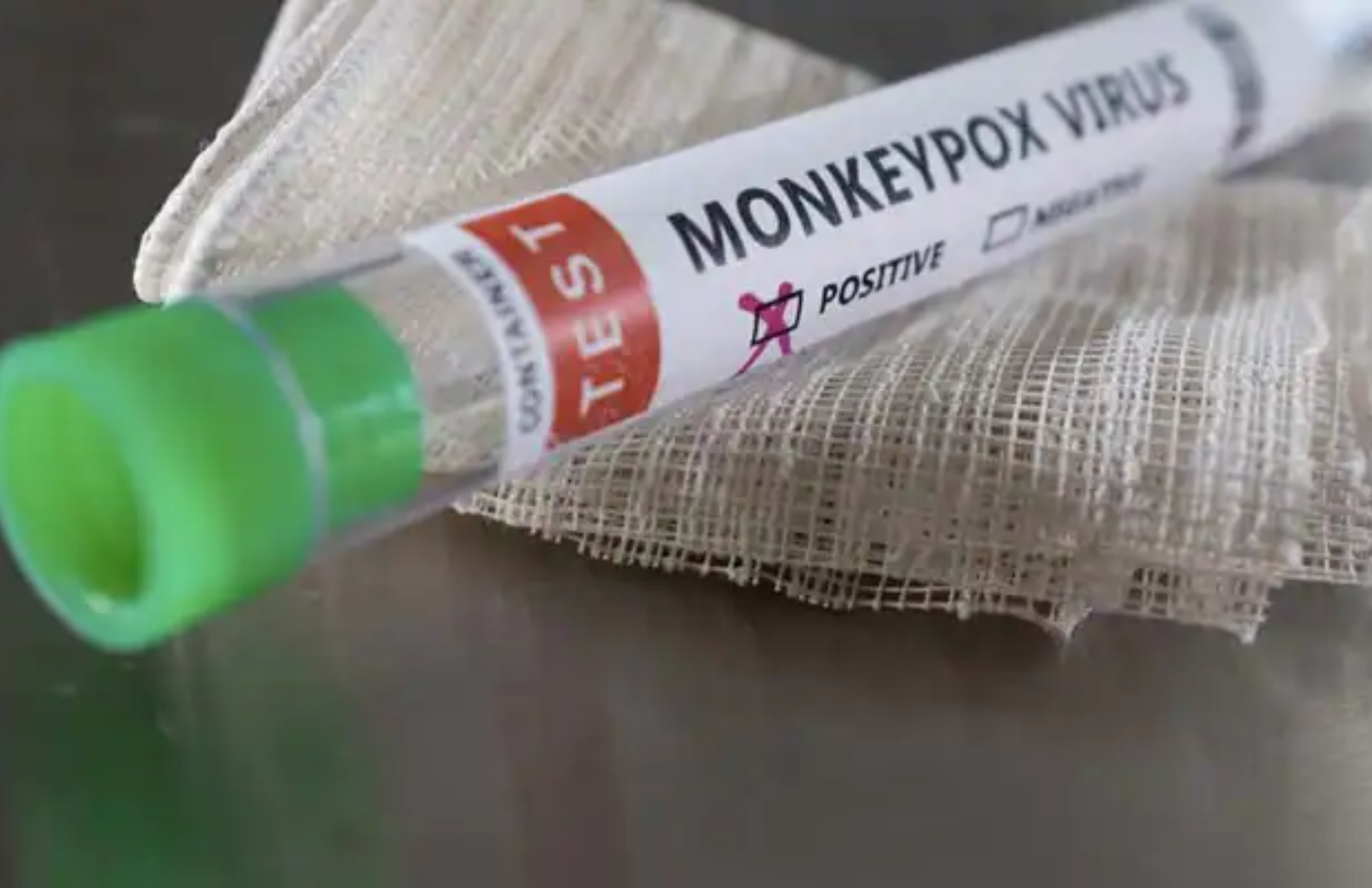 A new strain of the virus, which is believed to have come from Central Africa, is to blame for the outbreak in Africa.

Monkeypox in Africa is a rare virus that usually affects only humans and monkeys.

People think that the outbreak in Africa was caused by contact with animals like monkeys and bats that had the virus.

If you've been following the news lately, you may have seen photos of monkeypox on people with darker skin, like this one:

The Ugly Side About Naming The Virus

The World Health Organization (WHO) wants to change the name of the virus because it sounds like an "African disease", which is not true.

It happened after a group of scientists signed a paper saying that there was an "urgent need for a non-discriminatory and non-stigmatizing" name for the virus.

The group of 29 experts now calls it hMPXV and they want a quick decision and use of a new name.

It was first called "monkeypox" because it was found in 1958 in lab monkeys. Even though it has been found in wild monkeys in Africa, it is thought that rodents spread it to people in areas where it is common.

And that makes sense.

However, Dr. Tedros Adhanom Ghebreyesus, who is the head of the WHO, said that the group is:

Working with partners and experts from around the world on changing the name of the monkeypox virus, its clades and the disease it causes.

He also added that they will make announcements about the new names as soon as possible.

As health officials in Europe and other places give out vaccines and drugs to stop the biggest monkeypox outbreak outside of Africa, some doctors admit an ugly truth:

The tools to stop the spread of the disease have been around for a long time, but they haven't been given to the people in Africa who have been dealing with it for decades.

The person in charge of Nigeria's monkeypox working group, Dr. Adesola Yinka-Ogunleye, said that there are no vaccines or antivirals being used to treat monkeypox in her country right now.

She said that people who might have monkeypox are kept away from others and treated with caution while their contacts are kept an eye on.

Just imagine how disappointed people in Africa are when they know about this. On the other hand, about three times as many cases have been reported this year from Africa.

Late in May, The Foreign Press Association, Africa, also spoke out against publications and news site articles that use pictures of Black skin to show the condition.

In a statement, they said:

We register our displeasure against media outlets using images of Black people alongside stories of the monkeypox outbreak in North America and the United Kingdom.

According to the Africa Centers for Disease Control and Prevention, there have been more than 1,400 cases of monkeypox and 63 deaths in four countries where the disease is common: Cameroon, Central African Republic, Congo, and Nigeria.

Health officials say that sequencing has not yet shown a direct link between the outbreak and any place outside of Africa.

People think that monkeypox has been spreading in non-endemic countries for a while without being noticed, and the WHO has said that the real number of cases is probably much higher than the confirmed number.

Health officials have said that the risk of getting the virus, which most people get over in a few weeks, is still low.

Health officials have told people who have been infected with the virus to use condoms for the next eight weeks and not have sex while they are sick.

These are precautions because no one knows yet if the disease can spread through sperm or vaginal fluids.