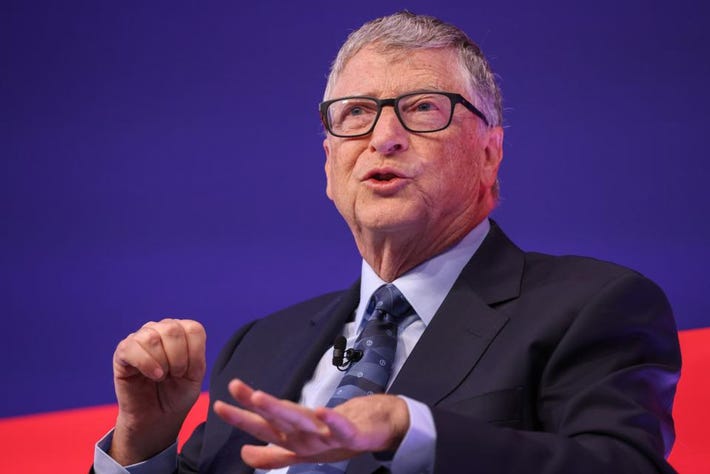 Bill Gates, a billionaire, said at a TechCrunch climate conference on Tuesday that cryptocurrencies and NFTs are speculative instruments whose price jumps are based on the "greater-fool theory" as the market plunge.

The philanthropist, founder of Microsoft, and longtime critic of cryptocurrencies said that cryptocurrencies are an asset class based on the belief that "someone is going to pay more for it than I do." This is despite the fact that bitcoin has dropped more than 50 percent this year.

The greater-fool theory says that the only way someone can make money from an asset is if someone else who is even more gullible or "foolish" buys it from them for a higher price.

When no one is willing to pay more, the top investors are left with assets that are worthless.

Gates's claim could be shared by many, since the crypto markets are going down and Bitcoin's price is at its lowest level since December 2020.

I’m not involved in that,” Gates said “I’m not long or short in any of those things.

Gates, who is the fourth-richest person in the world with a net worth of $122.1 billion, said that he likes to invest in things like farmland or companies that make real products and profits.

Gates is also generally skeptical of the anonymity that is common in the crypto space, where "at its core," he told people at the TechCrunch climate summit, "you avoid taxation or any kind of government rules."

Gates joins Warren Buffett, a billionaire who doesn't believe in crypto and said in 2018 that Bitcoin is "probably rat poison squared," in the group of powerful people who don't believe the hype about crypto.

“I like investing in things that have valuable output. The value of companies is based on how they make great products. The value of crypto is just what some other person decides someone else will pay for it, not adding to society like other investments,” he said.

During the talk, Gates said that non-fungible tokens (NFTs) were especially risky.

When asked about one of the best NFT collections, the Bored Ape Yacht Club (BAYC), Gates made fun of it.

He said this as a joke: "Obviously, expensive digital pictures of monkeys are going to make the world a lot better."

The floor price for an NFT collection is the least amount of money that can be paid to buy an asset in the collection.

During his talk, Gates also talked about the economy. He said that things are changing "probably as quickly as [he's] ever seen in his lifetime."

The markets are waiting for today's public meeting of the Federal Reserve, where rates are likely to go up.

“We’re going to go into a winter period of a lot of these things,” he predicts.