The Amazing Career of Jenna Boyd 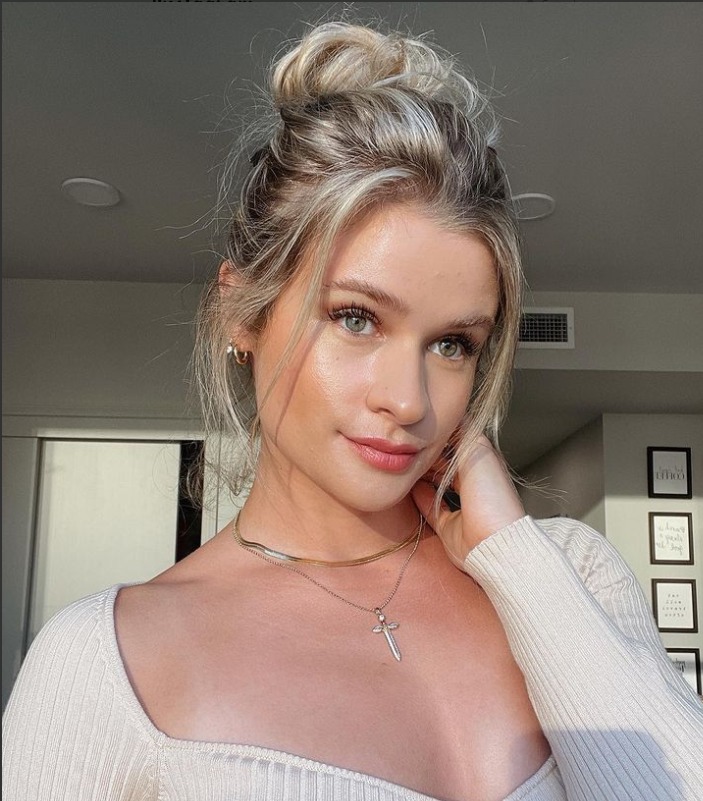 Who Is Jenna Boyd?

Born March 4, 1993, Jenna Boyd (real name Jenna Michelle Boyd) is an American actress. As a youngster, she appeared in the films The Hunted, Dickie Roberts: Former Child Star, and The Missing, as well as in the 2005 film The Sisterhood of the Traveling Pants. Since 2017, she has starred in all four seasons of Netflix's comedic drama Atypical (2017–2021). Bedford, Texas is where she was born.

When Jenna Boyd was two years old, she was already "on the move" in every aspect of her life. During her first year of life, Jenna's mother put her on a modeling hunt. In the eyes of the agents who instructed her mother to send Jenna to agencies, she was enthusiastic and sweet. On The Barney Show and in advertisements and print ads, Jenna soon found herself a star.

Jenna Boyd is an award-winning skater as well as an actress.

Jenna's drive in her skating has already led her to learn the double jump maneuver, which is highly successful for the 11-year old, on the rink as early as 5:15 a.m. (her favorite skater is Tara Lipinski). Jenna is gifted and strong enough to manage it all, despite her rigorous schedule of juggling skating, school (she's a straight-A student) and acting.

Jenna's other interests include running a spy club with her friends, horseback riding, going to church, making homemade perfumes, and spending time with her younger brother, Cayden, who is also an aspiring actor (most recently seen in Clint Eastwood's 2003 film Mystic River (2003) as the son of Tim Robbins' character).

What Has Jenna Boyd Done?

Debbie was encouraged to temporarily relocate to Los Angeles, California, by Jenna's agency in Atlanta to audition. That plan worked, and Jenna was quickly cast in CSI: Crime Scene Investigation (2000), Just Shoot Me! (1997), Titus (1999), and Six Feet Under (2001). Jenna also starred as Felice, the lead character, in the 2002 feature film Mary Christmas. In William Friedkin's The Hunted (2003), Jenna played the character's daughter, with Benicio Del Toro and Tommy Lee Jones. Friedkin directed Jenna in The Exorcist (1973). Dickie Roberts: Former Child Star (2003), in which she played the "adopted" daughter of David Spade, was her next role. The Missing (2003), directed by Ron Howard (Night Shift (1982), Apollo 13 (1995)), gave Jenna her big break as the hauntingly beautiful daughter of Cate Blanchett's character, Dot Gilkenson. When Jenna worked with Tommy Lee Jones for the second time, she had a lot of fun.

Despite her diminutive stature, Jenna Boyd is proving that huge things can come in small packaging. Jenna, who is just eleven years old, has a successful career that is drawing attention. The Sisterhood of the Traveling Pants (2005), based on Amber Tamblyn's best-selling book, features Jenna as Bailey.

The Missing (2003), a western directed by Ron Howard and starring Cate Blanchett, Tommy Lee Jones, and a young girl from Fort Worth, Texas, has been a critical and popular success. As Benicio Del Toro's character's surrogate daughter in the 2003 William Friedkin film The Hunted, Jenna previously worked with Tommy Lee Jones. In Dickie Roberts: Former Child Star (2003), Jenna played Sally alongside David Spade.

Jennifer has been in notable television episodes such as Six Feet Under, CSI: Crime Scene Investigation, Just Shoot Me! and Carnivàle, as well as in the film Mary Christmas with John Schneider in 2002. The Young Artist Award committee named Jenna's performance in The Missing as "Best Performance by Leading Young Actress in a Feature Film" in 2004. (2003). As part of the magazine's "Ones to Watch" series, Jenna was recognized for her work as a rising star.

No wonder Jenna's career is on an upwards trajectory. With looks and talents like hers, she's bound to be more successful in Hollywood. Let's hope that her success will also be the same as her future love life.