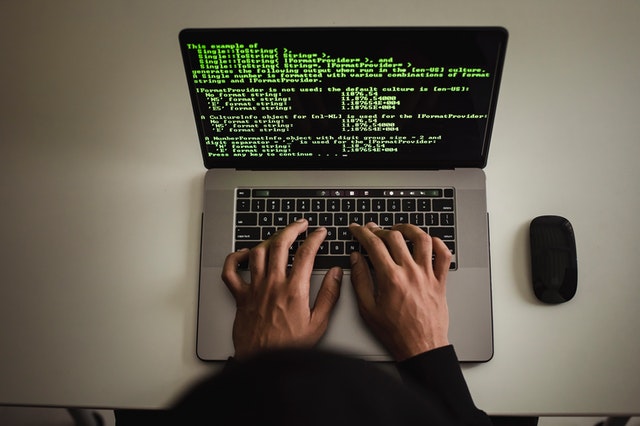 This 21st century, as 2021, the start of a new decade, comes to a close, an old – very old – issue regarding a path separator recently surfaced online.

It began when an ex-Apple worker watched a 23-year-old anime and noticed a coding-related matter that could be traced all the way back to the ‘80s.

Those who experienced first-hand-encounter with “¥” as a path separator joined the online conversation.

On November 10, 2021, former Apple employee Jordan Rose (@UINT_MIN) tweeted about a programming code he described as a “‘typo.’”

And, no, he didn’t see the typographical error while checking a programmer’s work or reading a computer science article.

In one episode, a male teacher was writing codes – the ones Rose tweeted about – on a blackboard.

Rose posted on Twitter his screenshot of that “‘typo’” scene and asked about “¥.”

That was the million-dollar question of Rose as quoted from his tweet.

For Chinese and Japanese nationals – plus the traders from across the globe – the “¥” is no more than a currency sign. The Chinese call it yuan. It’s yen for the Japanese.

However, for people who eat computer science for breakfast, “¥” is also a path separator – for the Japanese people, at least.

As for other citizens who do computing, it’s the backslash (“\”) for them.

Rose’s tweet piqued the interest of several people, giving their thoughts about “¥” as a path separator.

For non-Japanese computer professionals working in Japan for the first time, they may be surprised to see, for example:

For four netizens, they found nothing odd with “¥” being a path separator.

From Hacker News, user “awirth” stated that it’s only but “normal” for those Japanese using Windows.

User “emodendroket” even asked why others don’t “see it as normal” when it’s been the case “for decades.” User “signal11” also found it “normal.”

Yusuke Shinyama (@mootastic) replied to Rose that “everyone” in Japan who knows C programming “perfectly understands” the role of “¥.”

As for the backslash, it seemed to be non-existent for the Japanese, added Shinyama.

Back at Hacker News, user “signal11” further said employees of multinational corporations in Japan knew about “¥” being a path separator.

U.S.-based user “linguae” shared that he/she saw “¥” as a path separator in 2010 while a computer science research intern in Kawasaki, Japan. The company’s computers were running Windows XP.

User “awirth” attested that in one Japanese convenience store, when a copier started to browse a USB drive, “¥” appeared as path separator, not “\”.

Replying to user “awirth,” user “Tagbert” said that the PC could be using Windows Embedded Compact (released in 1996).

That’s another million-dollar question courtesy this time of Michael S. Kaplan. It also served as the title for his 2005 blog post.

That time, Kaplan was writing for Microsoft Developer Network as part of the Microsoft Access development team.

For a path separator, he said that Windows uses the backslash (“\”) or the Unicode character “reverse solidus” (U+005C). The backslash was “encoded at 0x5c” at Windows code pages.

As for Japanese encoding, which uses Microsoft Windows code page 93, the “\” appears as “¥.” Nevertheless, the yen symbol (“¥”) functions the same as the backslash (“\”), which now answers Kaplan’s question.

Kaplan further explained in his blog post that the Japanese got “simply used to” the yen symbol as a path separator. It seemed they abandoned any move – perhaps they're simply not just interested – to replace it with the backslash.

After all, it has been working for the Japanese all these decades, and, as the Americans would say, “If it ain't broke, don't fix it.”

So, it might be safe to assume that “¥” as a path separator will be here to stay – in Japan, that is.