Jane Hajduk And Her Life After Marriage With Tim Allen 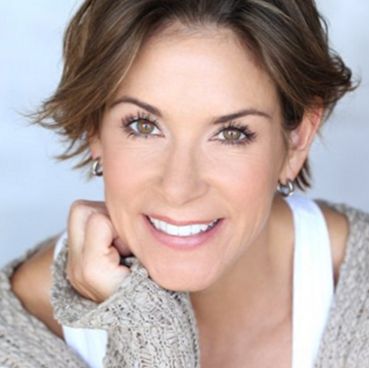 Jane Hajduk is an American actress who has also lent her voice to television characters. She is most recognized for her appearances as Judy in "Year by the Sea" and Researcher Taylor in "Zoom."

She recently played Dana Reynolds in the short film "Dirty Little Secret" and Clarissa in "Unintended." In 2018, she created six episodes of the TV show "The Watch."

Jane Hajduk was born in Oil City, Pennsylvania, on October 26, 1966, to Elizabeth and Matthew J. Hajduk. She is of mixed Hungarian and American descent and has American nationality. No one is aware of her qualifications. It's fair to presume she's finished with her education. Her diploma as well as her family background are being researched. So keep an eye out!

Jane Hajduk is an American actress who was born on October 26, 1966, in Oil City, Pennsylvania, United States. The actress is 55 years old now.

Jane married actor Tim Allen (known for "Last Man Standing," "Home Improvement") on October 7th, 2006 in Colorado, after dating for 5 years and appearing together in films such as "Joe Somebody," "The Shaggy Dog," and "Zoom."

Their wedding took place at Grand Lake, Colorado, and was kept secret. It was a tiny ceremony with just a few close friends and family members in attendance. Katherine Allen, Tim's eldest daughter, was among the guests. Jane was 39 years old at the time, and Tim was 53 years old.

The wedding was placed on the docks, with the beautiful Grand Lake mountains in the background, adding to the breathtaking beauty of the most significant day of their life.

Jane Hajduk began her career in the entertainment sector in 1995 with the film "Nothing Man." She rose to prominence in the showbiz business in 2006, when she appeared in the adventure comedy film "Zoom" by American zoom family superheroes. She plays the part of Researcher Taylor in this film.

Jane Hajduk has made a fortune as an accomplished actress. Her profits are believed to be around $1.1 million. She often donates to charities like the Elton John AIDS Foundation. Her philanthropic effort is usually done with her spouse.

Because Tim Allen and Jane Hajduk are married, their combined net worth is often questioned. Their total net worth is unknown. However, Tim Allen, an American actor, is believed to be worth about $80 million. Allen's salary on Home Improvement, where he portrayed Tim Taylor, was $1.25 million. In 2014, he reportedly received $235,000 each episode and $4.2 million yearly from his role in Last Man Standing. His own endeavors and stand-up comedy earned him an undisclosed sum.

Jane Hajduk and her husband, Tim Allen, have a good life together. In 2009, the couple welcomed a daughter called Elizabeth into the world. She is also the stepmother to her better half's child, Katherine, whom his former wife gave birth to in 1989.