What Are The Internet And Infrastructure Attacks On Bitcoin?

Undoubtedly, one of the most widely held misunderstandings about Bitcoin is that it may be brought to a halt by either shutting down critical communications infrastructure on which Bitcoin is reliant or by shutting down the Internet.

In these cases, the underlying issue is that people misinterpret Bitcoin as if it were a network in the classic sense of specialized hardware and infrastructure with vital points that might be attacked and compromised. Well, let's discuss all the possible internet and infrastructure attacks on Bitcoin.

Bitcoin Is A Software Protocol

The cryptocurrency, Bitcoin, is a software protocol; it is an internal procedure that may be carried out on any one of the billions of computer computers that are scattered around the globe, according to the Bitcoin website. A bitcoin network has no single point of failure, and it is not dependent on any one critical piece of infrastructure anywhere in the globe to function. Any machine that is capable of running the Bitcoin software is able to connect to the network and perform activities on it.

As such, it is comparable to the Internet in that it is a protocol that lets computers to communicate with one another rather than the infrastructure that links them. The amount of data necessary to spread knowledge about Bitcoin is not big, and it represents a small proportion of the overall amount of Internet traffic that is sent each day.

Bitcoin Does Not Need The Same Infrastructure As The Internet

Bitcoin does not need the same kind of infrastructure as the rest of the Internet since its blockchain is actually only concerned with transferring one megabyte of data every 10 minutes on average. There are a plethora of wired and wireless technologies available for data transmission throughout the globe, and every specific user just need one of these technologies to be operational in order to connect to the network.

The amount of damage that would have to be done to the world's information, data, and communication infrastructure in order to create a world in which no Bitcoin user is able to connect to other Bitcoin users would be truly terrible. Today's civilization is dependent to a significant degree on connection, and the continuation of these communication infrastructures is critical to the provision of many essential services and the determination of life and death. 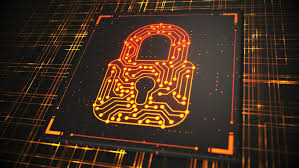 A digital lock with yellow lights that shows privacy

Trying To Shut Down The Internet Infrastructure All At Once

It would very certainly inflict severe harm to any civilization that attempted it, but it would almost certainly fail to stop the flow of Bitcoin since scattered computers can always link to one another via protocols and encrypted communications. There are just far too many computers and connections spread out all over the globe, used by much too many people, for any one force to be able to bring them all down at the same time.

If this were to occur, the only way it could be accomplished would be via some type of cataclysmic situation, after which no one would be left to ponder if Bitcoin is still working or not. This is the least believable and relevant of all the threats that have been leveled against Bitcoin in recent months, in my opinion.