How Did George Washington Die? 8 Facts You Should Know 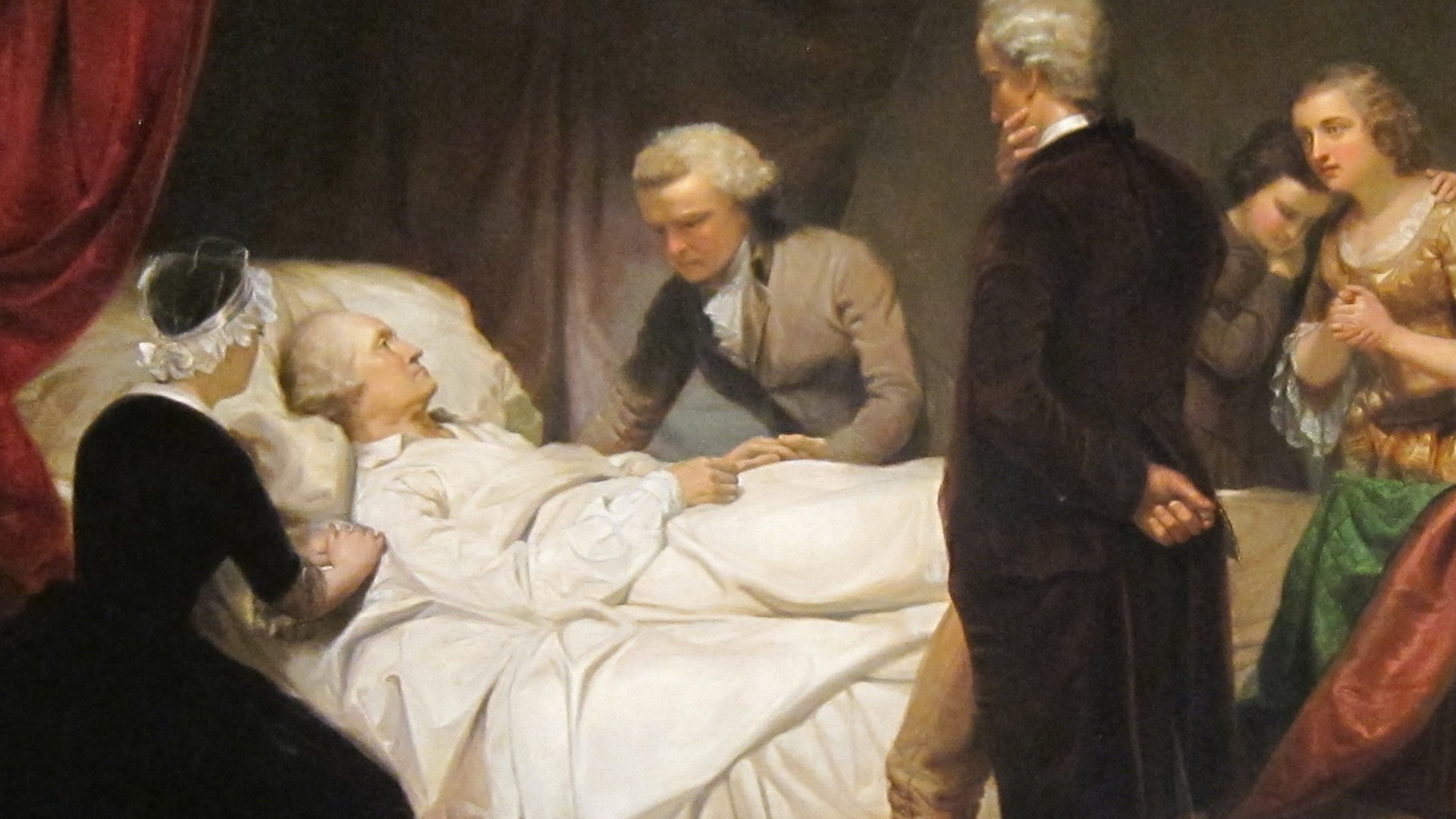 All these are questions that we will try to answer here. Below are 8 facts about George Washington’s death you should know.

It is estimated that George Washington died on December 14, 1799 between ten and eleven during the night.

George Washington was surrounded by people close to him including his personal physician and friend, Dr. James Craik, his wife, Martha Washington, and his personal secretary, Tobias Lear.

Still on the question, how did George Washington die, we have to look at his cause of death.

There have been reports that he died from a throat infection. However, that is not the case. George Washington died of quinsy.

People relate his death to a sore throat because he had one a few days before his death. He was working on his farm and never changed his wet clothes before having dinner. Several days later, his sore throat worsened. However, that is not what killed him.

Like any other person, it is always nice to know the last words of a person. They mean a lot to those who were close to the person.

His last words were to his secretary Tobias. He requested that his burial should be decent and not hurried. It was a common thing to bury people hurriedly back in the 18th century.

The final works Washington spoke were “Tis well” to his secretary. Well, if you never had an idea what were his last words, now you know.

It must be interesting to learn what could have possibly been in the Washington wills.

Since he was the first president of America, it is expected that his funeral would be attended by many people.

To make it even more unique, there were four ministers who preached during the funeral. Each of the ministers had a personal connection to Washington.

6. Emancipation Of His Slaves

Enslavement had been always a contentious issue in the past. It might be the reason Washington decided to free the slaves as his part of the will.

In the will, Washington stated that the slaves would be emancipated after the death of Martha Washington. Well, Martha did not want to wait until her death to free the slaves. It is why she signed a manumission deed that allowed all the Washington enslaved people to be freed earlier on January 1, 1801.

Both George Washing and Martha Washington are buried in a new tomb found in Mount Vernon. This was part of his will that stated a new tomb to be built to replace the existing one.

The tombs are available for visitations. You can visit them during the stipulated hours each time you are in Mount Vernon for a trip.

Now that we have answered the question, how did George Washington die, we would recommend that you read more about him in his biography. You will learn more about his achievements, political affiliations, and why he is still celebrated today as the founding father of America.