What Do The Government And Monetarists Think About Money? 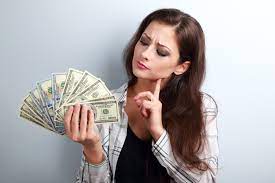 What do the government and monetarists think about money? Increase the money supply by raising the amount of money in circulation; increase government expenditure; or reduce taxes. Keynesians are often opposed to lowering taxes. People will save part of the money they don't have to pay in taxes, making this the least efficient approach, according to Keynes. Reducing spending would be the worst possible outcome for a recovering economy if people started saving instead of consuming.

It was the job of the government to impose on society a high value on time by either increasing expenditure or creating money. It is difficult to raise taxes at this time, thus government spending would be a way to increase the money supply. The Holy Grail of Keynesian economics, then, was to expand the money supply anytime the economy was not at full employment.

As Keynes famously argued in support of high-time preference libertine irresponsibility, there was no sense in thinking about long-term effects since "in the long run, we are all dead." It is obvious that the Keynesian economic model is completely at odds with reality. Because of this, there can be no known instance of a society with high inflation and high unemployment, according to Keynes' model.

Even though Keynesian economists claimed otherwise, and despite the entire US establishment, from President Nixon to "free market economist" Milton Friedman, adopting the refrain, "We're all Keynesians now," as the government took it upon itself to eliminate unemployment with increased inflation, unemployment continued to rise as a result of the government's actions. This was most notable in the United States in the 1970s.

How Do Monetarists Think?

Essentially, monetarists are the battered wives of Keynesians. Their role is to provide a weak, watered-down strawman of a free market argument in order to create the appearance of intellectual debate while also ensuring that those who are curious about free markets are kept from considering it seriously. Even though there are just a small number of economists who truly adhere to the Monetarist philosophy, their opinions are given much too much air time as if there are two equal sides.

Keynesians and monetarists agree on the fundamental assumptions of Keynesian models, but monetarists find elaborate and sophisticated mathematical quibbles with some of the model's conclusions, which exceptions always lead them to dare to suggest a slightly reduced role for government in the macroeconomy, which immediately gets them dismissed as heartless evil capitalist scum who do not care about the poor.

Inflation Will Eventually Erase The Influence On Unemployment

Money-printing Keynesians are often opposed by monetarists. Instead, Monetarists contend that tax cuts will better manage resources than government expenditures. Contrary to popular belief, tax cuts and expenditure increases both raise government deficits, which can only be paid by monetizing debt, or expanding the money supply.

To avoid money supply collapses and/or price falls, which they believe are the foundation of all economic ills, is a core tenet of Monetarist thinking. Deflation, as Monetarists and Keynesians term it, causes individuals to save money, reduce spending, raise unemployment, and cause a recession. Because Monetarists dislike comprehending cause and effect, central banks must do everything necessary to prevent deflation.

It is widely agreed that the central bank should be responsible for increasing the money supply at a regulated rate to encourage consumers to spend more and so keep unemployment low.