GameStop Endures – Revisiting The Financial Saga A Year After 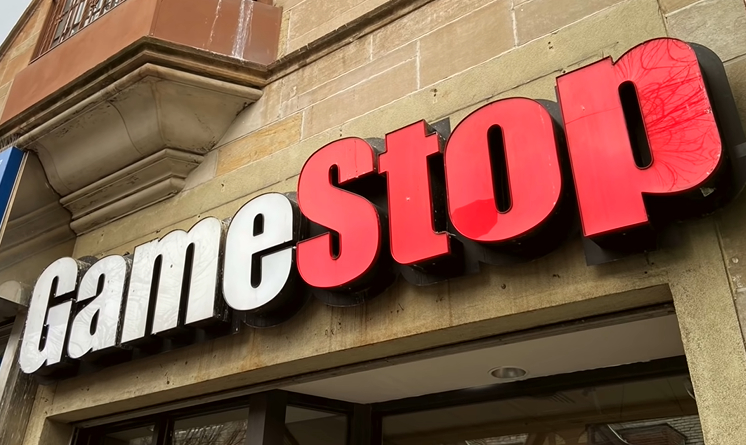 It was January 2021 and, depending on the source you’re reading, what happened to the headline-grabbing events involving GameStop resulted in varied analyses.

Pulitzer Prize-winning American columnist and author Michael Hiltzik called it a “stock craze.” For The Economist, it was a “complex financial tale.” Fox News dubbed it a “phenomenon.”

And while some labeled the incident as a scandal, others dismissed it as such, but regarded it as a controversy.

That time, GameStop, a struggling electronics and video game retail company besieged with uncertainty over its future suddenly became a force to reckon with.

The unexpected turn of events rendered retail brokers helpless, according to The Economist, that even the U.S. Congress stepped in to probe the incident.

One year later, let’s revisit the financial saga that was GameStop.

Here’s a brief take on the so-called GameStop saga that shook Wall Street and even compelled the Congress to conduct an investigation.

Founded in 1984 in Dallas as Babbage’s, GameStop (present name since 1999) is a video games and electronics retail company headquartered in Grapevine, Texas.

From 2004 through 2016, GameStop reaped success, acquiring several companies that expanded its operations in America and overseas, according to Wikipedia.

However, GameStop was one of those companies badly hit when video games became downloadable.

In 2016, the Entertainment Retailers Association (ERA), U.K.’s trade body, reported that global sales of physical games experienced a 16.4% drop. Digital games, though, got a 12.1% increase in revenue.

But, as one line from a Walt Disney movie theme song goes: “There can be miracles.”

Indeed, a miracle of sorts happened to GameStop, courtesy of a 35-year-old financial analyst and investor Keith Patrick Gill.

Keith Gill, then a marketer at the insurance company Massachusetts Mutual Life Insurance Company (MassMutual), believed that GameStop stock was “undervalued,” according to Wikipedia.

Through his YouTube channel and the subreddit “r/wallstreetbets.” Gill talked about his GameStop investment.

Members of “r/wallstreetbets” (a forum for retail investors, with more than 2 million members at the height of the GameStop saga) followed suit and started investing in GameStop. Many of them did via the trading platform Robinhood.

What further contributed to the hype were tweets from two men: one a billionaire; the other, a multi-billionaire, according to Financial Express.

The term “stonk,” according to Merriam-Webster, is a humorous way to refer to “stocks.”

The Tesla CEO included in the said tweet a link to “r/wallstreetbets,” raising public awareness about the said Reddit forum.

The Atlantic said that Gill and the retail traders from “r/wallstreetbets” were directing their collective efforts at the short sellers (traders who use short selling).

Short selling, according to Desjardins Online Brokerage, “is the selling of a stock that the seller doesn’t own,” where the seller expects the market/share price to go down.

Investopedia warns that the risk involved in short selling is “unlimited” because “the price of any asset can climb to infinity.”

And that’s exactly what happened to GameStop. Its price skyrocketed in a matter of days as Gill and those who relied on his insights bought GameStop stocks to pull up its price.

Now, in the words of Investopedia, “to cut their losses,” short sellers bought back shares. The result? The price of GameStop further rose, paving the way to a condition called “short squeeze.”

Many hedge funds suffered, including New York-based investment management company Melvin Capital, which lost no less than $2 billion, according to The Atlantic.

It’s the “squeeze of a lifetime,” as former hedge fund manager Jim Cramer tweeted on January 23, 2021. “Not since Resorts International have I seen one like this,” he added (Cramer’s referring to the hotel chain’s short squeeze in 1978).

As of January 29, 2021, The Atlantic estimated that Gill already earned over $13 million. No wonder the married father (has one pre-school aged daughter as of this writing) resigned from MassMutual on January 28.

In February 2021, the U.S. Congress questioned Gill for claims of market manipulation, which is illegal, but he said he’s not guilty of any wrongdoing.

“The idea that I used social media to promote GameStop stock to unwitting investors and influence the market is preposterous,” he said, as quoted by Fortune.

Per Reuters, Gill attested that he made it “abundantly clear” that the purpose of his YouTube channel was “for educational purposes only.”

Gill has been inactive in social media for more than six months now.

His last tweet (a video of a collection of sleeping kittens) was made on June 19, 2021, and he last uploaded a video on YouTube on April 17, 2021. In the said video, his parting words were, “Cheers everyone.”

It’s indeed a call for celebration for his fellow investors/social media followers and other people who financially benefited from the GameStop saga.

“I see no reason to be as positive on GME stock anymore,” wrote Chartered Financial Analyst Mark R. Hake for Yahoo! Finance.

One reason that prompted such poor faith from Hake was that GameStop has yet to produce a turnaround plan.

That’s also what Wedbush analyst Michael Pachter was looking for, according to MarketWatch, but unlike Hake, he was “quite optimistic” that GameStop would become profitable again this 2022.

Is GameStop Going Out Of Business?

The once thriving retail company is still in business, but as GameStop works on its survival, it needs to permanently halt numerous operations across America.

As of January 30, 2021, per Wikipedia, GameStop operated in the following places:

One good news is that the company, as announced through its website, settled a long-term debt worth $216.4 million on April 30, 2021.

What Is The Future Of GameStop?

Reuters reported that GameStop would be gearing itself towards e-commerce. But at the same time, its new chairman, Ryan Cohen seemed to be inclined as well to revive physical stores.

The 35-year-old Cohen, who assumed the role in June 2021, discreetly (the face mask surely helped a lot) visited stores to observe. The secret visits made him want to invest in staff training and store redesigning and renovation.

In addition, it would lease warehouses to speed up product distribution. Moreover, GameStop would have its own U.S.-based call center to facilitate customer service.

Now even before 2021 concluded, per Barron’s, there were already reports that GameStop was mulling over nonfungible tokens (NFTs) and cryptocurrency.

According to a February 2022 report by Verge, a GameStop NFT marketplace is in the making, with a $100 million fund. It will be launched on Immutable X, an NFT scaling platform of the cryptocurrency Ethereum.

The turbulent times of GameStop reminded us once more of two things: how digitalization affects brick-and-mortar stores and how powerful and influential social media can get.

It’s not only GameStop that got forced to close down stores due to digital transformation. Other popular American retail chain stores that got a similar fate include Gap, JCPenney, Macy’s, Sears, and Kmart, according to news site The Cold Wire.

As for social media, it affects the decision-making activities of people, such investors and traders, as strongly demonstrated in the GameStop saga.

Key people behind GameStop should study how digitalization and social media can aid in their quest to rebuild the company. 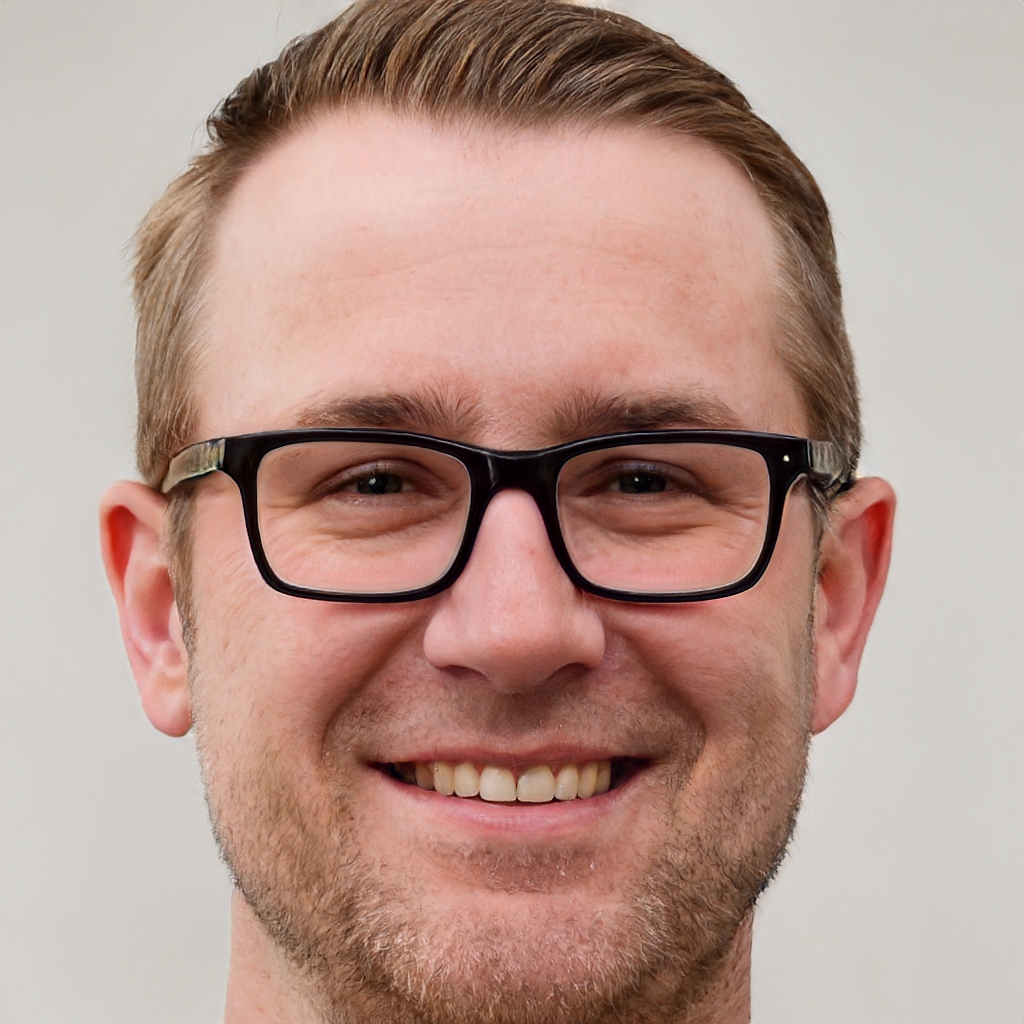