For A New Atlantism: The Free World Against The Chinese (and Russian) Danger 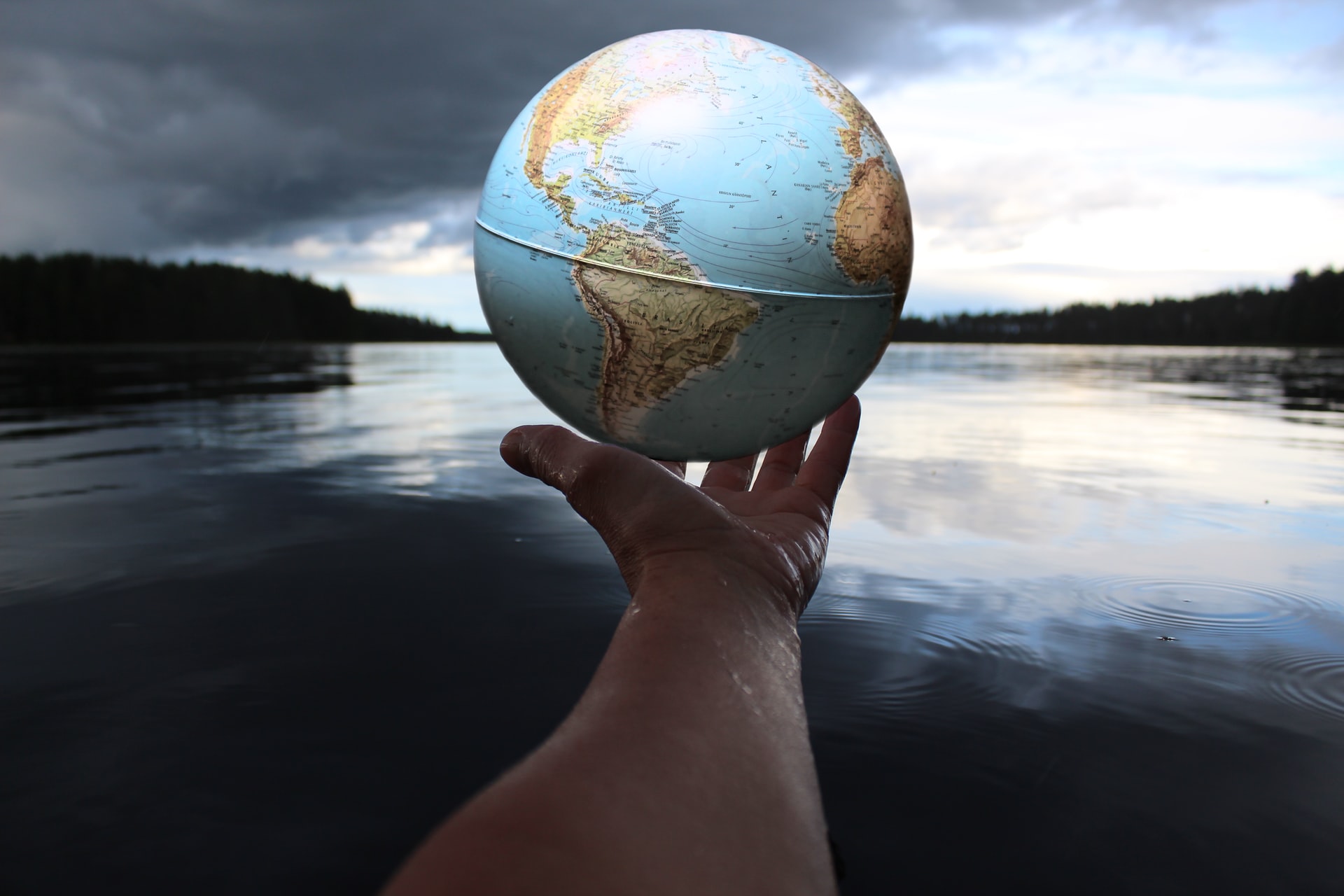 For decades it has been a hidden conflict, undoubtedly existing, but dormant on the one hand by faith in globalization, on the other by the lack of awareness by the international media on the real power conflicts that shake the world. With the Russian attack on Ukraine, and with the reassembly of alliances that follow, the urgent need to rethink the relations between the Western world and China, together with the need for a "new Atlanticism" that serves to preserve history, emerges more and more. Western civilization and economy in the face of the Chinese (not only economic) threat. In a context in which new technologies are at least as important as new alliances. This is the opinion of Gennaro De Pasquale, an expert in international relations and geopolitics, much appreciated overseas for his vision of Atlanticist relations. According to De Pasquale, "globalization must be rapidly rethought" on the basis of the unveiling of new historical needs.

At a geopolitical level, China's attempts to increase its influence on the European economy, including Italy, continue to cause concern. How should a future Italian government behave on the international stage?

At a geopolitical level, China's attempts to increase its influence on the European economy, including Italy, continue to cause concern. How should a future Italian government behave on the international stage?

Where does Europe stand in this rivalry?

DP: Now it is a matter of seeing how the European ruling classes will decide to pursue European economic and political interests, perhaps by urging China to a peaceful rise in its being a great power. Of course, as happened with Russia even before Putin's criminal aggression on Ukraine, we will have to choose to continue to be an increasingly reliable partner of the US, which still boasts considerable economic, technological and military capabilities, in a new Atlantic pact, which includes the containment of China, the deglobalization and regionalization of the world towards a US-led economic-military bloc, with the support of the European Union.

There has been talk for some time of real unfair economic competition that damages Italian SMEs: how and what measures must be put into practice to stop it?

DP: In recent years in Italy, the risk of an acceleration of Chinese competition has been underestimated due to the tendency to make prevail the opportunities that a China in prodigious growth would have offered as an outlet market also to our economies.

Thanks to a Europe that woke up too late, trying to run for cover by modifying the rules relating to trade defenses to preserve and relaunch the development prospects of the manufacturing sector as well as, with the so-called Strategy for industrial revival aimed at restoring the share of GDP deriving from manufacturing activity at twenty percent.

At this point what would be the necessary measures?

DP: The state shield must be extended to protect Italian companies. The golden power, the special intervention powers of the government, was already greatly expanded with the liquidity decree a year ago.

What are the "sensitive" sectors?

DP: At the top of the list are the automotive and steel sectors, particularly in need of support due to their strategic nature and the fact that they are particularly exposed to Chinese competition.

China devoured 40% of the 93,000 tons of raw lithium extracted in 2021 and, according to Bloomberg projections, is expected to control 80% of the world battery market by the end of 2022. There is a lot of talk about dependence on Russian gas, but that from Chinese lithium is likely to be even worse. What should Europe do in order not to end up, one day, in the same condition in which it finds itself today with Putin?

DP: We have seen how dependence on Russian gas triggered heavy consequences when Moscow declared war on Ukraine and the West. The choice to marry a technology such as that of electric vehicles, which requires raw materials largely held by China - a country with ambitions in contrast with those of Europe - can lead to situations similar to what we are witnessing. One element concerns the strategic security of the whole of Europe. Batteries are the epicenter of change. The necessary raw materials, lithium and other rare earths, are largely present in China, so even if Europe is committed to building batteries, its dependence on Chinese raw materials will be much greater than what we now have on gas. and from Russian oil.

Who owns the raw materials determines the market, is this the problem?

DP: This is the weakness. Batteries store about 300 watt hours per 1 kilo of weight. Tens of thousands of tons will have to be produced to electrify the cars of Europe, and the materials to build them will have to be imported. From where? Largely from China, which today directly controls over half of the production of lithium and rare earths needed to produce electric vehicles, but which is increasing its influence on the fields in Africa and South America.

What to do then?

DP: On this issue we should not be caught unprepared and immediately establish strategies with the US both in terms of the supply of raw materials and the search for alternative energy sources.

80% of the 5G stations in the world are Chinese. Three years after the Copasir report asking for Beijing companies to be put out of business for national security reasons, the dossier is frozen. How should Italy - and Europe - move on this issue?

DP: In 2021, Chinese companies flocked to the counter of the European Patent Office in Munich. And often the inventions they present, because they are protected by international and community standards, promise to improve telecommunications networks. They can therefore have an impact on 5G (already operational) and 6G (now on the horizon).

The other area of great interest for the Chinese is cloud data storage. Huawei - very strong in network technologies - is the most creative and prolific Chinese company in the presentation of new patents.

With this shower of patents and inventions, Chinese entrepreneurs are reacting to the climate of growing hostility in the West. The United States, the United Kingdom, Spain have enacted specific laws on cybersecurity and 5G and Italy itself, as we mentioned, has also strengthened the rules on special powers (Golden Power).

Will it be enough?

DP: Above all, rules and techniques for data protection will have to be introduced. It will also be necessary to reach intergovernmental agreements with the Chinese.

On the Taiwan issue: is there a risk of a new Ukraine?

DP: The reconnection of the island of Taiwan could have terrible consequences depending on the outcome of the war that ensues. We can identify three scenarios: the first, in which the Taiwanese population decides to surrender and let China revive Taiwan without fighting; the second, in which the Taiwanese army resists the Chinese advance but is briefly overwhelmed resulting in minimal damage and disruption to the island and its productive activities; the third and last, in which the conflict turns into a war of attrition like what is happening in Ukraine.

What would happen in the latter case?

DP: A logistical and commercial crisis of incalculable proportions would follow. The interruption of supplies would quickly bend the entire technology and automotive industry, two fundamental pillars of the European, American but also Chinese economies.

Taiwan's manufacturing significance would also lead to a reduced supply of consumer goods with significant sales depression by companies and multinationals globally.

But how could the international community react? We have already seen the difficulty of a coordinated reaction with the Ukraine case.

DP: It is unthinkable that Europe and the US can react towards China with the same vehemence as the Kremlin. China represents one of the main consumer markets globally and is the key partner in global trade with almost every country in the world. It is unreasonable to think that multinationals and banks could leave the Chinese market in protest as this would be the end of their businesses. Likewise, any governmental "retaliation" action against China would imply antagonizing one of the main suppliers of raw materials and consumer goods globally.

DP: The economic and military strategy in the Taiwanese question represents one of the greatest contemporary challenges, as any action to resolve the intricate affair will lead to very dangerous consequences for the entire planet. Taiwan represents an example of how globalization must be rapidly rethought in order not to be hostage to commercial and logistical partners and to acquire energy, technological and commercial independence.