Flavonoids - Its Biosynthesis And Biological Functions 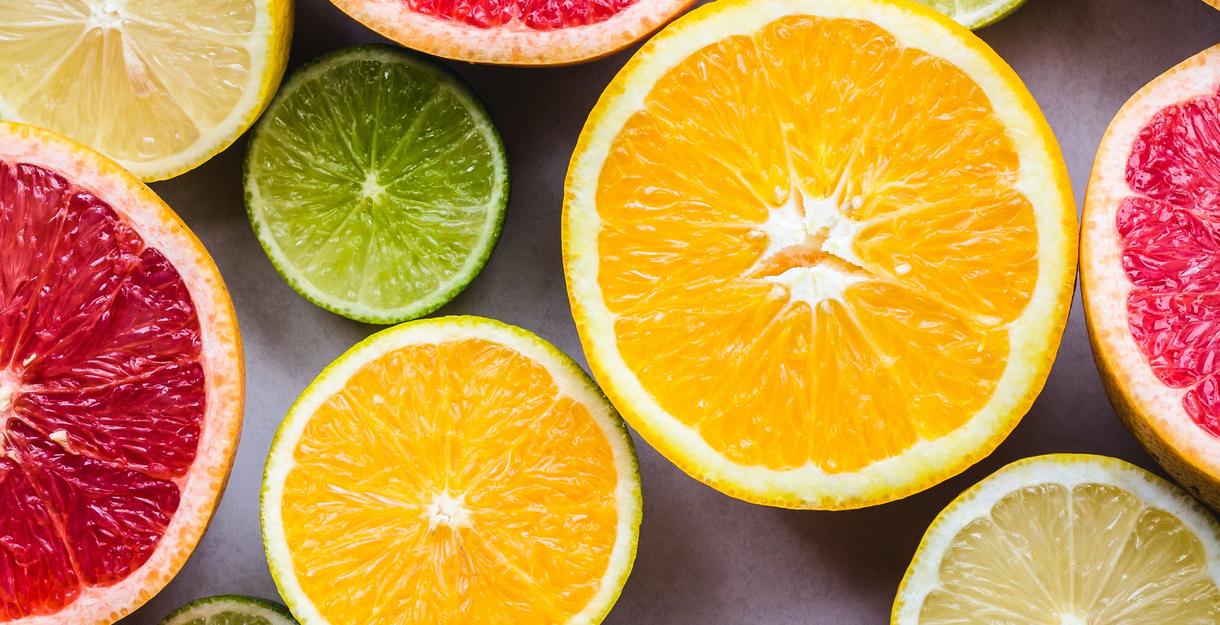 The pigments known as flavonoids can be found in a wide range of plant parts, including flowers, fruits, and seeds.

Flavonoids belong to the class of phenolic compounds.

Plants contain secondary metabolites that can be broken down into the following six subgroups: chalcones, flavones, flavonols, flavandiols, anthocyanins, and proanthocyanidins or condensed tannins.

Flavones are the most common of these secondary metabolites. Some species also contain aurones.

Only a small number of plant species produce 3-deoxyanthocyanins and phlobaphenes, and only legumes and a few nonlegume plants produce specialized flavonoids such as isoflavonoids.

There are currently over 6000 different flavonoids that have been identified, and it is certain that this number will continue to rise.

A variety of flavonoids offer protection against ultraviolet radiation and phytopathogens, send signals during nodulation, and contribute to male fertility and the transport of auxin. Flavonoids also color flowers in order to attract pollinators.

Polyphenols, which are a type of phytonutrient, include flavonoids. According to the Global Healing Center, polyphenols have been used in Chinese and Ayurvedic medicine for a long time.

They have been linked to skin protection, brain function, blood sugar and blood pressure regulation, as well as antioxidant and anti-inflammatory properties.

There are several important groups of flavonoids, including anthocyanidins, flavanols, flavones, flavonols, flavonones, and isoflavones.

There are even more subgroups inside of the flavanol subgroup. Each of these subgroups and each type of flavonoid has its own set of effects, benefits, and foods where it is found.

Several flavonoid groups, their locations, and their benefits are discussed.

Luteolin and apigenin are two examples of this.

Many herbs and spices, as well as peppers and celery, are rich in antioxidant flavones.

Flavones have been shown to have antioxidant properties and slow the metabolism of drugs.

Fruits and vegetables high in anthocyanidins include berries (especially those that are red, purple, and blue), pomegranates, plums, and red wine, as well as red and purple grapes.

It has been found that anthocyanidins have a positive impact on cardiovascular health, antioxidant properties, and the prevention of obesity and type 2 diabetes.

Some examples of these are hesperetin, eriodictyol, and naringenin.

Citrus fruits are excellent sources of flavonones due to their high concentrations.

A healthy cardiovascular system, the ability to relax, and overall antioxidant and anti-inflammatory activity are all associated with them.

Genistein, glycitein, and daidzein are members of this subgroup.

Soybeans and products made from soy, in addition to legumes, contain an exceptionally high concentration of isoflavones.

They are classified as phytoestrogens, which means that they are chemical compounds that behave in a manner analogous to that of the hormone estrogen.

Despite the fact that study results are currently contradictory, researchers have a hunch that they could be useful in reducing the risk of hormonal cancers such as breast cancer, endometrial cancer, and prostate cancer.

Isoflavones have shown mixed results across a number of studies; as a result, it is difficult to determine whether or not they have any impact on the development of cancer.

They are also being investigated as a potential treatment for the symptoms that come with menopause.

Quercetin and kaempferol are both members of this flavonoid subgroup that is found in widespread distribution.

Onions, leeks, Brussels sprouts, kale, broccoli, tea, berries, beans, and apples are just a few of the foods that contain these compounds.

As an antihistamine, quercetin is known for its ability to provide relief to those suffering from hives and hay fever.

In addition to this, it is famous for the anti-inflammatory effects it possesses.

The flavonol kaempferol, along with other flavonols, has been linked to potent anti-inflammatory and antioxidant activities, which can lead to the prevention of chronic diseases.

There are three primary categories of flavanols: monomers, dimers, and polymers. Catechins are the most common name for monomers.

In addition to red wine, flavanols can be found in cocoa, grapes, apples, berries, fava beans, and teas.

Catechins are particularly prevalent in green and white teas, while dimers, which are found in black tea and have been linked to a reduction in cholesterol, are present in the latter.

The symptoms of chronic fatigue syndrome are something that scientists believe catechins may be able to help with.

Catechins have also been linked to positive effects on both cardiovascular and neurological health.

What Are The Benefits Of Flavonoids?

Flavonoid consumption was found to have a significant association with longevity in a large-scale study that lasted for 25 years and was published in the year 1995 in the journal Archives of Internal Medicine.

The study was conducted on men from seven different countries.

According to the findings of the study, there was a significant disparity between the mortality rates associated with cancer and coronary heart disease.

The researchers speculated that this disparity could be partially explained by flavonoid consumption.

Flavonoids have also been linked to a reduction in appetite, reduced inflammation, and weight loss.

Leptin, a hormone that suppresses food intake, can be decreased by flavonoid content, according to the researcher.

When mice with leptin or leptin receptor mutations are used as models to study diabetes and obesity, we know for sure that leptin plays an important role in food consumption.

Flavonoids have been linked to cardiovascular disease prevention due to their antioxidant and anti-inflammatory properties.

Flavonoids, according to the World's Healthiest Foods website of the George Mateljan Foundation, may protect LDL cholesterol from free radical damage and thus lower the risk of atherosclerosis.

As a result, blood vessel walls may also benefit from their use.

According to World's Healthiest Foods, studies on grape juice, chocolate, pomegranate juice, and soy foods have all shown similar effects.

Many efforts have been made to discover the genetics of flavonoid synthesis in the human body.

Mutations affecting flavonoid synthesis have been found in a wide range of plant species. In order to isolate the structural and regulatory flavonoid genes, we used the following plants: maize, snapdragon, and petunia.

Except for flavonol synthase (FLS), which encodes six genes, but only two of them are active (FLS1 and FLS3), all of the enzymes of the central flavonoid metabolism are encoded by single copy genes in Arabidopsis.

Seed coat pigmentation mutations, known as transparent testa or tt mutants, have led to the discovery of a number of structural and regulatory genes.

Arabidopsis mutant loci have been linked to the majority of structural and regulatory genes in the plant.

Flavonoids aren't used in the same way by this species as they are by others (for defense or male fertility), but these mutants help define the roles of these compounds in UV protection and auxin transport.

Genes involved in flavonoid biosynthesis are controlled by the interaction of several different families of transcription factors.

R2R3 MYB transcription factors, bHLH, and WD40 proteins regulate anthocyanin pathway genes differently in monocots and dicots than they do in other plants.

These transcription factors and their interactions (the R2R3-MYB-bHLH-WD40 complex) determine the expression of anthocyanin structural genes in terms of activation, spatial and temporal expression.

Reproductive and other organ systems' anthocyanin biosynthesis is regulated by the MYB-bHLH-WD40 complex, which was discovered in a study.

For example, Arabidopsis and maize have very different mechanisms for controlling anthocyanin levels than other monocot and dicot species.

TTG1 activates proanthocyanidin biosynthesis in developing seeds by binding to TT2, TT8, and TT8 in a ternary complex in Arabidopsis.

There are two multigene families (PL/C1 and B/R) in maize that code for the MYB and bHLH proteins, and each of these families has a tissue and developmentally-specific pattern.

To fully activate anthocyanin biosynthetic genes in seeds and roots, B1 or R1 proteins require the WD40 protein PAC1.

The anthocyanin pigmentation of maize pac1 mutants can only be reduced in specific tissues.

MYB12, MYB11, and MYB111 (PFG1-3) in Arabidopsis regulate AtFLS1 expression in a tissue and developmental-specific manner; ZmFLS1/2 expression is regulated by P1 (R2R3-MYB) and anthocyanin C1/PL1 and R/B regulators.

Flavonols are needed for pollen to grow and for male maize to be fertile, but plants that are missing P1 and R/B+C1/PL1 are fertile.

Arabidopsis pollen and siliques/seeds accumulate flavonol without PFG1-3, suggesting that in both species, additional regulators are involved in FLS expression and flavonol accumulation. 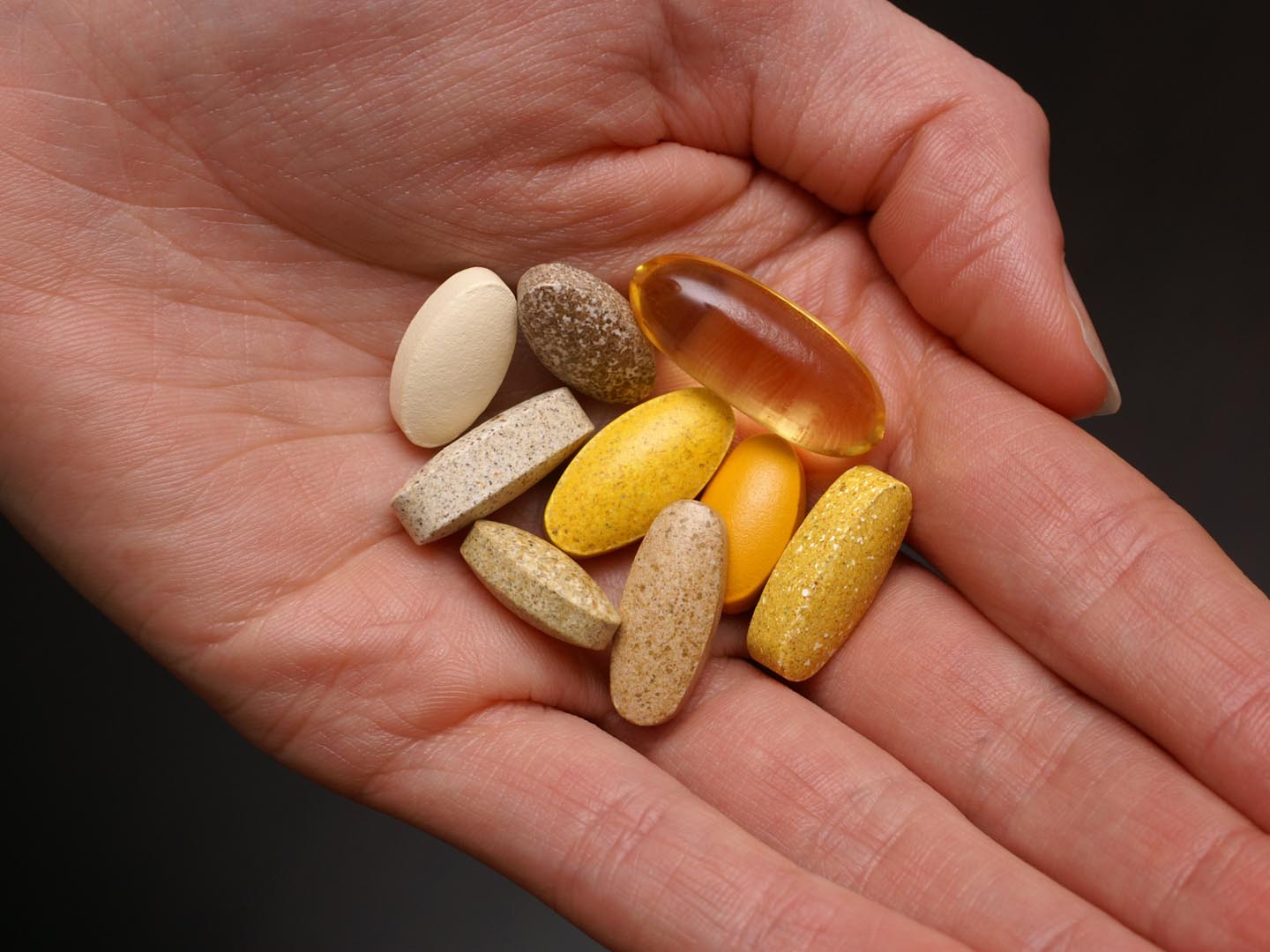 Different types, colors, and sizes of tablets on the palm of a person

Phenylpropanoids attract or repel insects and microbes, and phytoalexins repel pathogens and herbivores.

They cause root nodulation when excreted by nitrogen-fixing rhizobia.

Protein complexation is one mechanism by which flavonoids interact with enzymes. Stress-fighting flavonoids scavenge free radicals and chelate metals that produce ROS via the Fenton reaction.

Flavonoids in maize play an important role in the plant's ability to withstand aluminum's toxic effects.

Catechin and quercetin levels in aluminum-exposed maize roots were high, indicating that the metal-chelating properties of these compounds may help reduce the toxicity of aluminum in living organisms.

Some evidence suggests that flavonoids regulate auxin transport from the cell's center to its periphery.

When plants are under stress, their stomata are likely to open and resources are likely to be allocated in a more efficient manner because of this hormone.

Flavonoids like quercetin and kaempferol have been shown to inhibit the transport of auxin polarity in plants and increase the accumulation of localized auxin.

How Do You Extract Flavonoids From Plants?

Ethanol, water mixtures, and natural deep eutectic solvents (NADES) are the most commonly used solvents for extracting flavonoids because of their ability to solubilize moderately polar flavonoids at low cost and with minimal impact on the environment.

What Are The Uses Of Flavonoid?

Oxidative stress is exacerbated in the body when free radicals, which are responsible for cell activity, are not eliminated from the body.

To put it another way, they make your body more efficient while also shielding it from the toxins and stresses of daily life.

What Are The Health Benefits Of Flavonoids?

Inflammation-fighting flavonoids, for example, are phytonutrients that also shield your cells from the oxidative damage that can eventually lead to disease.

These dietary antioxidants can prevent the development of cardiovascular disease, diabetes, cancer, and cognitive diseases such as Alzheimer's and dementia by enhancing the body's natural defenses against these diseases.

The majority of the most important flavonoid pathway enzymes and genes have been identified. Flavonoid biology, on the other hand, has yet to be fully understood.

For instance, some of the transcription factors that control this branched pathway have not yet been identified.

This is due to the fact that the pathway hasn't been thoroughly analyzed.

The existence of protein–protein interactions forming metabolic channels that enhance this pathway's efficiency is also not supported by any evidence.