Financial Crises And Business Cycles- What You Need To Know 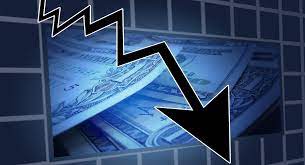 As opposed to a free market for capital, the quantity of loanable money in an economy with a central bank and fractional reserve banking is controlled by a committee of economists, who are influenced by political leaders, bankers, TV commentators, and even military generals.

This occurs in the capital markets, but the ramifications are even more destructive since capital is engaged in the creation of every economic good, making the consequences significantly more severe. Let's discuss more about financial crises and business cycles.

Sparers must delay purchases in a free market with sound currency. People who deposit money in a bank as saves are deferring the enjoyment that consuming provides in order to achieve greater gratification in the future. The precise quantity of savings becomes the exact amount of loanable cash that may be borrowed by the producers.

Consumer is directly tied to the availability of capital goods: real physical resources, labor, land and capital goods will shift from providing final consumption items to the creation of capital goods. Instead of eating the corn seed, the marginal worker is steered away from auto sales and into a position in the factory.

All Economics Begins With Scarcity, And Everything Has An Opportunity Cost

Forgone consumption and forgone capital investment are the opportunity costs of capital in the capital market. When individuals demand more investments, interest rates climb, enticing more savers to put away more of their money for the long-term future.

Investors are encouraged to make more investments and to do so over a longer period of time, since the interest rate decline encourages them to do so. Reduced borrowing costs make it possible to go from fishing with long-handled rods to fishing with oil-powered big boats when rates of interest are reduced. 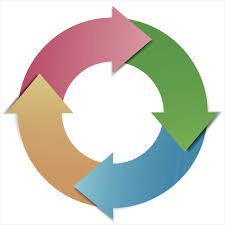 A cycle symbol with multicolor arrows

Savings And Loanable Cash Will Always Be At Odds

Savings and loanable funds will eventually diverge as the central bank regulates the money supply and interest rate. There is a tendency for central banks to raise the amount of money in circulation and cut interest rates in an effort to stimulate economic development and investment and to encourage consumer spending. Businesses are taking on more debt to launch projects at these artificially low interest rates than savers are putting away to fund these investments.

To put it another way, the value of postponed spending is less than the value of borrowed money. There won't be enough capital, land, and labor resources moved from lower-order consumption products to higher-order capital goods early in the manufacturing process if significant consumption is delayed.

Although this kind of deception is conceivable for a short period of time when using unsound money, it is a short-term solution. Production is misled into using more capital than is truly available by artificially low interest rates and an abundance of newly produced money. First, more producers borrow money because they believe that the money will enable them to acquire all the capital goods they need for their production process, despite the fact that there is no real postponed consumption.

The price of capital goods rises throughout the manufacturing process as more and more producers compete for fewer capital goods and resources than they estimate there to be. Several investments suddenly become unprofitable due to the new capital good pricing as soon as the manipulation is disclosed at this stage. Misallocations in the capital market have led to investments that would not have been made otherwise, and whose completion is now impossible.

More projects may be undertaken due to pricing distortion, which leads investors' calculations to be off, but the quantity of real capital available cannot be increased by central bank action. As a result, these additional initiatives never get finished and end up being a waste of money. As a result of the halting of these initiatives, the overall unemployment rate has increased. Severe economic downturn caused by several overextended companies at the same time is called a recession.

In order to keep the interest rate below the market clearing price, the central bank instructs banks to lend more, limiting the amount of savings accessible to society and raising the amount of money borrowers want to borrow at the same time.