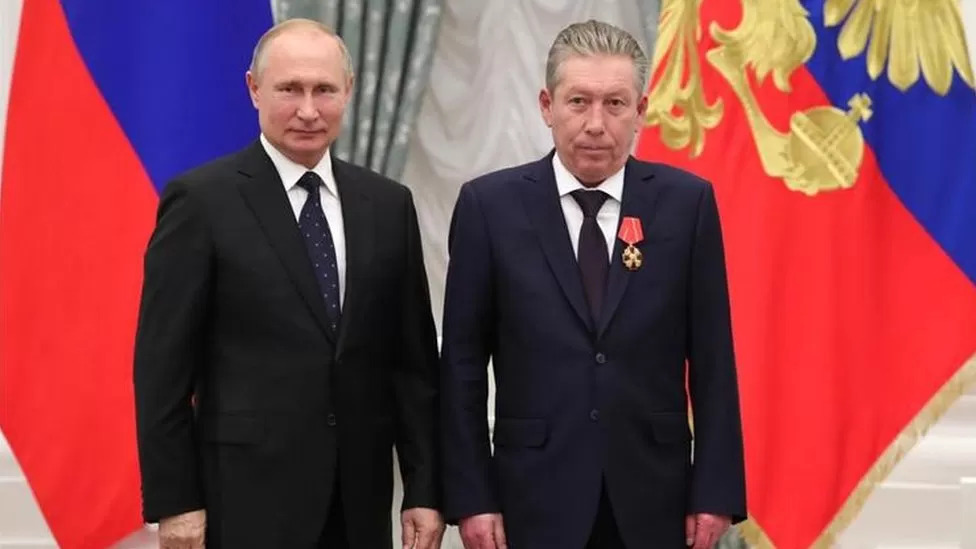 Months after his business criticized Russia's invasion of Ukraine, a prominent Russian Lukoil Exec dies in fall from hospital window in Moscow.

According to a source cited by the Interfax news agency on Thursday, Ravil Maganov, the chair of the board of directors of Lukoil, the largest private oil business in Russia, "fell from a window at Central clinical hospital. . . He died from injuries sustained."

Maganov is the most recent in a line of prominent business leaders to pass away suddenly.

Investigating authorities stated that they were attempting to determine how he passed away at the scene. According to sources quoted by Tass news agency, he died by suicide after initially reporting that he had fallen out of a window on the sixth floor early on Thursday morning.

The Lukoil board expressed its support for the victims of "this tragedy" and demanded that the conflict end as soon as possible after Russia invaded Ukraine.

Russia's largest private company is Lukoil. It claimed in its statement that Maganov's skill as a manager was the reason it had grown to become one of the biggest energy companies in the world.

He joined the private oil company in 1993 and assumed the chairmanship two years later. President Vladimir Putin presented him with a lifetime achievement award three years ago.

Maganov was receiving medical care at a hospital on the western outskirts of Moscow that is well known for treating members of Russia's political and business elite.

President Putin paid a visit to the hospital on Thursday morning to lay flowers by Mikhail Gorbachev's coffin after he passed away on Tuesday at the same facility, Central Clinical Hospital.

It wasn't immediately obvious whether his demise was due to an accident, a suicide, or malicious intent. According to unnamed sources cited by Russian official media, Maganov was taken to the hospital with a cardiac ailment and was taking antidepressants.

He might have fallen from a balcony while smoking, according to Baza, a Russian news outlet with connections to the police, and no CCTV was accessible because cameras had been switched off for maintenance.

According to a source in Russia's security services who described Maganov's death as a "suicide," the state-run news agency Tass reported on Thursday that Maganov had committed suicide. The Guardian was unable to confirm that version of events right away.

Since the start of the war in Ukraine, six businessmen with ties to the Russian energy sector have passed away in apparent suicides or under unexplained circumstances. None of the fatalities have been labeled as homicides.

The board of directors of Lukoil declared, "Calling for the soonest termination of the armed conflict, we express our sincere empathy for all victims who are affected by this tragedy. We strongly support a lasting ceasefire and a settlement of problems through serious negotiations and diplomacy."

Maganov was a well-known representative of Russian commercial society. He was good friends with Vagit Alekperov, a founding member of Lukoil and a former Soviet oil minister who resigned as CEO immediately after the UK and EU slapped sanctions on him.