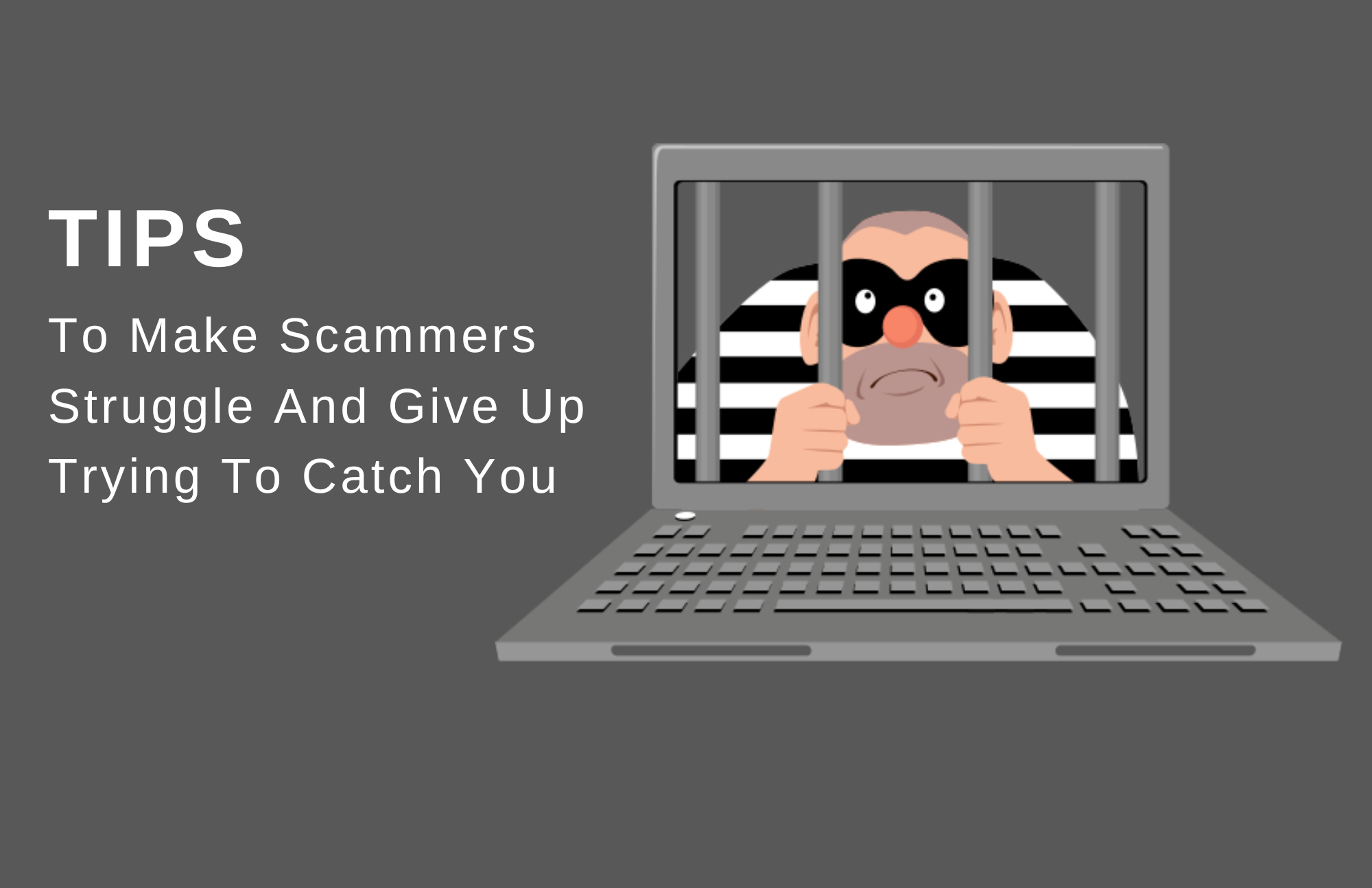 Scammers can be found not only in person but also online. Scammers, they claim, are now digital.

Think about it: You earned that paycheck, and it shows. It could have taken a long time, and maybe you are still working on it, to build your future. Imagine that in an instant, scammers steal everything you've worked for.

Many uninformed people have lost a lot of money to cybercriminals.

So, I will provide trusted information on how to protect your money from cyber scams.

According to statistics, 59% of Americans say that they have been victims of cybercrime or have in some way been taken advantage of by computer hackers.

That amounts to 152 million people in the United States who, for one reason or another, have had their online security compromised.

How Do Online Scams Work? 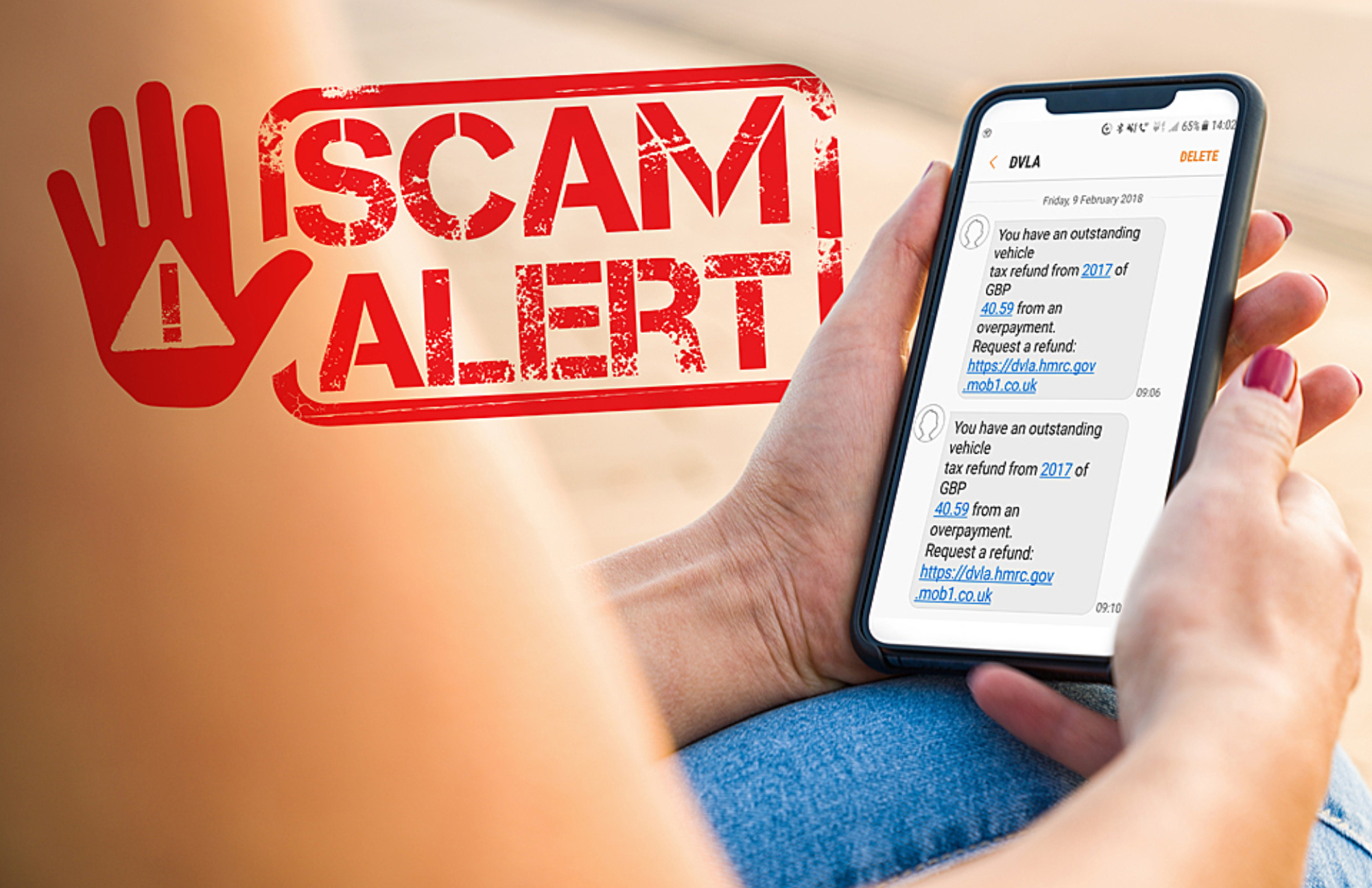 A woman reads a scam message on her phone

Phishing emails, social media, SMS messages sent to your mobile phone, fake phone calls purporting to be from tech support, scareware, and other methods are just some of the many ways that scams can be committed.

The primary objective of these types of cons can range from the theft of credit card information to the purchase of user login and password credentials or even the theft of an individual's identity.

Here's How Can You Protect Yourself From Scams

Consider Your Options Before Acting 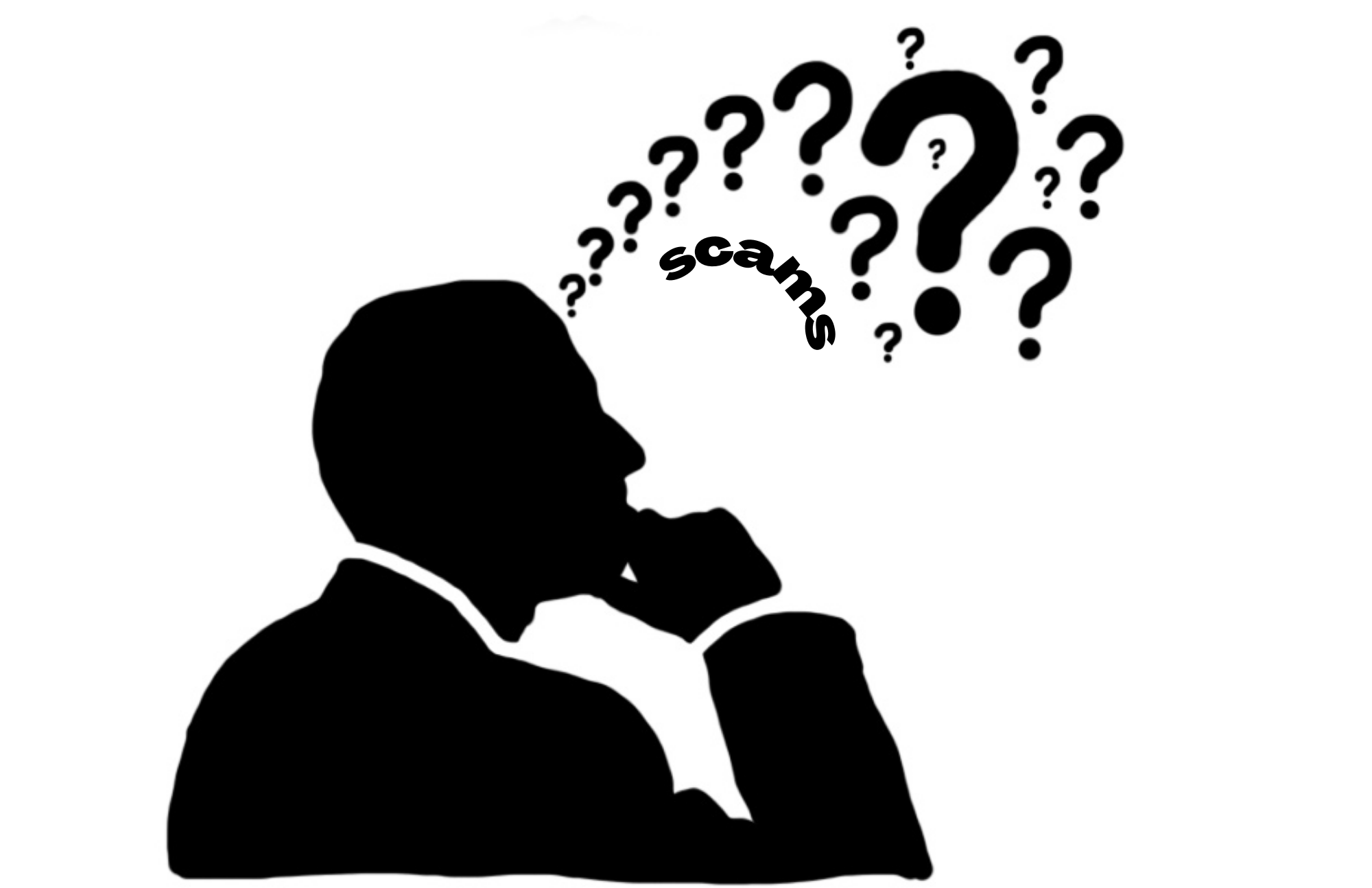 A man considers the possibility of a scam

Emails that warn you that you have a limited amount of time to claim a prize or else it will be lost, website popups that warn you that a virus has been detected on your computer, and even texts claiming to come from the government that warns you that failing to "repay" money will result in your arrest are all examples of this type of scam.

These kinds of cons intend to create a state of desperate fear inside their victims. When people are in a state of panic, they stop thinking clearly and are much more likely to blindly follow instructions.

When you get a message that says it is "urgent," try to remain calm, take a few deep breaths, and give some critical thought to why you received it and what it is attempting to convince you to do.

Before taking any action, it is recommended that the situation be discussed with a person in your circle of contact first.

Maintain The Security Of Your Mobile Devices And Computers 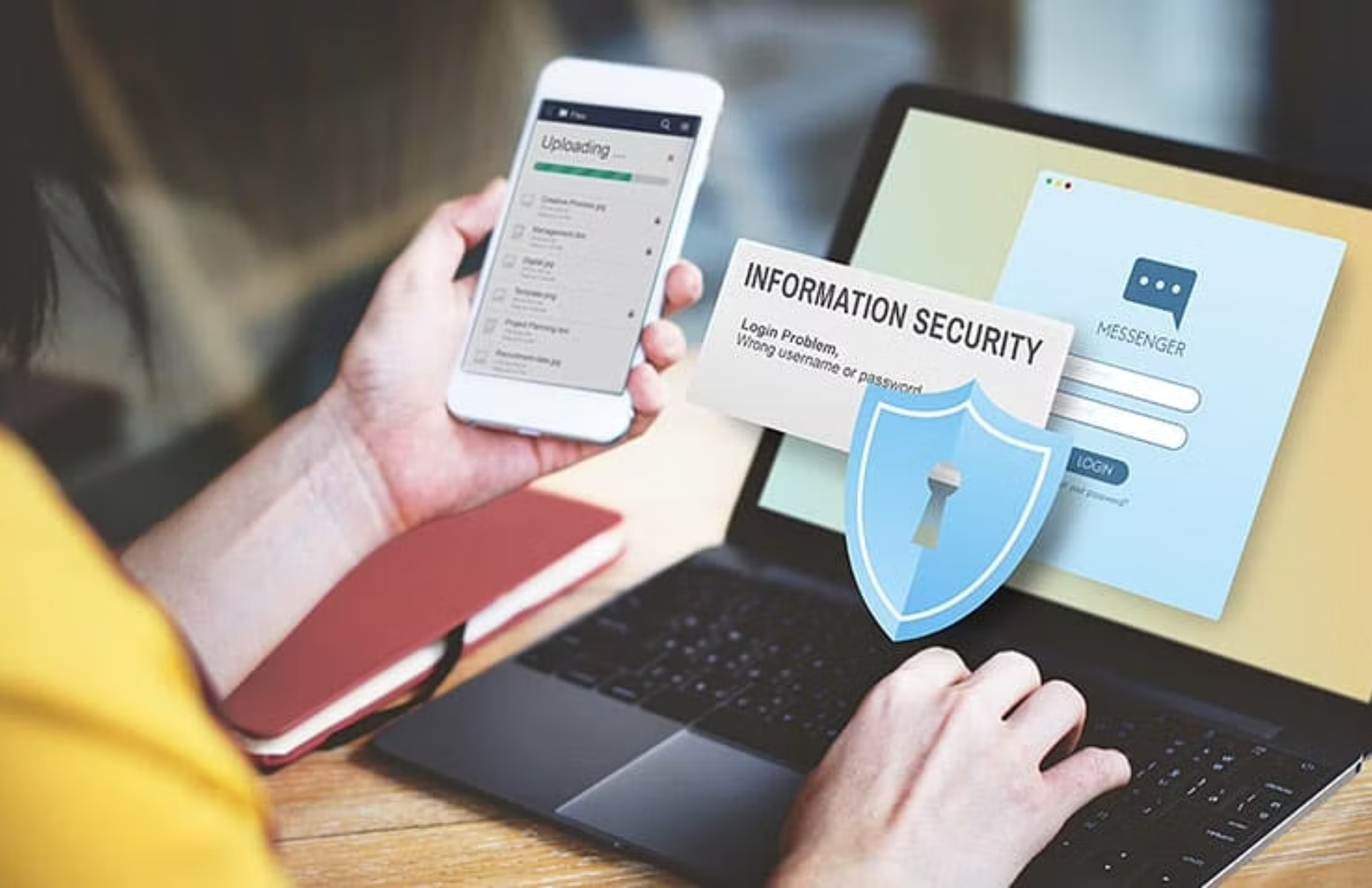 A white woman is securing her data on gadgets

Always safeguard sensitive information with a password, never give access to anyone (even remotely), regularly update your security software, and always back up your data.

You should always use a password to access your home WiFi network and you should never use public computers or WiFi hotspots to access your online banking or supply sensitive information. 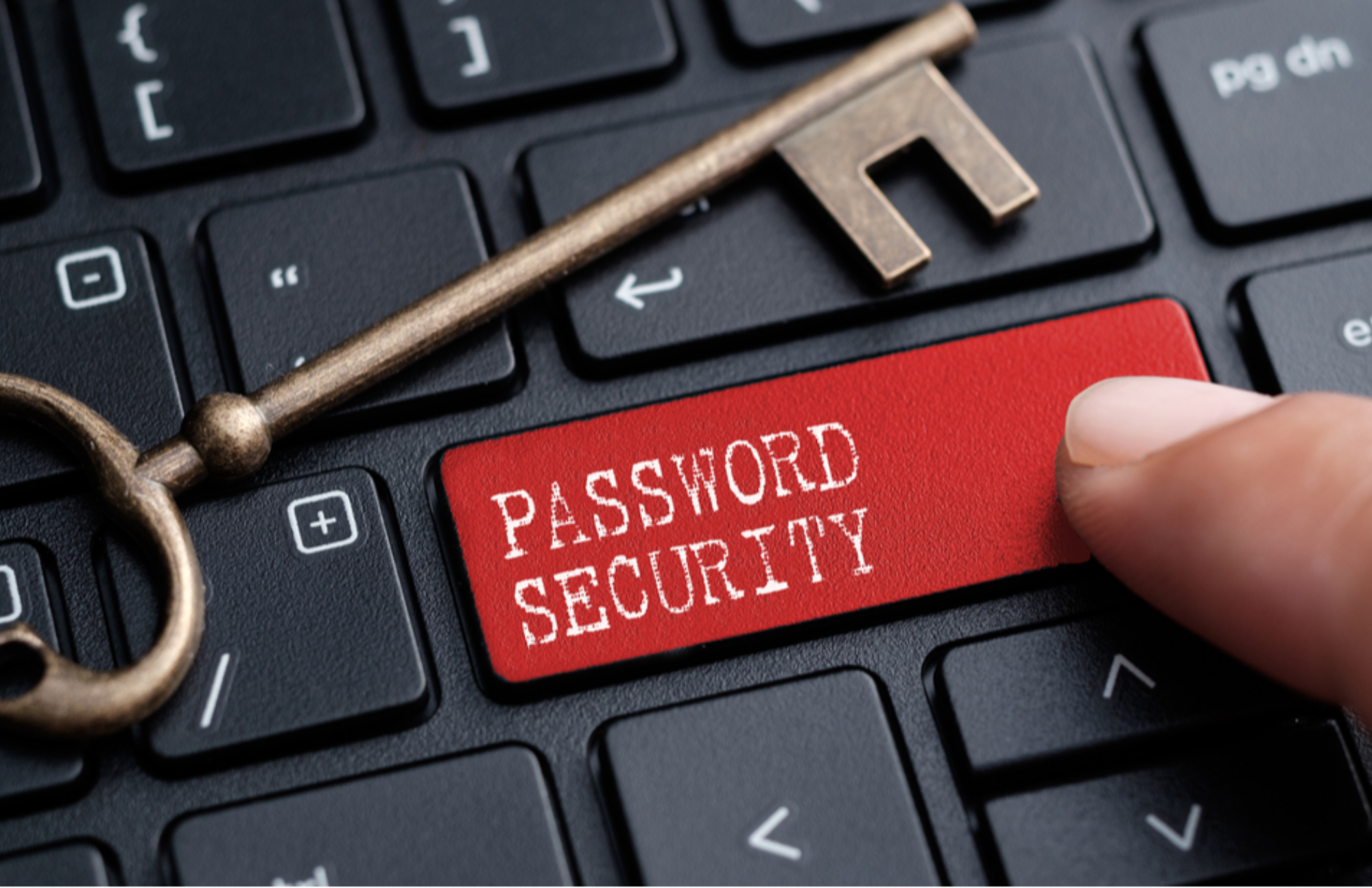 When you use passwords that are both unique and strong, combined with a secure email account, you may help prevent hackers from easily accessing your financial accounts, such as those for your bank, credit, and retirement savings.

Pick passwords that are tough for anybody else to figure out, and be sure to change them on a regular basis.

A secure password should consist of different types of characters, including capital and lowercase letters, numerals, and special characters.

Never use the same password for several accounts or profiles, and under no circumstances should you expose your passwords to anybody.

Keep An Eye On Your Finances With Online Banking 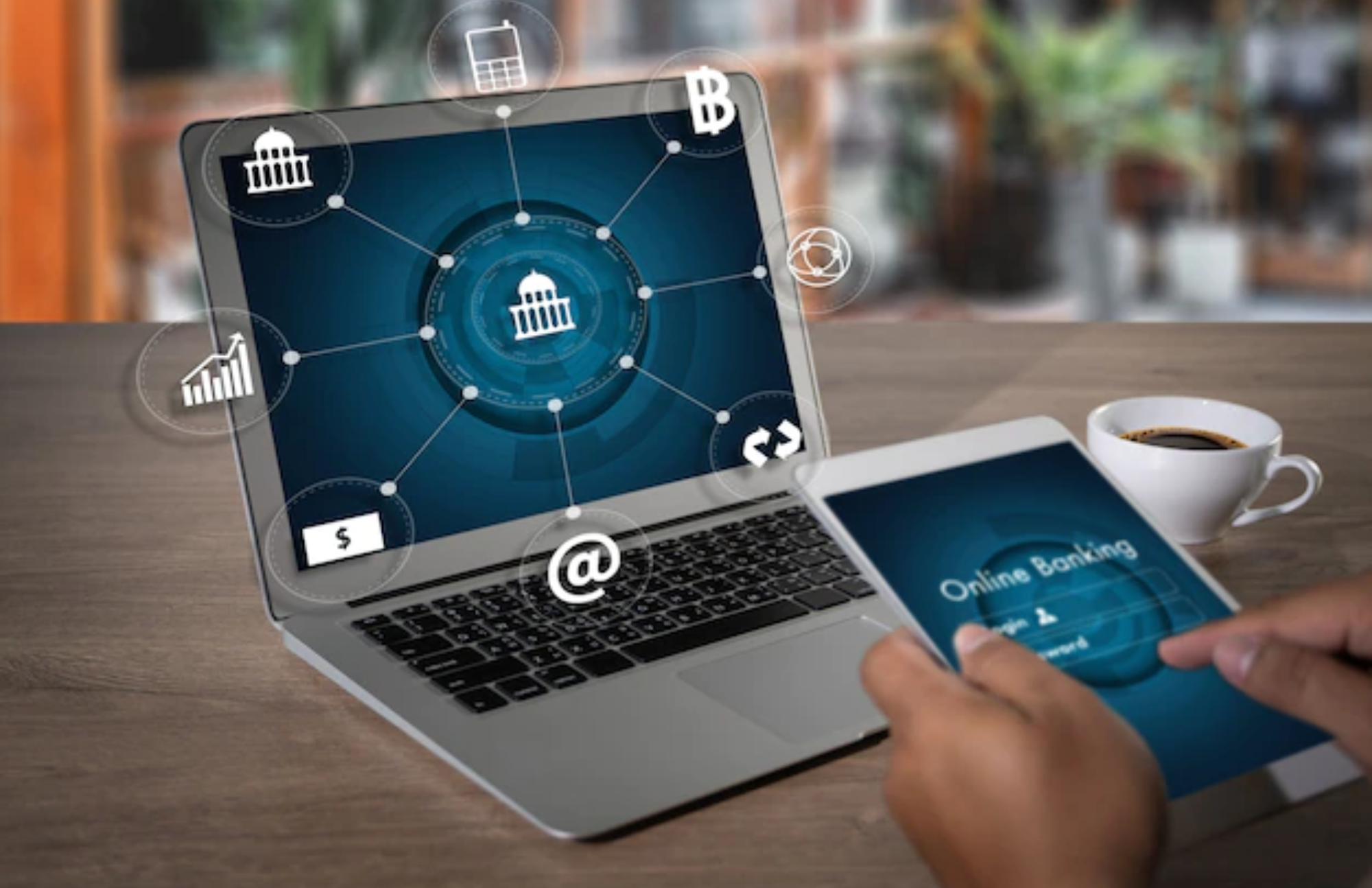 With coffee on the table, a black hand holds the tablet while using online banking and connecting to the laptop

No one would go to the trouble of going to the bank every day just to make sure their money wasn't stolen, but if you can check on the status of your account online in under a minute, there's no reason to.

Create a bookmark for the link to your online bank account, and make it a routine to check it at least once a week, if not more often than that.

If someone stole money from your bank accounts or used your credit card to make a purchase, you will find out very fast. If you report the theft as soon as possible, there is a greater chance that you will not be responsible for those losses.

Simply make sure that you are accessing the site through a reliable computer and internet connection before you log in. 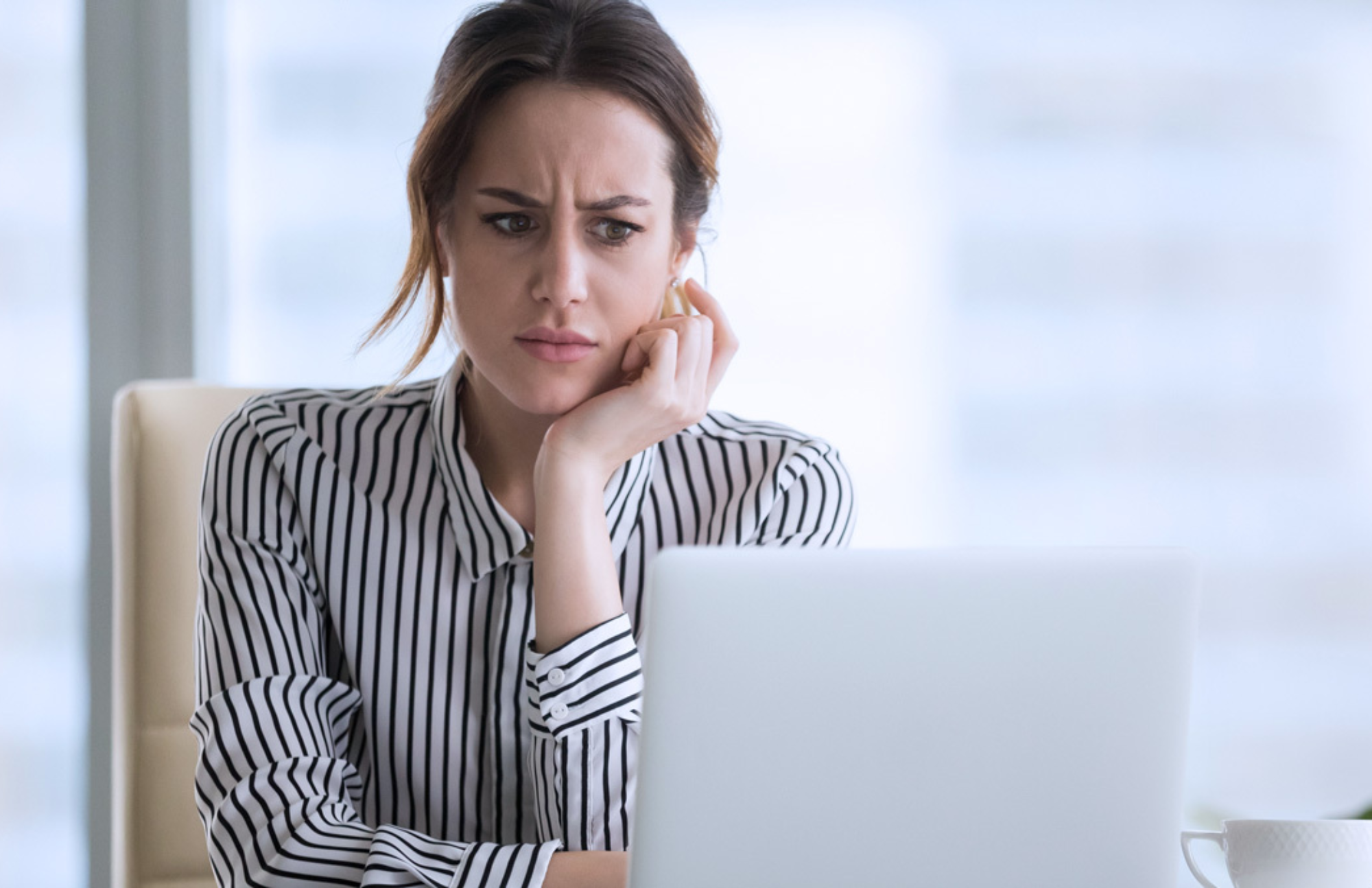 Some of the bad things that happen on the Internet are stock price manipulation, pyramid schemes, fake business opportunities, and "off-shore" scams.

Once, "boiler rooms" on the phone might have only been able to get hundreds of calls a day.

Now, scammers can easily reach thousands of potential victims with cheap websites on the Internet. Many people can also be "spammed" with fake offers through e-mail.

Don't be fooled, be familiar with their moves!

"Phishing" is one of the most common scams today. Thieves carefully copy the look of e-mails and websites from banks, the government, and other legitimate institutions in order to get customers' account information and personal identification numbers (PINs).

It's easy to talk to someone on the internet, but it's harder to figure out what they really want to say.

People with hidden agendas have tried to drive up the price of certain stocks, usually those of small, unknown companies, by putting out false or misleading press releases, quoting from analyst reports that don't exist or are fake, and promoting the stock in a chat room.

Because of how anonymous the Internet is, the "many" people who talk about a stock in an investment group may all be the same person. As promoters build interest and stock prices go up, they quickly sell their shares for a profit, leaving the public with losses because they didn't know what was going on.

How To Avoid Scams On Social Media?

What’s real and what’s not? How to avoid scams on social media

What Are The Three Most Prevalent Network Attacks In 2022?

According to the Sophos 2022 Threat Report, ransomware, malware on mobile devices, and attacks on internet infrastructure are three of the most serious threats that businesses can expect to face this year.

What Companies Have Been Hacked In 2022?

What Was The Biggest Hack Ever?

Considered the most expensive and destructive hack in history. Cutting Sword of Justice, an Iranian attacker group, carried out the attack. Iranian hackers responded to Stuxnet by releasing Shamoon. Over 35,000 Saudi Aramco computers were destroyed by the malware, interrupting business operations for months.

The cyber scam isn't new at all, the individuals behind these scams live their life in doing such things and don't even care what loss can happen to their victims. Scammers don't have hearts, so before they catch you, make a move and avoid them whatever it cost.