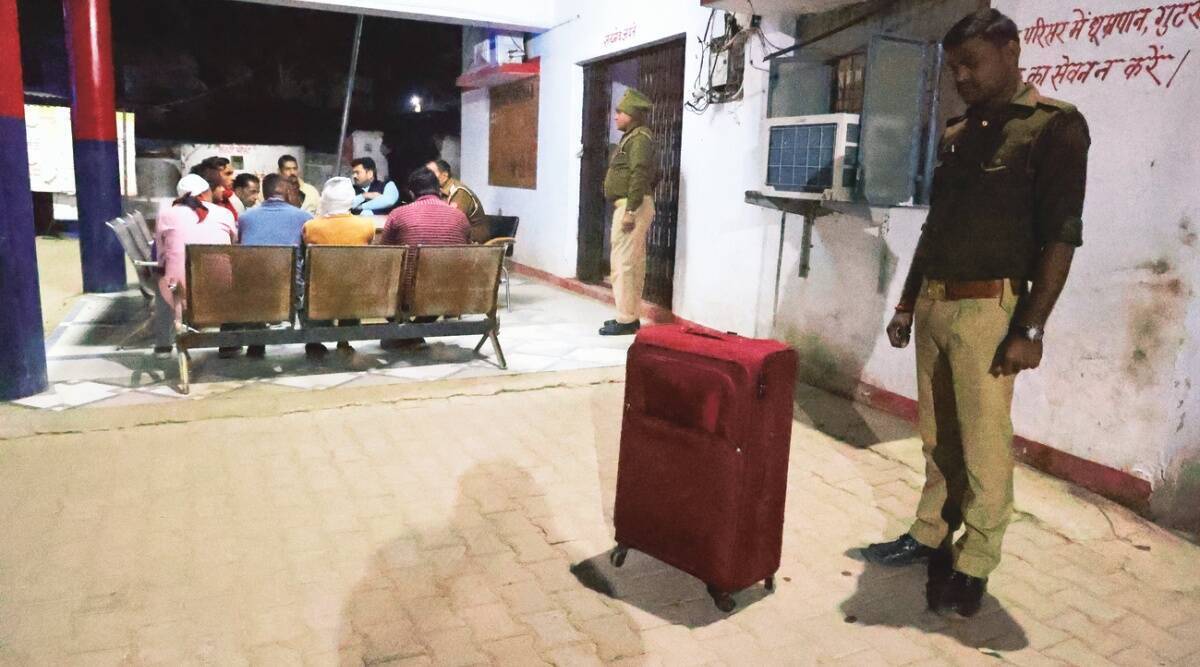 Mathura police arrest parents of a woman found dead inside a suitcase on Monday night, November 21. The body of Ayushi Yadav, 21, was found inside a red trolley bag on the Yamuna Expressway in Mathura on 18 November.

Local police investigating the death of a 21-year-old Delhi woman has revealed that she was allegedly shot dead by her father. When the woman's body was discovered, the case shocked the nation. Both parents have been arrested and imprisoned. The murder weapon was also recovered by police.

According to police, Ayushi's brother was also aware of the crime. Police also stated that Ayushi's mother, Brajbala Yadav, assisted in the removal of the body.

They stuffed their daughter's body into a trolley bag and dumped it on a Raya service road near the Vrindavan cut along the Expressway. They traveled approximately 150 kilometers away from their Badarpur home to dump the bag.

After the suitcase was recovered, the police began tracing phones, reviewing CCTV footage, using social media, and putting up posters in Delhi to identify the woman.

However, concrete information about her was obtained from an unknown call, and her mother and brother later identified her through photographs.

The father, who lives in Badarpur, south Delhi, was detained after police questioned him while he was on his way to identify the body. According to the police, Aayushi married a man from another caste named Chhatrapal without informing her family.

Her parents were furious at what they saw as her defiance and "stubborn" attitude. Nitesh Yadav allegedly packed Aayushi's body in a suitcase and dumped it in Mathura after shooting her with his licensed gun.

Last Friday, Aayushi's body was discovered wrapped in plastic in a large red suitcase near the Yamuna Expressway in Mathura. There was blood on the face, as well as injury marks throughout the body. Laborers discovered the suitcase and called the police.

The family is from Baluni in Gorakhpur, Uttar Pradesh, and moved to the national capital after Nitesh Yadav found work there.

The root cause of this heinous crime is 'Hamare ghar ki izzat,' a death awarded to women or men by their own family members for marrying against their wishes or having a pre-marital relationship, marrying within the same gotra, or marrying outside their caste.

Honor killings are defined by Human Rights Watch as "acts of violence, usually murder, committed by male family members against female family members who are perceived to have brought dishonor upon the family by being romantically involved with or marrying men outside their caste, class, or religion."

According to the National Crime Records Bureau (NCRB), there were 33 cases of honor killings in the country in 2021, with Jharkhand and Punjab recording the highest number of cases, with eight each.

Other Similar Crime Cases In India

In March 2021, a father murdered his 19-year-old daughter in Rajasthan's Dausa district for eloping with her Dalit paramour. Three months later, in July, it was revealed that the genitals of a 17-year-old Dalit boy had been severed by the family of the Brahmin girl he was dating in Muzaffarpur.

In December of last year, a 17-year-old boy beheaded his 19-year-old sister in Aurangabad's Ladgaon village for marrying a man of her choice.

The 2016 honor killing case in Udumalpet shocked the nation to its core. Shankar, 22, was killed in a busy market in Udumalpet, Tamil Nadu, for marrying Kausalya, a woman from the region's dominant Thevar caste.

Kausalya's parents were vehemently opposed to the marriage and hired assassins to eliminate the young couple. A three-member gang brutally attacked the couple while they were walking near the Udumalpet Town bus stop. Shankar died on the spot, while Kausalya was injured but survived.

Prior to the Udumalpet case, another horrifying honor killing that made national headlines in June 2012 was that of Deepti Chhikara. Her mother Birmati and brother Mohit strangled the young woman to death, and her uncle Amit later assisted the duo in disposing of the body in Uttarakhand.

Deepti had wanted to marry one Lalit Vats, but her family was against the match because he was from a different caste. Deepti was allegedly murdered in April, but her family made no complaint. Lalit was the one who notified the police that Deepti had gone missing after visiting her maternal home.