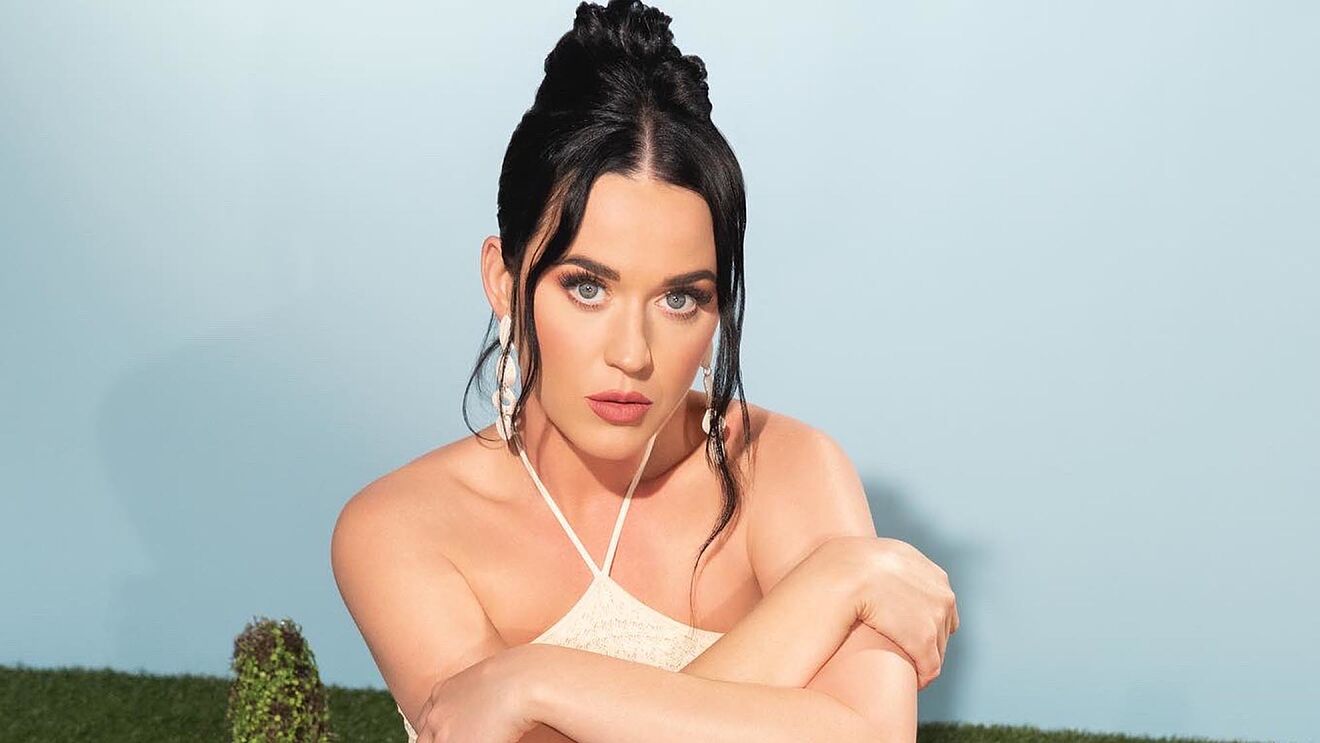 Katy Perry eye glitch during a concert, and now fans are worried that the pop star might be a robot. Perry looked like she couldn't keep her right eye open during a recent "Play" residency show in Las Vegas.

She even seemed to try to keep her eyelid from drooping by pressing her finger against her temple. The performer was able to lift her eyelid in the end, and she then kept both eyes wide open for a few minutes. She then closed her eyes and told the crowd to cheer for her band.

Katy Perry Eye ‘Glitch’ In The Middle Of Concert

Katy was in the middle of her Vegas concert when one of her eyelids appeared to be caught, leaving the star straining to open her right eye. Katy was dressed in her silver leotard that was inspired by cans at the time of the incident.

The singer of the hit "Roar" had to take a little break from her performance before she could finally open her right eye again, after which she resumed the remainder of the concert.

The event, which was filmed by a member of the audience who then uploaded it to social media, caused a flurry of comments from fans suggesting that Katy had suffered from some type of technical issue during the performance.

Just what is going on here? Katy, who was performing in Vegas while wearing her silver leotard, was in the middle of her routine when it appeared that one of her eyelids had become caught, causing the singer to have difficulty opening her right eye.

One jokingly commented: 'Clone failure. Next time make sure all software is updated and make necessary patches.'

Another added: 'She was downloading the song,' while a third posted: 'The robot had a glitch.'

One fan went on to comment: 'Mechanical failure, she even presses that button to keep it open.'

But then one of Katy's followers was quick to clarify: 'Lol it's her eyelash glue getting stuck to her bottom lid, happens to me all the time.'

Katy Perry Reveals That She Suffers From “Wonk Eye”

Folks, celebrities are just like us! A competitor named Caleb Kennedy, who was only 16 years old at the time, shared an intriguing piece of information on an episode of American Idol that aired on April 18, 2021.

Caleb revealed to his instructor, Bobby Bones, that he hides his lazy eye by donning large hats in order to prevent people from noticing it. Bobby Bones was surprised to hear this revelation.

As soon as Katy Perry and the other judges learned about Caleb's illness, the "Roar" singer took some time to express her empathy for the young man.

I have a wonk eye as well, and I used to be worried about it. Then a bunch of my fans created a fandom over my wonk-eye. I even have a fandom that calls itself, Katy's wonk-eye. It's my right eye. So just celebrate all that stuff. Don't worry about it.

Not only did this help Caleb feel better, but it also provided the audience with an opportunity to reflect on how important it is to not let circumstances that are beyond our control have an effect on our sense of self-worth.

After considering all of these factors, it is possible that Katy's eye problem during her recent residency in Las Vegas was caused by her "wonk eye." Time, along with an explanation from Katy, is the only thing that will tell.

Katy Perry is one of the most famous pop stars of the 21st century. Since then, Katy has put out songs that have been at the top of the Billboard Hot 100, and three of her albums have been certified platinum by the RIAA, with "Teenage Dream" getting close to that level. Not only that but Katy's concerts have been praised.

Katy has kept spreading her wings and showing off her talent, but the singer recently scared her fans. Fans are wondering if Katy Perry's health is getting better after she "glitched" her eye during a concert and seemed to be in a little bit of pain.