Jason Blair and the Country's Most Influential Newspaper 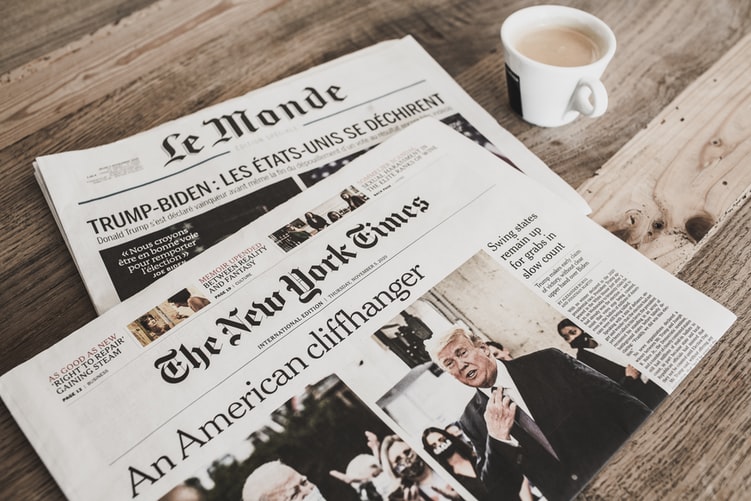 On May 1, 2003, 27-year-old New York Times reporter Jayson Blair resigned amidst charges that he plagiarized a story about the family of an American soldier in Iraq.

A scar on the reputation of one of the country's most influential newspapers, the Blair scandal launched a massive internal review of The Times' hiring, management and reporting practices and led to a staff shake-up ending with the resignation of two of the paper's top editors.

During the debacle, Times publisher Arthur Sulzberger Jr. called the Blair scandal "a low point" in the paper's 152-year history.

Jayson Blair joined The New York Times summer internship program in June 1998 after a Times recruiter visited the University of Maryland where Blair was editor-in-chief of the school's independent student newspaper, The Diamondback.

According to Times staff, Blair was a promising and talented writer who had previously interned at The Boston Globe and at The Washington Post. Because of his performance as an intern over the first summer, the paper's editors asked him to return the following year.

Blair advanced quickly, not only because of his skill but, according to findings of an internal report commissioned after the incident by Times editors, because he may have become favored as part of a "star system" that advanced some reporters close to then-executive editor Howell Raines.

After four years in the internship program and as a junior reporter, where, at times, he made more mistakes than any other reporter in the paper's Metro section, Blair was given a full-time reporting position.

He was given a regular tenured reporting job despite the misgivings of his immediate boss," the report said of Blair. "He was put on high-profile national assignments with his new supervising editors receiving no notice of the serious problems that had marked periods in his previous four years at the newspaper."

Blair's editor Jonathan Landman told the Siegal committee -- a committee of 25 staffers and three outside journalists led by assistant managing editor Allan Siegal -- he felt the fact that Blair was African-American played a large part in his initial promotion to full-time staffer.

"I think race was the decisive factor in his promotion," he said. "I thought then and I think now that it was the wrong decision."

After several more mistakes, poor evaluations and a period of leave during which Blair was said to be dealing with "personal problems," a memo sent by Landman, warned management "to stop Jayson from writing for The New York Times. Right now."

The memo resulted in a short suspension from deadline writing but failed to get Blair fired. In 2002, Blair was promoted to the national desk to cover the Washington, D.C.-area sniper shootings, according to the report released by the Siegal committee.

"The Blair thing was complicated but at its simplest, he worked for our Metro desk and they knew some of his problems and when he was transferred to the National desk, they weren't made aware," Siegal told the Online News Hour.

Blair wrote 52 stories during the sniper attacks. In one instance, Fairfax County, Va., prosecutor Bob Horan claimed that 60 percent of a story written by Blair, in which he was quoted, was inaccurate.

Despite such accusations and a slew of corrections the paper was forced to make in the wake of his reporting, Blair continued to cover critical stories for the Times, moving from the sniper attacks to national coverage of the Iraq war.

"That national berth for sniper coverage enabled him to slide into military coverage of military families on the home front of the war in Iraq," the Siegel report said. "It was on the home front stories, in March and April 2003, that Blair committed the egregious plagiarism and fabrications that landed like a bomb on The New York Times."

A review of Blair's time on the National desk found that on many occasions when Blair should have been on assignment out-of-state, he was in fact e-mailing or speaking to his editors from his Brooklyn apartment or from another floor of The Times office building.

What Did The Times Do?

Following the revelations of Blair's deceit, The New York Times moved to investigate how management had allowed a young reporter with what appeared to be obvious problems to rise so quickly in the paper's ranks.

The Times' first step was to appoint the Siegal committee to investigate newsroom policy.

"Our goal was to find out what happened in that case and then to make recommendations for how to see that that didn't happen again or anything like it," Joann Byrd, former ombudsman for the Washington Post and a member of the Siegal committee, told the News Hour on July 31, 2003.

Over a series of a few months, the committee interviewed Times staffers at all levels of the organization. They found what they called "a series of management and operation breakdowns" and "a stunning lack of communication within the newsroom."

The committee made several recommendations, many of which have since been instituted at the paper, including the appointment of a public editor to encourage access to the paper and to monitor viewer complaints about the paper's performance.

"The Siegal committee believes, and I agree, that we can profit from the scrutiny of an independent reader representative," executive editor Bill Keller wrote in response to the committee's recommendation. "A pair of professional eyes, familiar with us but independent of the day-to-day production of the paper, can make us more sensitive on matters of fairness and accuracy, and enhance our credibility."

The appointment of the ombudsman-like role marked a major shift in decades-old New York Times policy.

"The New York Times had a firmly entrenched, almost bitter opposition to the appointment of an ombudsman, and we turned around on that," Siegal told the Online News Hour.

Former Life magazine editor Daniel Okrent, who was hired as the paper's first public editor, said he has received 45,000 to 50,000 reader e-mails since he took the position in October 2003 -- "everything from I got ink on my thumb to how can your paper publish these lies and every stop in between."

Since his appointment, the paper has made two clear policy changes, Okrent, whose term ends in May, told the Online News Hour. There is now a corrections policy for Op-Ed columnists that did not previously exist, and corrections on substantive issues have been separated from spelling corrections.

In addition to the public editor, The Times also brought on a masthead-level editor to oversee hiring and staff development and an editor in charge of standards such as the use of unidentified sources.

"The paper has no written or shared guidelines on when to require multiple sources, and how many, or when reporters must disclose the identity of their sources to editors before publication," the committee wrote.

"Practices vary across the newsroom, and our enforcement of existing principles is surprisingly lax."

According to Siegal, the paper has also made basic changes at the newsroom level.

Department heads are now required to meet weekly and to send representatives to masthead-level meetings, managers are required to attend a "basic training" management skills workshop and employees are given ethics training, he said.

"We now also have a rule, and it's an honest-to-god rule, that you can't transfer someone without first writing an evaluation," Siegal said.

Siegal said The Times also is preparing to convene a committee on credibility, a brainchild of new executive editor Keller.

Since the Blair scandal, The New York Times also has revised its newsroom ethics manual, "A Handbook of Values and Practices for the News and Editorial Departments," and has hired a company to verify background information given by applicants to the paper, according to the Siegal report.

Fallout From The Internal Review

Soon after the Blair scandal broke, The New York Times held a staff meeting on May 14 during which, according to insiders, employees, including reporters and editors, vented their criticism of the paper's management style.

At the meeting, Raines, on whom much of the staff placed blame for Blair's meteoric rise, spoke candidly to staffers.

"You view me as inaccessible and arrogant," Raines said. "You believe the newsroom is too hierarchical, that my ideas get acted on and others get ignored. I heard that you were convinced there's a star system that singles out my favorites for elevation," he said, according to The Washington Post.

Within a month Raines would be gone.

"This is a day that breaks my heart," Times publisher Arthur Sulzberger told staffers on the day Raines and Times managing editor Gerald Boyd resigned, the Associated Press reported.

Sulzberger later issued a statement saying Raines and Boyd had decided to resign on their own volition.

"Given the events of the last month," he wrote, "Howell and Gerald concluded that it was best for The Times that they step down. With great sadness, I agreed with their decision."

"I know that Arthur had a close relationship, especially with Howell, but also with Gerald Boyd, and I know that his impulse was to support them and back them as they tried to find their way out of the morass that Jayson Blair had seemed to put them in," Alex Jones, director of the Shorenstein Center at Harvard's Kennedy School of Government, told the News Hour on June 5, 2003.

According to Siegal, Raines' departure may help bring the Blair chapter of The Times history to a close.

"Every time we get a letter from anybody who's unhappy about anything we did ... invariably the name Jayson Blair appears in the first paragraph and the name Howell Raines appears in the next paragraph," he said.

"I think their departure made it possible for us to reorganize ourselves internally. That, in the long run, will make us believable externally," Siegal said.