Inflation In Argentina – What The World Needs To Know 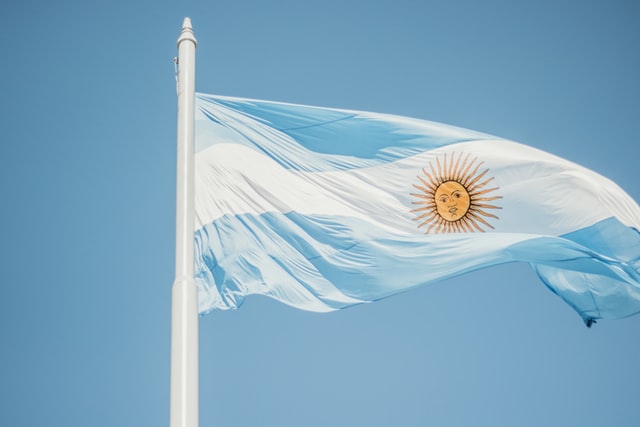 The variety of captivating stories about Eva “Evita” Peron and the enduring allure of tango, not to mention the magnificent natural landscapes, can't eclipse the inflation in Argentina.

This South American nation – the second-largest one in this continent after Brazil and the world’s eighth largest – has been dealing with inflation since 1975.

With an area that's 2.8 million square kilometers wide, Argentina teems with agricultural and natural resources, according to the World Bank. It’s also rich in energy resources and is deemed to be a promising source of renewable energy.

Together with Argentina’s “extraordinary fertile lands” and “gas and lithium reserve,” as stated by the World Bank, it’s baffling why this predominantly Roman Catholic state suffers from a cycle of inflation.

The inflation in Argentina has long been a problem, and the COVID-19 pandemic has further burdened the citizens. 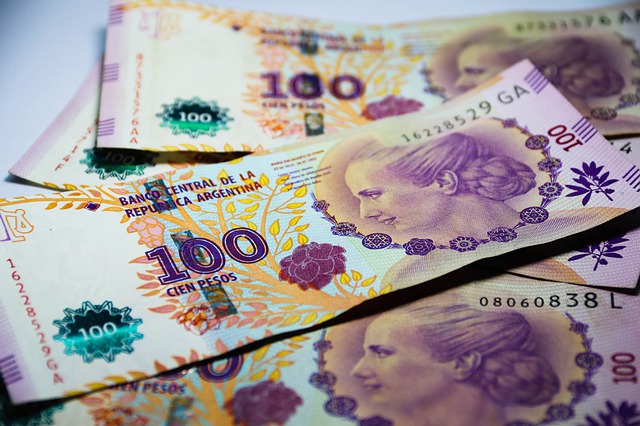 The New Year always brings with it the promise of a new beginning, but the recent rise in inflation in Argentina marked a gloomy start for the country.

As a matter of fact, even before 2022 unfolded, Argentina's economy for the incoming year received a bleak forecast as early as November 2021, according to S&P Global.

Argentine think tank Fundación de Investigaciones Económicas Latinoamericanas (Foundation for Economic Research on Latin America) or FIEL hosted an event, where economists predicted that in 2022, the country’s inflation rate would soar beyond 60%.

S&P Global quoted Daniel Artana, FIEL’s chief economist, as saying that the “'very favorable external conditions'” that benefited Argentina in 2021 will no longer be present come 2022.

Artana said that the government should do “some kind of adjustment” to make the country’s “macroeconomic variables” become “sustainable.”

Buenos Aires (BA) Times reported this month that the government estimated that the rate of inflation in Argentina would be 33% for 2022. Both experts and opposition legislators called it an “'unrealistic'” projection.

What’s realistic was the outcome of a survey conducted by Argentina’s central bank, where the respondents were different financial institutions. Based on the survey result, for the next 12 months, the country will experience a 55% price increase.

In 2021, price increases happened in these areas: food, transportation, and hotels and restaurants. 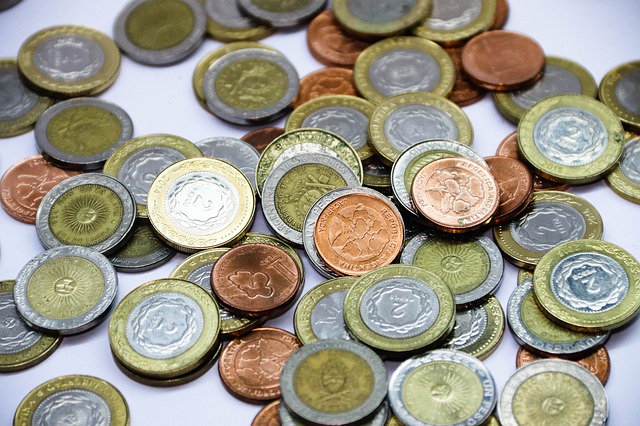 No less than Maria Eugenia Vidal, the former Buenos Aires governor, described the inflation in Argentina as a “chronic problem,” quoted BA Times.

Inflation hit Argentina in 1975, according to Citeco, and a debt crisis in the 1980s triggered its rise. From the initial inflation – when the prices of goods and services increase extensively – it became hyperinflation, where the increase in prices could be described as “rapid, excessive, and out-of-control,” according to Investopedia.

Argentina experienced inflation and hyperinflation from 1975 through 1991.

The country faced another major financial crisis in 2018, which caused the value of the Argentine peso to drop significantly, according to Wikipedia, with inflation rate reaching 34.28%, per Statista.

No wonder Bloomberg described Argentines in a 2021 article as “experts in the art of surviving . . . inflation.”

How Does Inflation Affect Argentina? 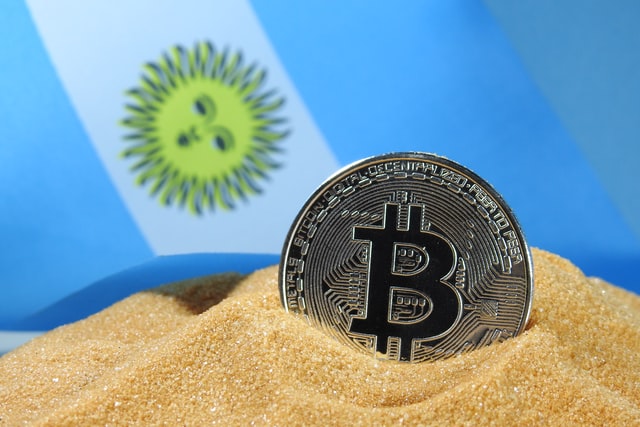 A silver Bitcoin cryptocurrency with Argentina flag in the background

Given the lingering inflation in Argentina, it has already become a “way of life” for the Argentines, according to a 2022 article by The Washington Post.

Inflation affected their way of thinking, their spending habits, and their ways of saving money.

Psychologically, as analysts have observed, the Argentines have developed a certain sense of uncertainty when it comes to choosing what goods to prioritize and what services to avail. As a result, instead of saving some money, they end up overspending.

People hoard goods (remember, in inflation, what your $1 can buy today may not be able to buy anymore by tomorrow).

One male manager, for example, bought shampoo that would last for more than a year. A retired female professional purchased 48 canned tunas.

This is but a glimpse of Argentina’s “'inflationary culture,'” according to business consultant Guillermo Oliveto.

The inflation in Argentina has made installment payments commonplace.

One can even pay for a $3-dollar jar of peanut butter in 12 installments!

A Hacker News user (“orangepurple”) revealed that when he/she was a tourist in Argentina, street vendors would accept U.S. dollar as payment (they’re familiar with the exchange rate).

Another user (“thesausageking”) shared this interesting account: most of the contract developers he/she hired in Argentina requested Bitcoin as payments.

Wiring money to them would incur a 15-30% loss on their part due to different factors, which include, well, the inflation in Argentina.

Why Is Argentina Such A Mess?

Argentina was already in a financial turmoil long before the COVID-19 pandemic, according to The New York Times (NYT).

In 2020, its economy declined by approximately 9.9 percent, said the World Bank, via BA Times.

At the onset of the pandemic, Argentina has sunk deeper along with the value of its currency as foreign investments left the country, said NYT.

As if the inflation and the pandemic are not enough, there’s also the obligation to pay an IMF debt worth $45 billion.

Corporate economist and Argentina’s former Undersecretary of Finance Miguel Kiguel told NYT that the current Fernandez administration seems to have “no plan” to resolve the whole financial crisis.

Kiguel added that it’s difficult to invite foreign businesses to invest in the country because “there is still no trust” in the government.

A “short-term view” and the inability to “invest in new technology” are two factors that should be worked out in the country. That’s how Miguel Harutiunian, CEO of machining manufacturer Edelflex in Buenos Aires, sees it.

For Bloomberg, the “decades of policy missteps” have caused the persistent inflation in Argentina. 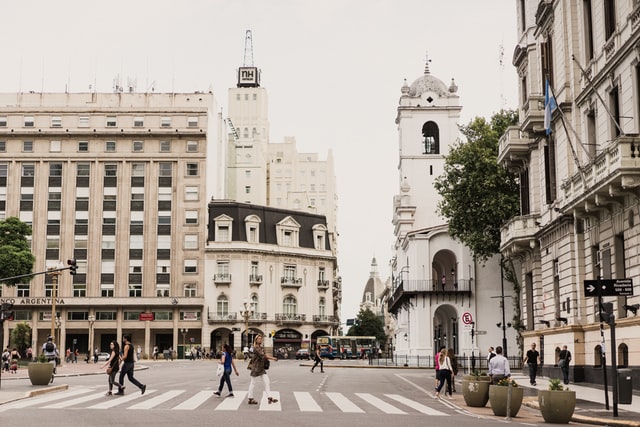 Argentines at a pedestrian crossing in Buenos Aires

Though the grim projections regarding the inflation in Argentina amplify the feeling of misery, there’s a silver lining, so to speak.

Panelists from LatinFocus Consensus (information resource for economies) forecasted a 2.3% economic growth this 2022 and 2.2% in 2023, according to FocusEconomics.

The government must come up with a solid masterplan to deal with the inflation in Argentina – pronto!