5 Industries Likely To Be Transformed by Blockchain 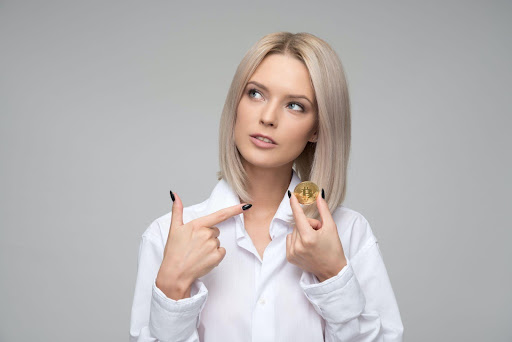 The blockchain enables secure, transparent, and tamper-proof transactions. It is poised to revolutionize a wide range of industries and could potentially have a far-reaching impact on our economy and society. This blog post will explore some of the sectors likely to be transformed by the blockchain soon.

Blockchain is a distributed database that allows for secure, transparent, and tamper-proof transactions. It was first created as the underlying technology behind Bitcoin, but its potential uses are far broader than just digital currencies. Blockchain could be used in various industries to improve transparency and security and could revolutionize how businesses operate.

In the entertainment industry, many companies have struggled to compete with other forms of media such as Netflix and YouTube. This is because they don't have a way to measure their true audience size or how engaged those audiences are. Blockchain could change all of that by providing a way for people to earn money from the content they produce and consume by giving them an accurate measurement of how much time was spent watching a video.

This would be beneficial for creators and advertisers who want to understand where their target demographics spend most of their time to advertise effectively on these platforms.

Blockchain will revolutionize the financial services industry as its encrypted ledger system can be used to securely track transactions between two parties without the need for a central authority, like a bank or government. Blockchain technology has enormous potential because it can solve many of today's most pressing problems in finance and economics, such as fraud prevention, cutting costs, and improving security.

Blockchain could reduce trading settlement times from days to hours while simultaneously reducing overhead costs by eliminating labor-intensive reconciliation processes on both sides of trades. This means investors are more likely to get their money faster if they make trades through blockchain exchanges instead of traditional brokerages or exchanges which are still using current infrastructures with outdated technologies.

Imagine planning and booking a vacation entirely on your phone without ever having to speak to a human being. Sounds like a dream come true, right? Well, that's the promise of blockchain technology. Experts believe it could completely transform the travel industry by making it easier and faster to book trips, find deals, and communicate with airlines and hotels. So far, several startups have begun experimenting with blockchain-based travel platforms. Could this be the future of how we vacation? Only time will tell.

Blockchain technology is a breakthrough that could revolutionize the retail industry. The blockchain has three main benefits for retailers: it can improve supply chain transparency, decrease product counterfeiting, and simplify cross-border transactions.

Blockchain technology creates a decentralized database of all transactions involving an asset or property from its origin to the current owner. In this way, it’s possible to create a complete history of an asset without relying on any centralized authority like a bank or government agency as the middleman. This means hackers can exploit no single point of failure if they want access to sensitive data about your assets or properties.

Healthcare providers are among those who have recognized blockchain's advantages and begun implementing it in their workflows. Blockchain-based solutions offer unprecedented transparency, security, and audibility by design; they provide new ways for clinicians to connect and give patients ownership over their data. The blockchain would also allow doctors access to their patients' information at any time while still ensuring privacy for each patient.

Blockchain technology is likely to have a significant impact on the future of many industries. It will be interesting to see how it develops and what other sectors may be impacted as well. If you want to experience how blockchain and cryptocurrencies work, try the bitcoin aussie system.