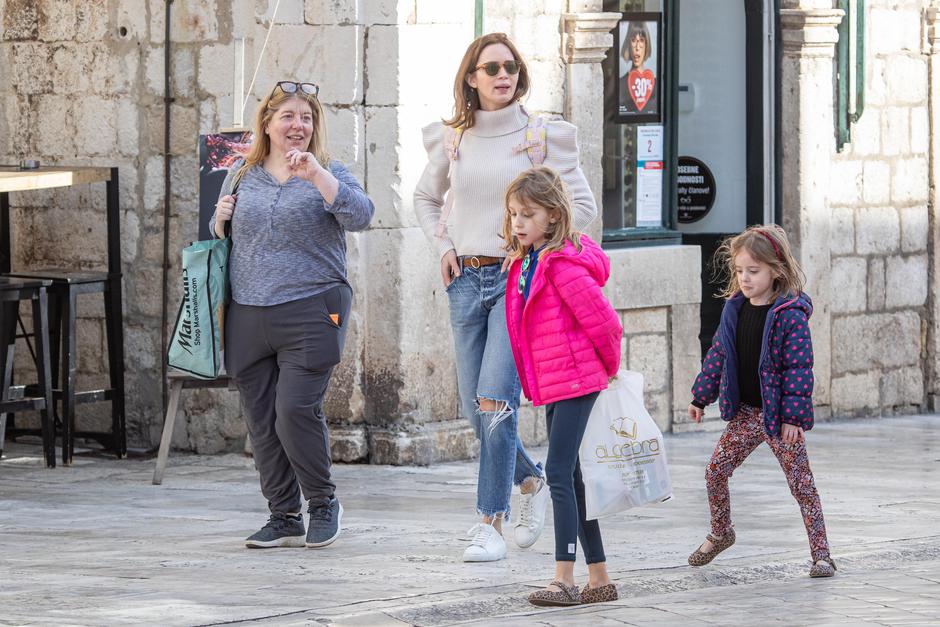 Hazel Krasinski is a famous celebrity kid in America. She is the first child of Emily Blunt and John Krasinski. Her parents are one of the most well-known celebrities in Hollywood.

Since Hazel is the daughter of two famous actors, people are interested in learning more about her lifestyle and whether or not she intends to pursue a similar professional path to her parents.

In addition, many individuals have questioned whether John Krasinski's daughter is deaf. Let's learn everything there is to know about her!

Who Is Hazel Krasinski?

Hazel, the child of John and Emily, was born on February 16, 2014. John revealed his daughter's birth on Twitter, despite the fact that the couple has been notably quiet about their family since welcoming their first child.

"Wanted to let the news out directly. Emily and I are so incredibly happy to welcome our daughter Hazel into the world today! Happy b-day!" He shared on Twitter.

In May 2014, John did publish a rare image of Hazel on social media. He stated again, "Pics of kids should only come direct from parents," to emphasize his desire to maintain his family's privacy.

He hasn't posted any other images of his girls on social media since that time. Even worse, Emily has no social media presence.

John did admit on The Ellen DeGeneres Show in February 2020 that Hazel had already begun making jokes like her well-known parents. John made the decision to construct a photo wall to commemorate his and Emily's ten-year wedding anniversary.

Hazel provided her amusing opinion as he was setting up the frames with the temporary stock photographs in them.

John recalled, "Hazel literally leaned on my shoulder and she went, ‘So good. Don’t you think you should put pictures of us up?’"

“It was all the fake families in the frames! It was amazing. I think she was genuinely concerned that I was losing my mind,” he added.

John and Emily have frequently expressed their desire to keep their girls' knowledge of their fame to themselves.

Emily said she would be "thrilled" if her girls continued to be "oblivious" about the couple's reputation in Hollywood in an interview with The Sunday Times in May 2021.

Naturally, Hazel's interest with her parent's being celebrities has grown with time.

“It’s a strange thing to navigate, you know. [She] came home the other day and we were in the kitchen and she goes, ‘Are you famous?'” Emily said in an interview.

While speaking with Marie Claire in February 2021, Emily shared rare information on her young daughters, Hazel and Violet, despite keeping them out of the spotlight.

The Sicario actress admitted she teaches her daughters empathy.

She told the site, “I encourage empathy in my kids and embracing differences and not being scared of them, or teasing people for them, you know? Making mistakes, or feeling like you have something that causes you to make mistakes, is a good thing. It’s how you learn, and it’s how you grow.”

How Rich Is Hazel Krasinski?

Hazel Krasinski's career is still in the early stages because she isn't even a child actor, which is typical for children of such parents. She continues to benefit from her renowned parents' wealth. 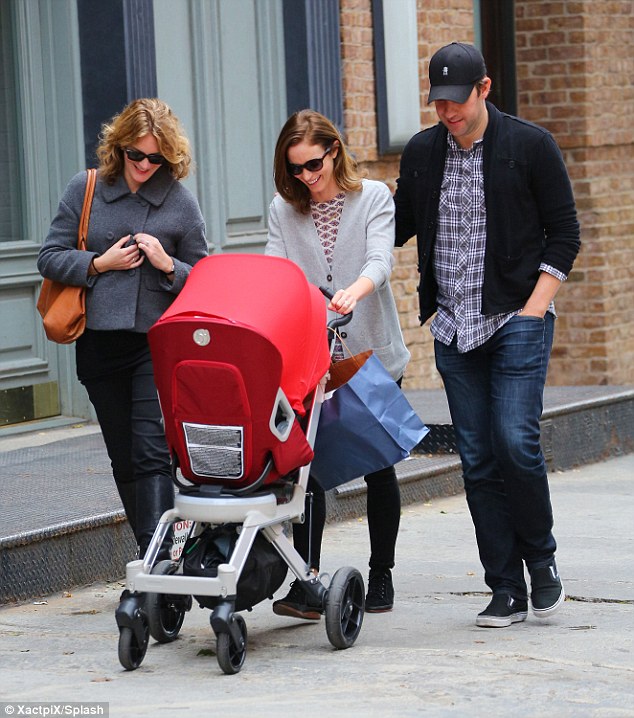 Emily Blunt, John Krasinski, and a relative is looking down at baby Hazel in the stroller while walking down the street

Emily Blunt is thought to have an astounding net worth of over $35 million, while John Krasinski has amassed a total net worth believed to be over $30 million throughout the course of his illustrious career.

A 5000 square foot home in Brooklyn, New York City, valued at over $15 million is also included in their net worth.

The British-American actress's estimated net worth is $35 million, but given her stellar reputation as an actress, that sum is set to increase significantly. Due to her history of significant box office achievements, the star appears to draw audiences. None more so than the $370.5 million+ grossing 2014 film Edge of Tomorrow.

The American comedy "The Devil Wears Prada" followed closely behind, earning $326.7 million, and A Quiet Place wasn't far behind with $350.3 million worldwide. According to rumors, Emily Blunt's compensation for her involvement in A Quiet Place 2 alone ranged from $12 to $13 million. She now ranks among the highest-paid Hollywood actors.

Meanwhile, following his tenure on The Office, John Krasinski went on to star in and direct The Quiet Place and its follow-up in addition to taking the lead in Jack Ryan on Amazon Prime.

Regarding his Office pay, it is said that Krasinski earned a pitiful $20,000 per episode during the first three seasons of the sitcom, along with other supporting actors.

Krasinski, however, received a raise of $100,000 per episode by season 4, which would have brought in about $2.8 million per season at the show's conclusion.

How Much Does Emily Blunt Make Per Film?

According to a rumor from Variety, Blunt will receive between $8 million and $10 million for her role as Dwayne "The Rock" Johnson's co-star in the family-friendly film. Her compensation for the movie is also said to be less than half of the $22 million that Johnson is said to have agreed to.

In the horror sequel, Blunt reportedly made between $12 and $13 million for her part, in addition to her husband's earnings as the film's director.

According to a May 2021 story, Blunt and Krasinski were jointly requesting more money from Quiet Place studio Paramount for the movie, which reportedly made $291 million worldwide on a $60 million budget.

The pair asserts that the success of the film in cinemas affected their overall revenues, but they also claim that Paramount cut the film's theatrical run from 90 to 45 days before releasing it on streaming and on-demand services.

Blunt's breakthrough performance as Emily in The Devil Wears Prada came in 2006. With a $35 million budget, the movie made $327 million in box office revenue. For the part, Blunt received a BAFTA nomination and the Golden Globe for Best Supporting Actress. She then rose to fame and became well-known. Blunt acknowledged that she came dangerously close to losing the audition for the role of Miranda Priestley, Meryl Streep's ultra-stylish right-hand lady.

Blunt claimed that her life transformed practically overnight as a result of The Devil Wears Prada. In 2016, Blunt remarked to Variety that "it was a night and day change."

The day the movie came out, all the people in the bakery suddenly knew who I was. It was surreal.

She told Parade that although she was instantly recognized, not everyone could place her instantly, “It’s not like people say, ‘Oh, my gosh, are you Emily Blunt?’ It’s more like, ‘Are you the girl in The Devil Wears Prada?’ I’m defined by it. And that’s okay.”

An educated estimation regarding Blunt's compensation on Prada would place it in the mid - to upper-six digits. This is due to the rumor that Anne Hathaway, who starred alongside Meryl Streep, made a cool $1 million (her first seven-figure salary!) for the role of Andy Sachs.

The public is interested in learning if John Krasinski's daughter, Hazel Krasinski, is deaf. She is entirely healthy in every way.

The rumors that Hazel was deaf began to spread in the media after American actress, Millicent Simmonds, who is deaf, portrayed her character in the film A Quiet Place.

Who Is John Krasinski's Daughter?

How Much Money Did John Krasinski Make From The Office?

What Is The Combined Net Worth Of Emily Blunt And John Krasinski?

Their combined net worth is over $65 million.

Hazel adores her parents and she is very close to them. John and Emily want to protect their children from the craziness of media so they are keeping their family life as private as possible.