Everything You Need to Know About Andy Hubbard, Stephanie Ruhle's Husband 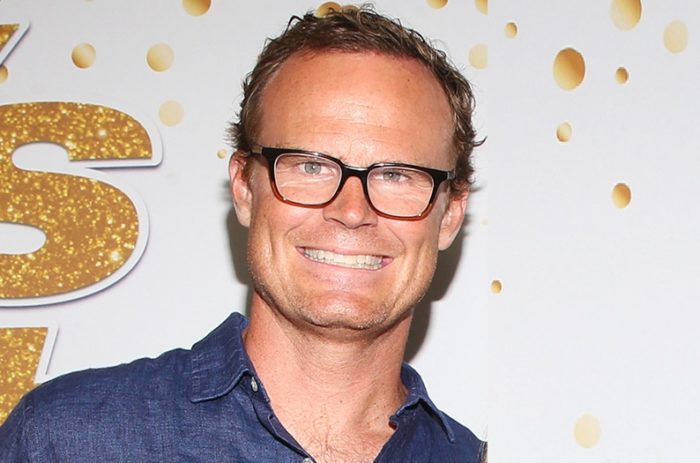 There’s something interesting and common about most couples, especially one where while one partner is famous and always in the public eyes, the other prefers a quiet life, far from the public, and yet still in it. One of the couples who exemplifies this is Stephanie Ruhle and her husband, Andy Hubbard. Although Stephanie’s popularity on TV has not really overshadowed Andy Hubbard’s shining light as he quietly rose to remarkable success on his own, it can be said that we see more of her than we do him. The couple started like every normal couple before Stephanie’s rise to fame, today they are both successful.

Who Is Andy Hubbard?

Andy Hubbard is a well-known businessman and engineer in the US. The 48-year-old holds American citizenship and began to fall under media scrutiny and attention after his marriage to Stephanie Ruhle, a famous NBC News Senior Business correspondent and anchor of MSNBC. Before her time at NBC, Stephanie had served in Bloomberg Television as managing director and news anchor, and also as an editor-at-large for Bloomberg News.

Andy Hubbard is a proven businessman and a successful person. He has created a remarkable portfolio for himself in the finance sector despite his wife making the headlines always. He is, however, a very private person. Even so, his success speaks for him.

Andy was born in 1973 to Andrew Lewis Hubbard. The exact date of his birth remains unknown to the public as he tries to maintain a private life. Along with his exact birth date, details about his parents or place of birth are also unknown. He grew up with his younger brother, Jesse as they were raised by their parents.

Andy attended the Princeton University where he bagged a Bachelor of Science degree in Aerospace and Mechanical Engineering, in 1995. His brother, Jesse also attended the same university.

Andy began his career in 1997 when he started working with the Credit Suisse Bank. He worked in the bank’s finance sector where he served briefly as an associate manager. He was eventually promoted to a derivatives marketer. He left his job at the bank around 2000.

He remained in the finance sector, however, as he worked with Kiodex, an online risk management system for traders, managers, and investors and soon rose to the ranks of director of product development. In 2003, Andy, deciding to find greater success somewhere else, quit his job again. By this time, one of the biggest banks in Germany and the world, Deutsche Bank, offered him a job. The multinational bank currently holds the record of the 15th largest bank in the world by assets owned. There, Andy served as the vice president of their equity derivative property sector. Quite impressive, right?

A year later, Andy Hubbard left his job at Deutsche Bank and was back where it all began for him, Credit Sussie bank. He worked as the bank’s Chief of US Structured Credit Derivatives Trading. He stayed on for a couple of years before making a switch to a private hedge fund institution called UBS O’Connor. He has remained with them to date and has recently risen to the ranks of managing director.

It is safe to say that all of these jobs have brought him lots of experience in finance. In 2018, Andy spread his business touch as he also became Co-CEO of a tech company called HausMart. The company created an e-commerce app where users can buy and sell anything from their smartphones. An online marketplace.

It is worth noting that Andy didn’t look much in the direction of engineering during his successful career as he ceaselessly developed his knowledge in financial business practices only.

In 1998, while at Credit Sussie, Andy met a work colleague Stephanie Ruhle and they began dating shortly. Stephanie Ruhle, who is popularly known for her fledgling career in TV, worked at the finance sector of the bank as Andy before eventually switching to journalism. She is currently a Senior Business correspondent and anchor with MSNBC. 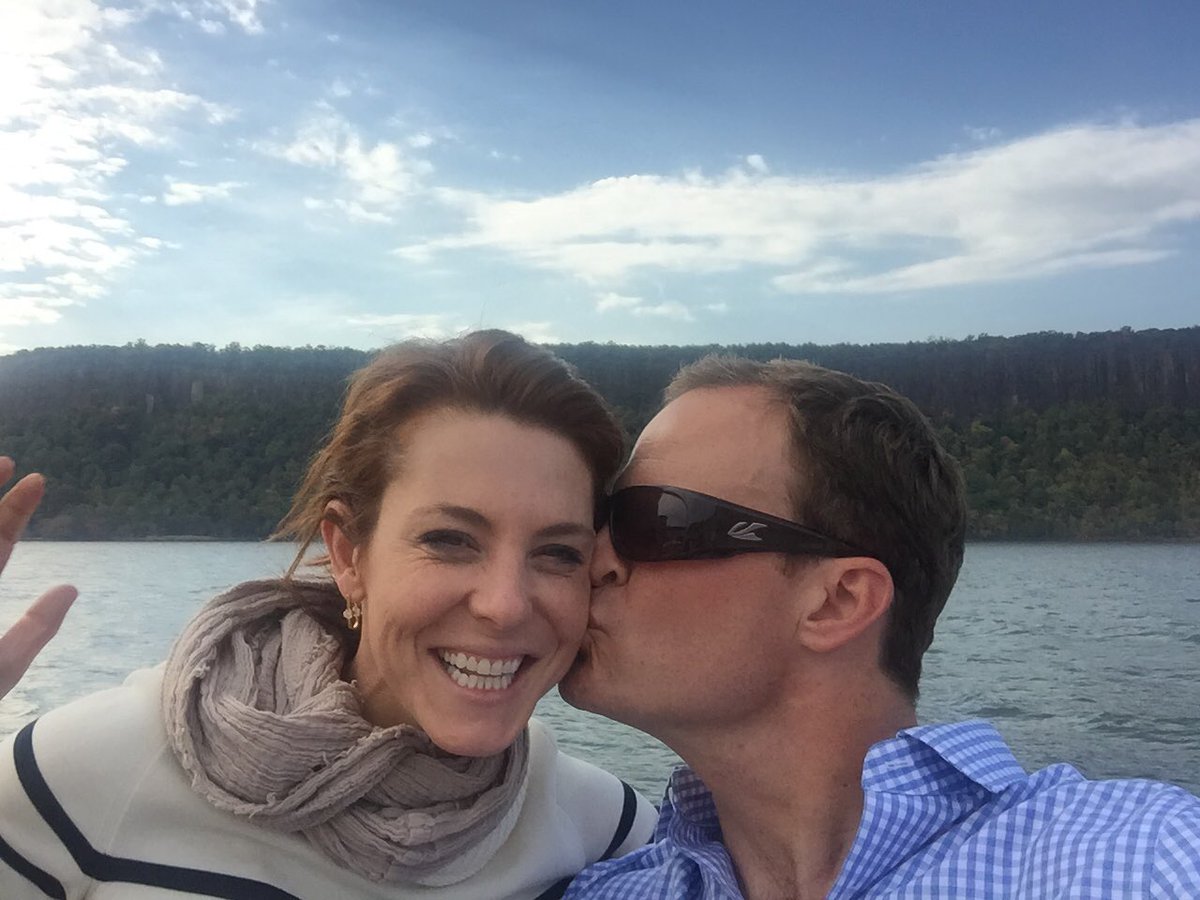 Stephanie Ruhle grew up in Park Ridge, where she was raised by both her father and mother - Frank and Louise. She attended Lehigh University where she graduated in 1997 with a bachelor’s degree in International Business.

She also studied in Kenya, Italy, and Guatemala. But it was during her senior year that she began her career in the finance proper, when she worked briefly as an intern at the Merrill Lynch investing and management division of Bank of America. It was after graduation that she joined Credit Sussie where she met Andy Hubbard, the love of her life.

The two lovebirds would later tie the knot in 2002. Their union was later dubbed Wall Street’s Hottest Power Couples in 2012, by both Business Insider financial and Business news websites.

After 14 years of prosperity in the finance sector, Stephanie made a bold move to journalism. She began her career as a journalist in October 2011, having joined Bloomberg Television where she hosted the “Inside Track” morning show. She later switched to being a freelance reporter when she left Bloomberg a year later. She covered the London whale story where she was one of the three reporters to break the story. 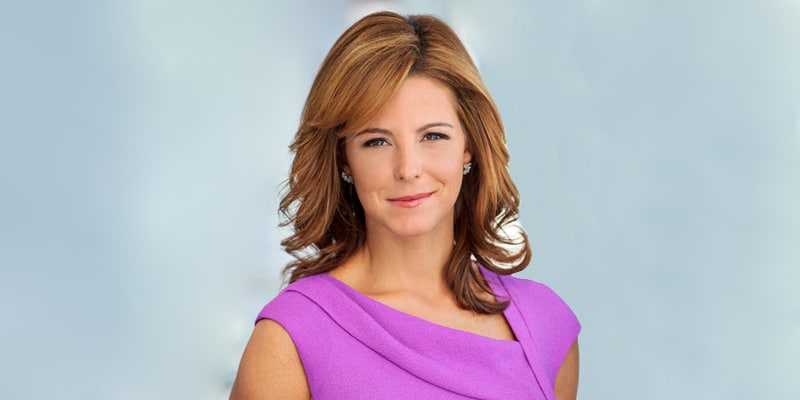 In 2015, Stephanie started a documentary that focused on Haiti’s market conditions after the earthquake that hit them five years before. She was the host of her show - “Haiti: Open for Business?”. Her career with MSNBC started in 2016 when she joined the network. The rest, they say, is history.

She also works for Shape.com as a columnist for their “Shape” magazine. In 2012, she was featured on the cover of “Working Mother” magazine.

Stephanie has also founded the Corporate Investment Bank (CIB) Women's Network. No wonder she is so famous.

Andy Hubbard is happily married to Stephanie Ruhle. The couple is blessed with three beautiful kids - Reese, Drew, and Harrison. 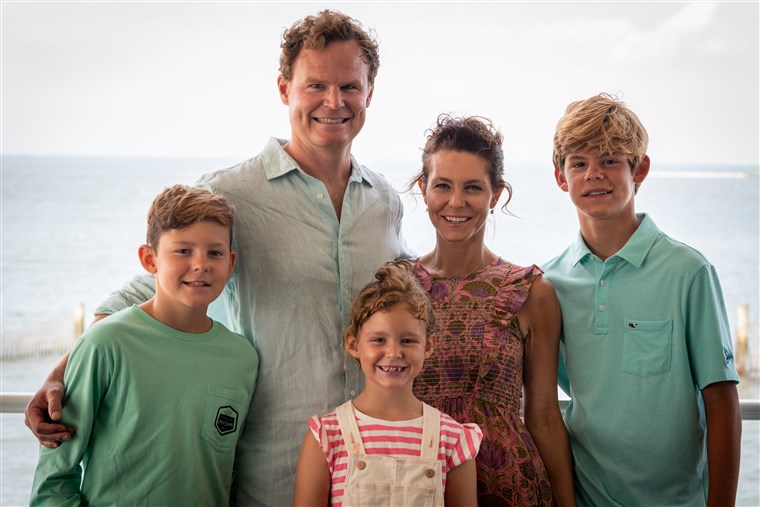 The couple, together with their kids, live in their home in the Upper East Side of Manhattan in New York City in a four-story mansion believed to be worth $7.5 million. They had previously lived in Tribeca for years, where they eventually sold the house for $5.2 million.

It is believed that the businessman has an estimated net worth of $2 million. He made most of the money during his career in finance and part from the technology-based company. Stephanie, his wife, has an even bigger net worth, estimated to be about $5 million.

Andy enjoys traveling most and he has been to many places around the US. He has also visited and worked in European countries such as Germany and Switzerland.

He also loves sports. A testament to his high school days where, like his father, played as a lacrosse midfielder. He also played on the college team. He has remained in the sport since. Jesse, like his older brother, played for the lacrosse team as well as inducted into the Lacrosse Hall of Fame. Sporting is indeed a family thing for them.

Andy is a big fan of rock music with his favorite bands being AC/DC and Guns ‘n’ Roses. He has also attended numerous concerts around New York with his wife.

Even though Andy loves to keep a low profile, he has been a little active on social media. He can be reached via his Twitter or LinkedIn handle. His wife, on the other hand, has been more active than he where she often shares some of the family pictures.