CBD For Schizophrenia As A New Class Of Adjunctive Treatment 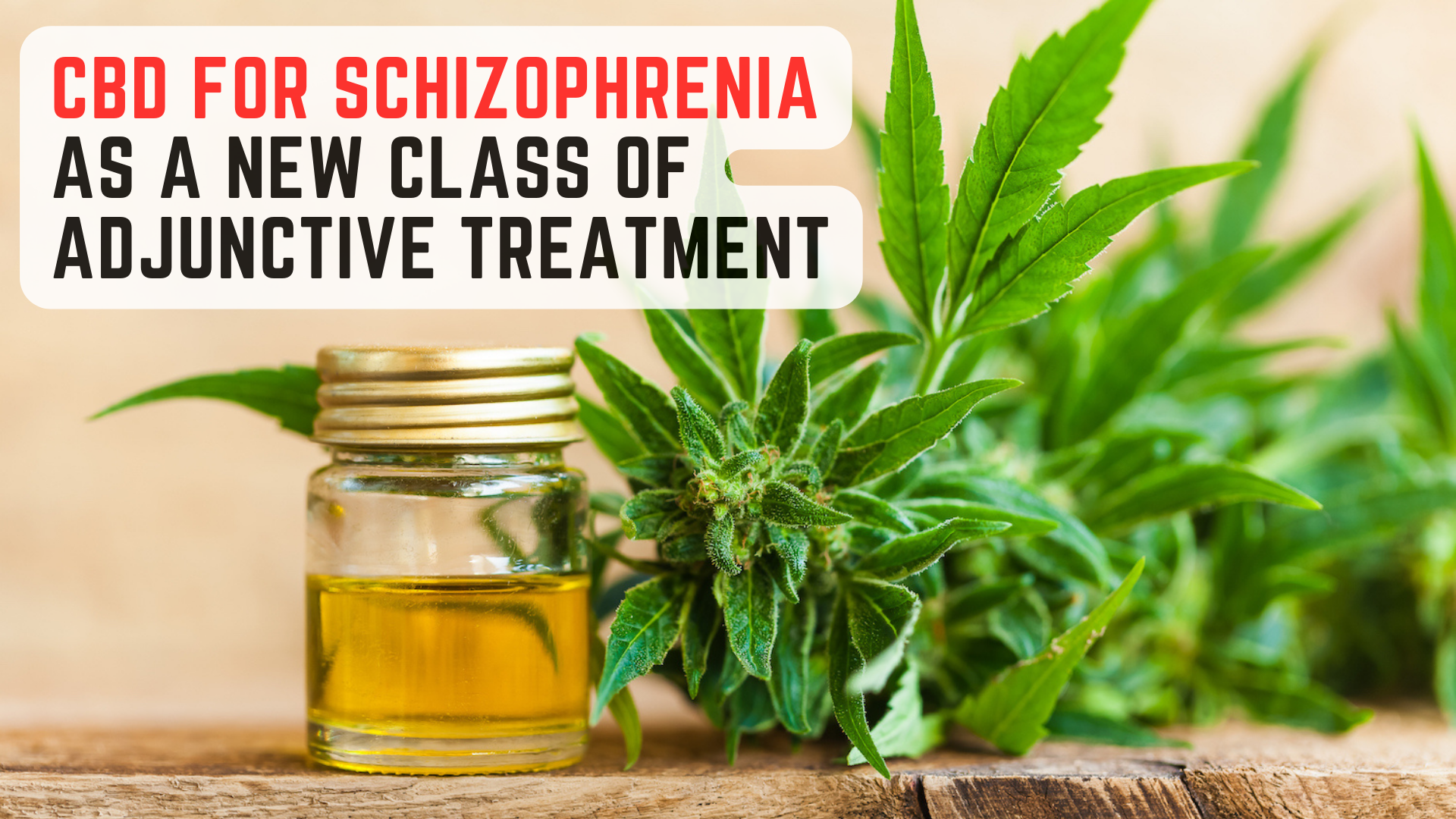 Researchers are eager to learn more about the potential health benefits of CBD.

So far, research suggests that it may help with pain, anxiety, and epilepsy.

However, much remains unknown about CBD for schizophrenia, which may be considered a new class of adjunctive treatment.

Schizophrenia is a severe mental illness that affects a person's sense of reality and can result in symptoms such as delusions, hallucinations, and disorganized thinking.

In this article, we will discuss how CBD may potentially treat Schizophrenia.

An Overview Of Schizophrenia 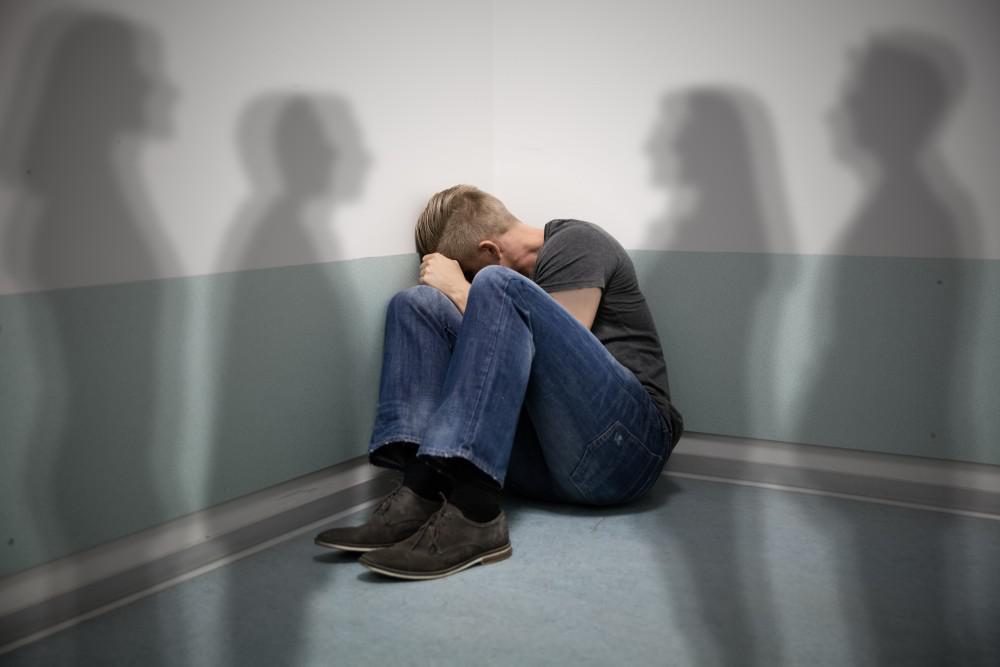 A person sitting on the ground with some shadows around him

Before we get into how CBD can help people with schizophrenia, it's important to understand the scope of the disease.

Schizophrenia is chronic, and in many cases permanently disabling, mental disorder that affects approximately 1% of the global population.

According to the World Health Organization, more than 26.3 million people are affected by the disease, 16.7 million are disabled, and it is responsible for 30.000 fatalities each year, half of which occur in South East Asia.

Schizophrenia is distinguished by psychotic episodes interspersed with periods of emotional blunting and stupor.

Positive symptoms are those that occur during psychotic episodes and include impaired mental activity, delirium that consists of false beliefs and is frequently accompanied by paranoia, and hallucinations.

Anxiety, depression, and excessive activity, such as constant movement and agitation, accompany these symptoms.

Blunted emotions, a decrease in the frequency of speech, a deterioration in the ability to plan, start, or continue any activity, and a reduction in the perception of positive emotions or interest are all negative symptoms of schizophrenia.

These symptoms can cause significant difficulties in social interactions and daily life.

CBD For Schizophrenia And Psychosis: A Safer Approach?

Despite the fact that cannabis has a bad reputation when it comes to psychotic diseases.

According to new research, the plant has been misunderstood.

CBD has been shown in studies to slow the progression of psychosis and to prevent it.

Early studies discovered that schizophrenics had high levels of anandamide (an endogenous neurotransmitter that operates on the same receptor as THC).

This raises the possibility that it is a contributing factor to the condition.

Because research into the best CBD oil for psychosis is still ongoing, there is no scientific consensus.

However, there is some evidence that CBD may help treat neurological conditions like schizophrenia and Parkinson's disease.

CBD appears to provide antipsychotic relief by increasing anandamide levels, an endogenous cannabinoid compound that acts on the same brain receptors as THC.

The first CBD schizophrenia clinical trials were carried out in 1995. A 19-year-old female was the study's subject.

For four weeks, the researchers gave her 1,500 milligrams of CBD every day. They discovered that it alleviated her acute psychotic symptoms.

Later, in 2006, a study looked at the effects of CBD on three people suffering from schizophrenia.

Only one of them reported improvement in symptoms after using CBD.

It discovered that there is some evidence that CBD can be used as an antipsychotic, but that more research is needed, particularly trials designed in the manner suggested by regulators in schizophrenia.

How Does CBD Work For Schizophrenia? 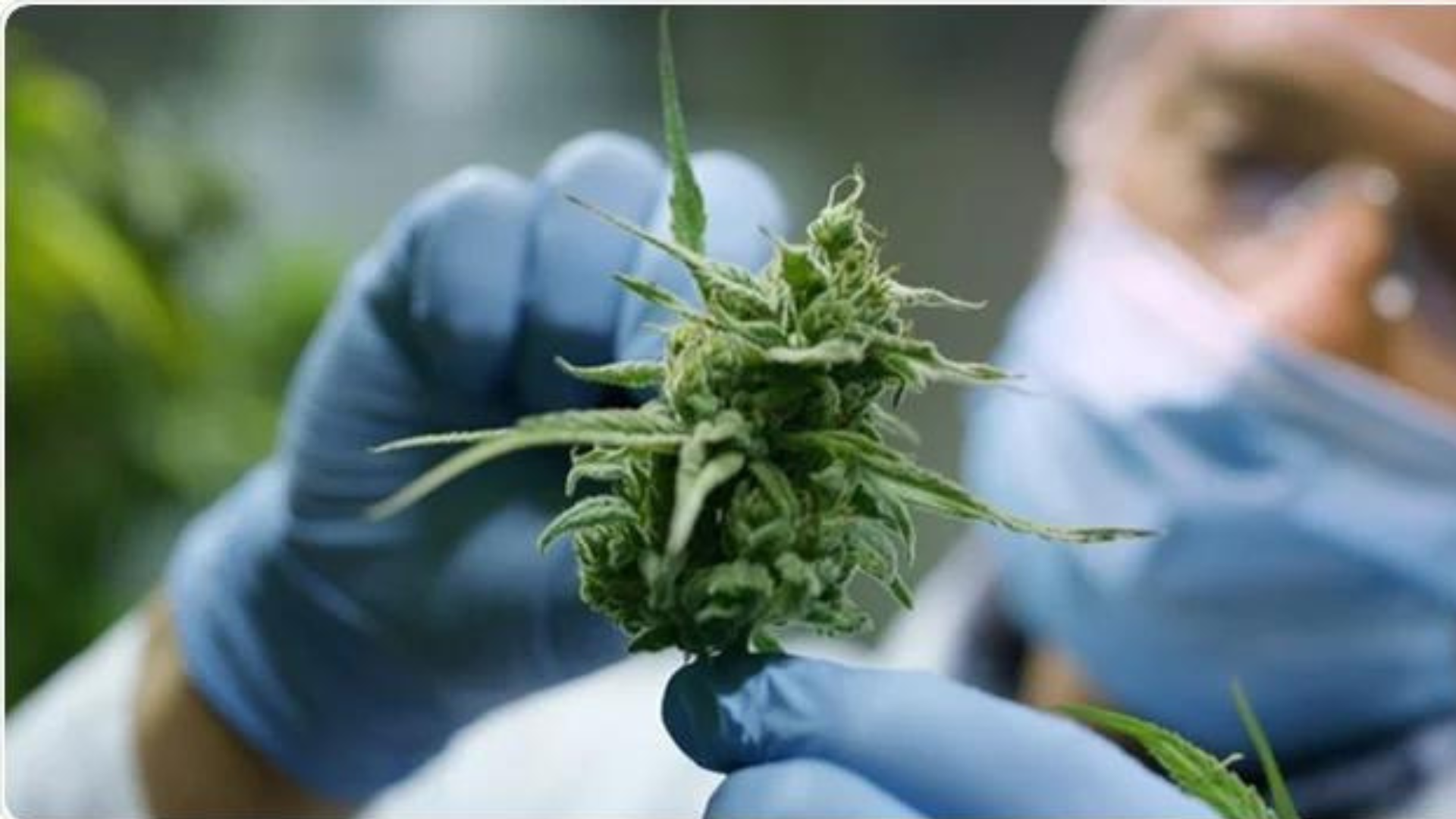 A person examining the cannabis plant

Despite the fact that several epidemiological and clinical studies have validated CBD's antipsychotic properties, the mechanism underlying these properties remains unknown.

Unlike other antipsychotics, CBD has no direct effect on dopaminergic neurons. CBD does not bind to cannabinoid receptors, whereas THC does.

CBD, on the other hand, inhibits the metabolizing enzyme fatty acid amide hydrolase, increasing the levels of anandamide, one of the primary endocannabinoids in CSF.

This could imply that CBD, by increasing endogenous anandamide levels, could act as a mediator in the treatment of psychosis.

However, clinical results regarding CBD's efficacy in treating schizophrenia and psychotic episodes differ.

They could be caused by different CBD doses, stages of psychosis, or the condition's heterogeneity.

How To Take CBD For Schizophrenia

Patients should work with a health care provider who has experience recommending CBD or medicinal cannabis to develop and refine dosage and delivery strategies.

Simultaneously, well-informed patients can serve as their own health consultants.

Always start with a microdose to test sensitivity, then gradually increase your dosage within the dosing range based on your body weight until symptoms go away.

To ensure minimal psychoactive effects, patients with schizophrenia should gradually titrate up to a goal range between a standard and macro dose.

CBD:THC ratios of at least 20:1 are strongly recommended for this condition.

THC in small doses can frequently exacerbate the problem.

AC/DC has been shown to help people suffering from schizophrenia.

The Risks Of CBD For Schizophrenia

There is no evidence that CBD causes schizophrenia.

To accomplish this, the cannabinoid would have to cause intoxication, increased anxiety, and paranoia in the dose-response pattern.

CBD has been shown to reduce anxiety, help with PTSD and addiction symptoms, and improve people's stress response.

CBD has a balancing effect on the nervous system, reducing hyperactivity and increasing neurotransmitter hypoactivity when needed.

CBD is a completely safe substance. Doses as high as 1,500 mg daily have been tested in studies with no harmful side effects.

That being said, there are a few mild reactions you may experience when you take too much CBD at a time:

There is also a risk of CBD-drug interactions, so if you want to avoid them, consult your doctor before purchasing CBD oil.

The CBD-schizophrenia relationship refers to how THC affects the brain.

Clinical trials on CBD and schizophrenia have yielded conflicting results, most likely due to dosage differences.

If you're thinking about using CBD oil to alleviate the symptoms of your condition, talk to a holistic psychiatrist who understands CBD and cannabis in general.

This will assist you in determining an effective dosage and avoiding negative CBD-drug interactions.

There is no evidence that CBD worsens the symptoms of schizophrenia. THC, on the other hand, may have a negative impact on schizophrenia symptoms.

How Much CBD Is Needed For Schizophrenia?

The data from all three studies in schizophrenia patients suggest that the dose range used to reduce psychotic symptoms (likely between 800 and 1000 mg/d), but not cognitive symptoms, should be higher than that used to induce anxiolytic effects (200 to 400 mg/d).

Which CBD Oil Is Best For Schizophrenia?

Epidiolex, the first cannabis plant-derived medication, was approved by the FDA.

It contains pure CBD and is recommended for seizures that are resistant to treatment.

However, doctors may prescribe Epidiolex for conditions other than schizophrenia.

In conclusion, because of its therapeutic effects on psychotic symptoms, CBD for schizophrenia can be a great treatment.

It may also play a role in preventing or treating cannabis-induced psychosis in people who are vulnerable to high-THC strains.

If you want to use CBD, you should first consult with your doctor.

If CBD isn't an option for you, keep in mind that there are other treatments for schizophrenia available, such as antipsychotic medications and talk therapy.

Certain self-care practices and surrounding yourself with supportive people may also be beneficial.