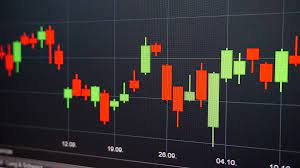 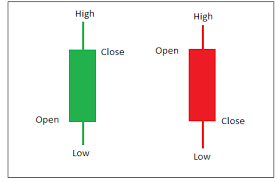 A red and green candlestick with the labels "high," "low," "close" and "open."