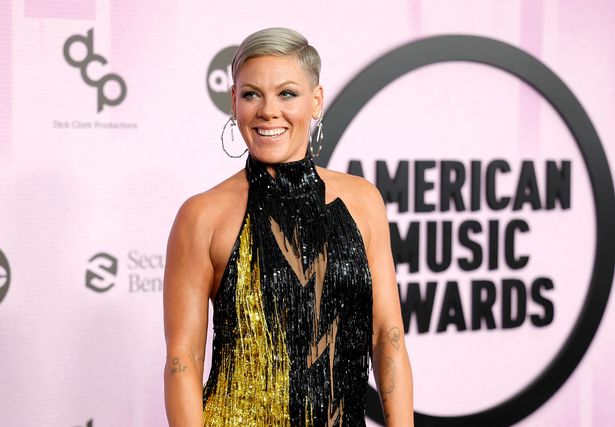 The 2022 American Music Awards, expertly hosted by Wayne Brady, saw Taylor Swift win all six of her categories, extending her record as the most-awarded artist in AMA history.

Like what else do you expect from an artist who is too damn popular for Ticketmaster to handle?. Swift now has 40 AMA wins in the show's 50-year history, surpassing three late icons: Michael Jackson (26 wins), Whitney Houston (22) and Kenny Rogers (19).

Despite the celebratory tone of the evening, the broadcast from Los Angeles' Microsoft Theater on Sunday night (Nov. 20) came less than 24 hours after a gunman opened fire at a gay nightclub in Colorado Springs, Colo., killing five people and injuring at least 25 others.

Host Brady, performer/new artist of the year winner Dove Cameron, and presenter (and Hot 100 topper) Kim Petras all spoke about the attack on the LGBTQ community, touching on the senseless tragedy as well as the queer community's resilience.

This meant that, while musical performances (and awards, of course) took up the majority of the evening, many of the more moving moments came from artists openly discussing the tragedy.

There was still joy to be found, whether it was in the energetic chemistry of surprise guest Cardi B joining Glo Rilla or Taylor Swift Stanning for her fans during three AMA acceptance speeches.

In addition, Smokey Robinson's long-running friendship with AMA Icon Award honoree Lionel Richie provided a few laughs, culminating in an all-star sing-along to a '80s smash hit with both Richie and Robinson on stage.

Check out the best moments from the 2022 American Music Awards below and video report below.

American Music Awards 2022: Highlights and What You DIDN'T See on TV

Cardi B, last year's AMAs host, made an unexpected appearance during Glo Rilla's performance to spit her verse on their collaboration "Tomorrow 2."

Cardi sailed past the network TV profanity speed limit in a purple convertible, but even with half of her verse bleeped out, Cardi's palpable joy at sharing the stage with the rising rapper made their pairing the night's best performance.

Smokey Robinson's remarks to AMAs Icon Award recipient Lionel Richie were filled with the warmth and affection that can only come from a decades-long friendship.

Robinson's affection for Richie and the room was palpable, whether he was joking about signing people's albums with Lionel's name when the two were mistaken for each other (which is apparently a thing?!) or recalling hosting the very first American Music Awards in 1974.

Taylor Swift made a surprise appearance at the AMAs, taking the stage three times to accept AMA awards, including artist of the year.

Swift was wearing a wavy hairdo with some "Enchanted" bounce while thanking fans "for caring" about her re-recorded albums and giving "All Too Well" a robust second life in its 10-minute form.

We may "Never Grow Up" when it comes to fan theories, but we've been "Haunted" by Speak Now visions ever since.

Kim Petras may have become a first-time Hot 100 topper this year with "Unholy" with Sam Smith, but she's been a dance-pop demimonde icon for over a decade. So it felt genuine and personal when the singer addressed the night:

I can’t stop thinking about Colorado today. Gay clubs raised me, basically. And I can confidently say that no one loves pop music more than gay clubs. So, my heart goes out to you.

Dove Cameron brought brooding, jazzy torch song vibes to her performance of top 20 Hot 100 hit "Boyfriend," leaving us eager to see what else the rising star can bring to future award shows.

Furthermore, her acceptance speech for best new artist at the AMAs was an honest, necessary highlight. In the face of hatred and grief, she honored the LGBTQ community and reminded people that organizations such as GLAAD and The Trevor Project are always available to assist LGBTQ people in need.

Pink opened the 2022 AMAs with a roller disco bang, roller skating into the Microsoft Theater and delivering "Never Gonna Not Dance Again" complete with a conga line, after dangling in the air, riding a lawnmower, and scaling a building during previous awards show performances.

Wayne Brady, a multi-hyphenate (and season 2 Masked Singer winner), was a solid host, at ease on stage and adept at handling transitions that other first-time AMA hosts sometimes struggle with.

He also paid tribute to the late Takeoff and the victims of the Club Q shooting, which occurred only 24 hours earlier.

The American Music Awards this year were a true celebration of art and spectacle! The star-studded extravaganza honored some of the biggest names in music while also delivering some jaw-dropping live performances.