6 Untold Facts About Dwight Schrute to Keep You Entertained 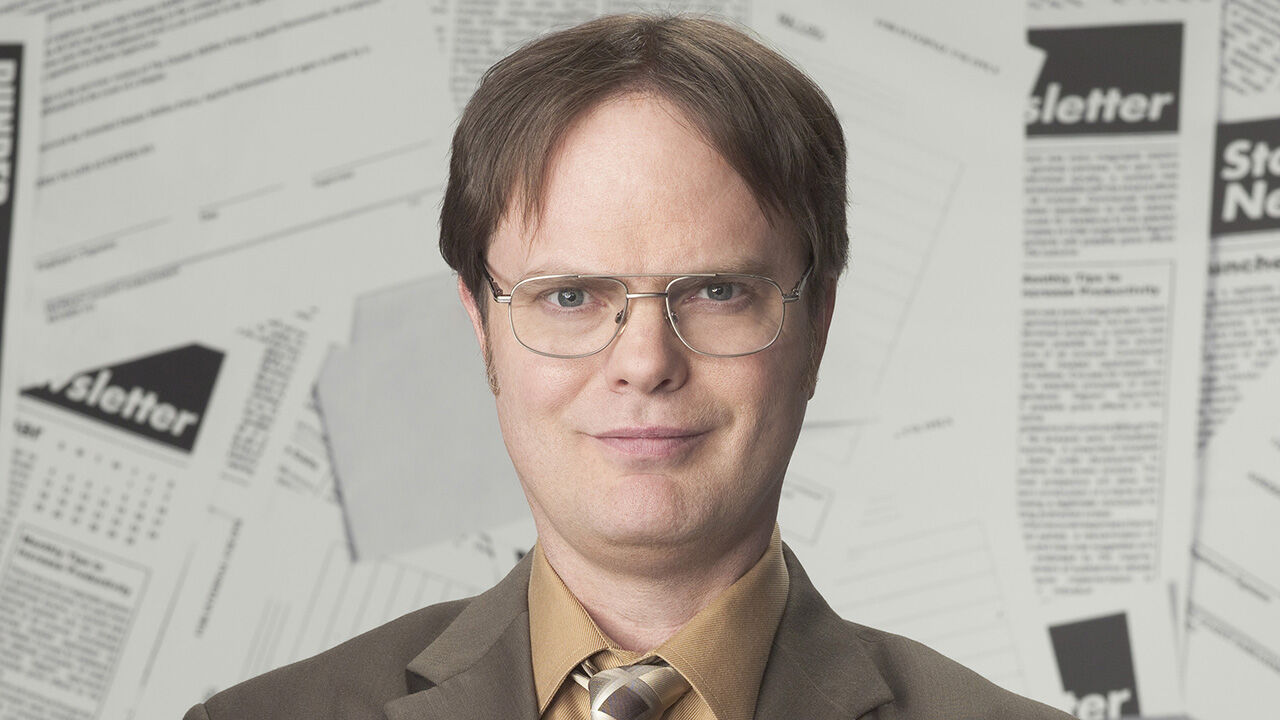 Dwight Kurt Schrute III is a character in the series, the office, portrayed by Rainn Wilson. He was a salesman and assistant to the regional manager of a paper distribution company.

Dunder Mifflin is the name of the company, Scranton branch. He was promoted to the position of regional manager in the final season. Dwight is hard-hearted and he will do anything for the then Regional Manager Michael Scott. Wilson’s fantastic performance created a well-loved character in TV history.

He was initially based on Gareth Keenan of the original UK version of the series, but Schrute went on to become a unique freak. He did not trust anyone except Michael.

There is a time he is willing to believe faxes sent by Jim Halpert, who was claiming to be Dwight from the future. His collection of complex contradictions makes him more popular.

Dwight is also a bed-and- breakfast owner at Schrute Farms, a beet plantation owner. As from season 7, he becomes the owner of the business park in which his work company is located. He lacks social skills and common sense.

Moreover, Dwight loves martial arts and justice systems, and seemed to be always in a fight with fellow salesman, Jim Halpert.

That was a nice recap of who Dwight Schrute was, however, there are many unknown truths about Dwight Schrute. Here are some interesting facts about the character you did not know.

1. Seth Rogen Could Have Played The Dwight Schrute Role 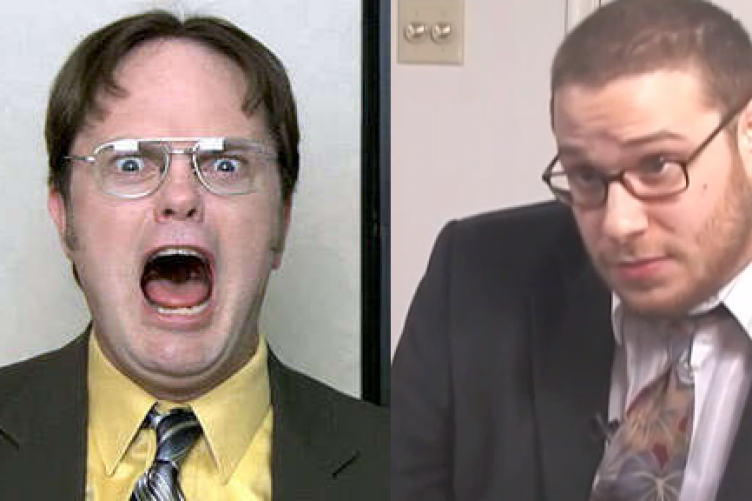 Rainn Wilson plays the role so well that it is hard to imagine someone else doing it. A famous comedian auditioned for the role of Dunder Mifflin Scranton’s fire safety chief (Dwight Schrute), but he did not get it.

Seth Rogen and other stars were revealed in the final season as some of those who auditioned for roles in the series. Famous Bob Odenkirk auditioned for the role of Michael Scott, Adam Scott and John Cho tried for Jim Halpert and Kathryn Han took a crack at Pam.

A clip of Rogen’s audition is shown as he talks about the benefits of cleaning someone’s wound with urine. His body language and deliverance of words is unconvincing to be Schrutish. If it was a Dwight Schrute performing the same line, he would be condescending and obnoxious. Rogen seemed to suit the character of Kevin the accountant.

Dwight Schrute was always worshiping Michael Scott, and he did not hide his desire to take Michael’s office. Sometimes art can imitate life itself. Wilson initially did not audition for the role of being an assistant to the regional manager. He really wanted to be the top boss himself.

The regional manager was everyone’s favorite role. Wilson’s audition did not go as he expected. However, if you consider how good Wilson is as Schrute, there is little harm done. Steve Carell did equally well as the clueless Michael Scott.

3. Schrute Farms Is Sort Of Real

In season three, we see the farm as just a beet plantation where teenagers love to hang out. Jim and Pam visit the farm in season four, and it has been turned into a bed and breakfast destination. Some manure-related activities could be seen, but Jim and Pam left a wonderful review on TripAdvisor for Schrute Farms.

Since the office is somehow over and no other TV series being acted on the farm, TripAdvisor maintains a page for Schrute Farms. You can book a stay on the farm, and it is listed as a bed and breakfast in Honesdale, PA.

Schrute Farms currently has an average rating of 4.0 stars with over 1100 reviews. The comments are wonderful with some applauding Dwight’s power drink made from beet.

4. Dwight Schrute, Rainn Wilson And The Strength Of A Little Baby 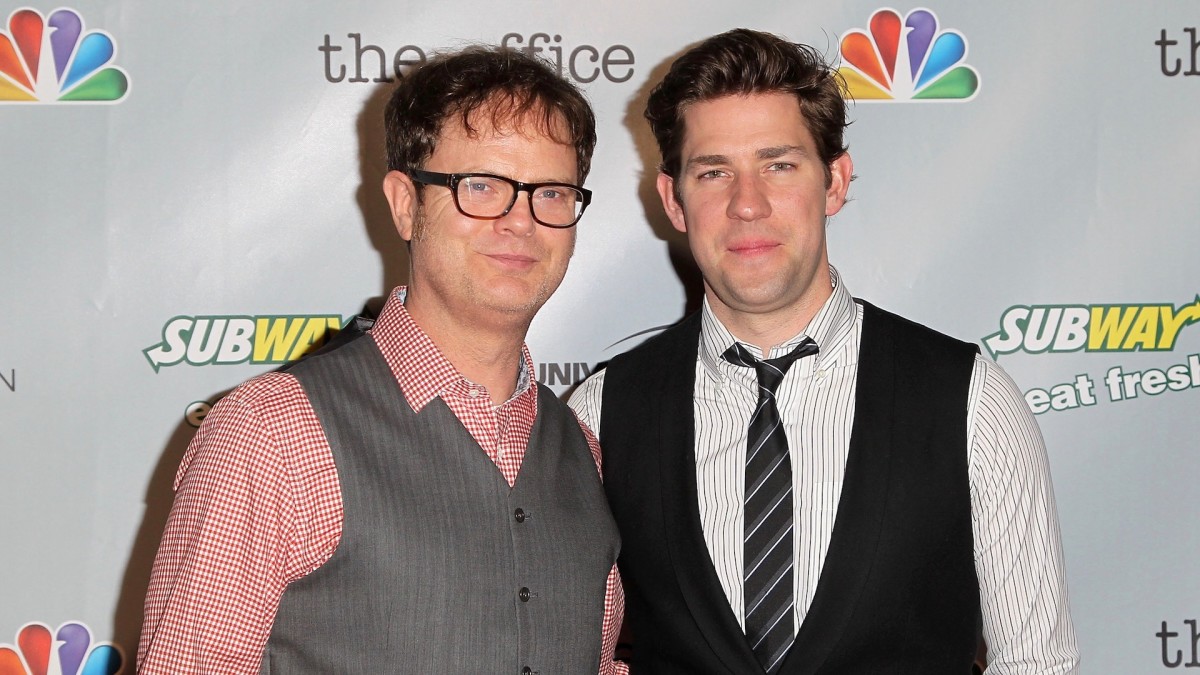 During the ‘Grief Counseling’ episode in season three, Michael Scott calls all his employees for a therapy session. Despite other employees being tight-lipped, Dwight was willing to talk. He shared the story of his birth. He claimed to have shared the uterus with a twin but he conquered him, eventually killing him. Schrute does not regret the killing because he believed it gifted him with the extraordinary ‘strength of a grown man and a little baby.’

Rainn Wilson in his 2016 memoir, The Bassoon King, describing his big head at birth now does not seem coincidental. The descriptions he uses are mind-blowing with one saying “white, bloated, Macy’s Thanksgiving Day parade head.”

Such is evidence that Wilson has an issue with his baby photos. These few issues, possibly reflected in his character’s story about killing his twin like a tiny cannibal.

Some years back, The Daily Show with Jon Stewart hosted the then-Republican candidate for US presidency, Senator McCain. He was asked of his running mate, and he joked that he would take “that guy from The Office.” Senator McCain had forgotten the character’s name and Jon Stewart helped by saying “You heard it here first, Dwight Schrute.”

Dwight Schrute responded a week later on The Tonight Show with Jay Leno. Rainn Wilson said Schrute would only agree to be McCain’s running mate if his ridiculous demands were met. Some of the demands were an Iron Man suit, the right to use Air Force One whenever he wanted, and government research into beets as an alternate fuel source.

Clearly, these were all jokes. We could not imagine Dwight giving Mussolini speeches at the White House. It would have been sad to lose such comedic potential.

6. Dwight Schrute Nearly Took Us To The Farm 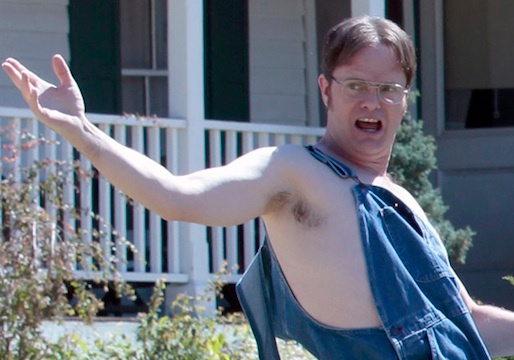 NBC was considering a new series related to the office in 2012. The Farm would have been a family comedy with which many Office fans had grown familiar with through Schrute Farms. Matt Jones would have featured as Dwight’s cousin Zeke, Thomas Middleditch as Dwight’s brother Jeb, Majandra Delfino as Dwight’s sister Fannie, and Tom Bowyer as Dwight’s Nazi Uncle Heinrich.

In October same year, Wilson passed the news that NBC had passed the series, though he had fun making the pilot. Vulture writer Matt Schimkowitz noted that Dwight was better as an antagonist to Jim Halpert. Making Dwight the lead actor in a comedy series about a disunited family in which he is to bring changes. These changes included turning Dwight’s role into a likable person. All in all, it was best that The Farm was brushed off.

Sadly, The Office will leave Netflix in 2021. Younger fans will inevitably come to appreciate the joy of The Office and the wisdom of Dwight Schrute. Dwight once said, “When someone smiles at me, all I see is a chimpanzee begging for its life.” We can believe that there are many more people who are yet to become fans of this beet farmer. You can always enjoy an episode of The Office after taking a trip to the Washington Square Mall for other fun activities.