When researching computer processors, one parameter that will attract your attention, aside from the clocking frequency, is the one specifying the number of 'Cores' and 'Threads.' Our goal is to thoroughly explain the terms core and thread, as well as the differences between them.

So, what exactly is a core? A core is a physically distinct CPU (central processing unit) or a processor that runs on its own.

Two types of core processors are as follows:

Single-Core has primarily two drawbacks. First is that you must raise the clock time to perform the tasks much faster. Second, optimizing the clock time causes the processor's power consumption and heat dissipation to skyrocket, rendering it inefficient.

These drawbacks have been given solutions in multicore processors. A multicore CPU combines numerous cores or processors into a single piece of computer hardware. Each core can run on its own while sharing resources with the others.

The L1 processor cache is dedicated to each independent core, while the L2 and L3 caches are shared. Older CPUs, such as the Pentium 4, only had one core, whereas modern processors have a dual, quad, six, and even eight cores.

By splitting the processing workload among themselves, several cores can boost multitasking power.

Now that we have explained what core means, let's delve into threads.

A thread is a component of a process or a series of instructions executed by a processor's core. A single process is divided into numerous threads, each of which can be run by one of the many cores found in modern Intel and AMD CPUs. A CPU's capacity to manage several processing threads is known as multithreading.

Threads can be spread among the cores in a variety of ways. Synchronous multithreading allows two threads to be run at the same time on a single core in a dual, quad, or octa-core CPU. So, if a processor's settings specify 8 threads, that indicates the chip can handle 8 processing tasks at the same time.

To conclude, a core is a separate CPU or chip that is combined with additional chips to form an integrated circuit, referred to as a multicore processor, and a thread is a series of instructions from a computer process that is executed by the core. 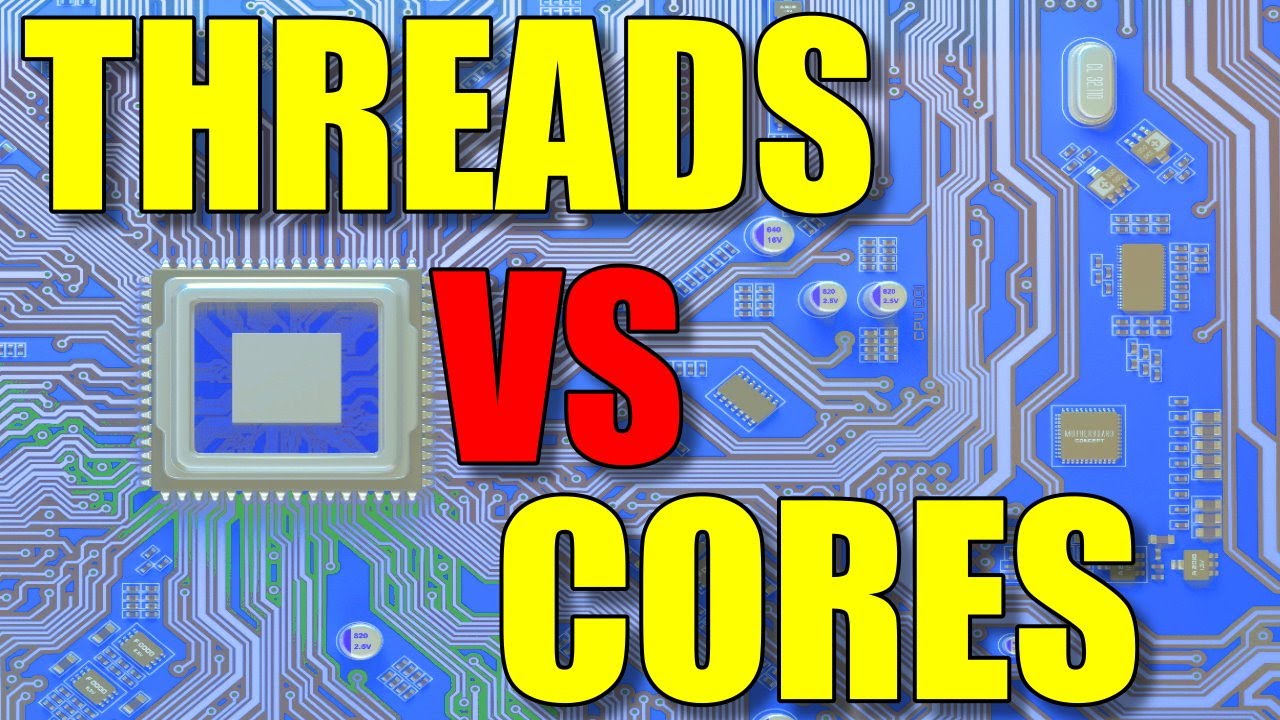 Is it better to have more cores or threads? Essentially, more cores and threads always equate to better performance. Multiple threads will improve some productivity-oriented apps, such as video editing, whereas only some games will profit from them.

A "core" is a physical portion of a processor that can manage processing on its own, whereas a "thread" is the number of actual processes the processor can perform at the same time. Intel has invented a technique known as "hyper-threading," which enables one physical core (which could previously only manage one thread at a time) to now handle two threads at the same time.

Hyper-Threading, a feature that allows each core in an i5 or i7 multicore CPU to handle two different process threads at the same time, is the reason for Intel's recent victory against AMD.

For a simple explanation, with more cores, you will simply get higher performance because you will be able to distribute all of the work among more core processors.

If you think of a core as a brain and a thread as an idea, then you can only have one idea per brain if you have one core and one thread, but if you add another thread to the mix, you can have two ideas per brain. Just to be clear, this isn't exactly how it works; it's way more complicated than that.

More physical cores are preferable than more threads, as a general rule. So, if you were comparing CPUs with 4 cores and 8 threads, it would be better than 2 cores and 4 threads. The more threads your processor can handle, the better it will perform, and some more intensive apps (video editing, CAD, CAM, compression, encryption, and so on) will need more than one core at a time.

Multi-threaded processors are required if your workload includes heavy tasks such as video editing. Intel and AMD both offer a wide range of multi-core, multi-threaded consumer processors. If you plan on streaming or filming game footage, you should upgrade to a six- or eight-core processor if you don't want to spend the money on a dedicated system. I hope this article helps!